Okay, so here's the thing: this look has taken a few twists and turns since I first originally came up with it. I did so aaages ago, when I was trying to both get my Elsa on and practice with colours to try and copy a look that Perdita Weeks had at the start of the year -- of course, I kind of failed like a snail at both. What I kind of came up with instead is still pretty nice, though, and I think it makes for a pretty daytime look whether you're in summer or winter.

I'd taken pictures the first time I did it (because why wouldn't you?) and I'd originally labelled it as a purple smoky-eye, because that's what it kind of turned out to be. 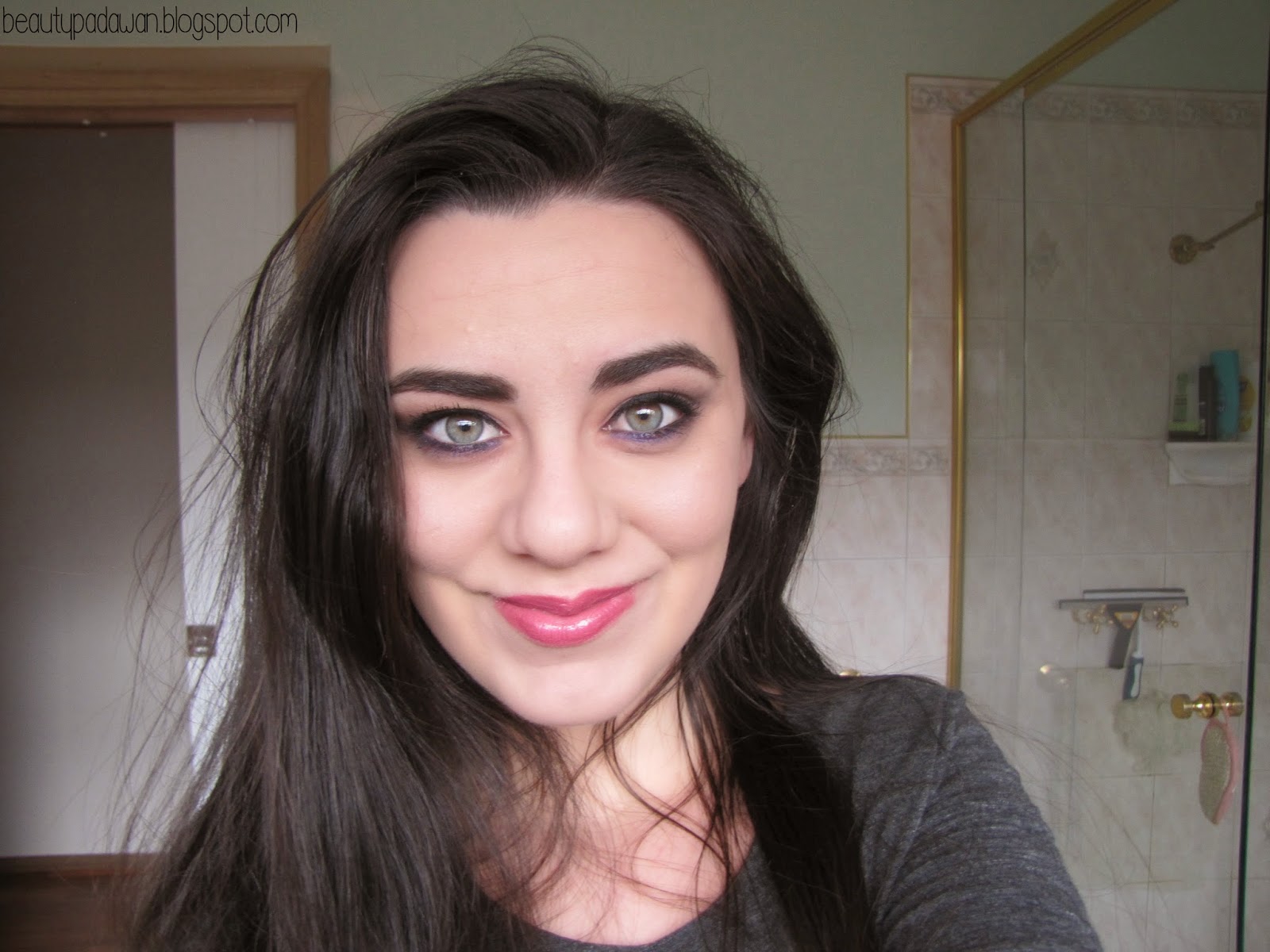 Not so much when I re-created it for this post.

The products that I used, however, where pretty much all the same. Except not really -- not for this particular post -- because I decided to change it up at the last minute, swapping out one key ingredient of this cosmetic cocktail for another.

"Just tell us already, get on with it!" I hear you shout in an Angela Anaconda-like manner.

My big changeover? I originally used the Too Faced Chocolate Bar Palette, but decided to switch out for the I ♡ Makeup I Heart Chocolate Palette and see how it went. As it happened, I much preferred the results with the I Heart Chocolate palette. 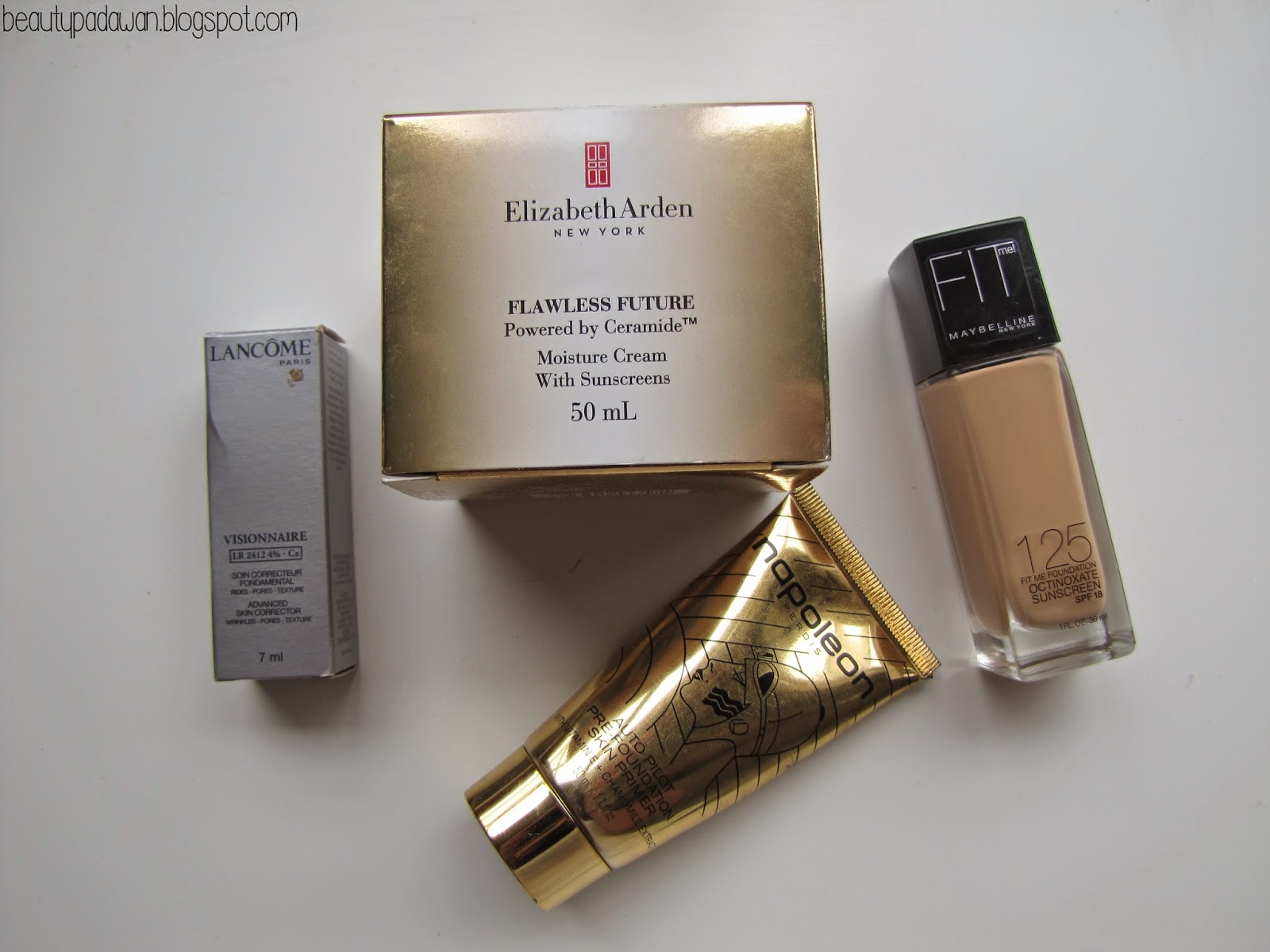 I started off by applying a small amount Lancôme Visionnaire Advanced Skin Corrector all over my skin. I've found that this does actually seem to smooth out my skin a little bit -- and I'm normally unable to tell if there's any change to my skin with any kind of product! Then I applied a little bit of Elizabeth Arden Flawless Future Moisture Cream (because that's just what you do), followed by the Napoleon Perdis Pre-Foundation Skin Primer. I don't tend to reach for this primer too much anymore, so I'm currently trying to use it up to see if I can see myself repurchasing it later down the road. 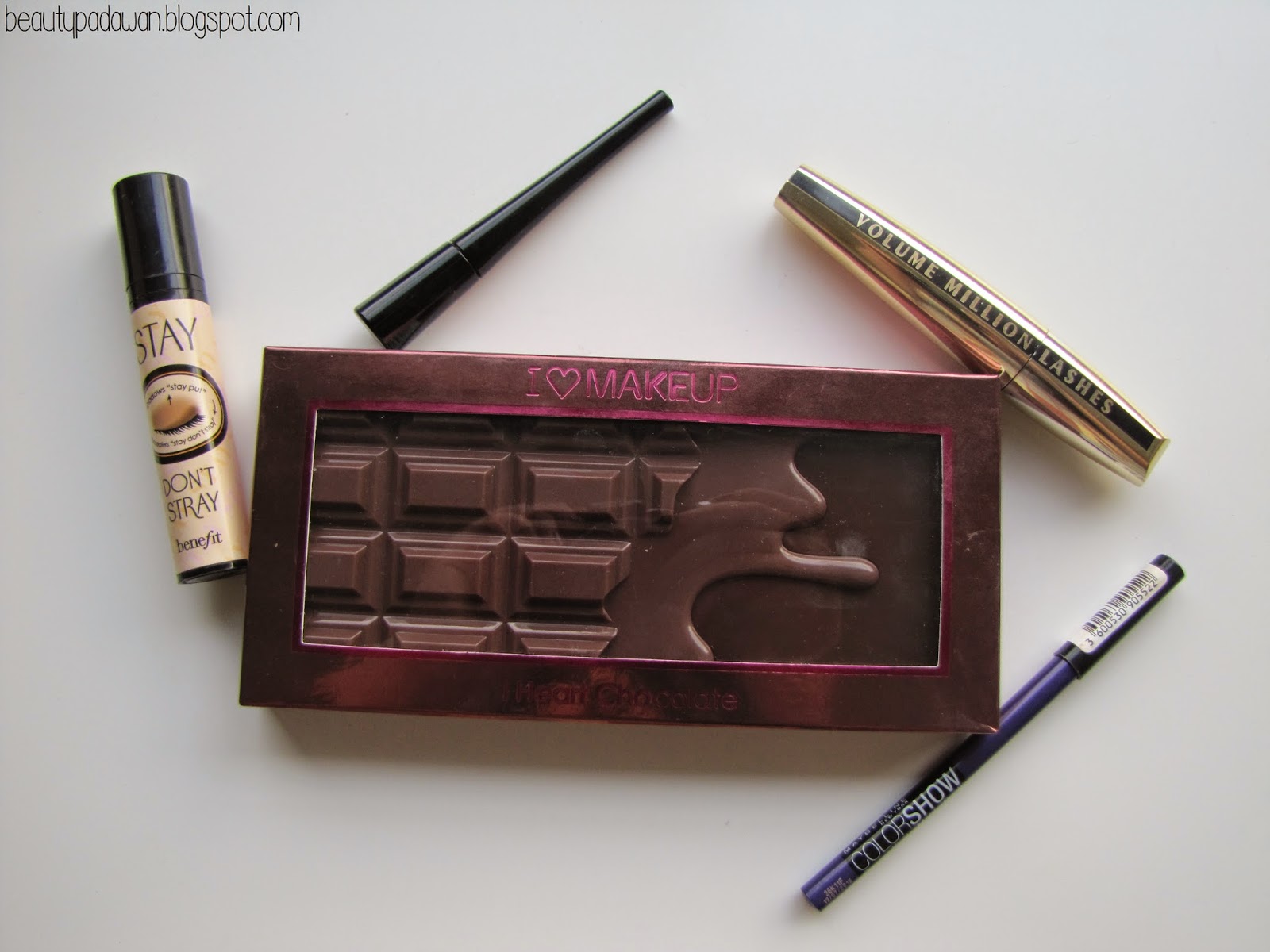 While I let the foundation settle, I primed my eyes with Benefit Stay Don't Stray. While I wasn't too keen on this when I bought it over a year ago, it's currently my go-to primer and I love it! Then, using the I Heart Chocolate Palette, I packed "Meet Chocolate" over the first two thirds of my lid. Then, with the other side of the same brush, I applied "What A Way To Go" on the outer third, taking it just slightly into the crease. You may notice that your eye looks like it's been whammed with a brick. I certainly did. Then, with a crease brush, I took "Unforgivable" and put it into my crease, blending it a little into the "What A Way To Go". You may need to dip back into "Meet Chocolate" and "What A Way To Go" to brighten up the colours!

If you've got the Chocolate Bar palette and want to use that, swap "Meet Chocolate" for "Strawberry Bon-Bon", "What A Way To Go" for "Cherry Cordial", and "Unforgivable" for "Candied Violet".

In the first very picture, you should (and there's a lot of hope placed on that word) be able to see that I kind of winged out "Candied Violet", so that it gave something of a smoky effect (or so I hoped). While my intention had originally been to do that when recreating it, I completely forgot about it and instead just kept it on my lid. When I used the I Heart Chocolate palette, I winged out "Unforgivable" just a little. Basically, how much you do or don't wing it out is up to you!

From there, I did my liner. In the original picture, I used my MAC Fluidline Eyeliner in "Rapidblack" and left it neat and tidy, choosing not to wing it out. The second time around, I winged it just a touch with the Maybelline Hyper Glossy Liquid Liner, because it's the bomb and I hate working with Fluidline. Then I used Maybelline Color Show Crayon Kohl Liner in "Vibrant Violet" along my lower lashline, making sure that I got it on my waterline so as to make it look a little thicker. My waterlines get quite watery, so nothing really lasts for too long, but it looks amazing while it lasts! For mascara, I used L'Oreal Paris Volume Million Lashes Mascara -- it's a great drugstore mascara that gives me a great amount of volume and length. 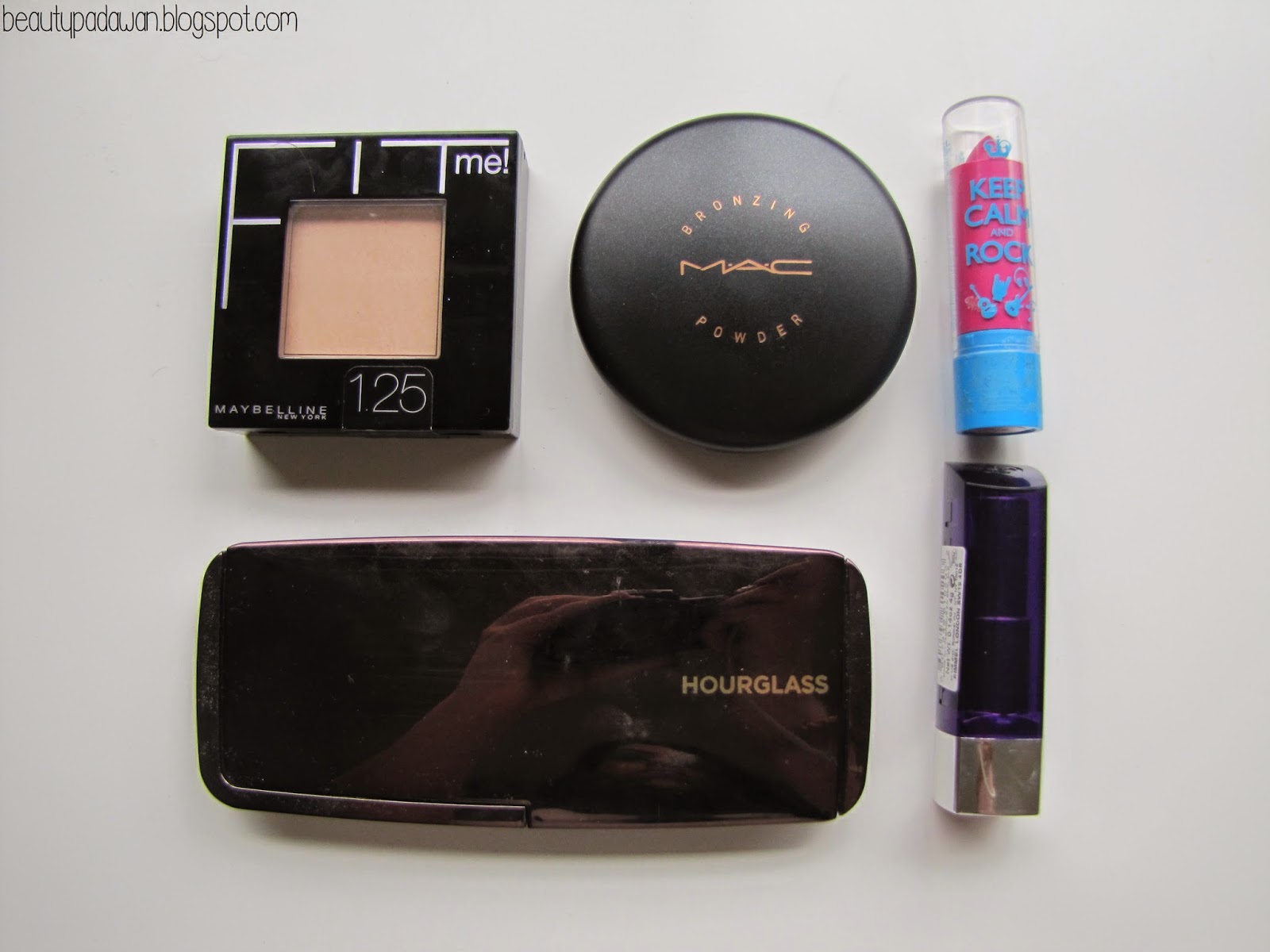 Then it was time to finish off my face! I first applied the Rimmel London Keep Calm Lip Balm in  "Berry Blush" (or, in my opinion, "Keep Calm and Rock") on my lips to prep them and get them all niiiice and soft. I dusted Maybelline FITme! Pressed Powder in "125" all over my face (as though that was going to help set it), then contoured with MAC Bronzing Powder in "Matte Bronze". With a buffing brush, I used "Incandescent Light" from the Hourglass Ambient Lighting Palette instead of blush along my cheeks, as well as my nose and cupid's bow. At that point I wiped off any excess lip balm and applied Rimmel London Moisture Renew Lipstick in "Piccadilly Pink" -- but if that's a step too much, just the lip balm itself looks nice!

And then we have the finished look! 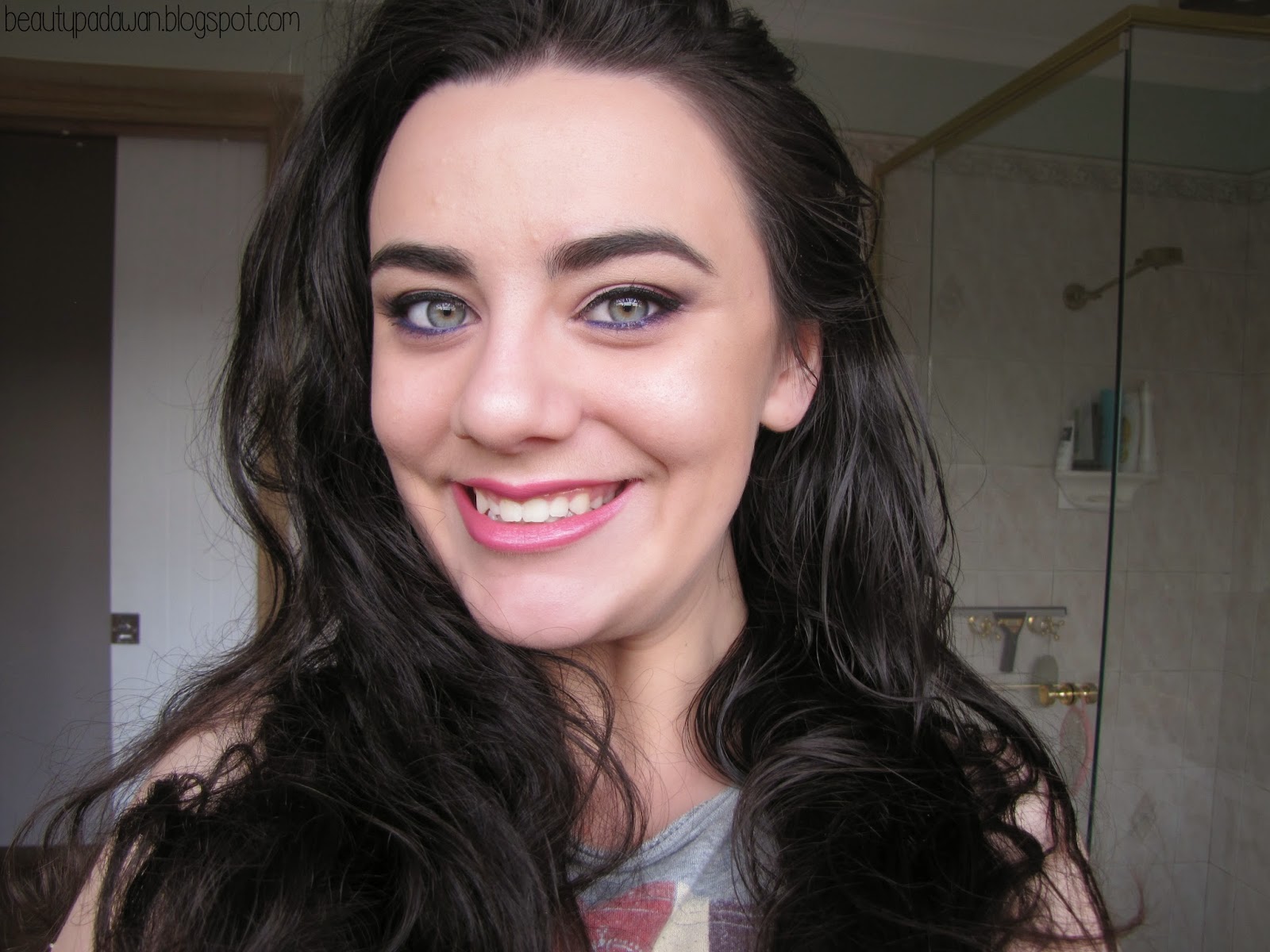 I can easily show you why I decided to head for I Heart Chocolate over Chocolate Bar. Perhaps I'm just a bit out of practice with colours because I've been sticking to either browns or winged liner on its own lately -- maybe it's my Padawan special ability to have zero skills -- but I wasn't happy with the colours were sitting on my lid. 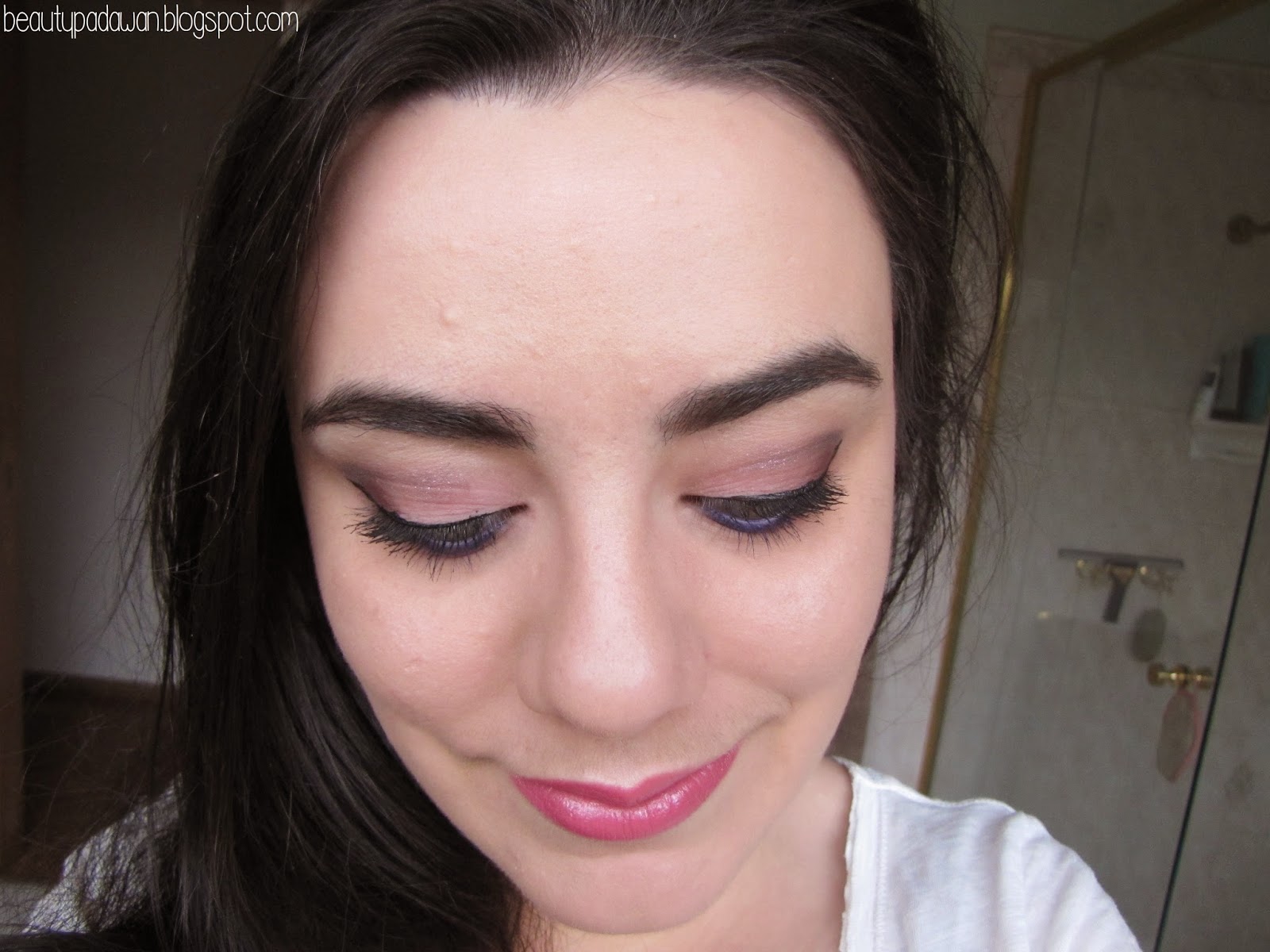 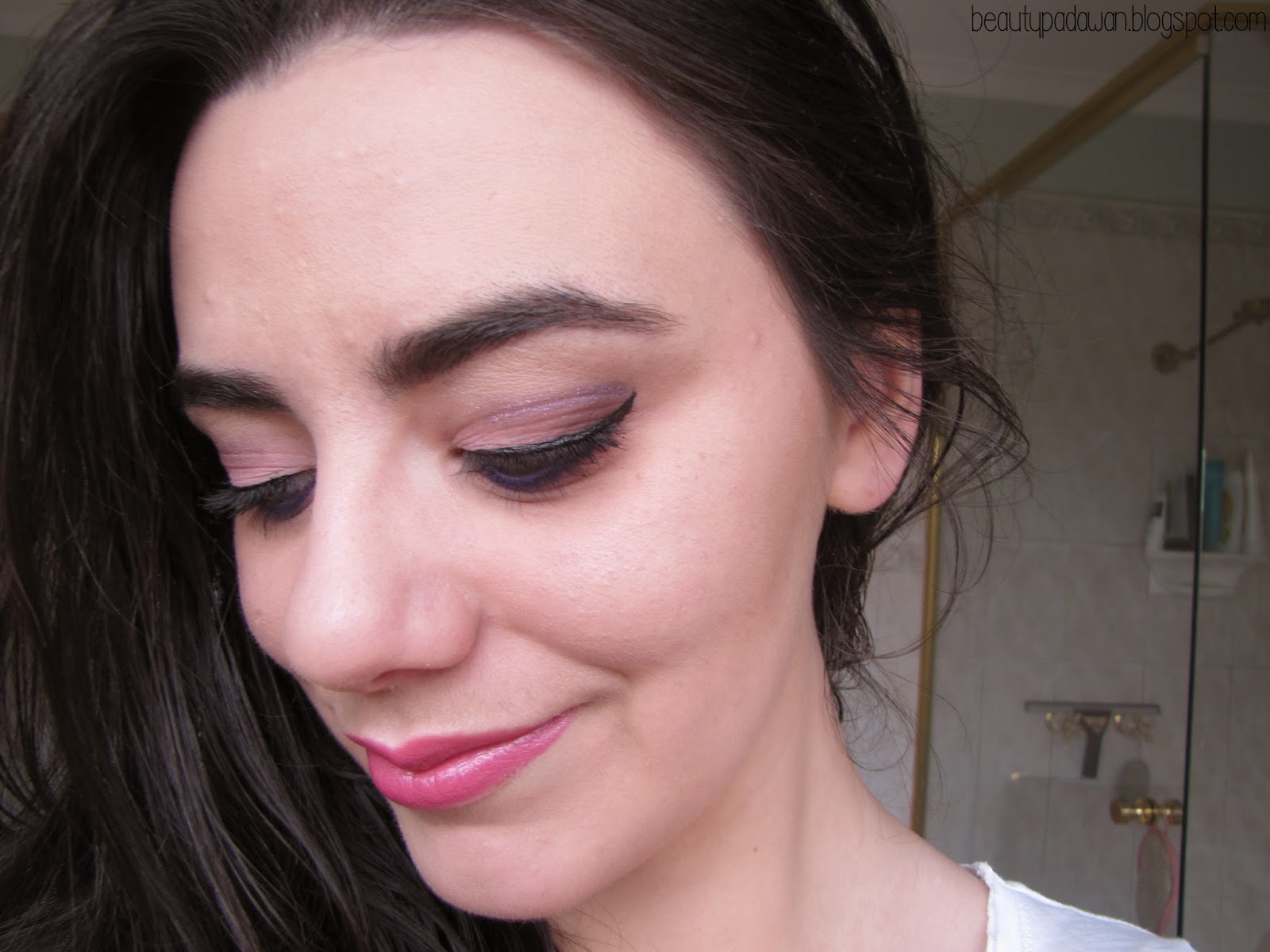 And now let's see how the I Heart Chocolate palette did. 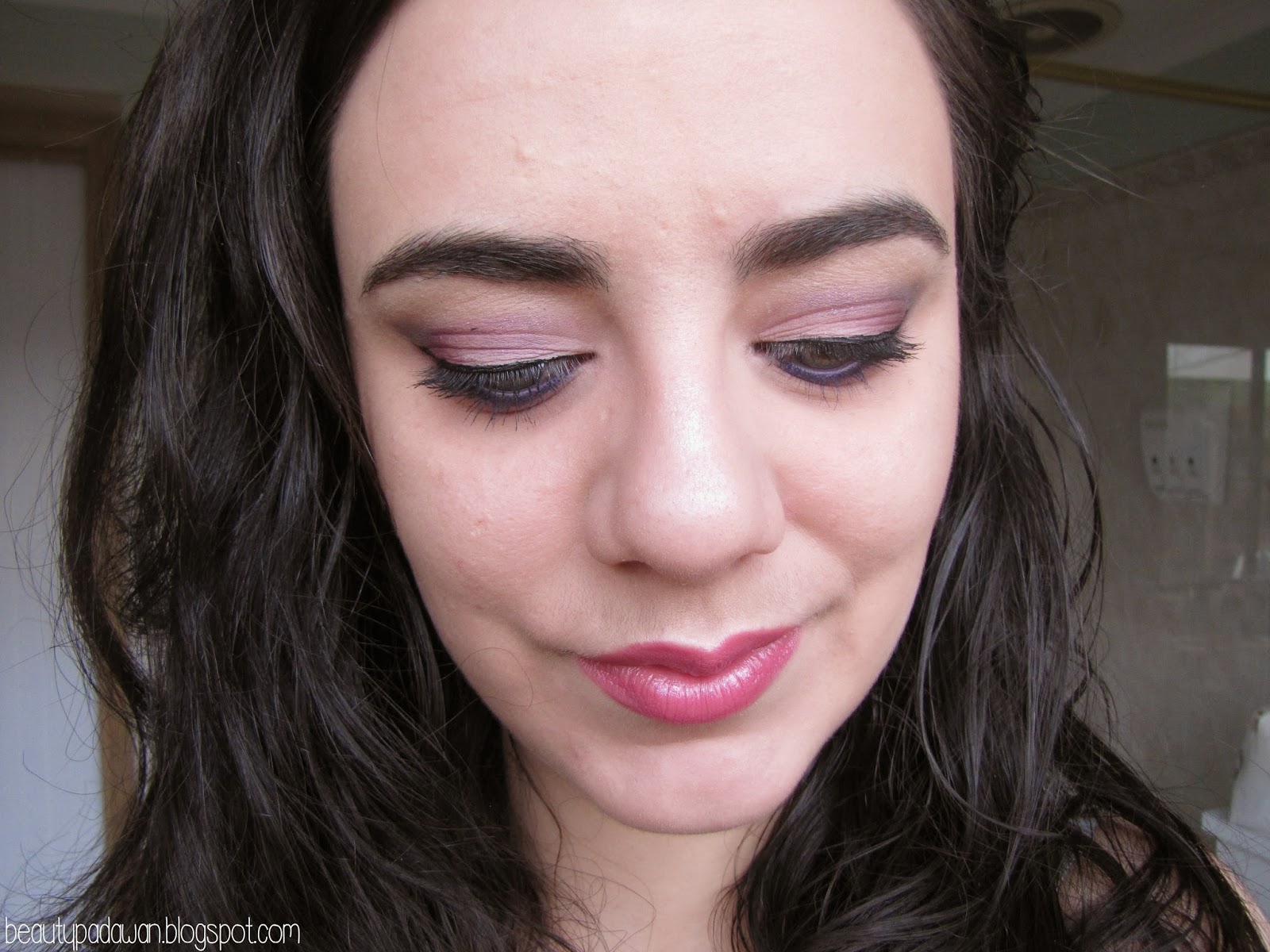 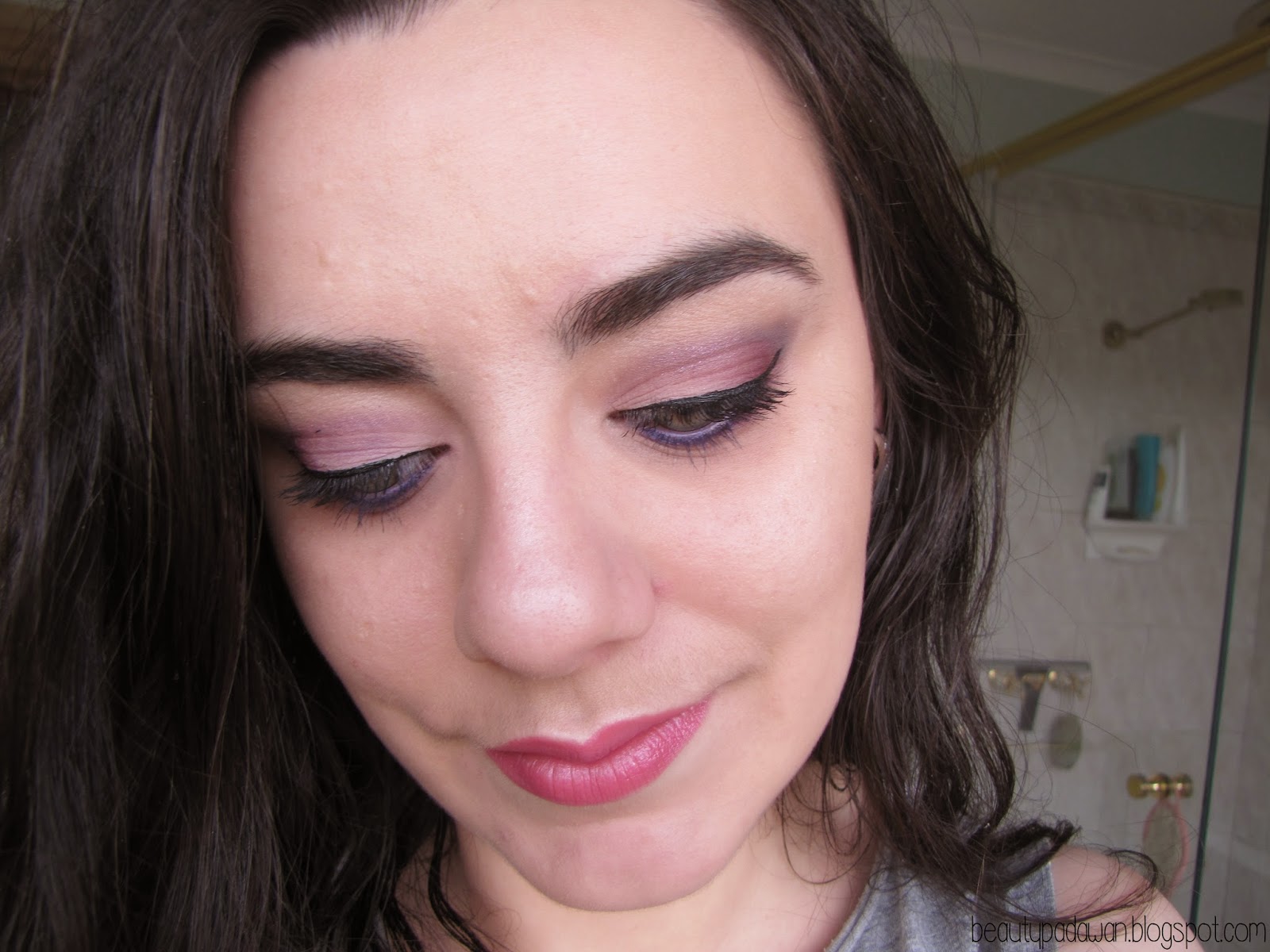 See what I mean? Given that you could, at face value, take it as a dupe for the Too Faced palette, I'm not yet too sure why it's worked better for me in this instance -- from a distance, there's no huge difference in look -- but it has worked better and, not gonna lie, it makes me love this palette even more!