As the iconic Vanessa Vanjie Mateo once said...

Bitch, I'm back!
Well, let's be real, who knows whether or not I'm back regularly? While I have tried to come back to blogging behind the scenes and have stopped and started many, many posts, it has been a really eventful, life-changing, difficult two and a half years.

Before I get started on that, however, I'd firstly like to give a shout-out to Charlotte of By Charlotte Ann, who gave me the A-OK to use her Sunday Share post structure. Her blog is leaps and bounds above mine, so it's incredibly kind of her to let me use it.

So I'm a teacher now! That interview I went to in my last blog post? Turns out I was successful! I landed my first full-time teaching gig aaaaaand my mental health took the biggest battering it has truly ever taken. I've learned some really difficult life lessons in a really difficult way, but ultimately I've grown a lot -- there's something to be said for that.

Where I am now, I'd say I'm generally a lot happier. The job isn't any easier and I've certainly had my fair share of frustrations, but I've made a lot of positive strides and I can feel myself improving all the time. 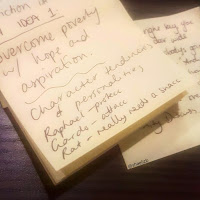 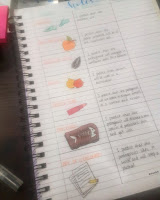 
I recently bought a three-month subscription to Zenpop's Ramen Pack, so I've eaten a couple of the ramen packets in that. I think my favourite so far has been the very first one I tried, QTTA Tomato Cheese Cream Ramen. It was absolutely ~delicious~ and it's the kind of thing that I could eat again and again. I think the sign of a good instant cup noodle is whether or not you can finish the soup, and this soup was delicious.


I have so many books on the go, it's actually ridiculous. I run a book club with my Year 7 class and I'm meant to keep up reading the books that they're reading, but to be honest... it's been challenging, and at the moment I haven't been able to do it.

I have been pacing myself with the student texts for this term, which are Holes by Louis Sachar and Trash by Andy Mulligan. Both are books that I've read before, so there's nothing new for me there. I have attempted to listen to an audiobook -- Murder in a Nunnery by Eric Shepherd -- while I'm in the car driving to and from work. I think I'm technically about 65% through it, but I know that there are times when I've zoned out and missed parts of the story. I don't mind audiobooks, but I do find it difficult to always give them my full attention.


I really enjoy watching TV, though there are so many shows out there that it's hard to keep up with everything, especially when work becomes super hectic. That being said, I always make time for two shows: The Good Place and RuPaul's Drag Race UK. "The Good Place" is hilarious, and such the perfect little break on a Friday night -- I'm kinda sad that this is the last season! It is absolutely the type of show that I would buy on DVD.

"RuPaul's Drag Race UK" is the first season of the original flagship show from the US. I tend to enjoy a British sense of humour but I like to keep my humour clean -- sometimes what these queens have to say is filthier than the Thames was just before it caught fire. My favourite contestants so far have been Sum Ting Wong, Baga Chipz and Vivina de Campo. Sum Ting Wong was eliminated on this week's episode, however, so I'm a little bit sad about that.

Terrace House: Opening New Doors has also been something I've been watching a lot of during the last few weeks. If you haven't heard of Terrace House at all, then you need. to. get. on. it. It's essentially a show about nothing, but it's so entertaining. Six strangers -- three men, three women -- move into a house together, they're given a couple of cars so that they can get to where they need to get to, and the whole thing is filmed. There's also a host of panellists who kind of watch along the show with you, which is what makes the show so unique. The Opening New Doors season is the third on Netflix outside of Japan, the first being Boys and Girls in the City followed by Aloha State; you don't need to watch them in order by any means, but the panellists do sometimes refer to events that happen in the earlier seasons, and it's nice to have the context.

This weekend I've also binge-watched Season 5 of Below Deck, which is an incredibly entertaining reality TV show about the yachting industry. The types of experiences that the guests have is certainly something that I'll never be able to have, and the absolute drama between the crew is almost positively delicious. It's kinda like that Gia Gunn meme, y'know?


I've become a massive podcast fiend over the last few years, going from having maybe six or seven podcasts that I subscribed to... to having over 130. Yup. It's become a problem. I'm don't regularly listen to all of them -- I genuinely don't think there would be enough hours in the week -- so what I listen to kind of depends on what I'm in the mood for.

Unsurprisingly, I've been listening to several Terrace House podcasts lately -- though after I finished Opening New Doors, I went online and checked on some of my favourite people... and when I kind of saw what I hoped I wouldn't (it's truly not as dramatic as it sounds), my desire to listen to anything Terrace House-related was immediately extinguished. Perhaps I just need some space for a little bit before I go back to it...

Still, my favourite podcasts are No Script At All, Tourist House and Tadaima. I'm subscribed to several more besides these, but these are my favourite at the moment.

So thaaaaaaat's pretty much it for now! I guess I'd like to know: what podcasts are you listening to at the moment?