When I found out on Twitter that Sarah from More Than Adored was setting up a daily Instagram challenge for December, I had to jump on board. After all, I was free from university commitments for the year and I was about a day away from jumping on board that Blogmas bandwagon, too -- who am I to say no to taking on more than I can chew?

It's a bad habit, but it's gloriously fun. It's like bungee-jumping for the mind.

Blogmas has to be the most insane thing I thought I could pull off since I created a video game in high school and decided I had to have a level for every single Pokémon -- and at that stage there were only 493. (Ha! "Only!" she says! -- Not, but really, there's almost 900 of them now.) Given that there are a lot of days until Christmas (blogging-wise) and not a lot of finished posts in my drafts folder, I thought it might be fun to bolster it up by showing what I've been doing for the first ten days of the Photo A Day challenge!

December 1st: Something I Can't Live Without

It's mascara. I love mascara. I will give up any and every other piece of makeup before I give up the bag of fifteen or so colourful beauties that pretty up my lashes. Can you believe that I've actually forgotten to wear it to work a couple of times? (Cue ducking from angry beauty bloggers.) 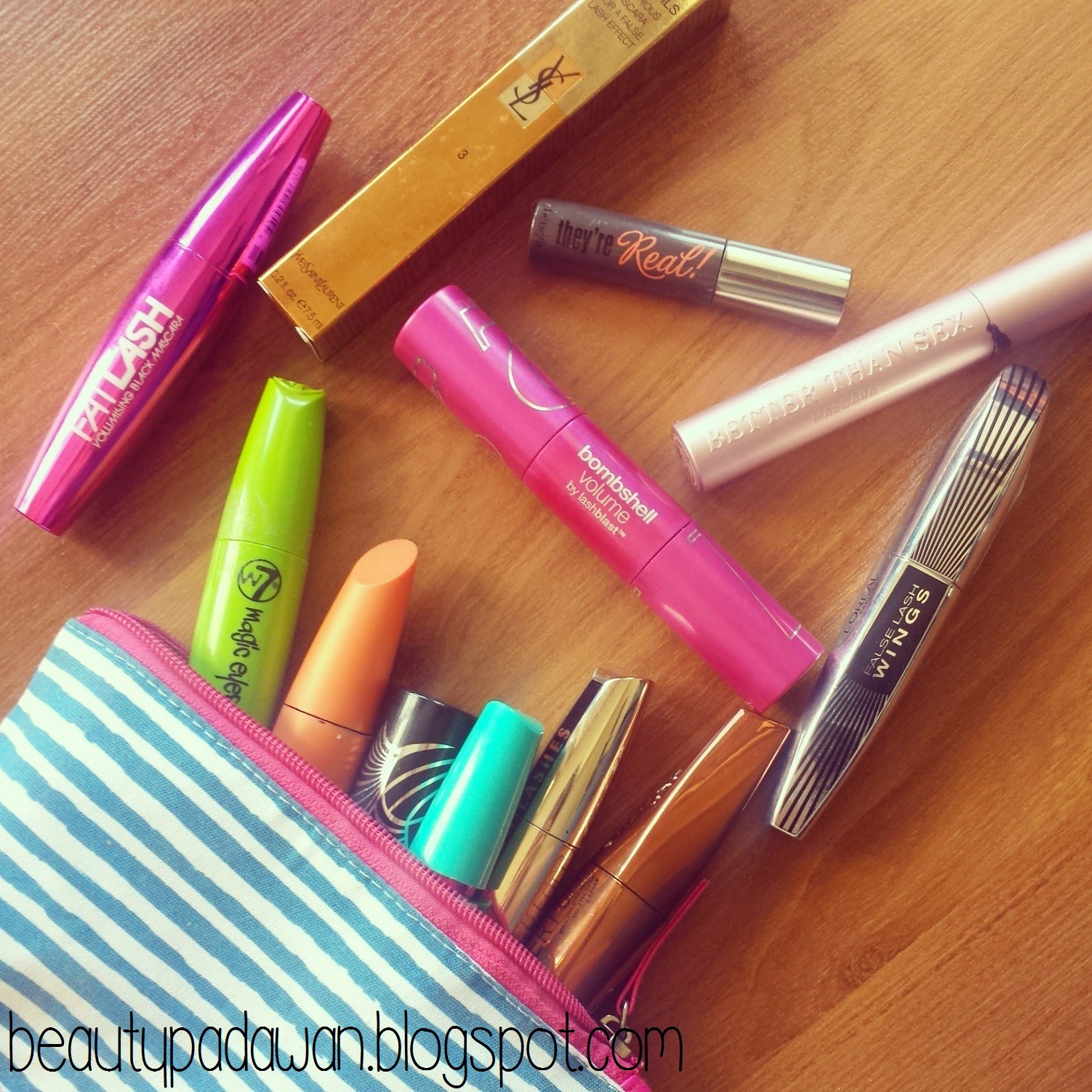 Breakfast isn't a meal I usually eat -- mostly because I forget it exists. However, I indulged for this particular requirement: two slices of Vegemite toast (aka food of kings), two English muffins with butter in case my brother stole my toast, and a cup of milk with Milo. -- Yes, that ratio of Milo to milk is 100% acceptable. There's also my DS because Pokémon is the bomb(dot)com. 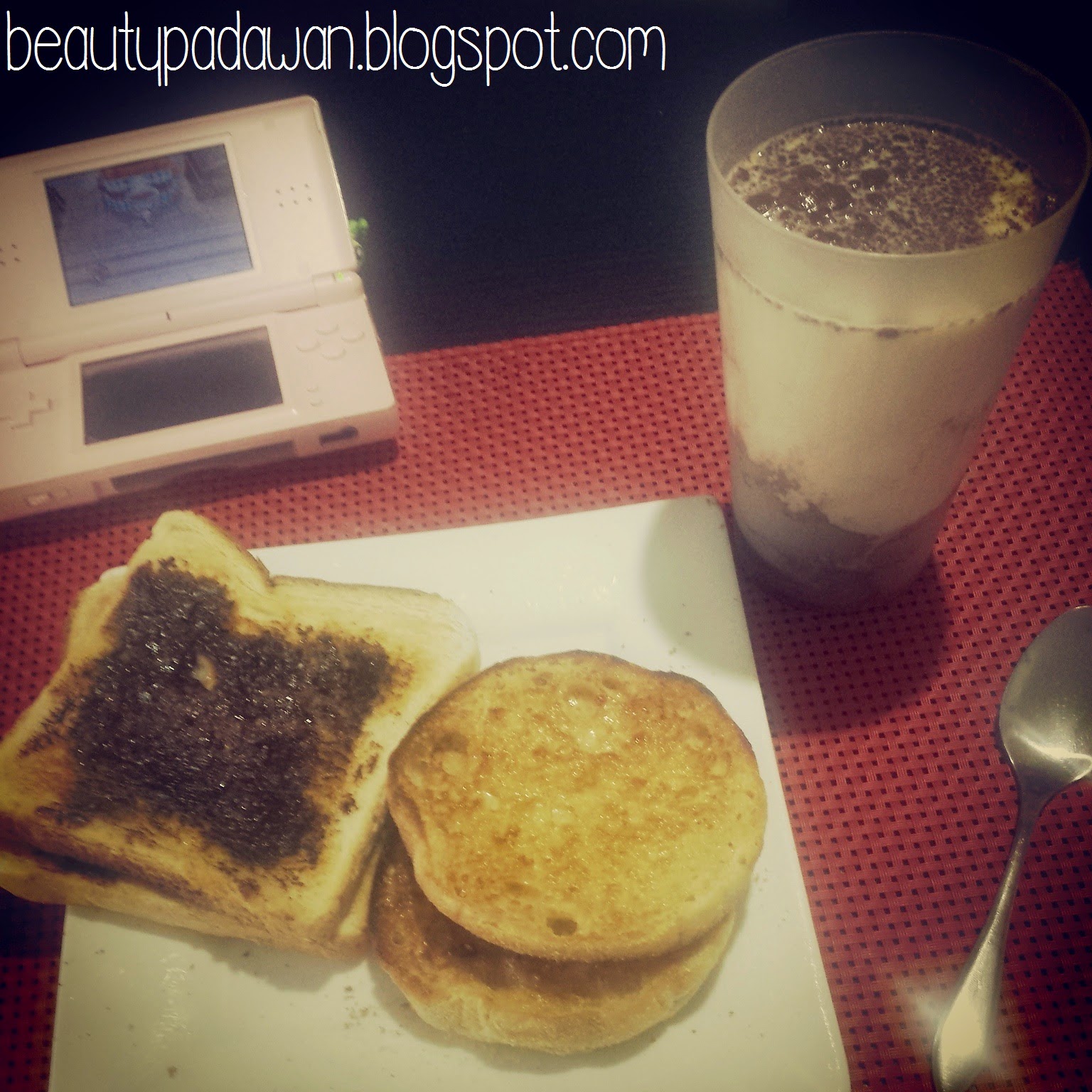 It turns out I'm a pink and red lipstick kind of girl. These ones are my favourite and I love them so: Rimmel Lasting Finish Matte by Kate in 106, Rimmel Moisture Renew in As You Want Victoria, MAC Good Kisser, Butter London Lippy in Primrose Hill Picnic, MAC Viva Glam Rihanna 1, MAC Hearts Aflame, and Napoleon Perdis Lipstick in Olympia. 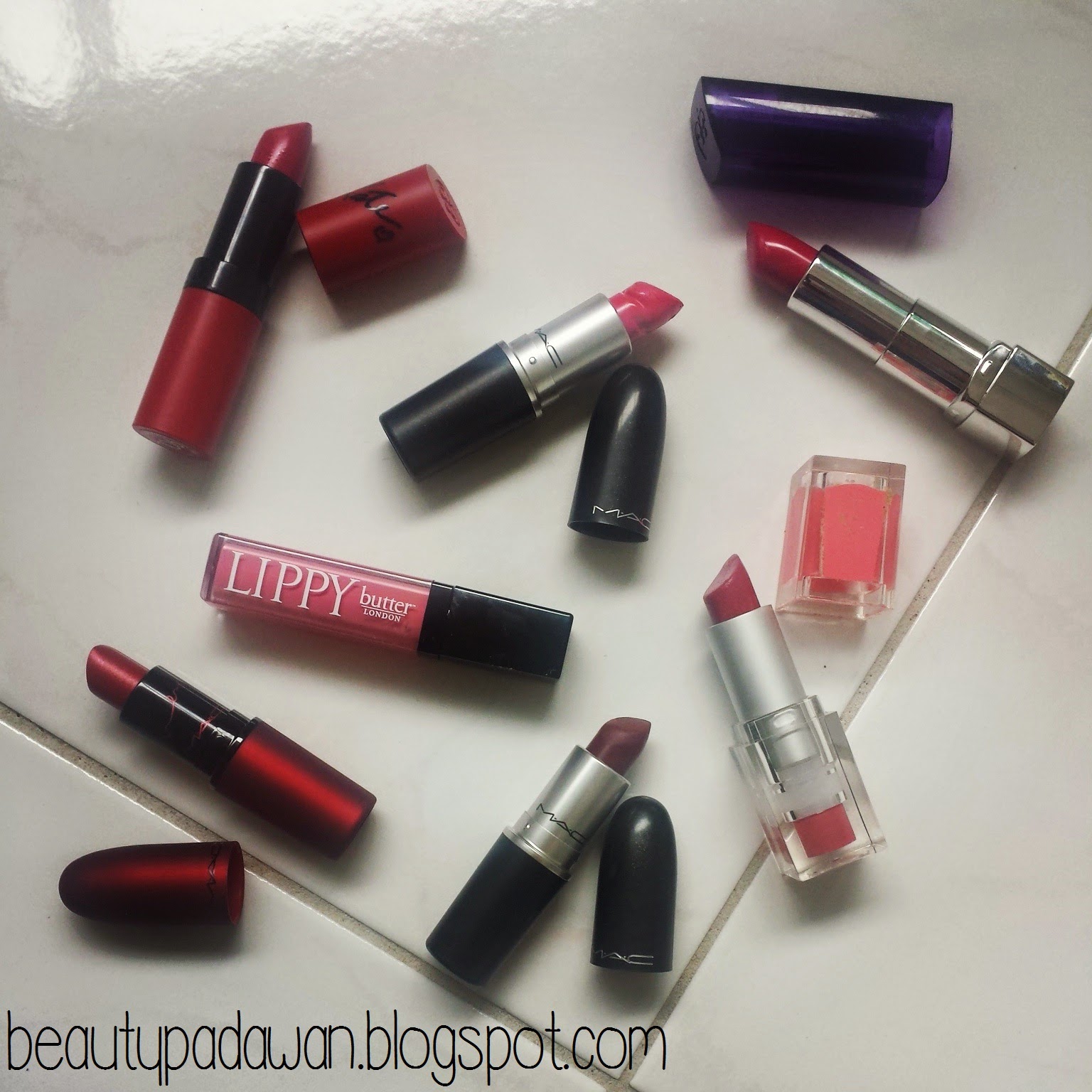 December 4th: Hair of the Day

It's a scientific fact that my hair is the twin to Hermione Granger's. It used to be pin-straight when I was a kid -- then puberty hit and BAM! it was frizz central from there. It's become a little more manageable as I've gotten older, it's become naturally curly and wavy -- and that's what you're seeing here! I'd washed it the day before, so I had a lovely mess of curls and waves drying in a ponytail. 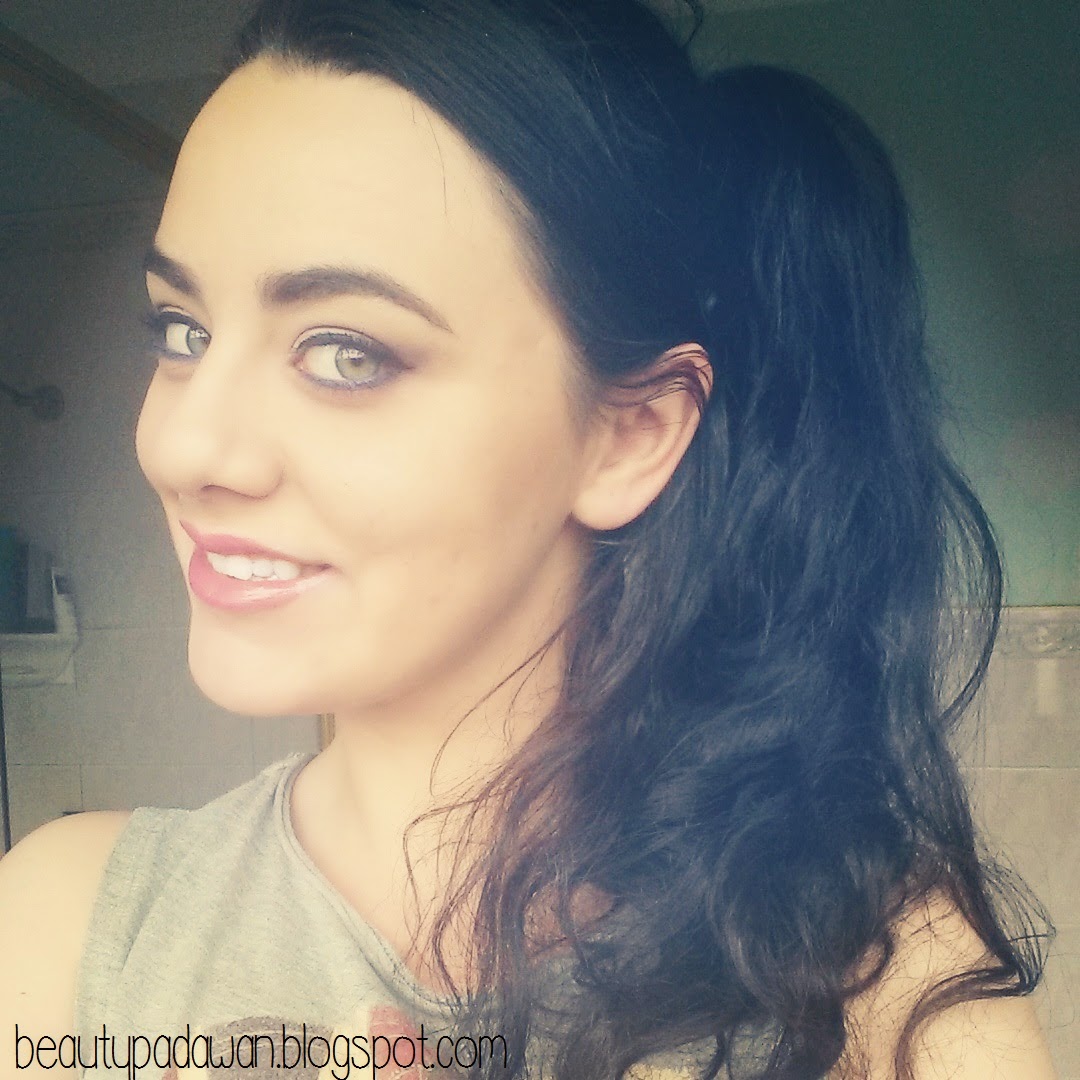 ...being in my pyjamas even when it's almost 10am! That's what you've got here, Sarah a la Lazy, a look that happens more often that I'll publicly admit. I also love a lot of the makeup-free selfies that are going around -- because all women are beautiful, makeup or no! 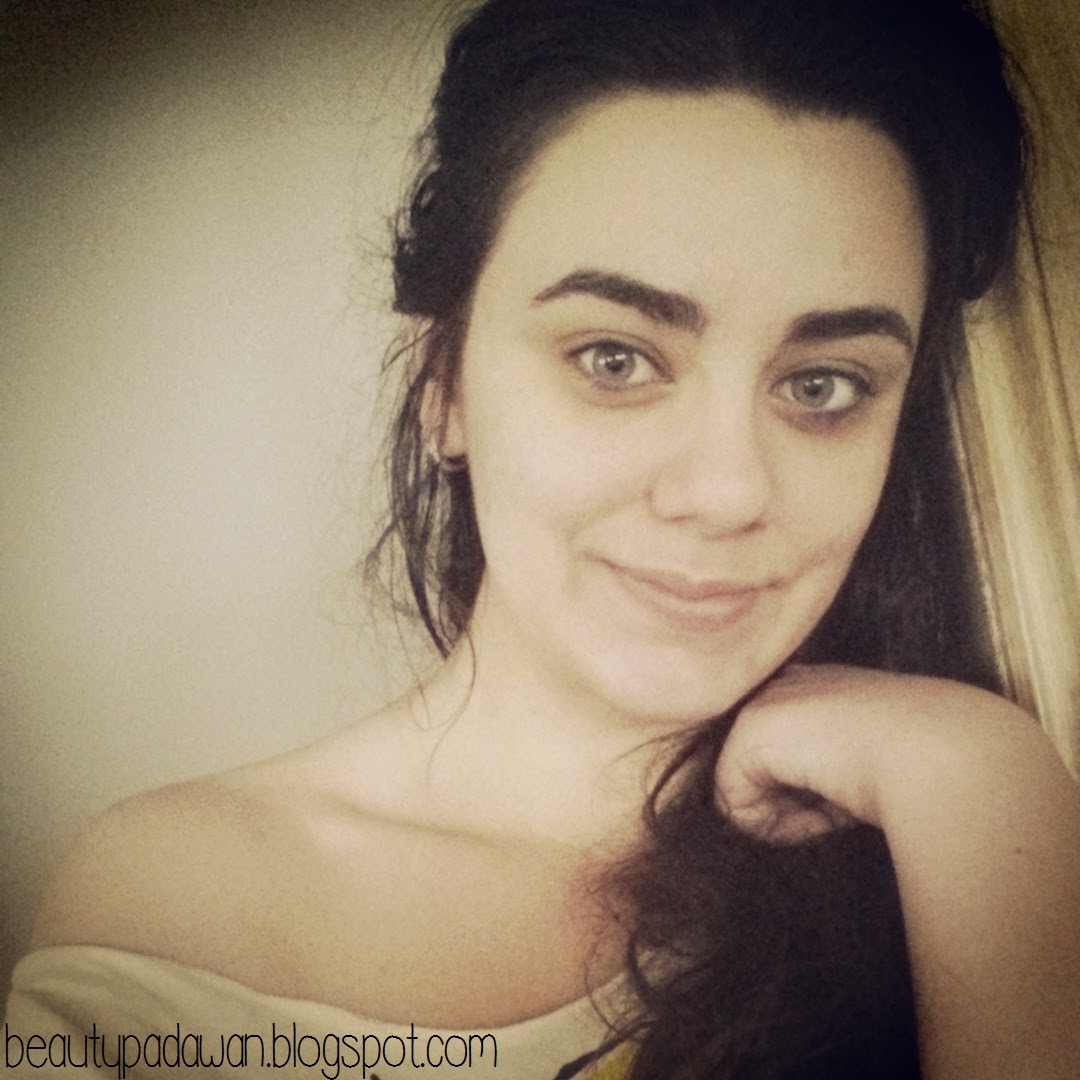 You may or may not know that I wouldn't be hear slogging out post after post if it weren't for this girl right here. She's Danielle, the girl behind Confessions of a Beauty School Dropout. She likes cats. She's crazy skilled at makeup. She's my Qui-Gon Jinn. She's nothing short of ace. I love this girl. 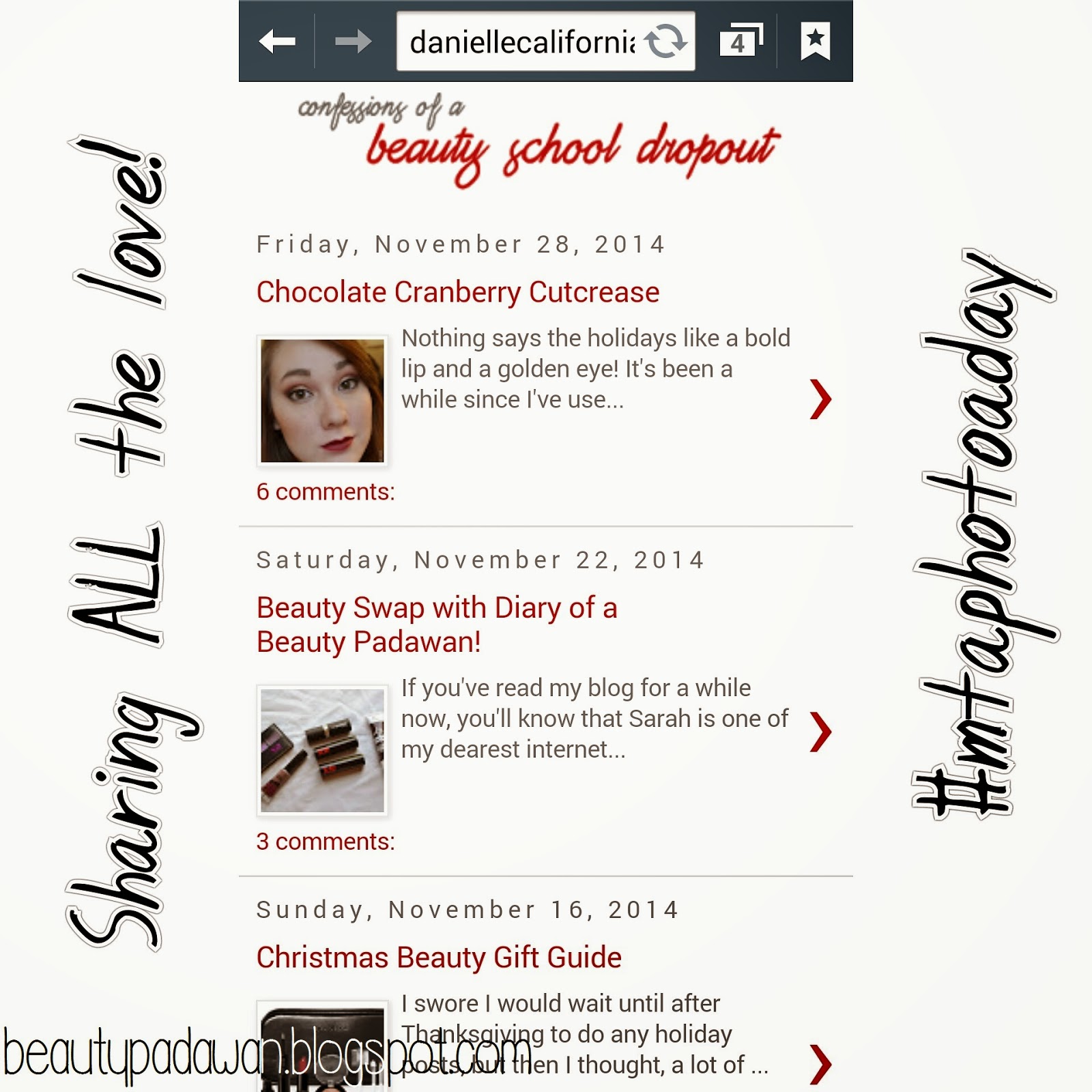 It's my work uniform. On Sundays, I work. All. Freaking. Day. 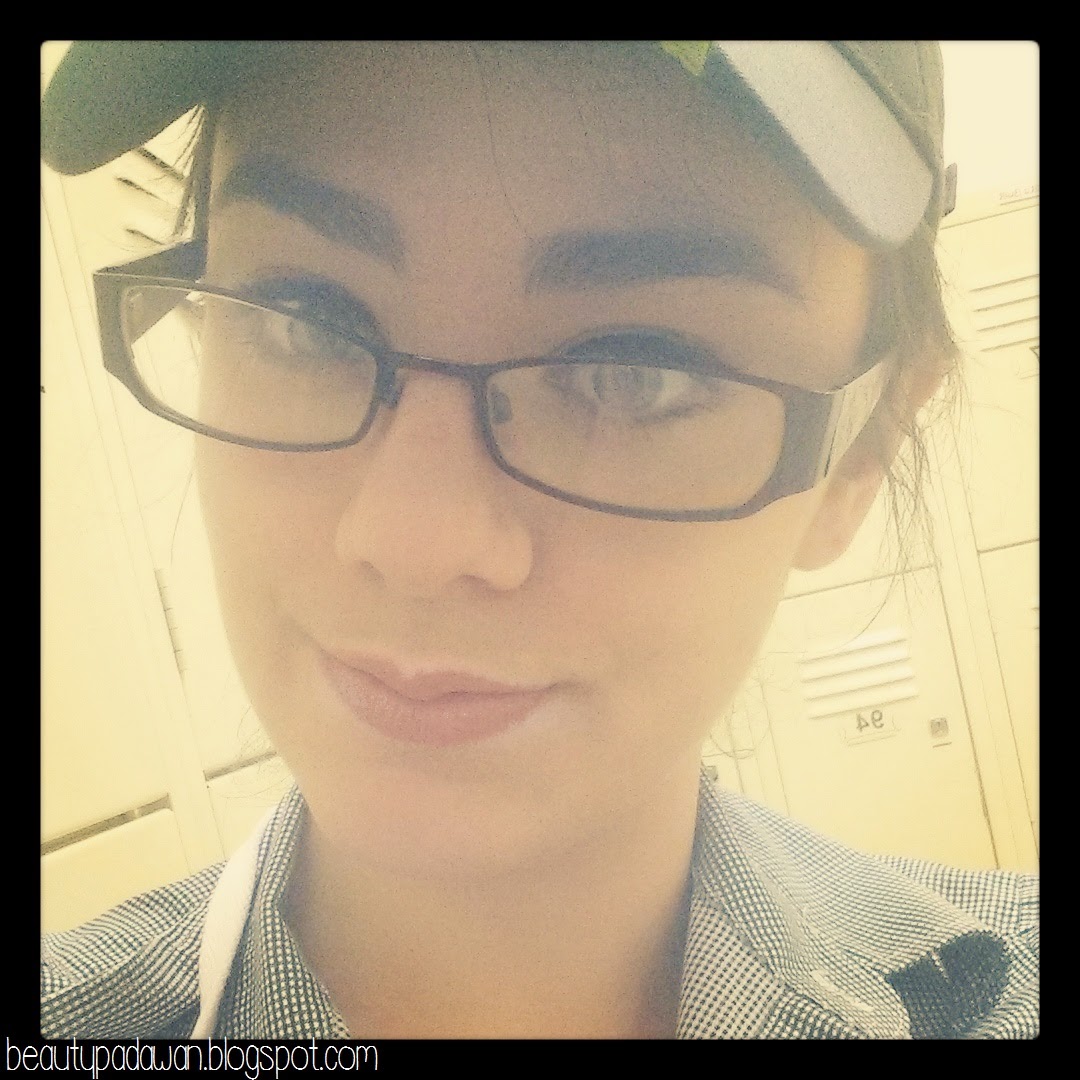 It was Christmas presents, of course -- constantly sending me broke! Here you see my sly little hiding place -- it usually changes year to year, and this year I hid a great deal of the then-unwrapped good underneath my pyjamas. It's camouflage at its best. 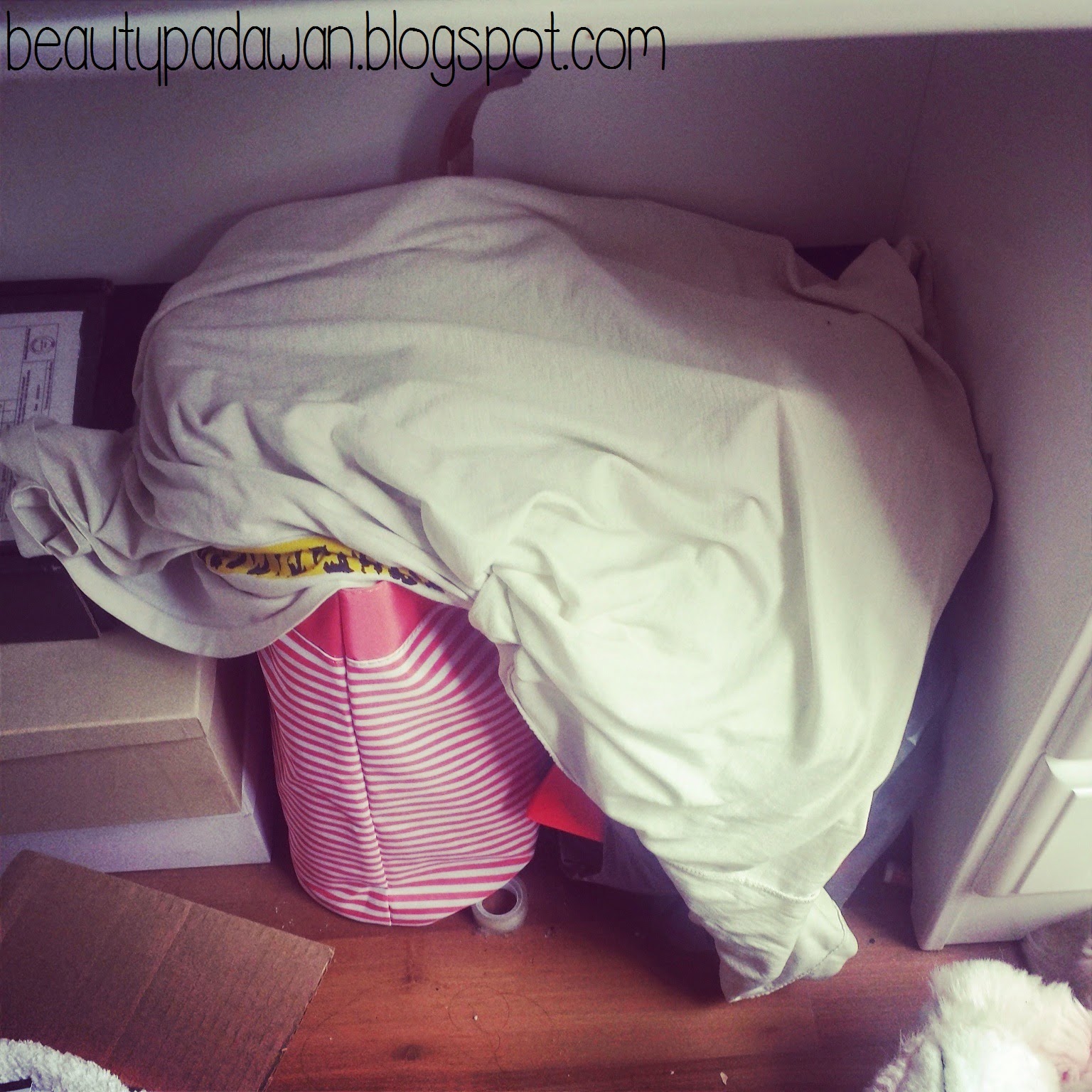 December 9th: Something I'm Grateful For

It's my (tall) little brother -- and I will deny it if asked in person. He occasionally takes a joke too far, he sometimes makes constant fun of my selfies, and he used to be most irritating person on this side of the planet -- but he usually "gets" me, and that's a valuable quality that I find difficult to see in a person. 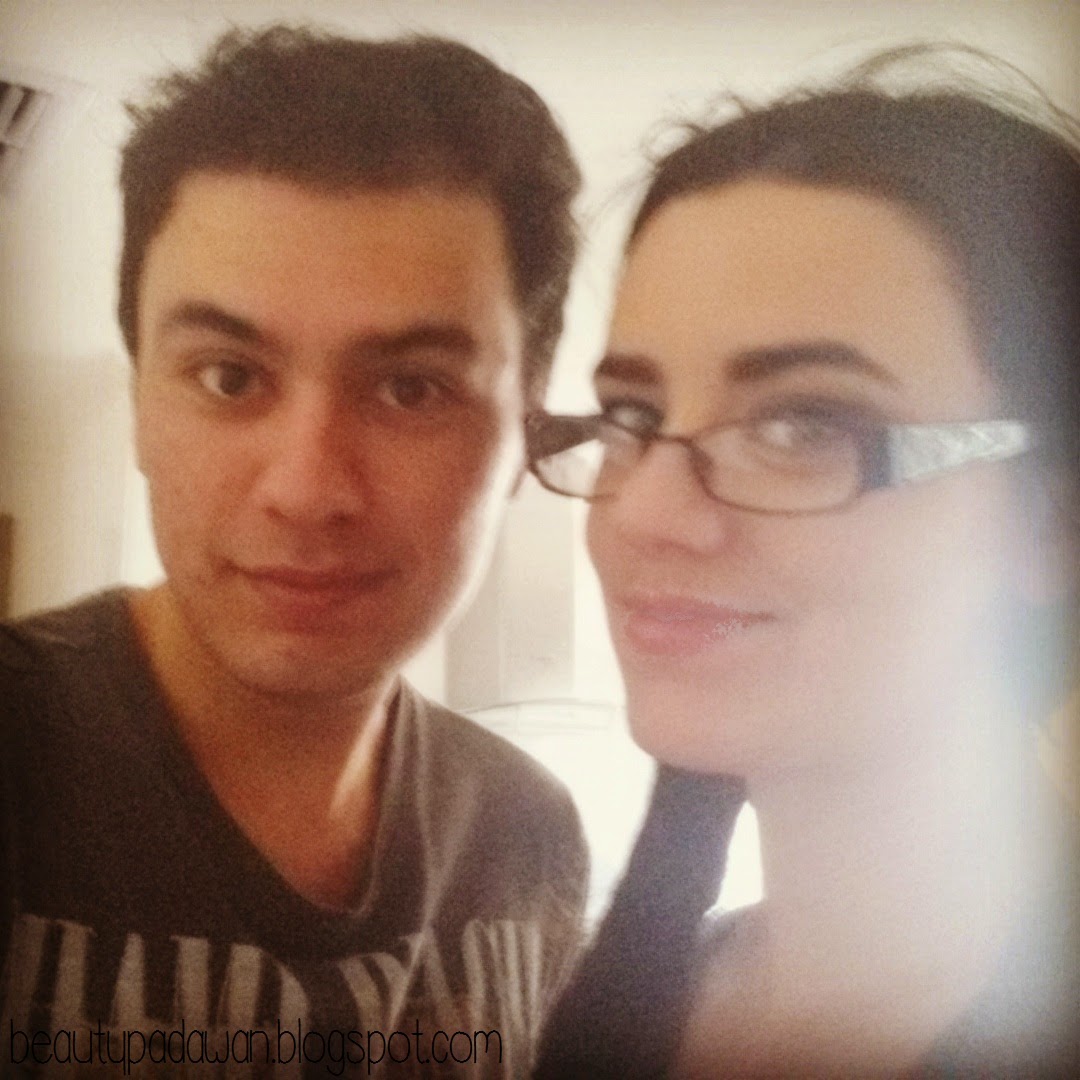 For my bare-faced photo, I decided to keep it as bare as possible. My Hermione Granger hair is pulled back, I've got plain clothes on and I'm sitting on my living room floor. There's no filter on the photo, no tweaks that might smoothen my skin or define my cheekbones, no careful lighting to get the most out of the shot. This is me, raw. I know, I'm VS ready, right? 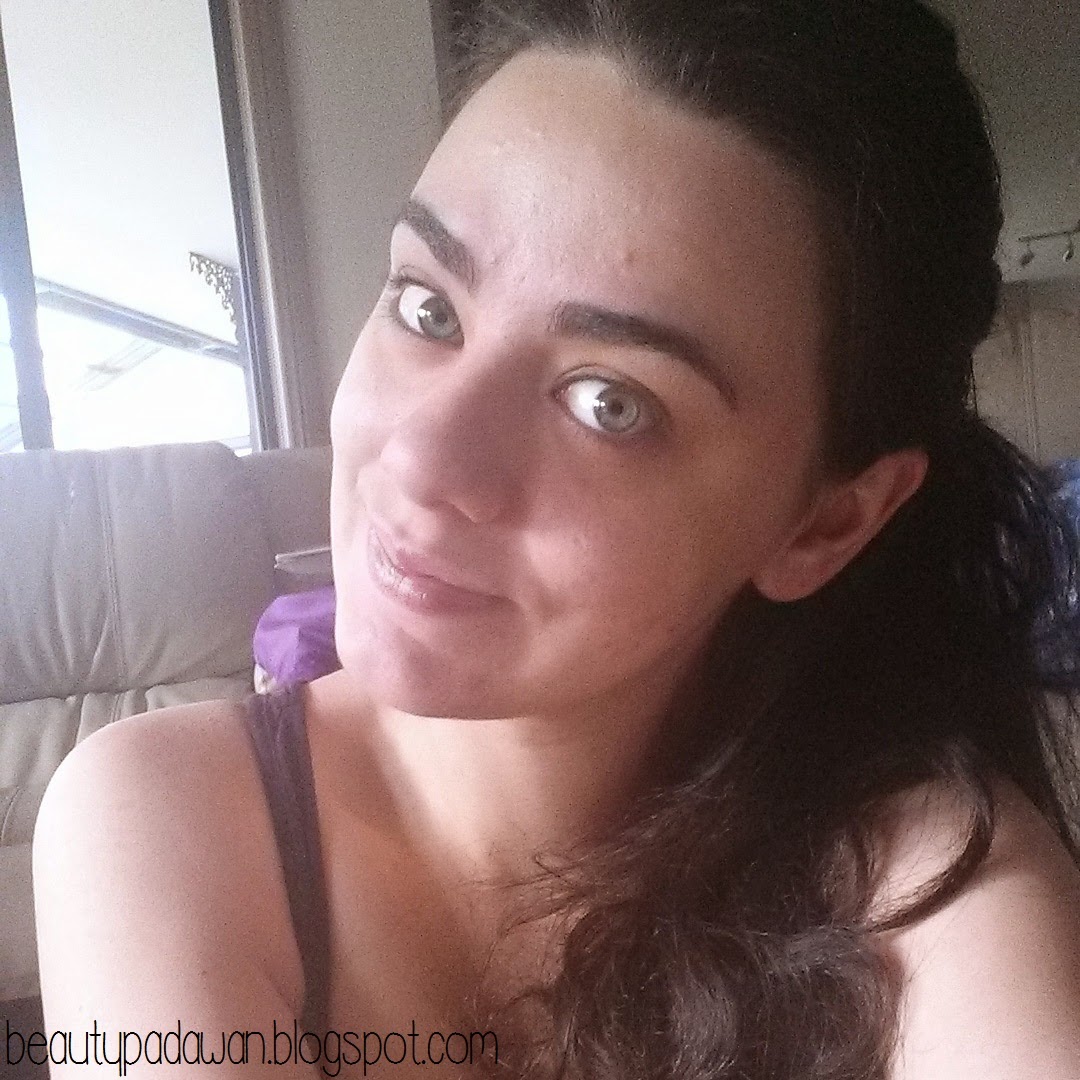 This has been a fun challenge to do so far -- it's usually pretty easy to do, although some days are a tad bit tougher than others if it's not immediately related to something I'm doing.

Are you doing this challenge? Let me know if you are!