As I usually take photos on my phone, image quality is never the greatest (eventually I'll get around to regularly using my camera), but they are exceptionally poor today. It's a super cloudy, super grey day today and natural lighting has gone kaput. The photos would probably look more natural if I slapped a filter on them.

I made three purchases at Mecca Cosmetics earlier this week (I was feeling rich due to the Elizabeth Arden refund). One of them was the Bumble & Bumble Brown Hair Powder Spray, which I got as a present for my mother -- turns out I didn't need to because she'd actually found one when she'd gone to the store on Lt Collins Street. Boo. Oh well. She has two now.


I also purchased the Kissable Lips Smoothing Lip Exfoliant. It's part of a brand-new line of products that they've brought out in the last week or so. This product in particular intrigued me because my lips dry out rather a lot and products like Blistex or Chapstick seldom help. It's one of the reasons why I've always gone for thick, shiny lip glosses instead of lipsticks or lacquers -- flaking colour just looks absolutely awful. 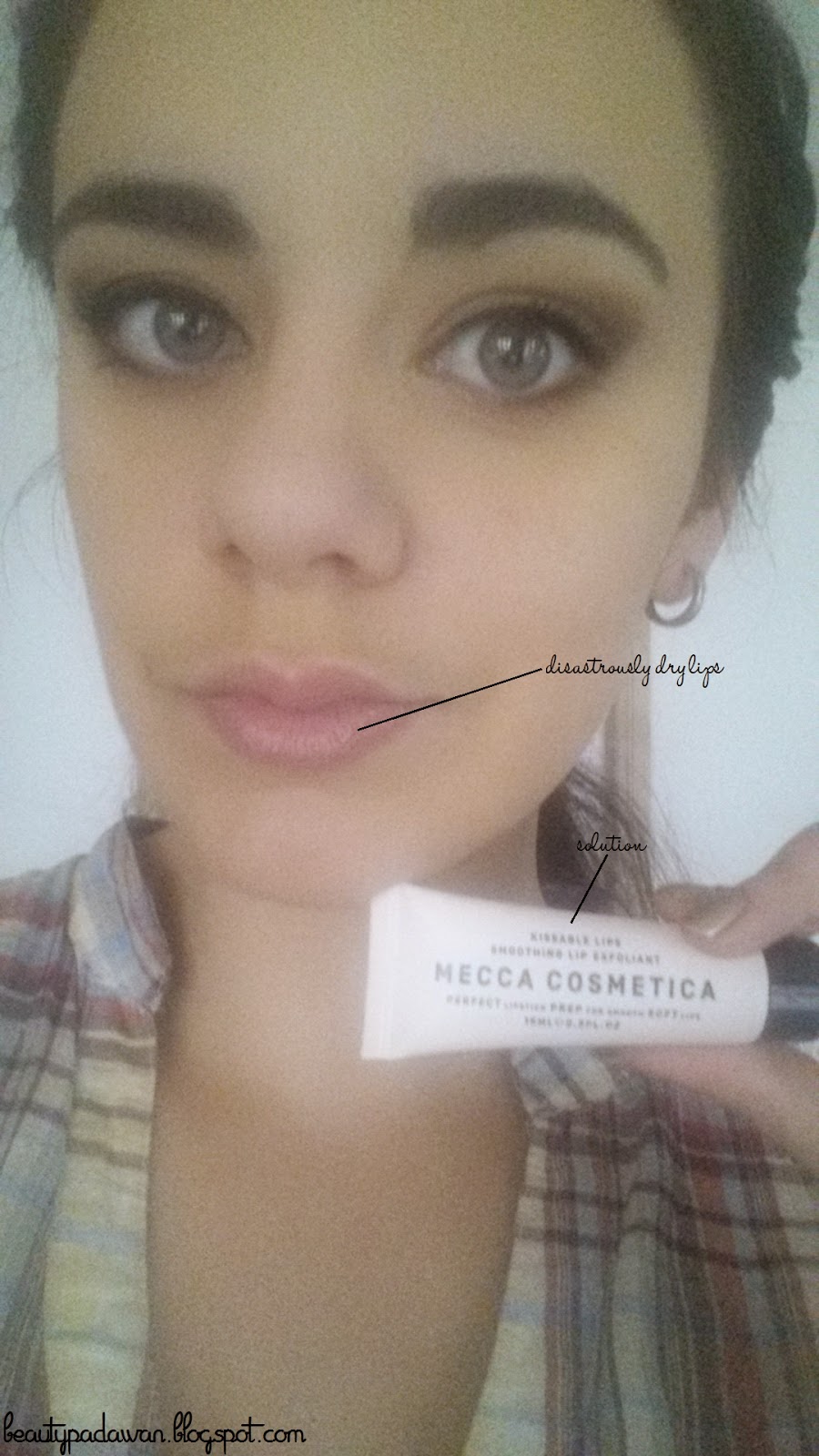 Here is a very grainy photo of myself this morning, before I used the product; it's unnecessarily close so that you can see my dry lips a little better (it sounds like a joke, given that the quality so poor). The only big downside to this product is there are no instructions anywhere. Not on the box, not on the tube itself... It was a good thing I asked the girl at Mecca what on earth I was supposed to do with it!

I originally thought I'd have to apply this straight to my lips, but the tube head is like that of a cream tube, so I put a little on my finger instead. The tube was a little hard to squeeze, but I think that's just as well, because you do only need a tiny amount of product. I smeared it along my bottom lip, then worked it over with my finger, occasionally rubbing my lips together so that it would get onto the top lip.

The exfoliant is made with sugar granules, and while I was a little worried about ingesting it (nowhere does it say if you should avoid doing so) and took as much caution as I could, I found that the little I did accidentally consume was sweet (no duh) and seemed to me to taste a little of tea. Not bad, but I still wouldn't be downing this like a tube of condensed milk.

The girl at Mecca suggested that I wipe the lip exfoliant off with a hot, damp cloth (this apparently exfoliates better), and so I did. Wow. 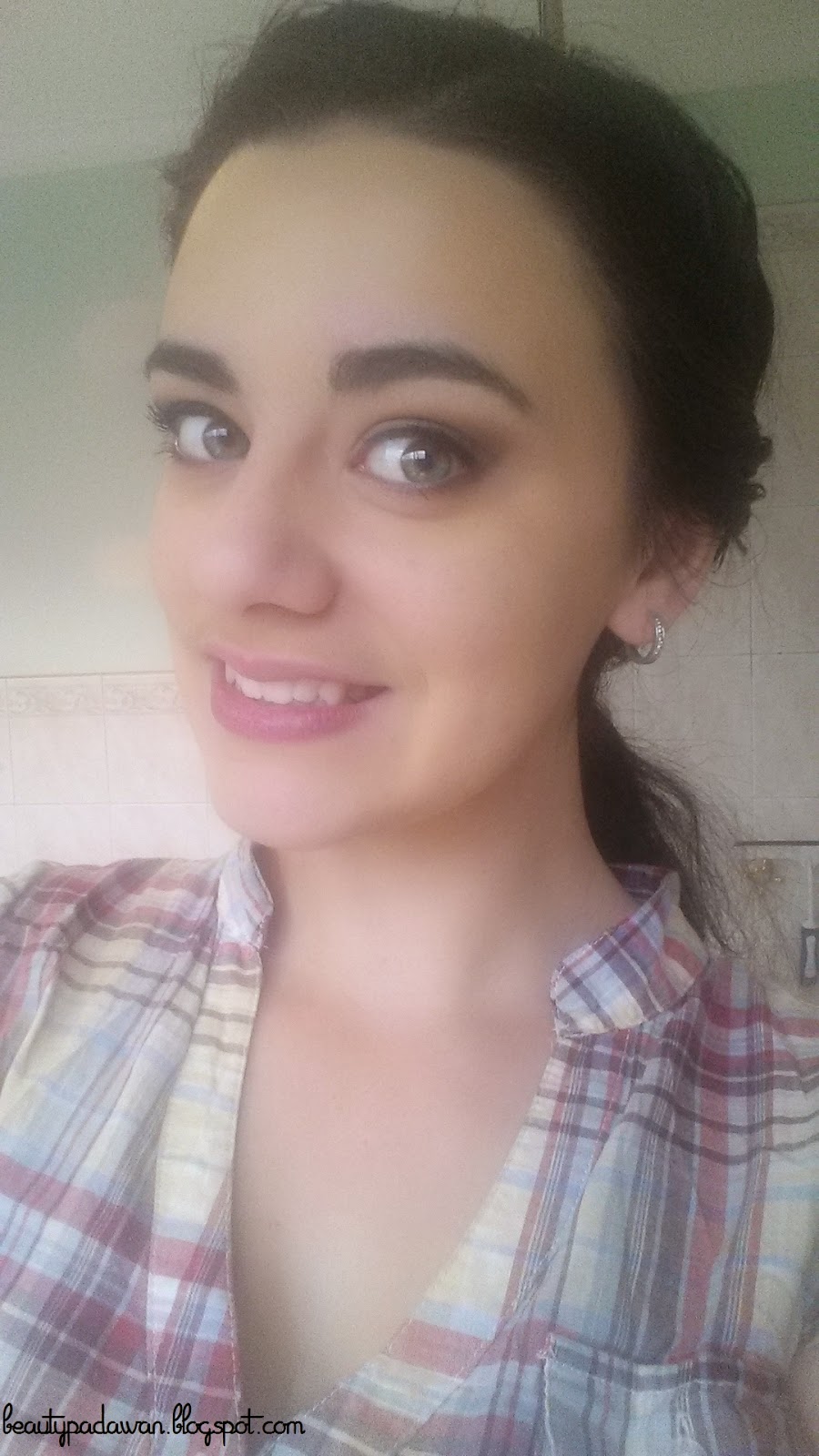 Perhaps you can't see the difference so clearly, but it really did remove all of the dry skin and left them feeling sooo soft! They also appeared to be a little pinker -- I'm thinking that it boosts the circulation in your lips.

All in all, I think Mecca's Kissable Lips is definitely worth the $22 price tag. I used this a few hours ago and my lips are still nice and soft, and it just generally makes me excited to wear lip products in general!

I'm a Beauty Padawan. I own eight or nine decent brushes, about half a dozen or so really cheap-and-nasty ones -- definitely nowhere near as many as I've seen other beauty bloggers with -- and yet I groan at the thought of having to clean them or deep clean them. Olive oil, brush cleanser, baby shampoo... Blagh, no time!

It was actually the fact that it's a spray bottle that attracted me to the Brush With Success Cosmetic Brush Cleaner. My original cleaner, the MAC Brush Cleanser, doesn't have one and makes me feel like I'm wasting product by pouring it into my hand. Both products are supposed to clean and disinfect your brushes, but the former also doesn't need to be rinsed out -- if using Mecca's was more convenient, that's what I was going to go with.

The directions say to spray the product directly onto the brush and then wipe on a tissue. My household is not a household with tissues (I don't know why that is) so I decided to use toilet paper instead. Call me weird, but it's basically the same thing -- arguably nicer. I tried it first on my Napoleon Perdis shading brush*, which had the day before been subjected to a lot of pink and purple. I was a touch disappointed. I spray-and-wiped it a couple of times, but the product didn't seem to totally come out -- I even sprayed some into my hand and swirled the brush around a little, but no dice. Some product did come out, but the brush itself still looked a little dirty and you could still see a bit of shimmer on the bristles. In my mind, there should be no shimmer on a brush if it's clean.

I found that it did work better on my smaller eyeshadow brushes; on my eyeliner brushes, it did relatively well (you can see a comparison picture below), and it seemed to do a good job on my concealer brush, which I had just used early to apply a creamy packed concealer (if that's even how you say it). 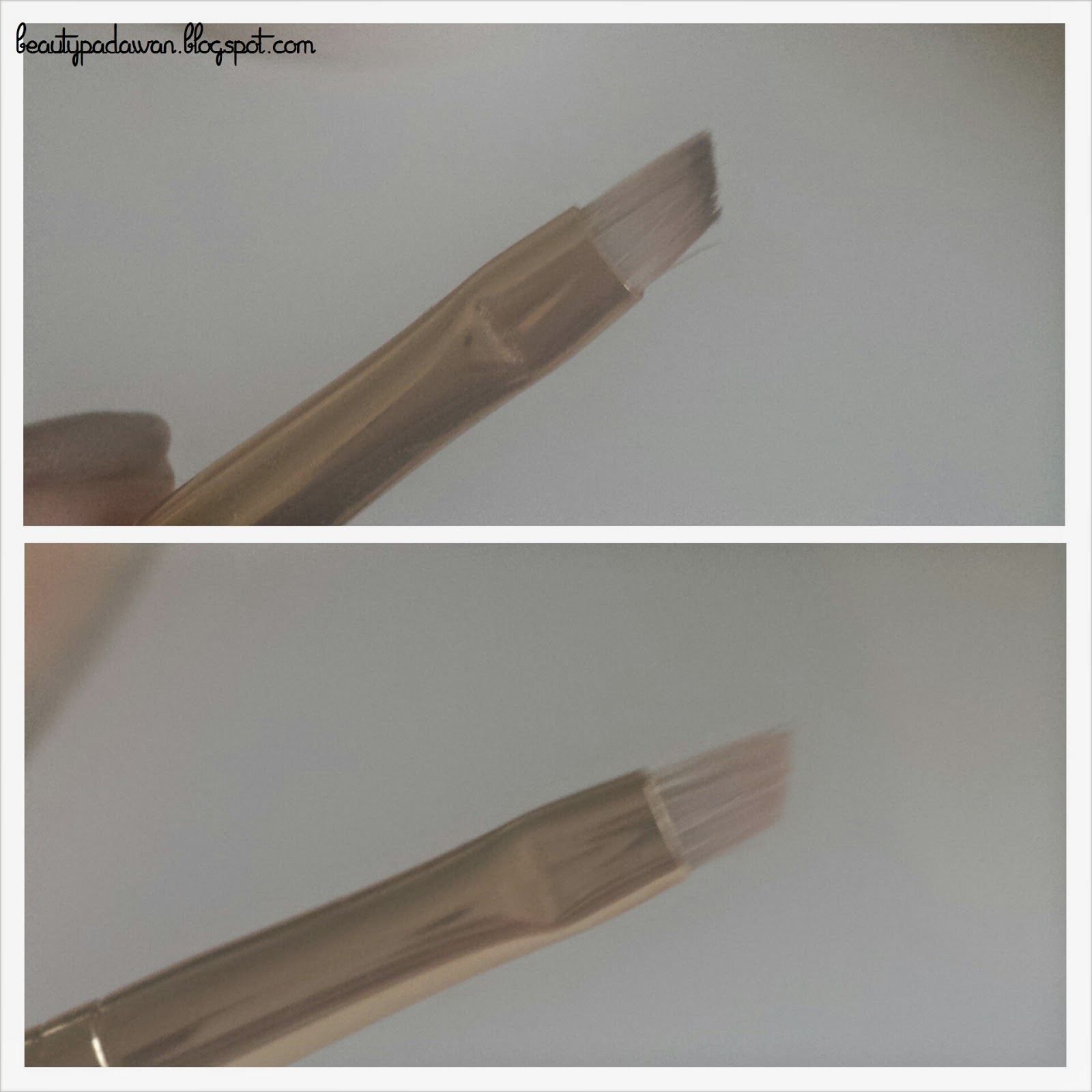 My eyeliner brush before I used the Mecca brush cleaner (top), and after (bottom).﻿

Interestingly, I seemed to get a lot of product out of my blush brush, but the bristles still stayed relatively pink. Although I don't seem able to return them to their unused state of soft white perfection, when cleaning before I have managed to at least get the majority of the colour out. The result on my foundation brush was lacklustre -- it did take out some product, but the brush itself still looked relatively dirty. However, the bristles did feel softer and somewhat cleaner. Does that even make sense to anyone other than myself?

When you compare Mecca's Brush With Success Brush Cleaner versus MAC's Brush Cleanser, I would have to say that MAC's is probably the better product. It takes the product out better, it takes it out quicker and it's much better value ($20 for 235ml versus $24 for 150ml). I'll stick to Mecca for quick day-to-day convenience, but when I deep clean, I'll reach for the MAC.

*My decent brushes are from the Napoleon Perdis Regal Collection brush set, and they're now a discontinued product in Australia (I happened to spot them on clearance for $50). However, they are available in the US for $89.

Have you used these products?