Raise your hands if you love broccoli! What's that? I'm alone here? Alright, never mind then. Still, you can't deny that broccoli is one of the healthiest vegetables out there, so when I saw this recipe for broccoli cannelloni, I figured that I ought to give it a go.

Although this dish got a lot of positive feedback from my family, I probably won't make it again. This is mostly to do with fact that I'd need to play around with the recipe and, quite honestly, I know I won't ever feel like it. Even if I followed the original recipe, there are many things I did that I would do differently, purely for the sake of convenience.

Here's the main warning: I tried to double the quantity of this dish, as it originally serves 4. It didn't really work. I didn't use all that I bought and there was a lot of waste. If you are part of a family that requires more than four serves, or part of one that eats a lot, you might want to stick to a recipe designed for the amount of food that you need.

Despite this and other alterations that I made, this recipe was pretty easy. I think it's great because it doesn't take a huge amount of time (compared to the last couple of weeks, anyway) and there things you can do to shorten that time again. The cannelloni is made out of fresh lasagne sheets, and although that may seem a little weird, it is much easier than working with tubes.

My camera cracked it so once again you're going to get the incredible superior photo quality of... you guessed it, my phone! 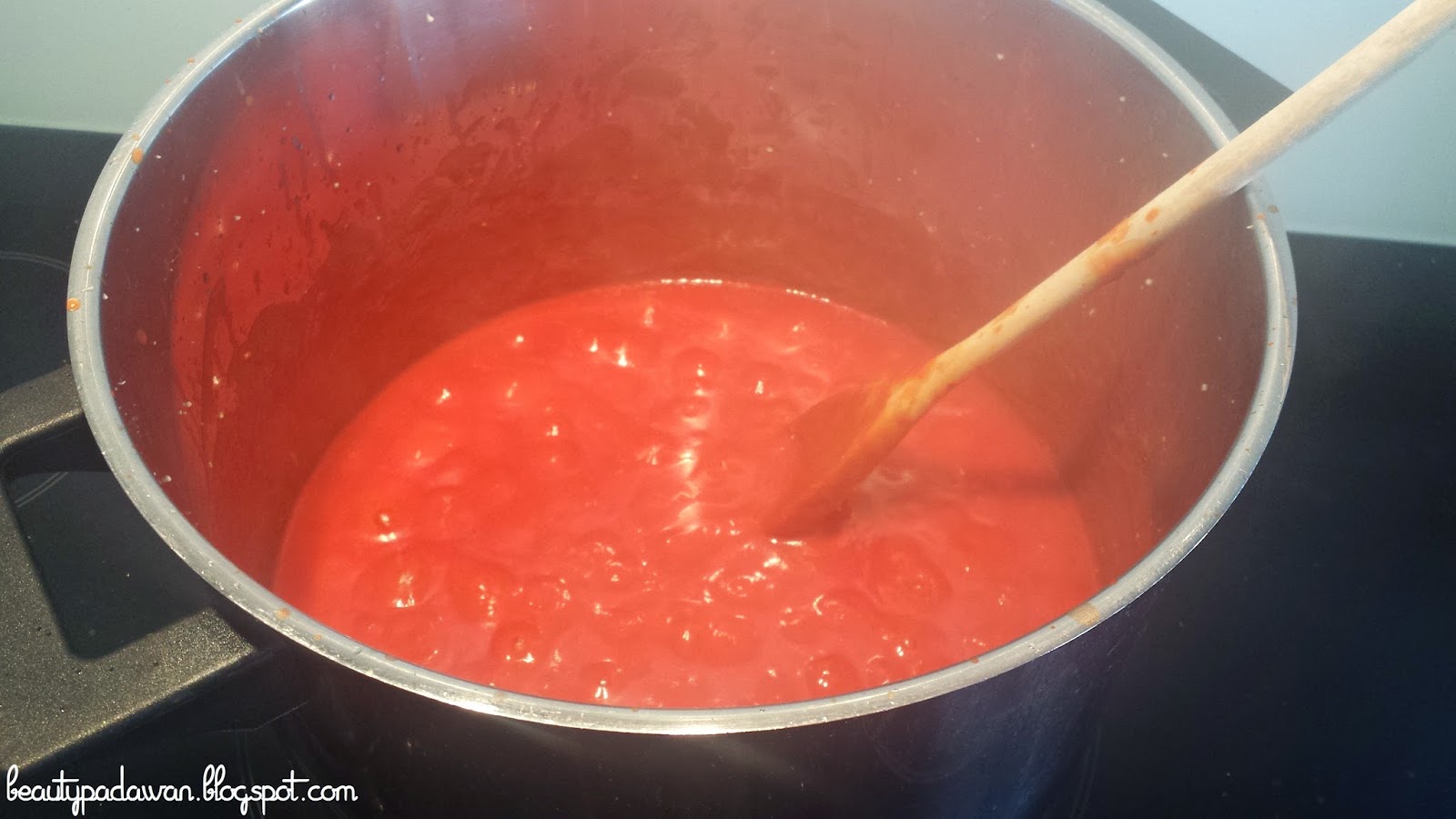 I've mentioned before that my family aren't keen on tomatoes, so I used passata instead. I let it simmer gently for the entire time that I was cooking, because I used water to make up for any extra volume. I think that I could've gotten away with letting it simmer on a higher heat, because there turned out to be a lot of sauce. 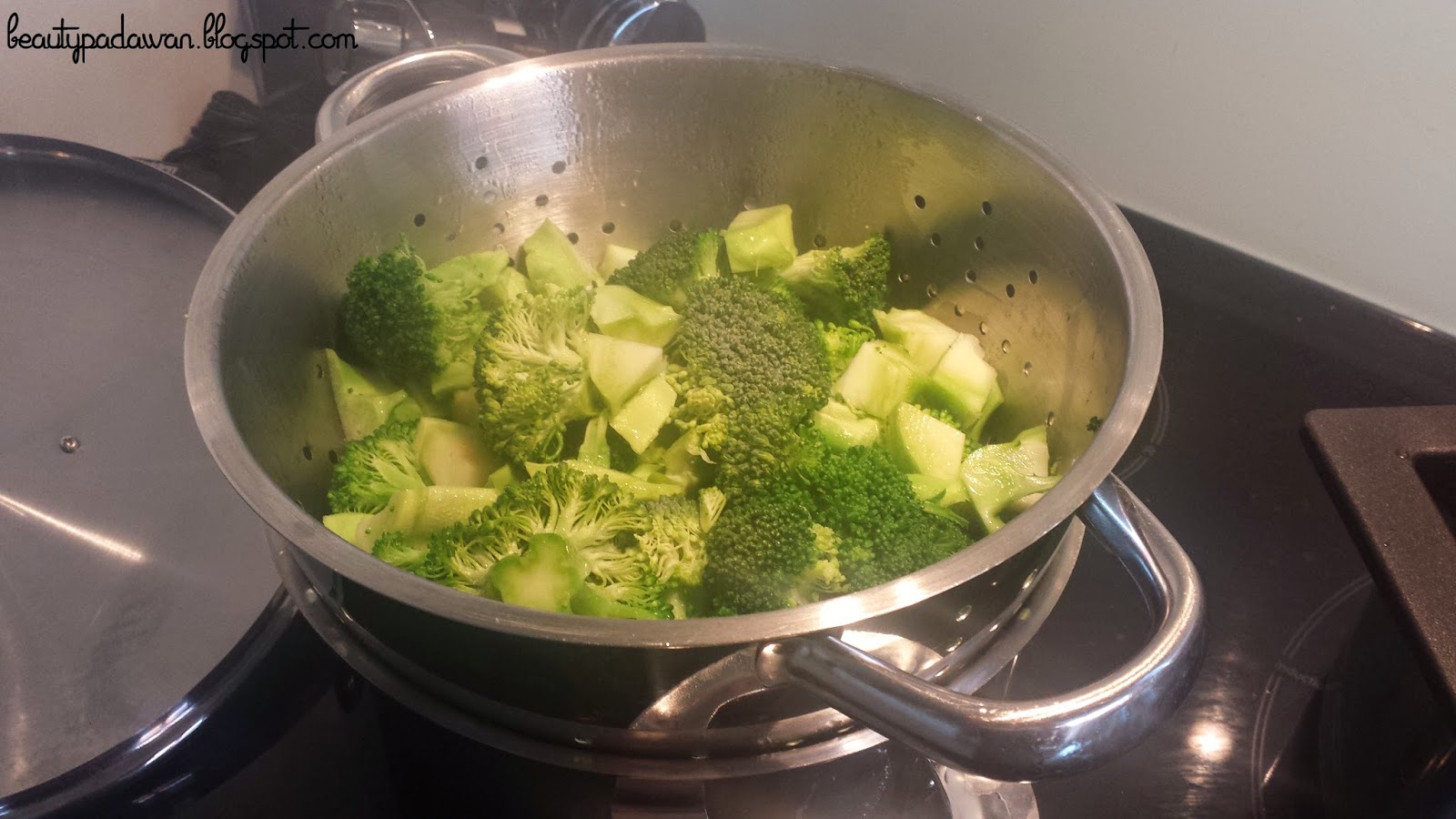 Steaming the broccoli was peculiar. I've never steamed anything before, and we haven't had a double boiler for a very long time, so I decided to improvise by boiling some water in a pot and sitting my metal colander over the top. I took the broccoli off when I saw it turn a vivid green. 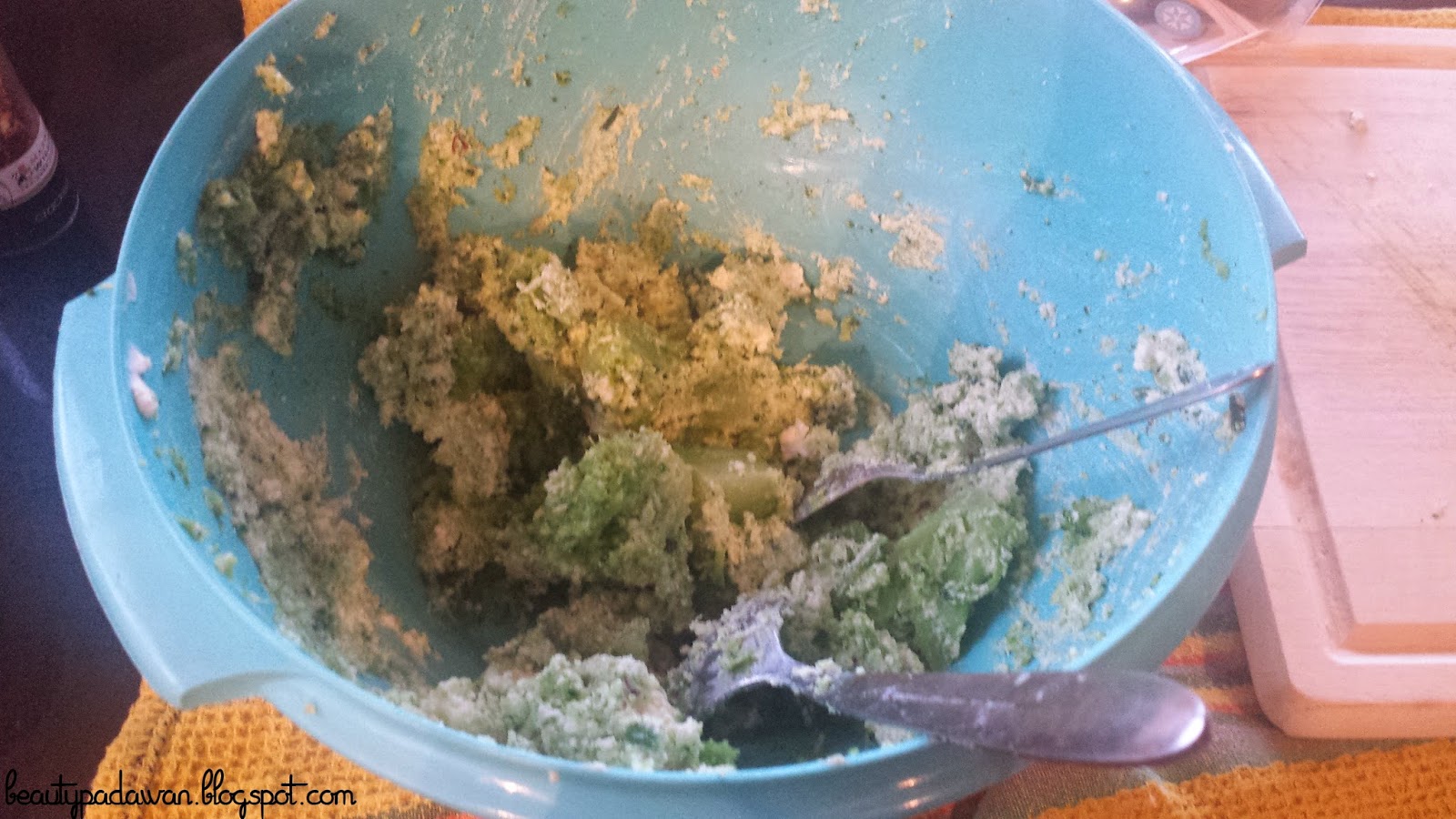 Can't lie, I forgot to take a picture of the cannelloni filling until I'd used most of it. You'll see that there are great lumps of broccoli in it -- the instructions aren't very clear as to how processed﻿ the broccoli needs to be, and I was worried about mincing it to a smush. I also used the stem of the broccoli too, because I eat that -- apparently not many people do -- although that appears to have been something of a mistake too. My suggestion: don't be afraid to blitz the broccoli into a smush!
The recipe said to cut the lasagne sheets in half -- so that's what I did -- but I think it may have referred to those lasagne sheets you get that are crazy long (standard unit of measurement) and the ones I used weren't. Either way, as long as you roll it up into delicious tubes of pasta and filling, I don't think that it really matters how long they are. 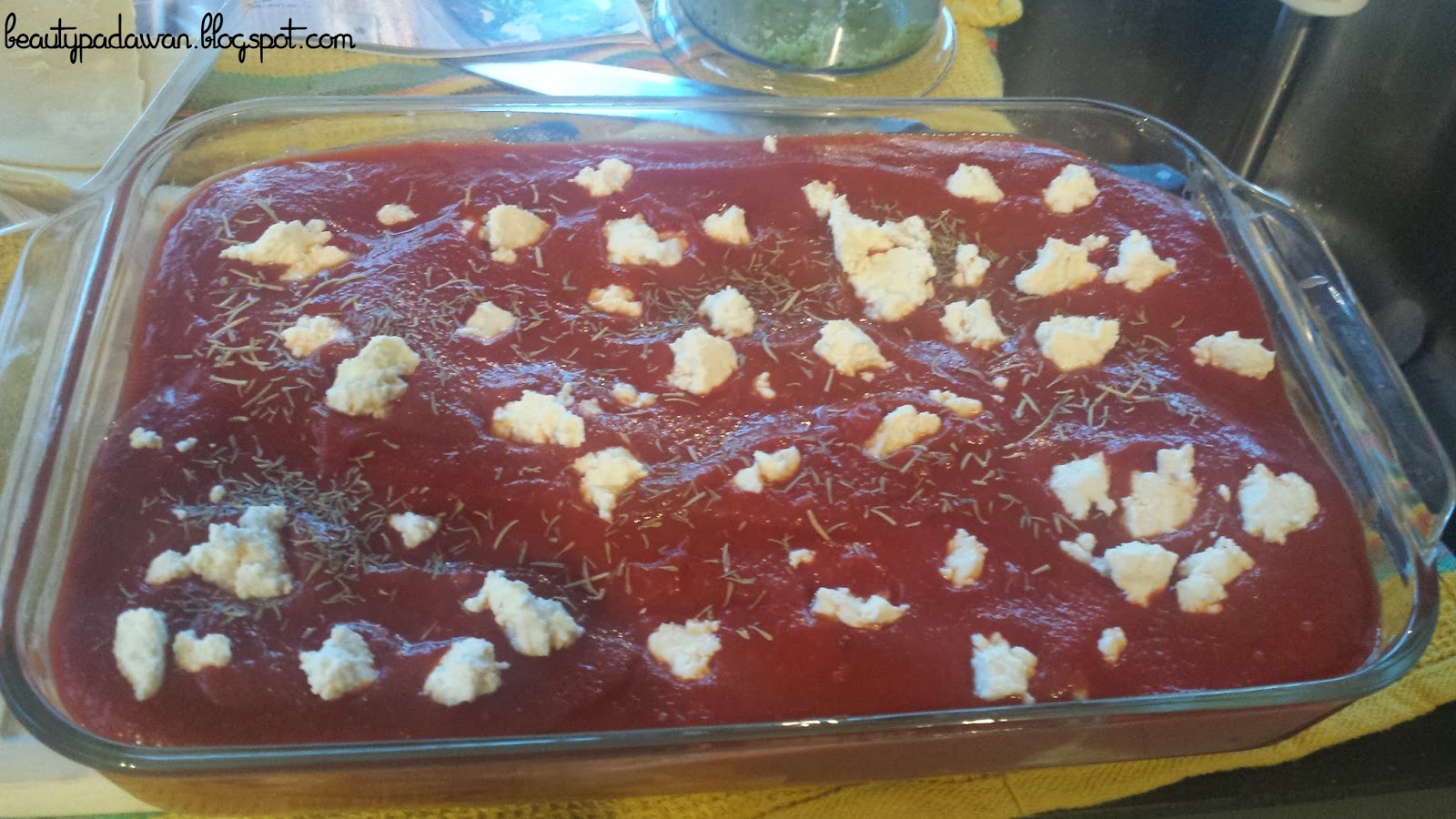 And this is what you'll get, pre-oven! I added the herbs to the sauce after I poured it on -- I think it was thyme and rosemary -- because I didn't have much in there while it was simmering. There ended up being a lot of sauce at the top, but whether this is because I possibly didn't ladle enough on the bottom or because I tried to double the recipe and failed, I'm not sure.
However, in the end, no matter how much it looks like you've messed up, the most important thing is the taste -- and given that I got thumbs up from the family, it looks like I hit that nail on the head!
This recipe came from the July 2012 issue of Australian Good Taste magazine. The online recipe is here, but of course I'll include it below. I didn't follow it strictly, so here are a couple of alterations and suggestions:
And onto the recipe itself!