My brothers tend to make the same old generic thing whenever it's their turn to cook -- schnitzel, pasta bake, that sort of thing -- and while that's nice, I like to try out something that we probably haven't had before. I've never cooked with chorizo before -- in fact, I don't think I've ever really eaten chorizo before. The closest thing I've ever had to it is kransky (and so I keep accidentally calling it so).

This recipe is relatively easy and it turned out well. What's good about it is that it uses ingredients which (I think) are standard pantry staples -- the only additional things you'd have to buy are the chorizos and perhaps the red wine. I have to admit, I knew we had red wine somewhere around the house, but as nobody in my family drinks, I had to Google the names of what was in our pantry to make sure that I was opening up the right bottle. Why can't Cabernet Sauvignon just have "red wine" written on it somewhere?

One tricky little hurdle might be the quantity of chorizo. We got a kilo of it in our shopping, and I decided to use about half of it -- 450g is close enough to 500g; this ended up being four chorizos. 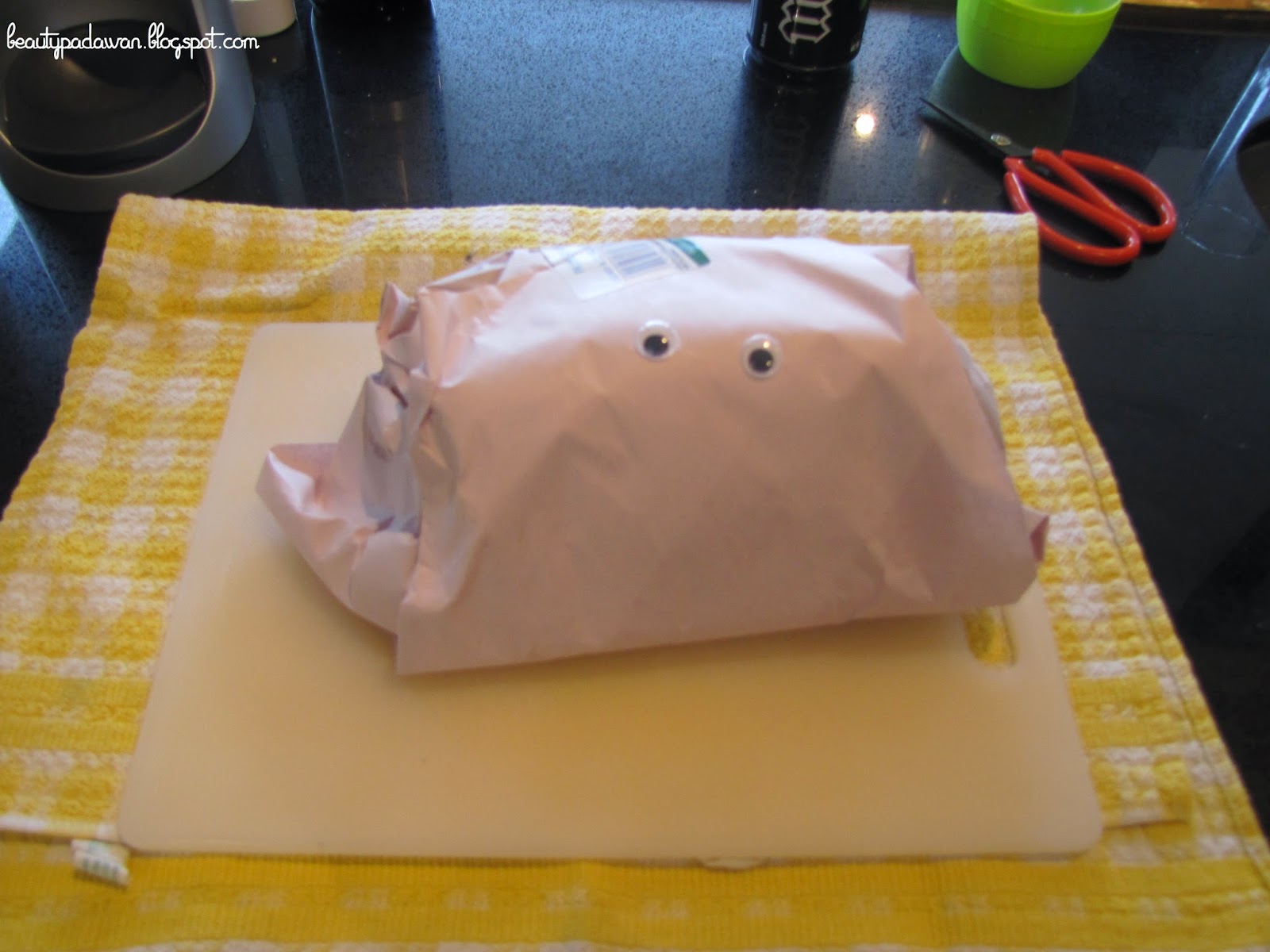 My brother stuck googly eyes on everything in the fridge, and I'm just... why. 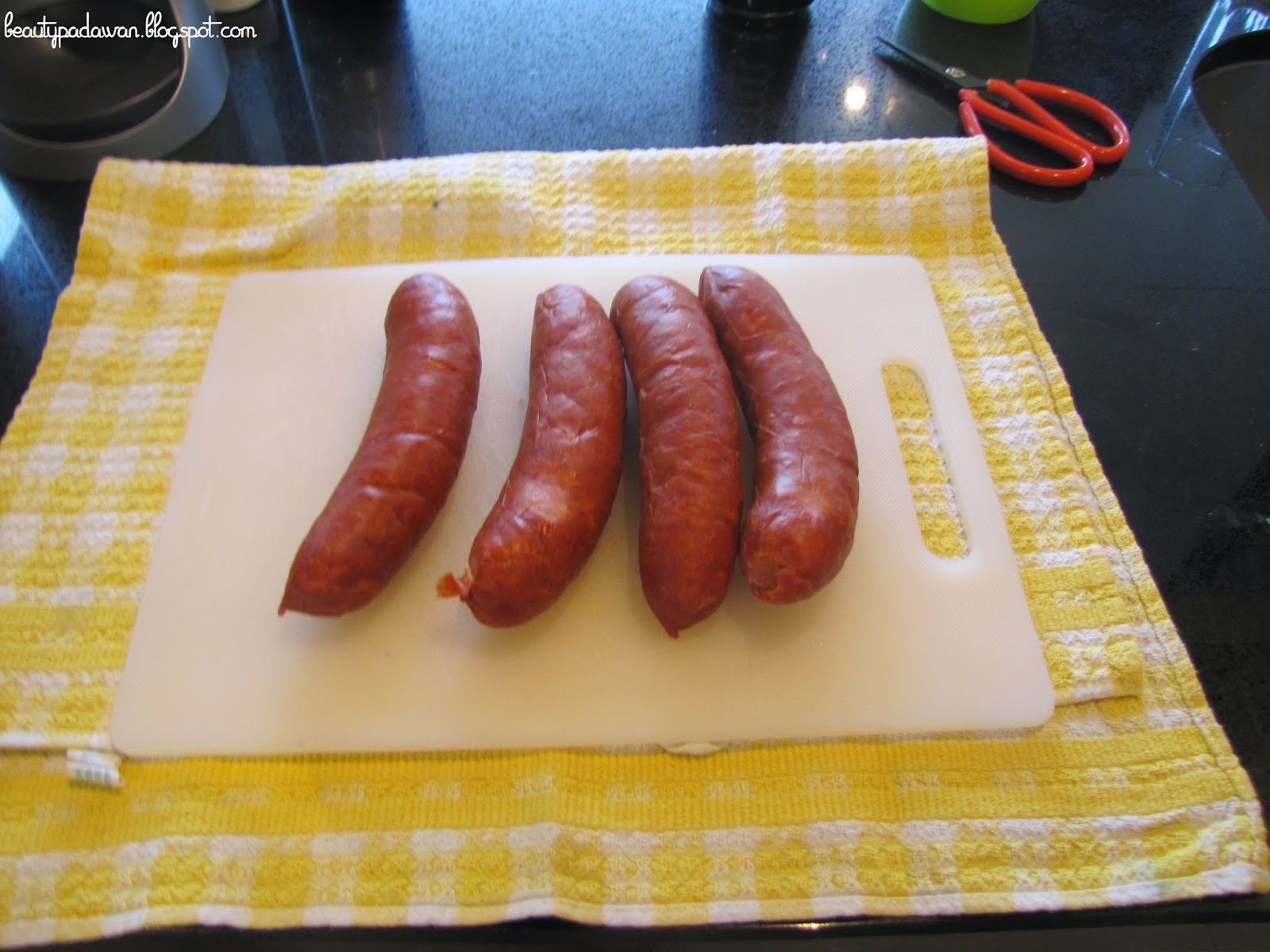 That's plenty of meat, trust me. 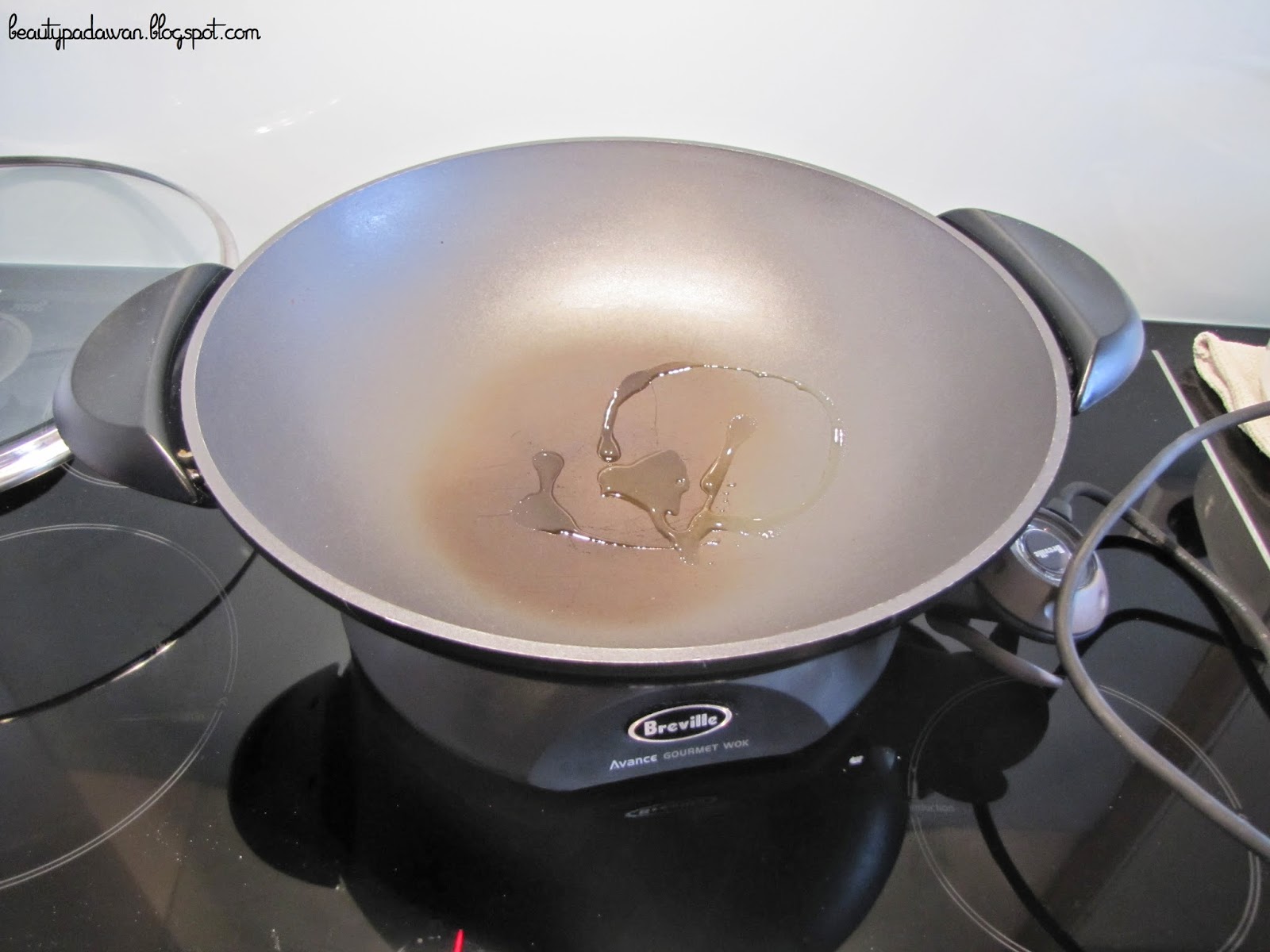 The recipe says to cook it in a non-stick fry pan, but I decided to use our electric fry pan (or wok, if we want to get all smart and technical), because it leaves a little more room for error and doesn't get charred to a crisp. 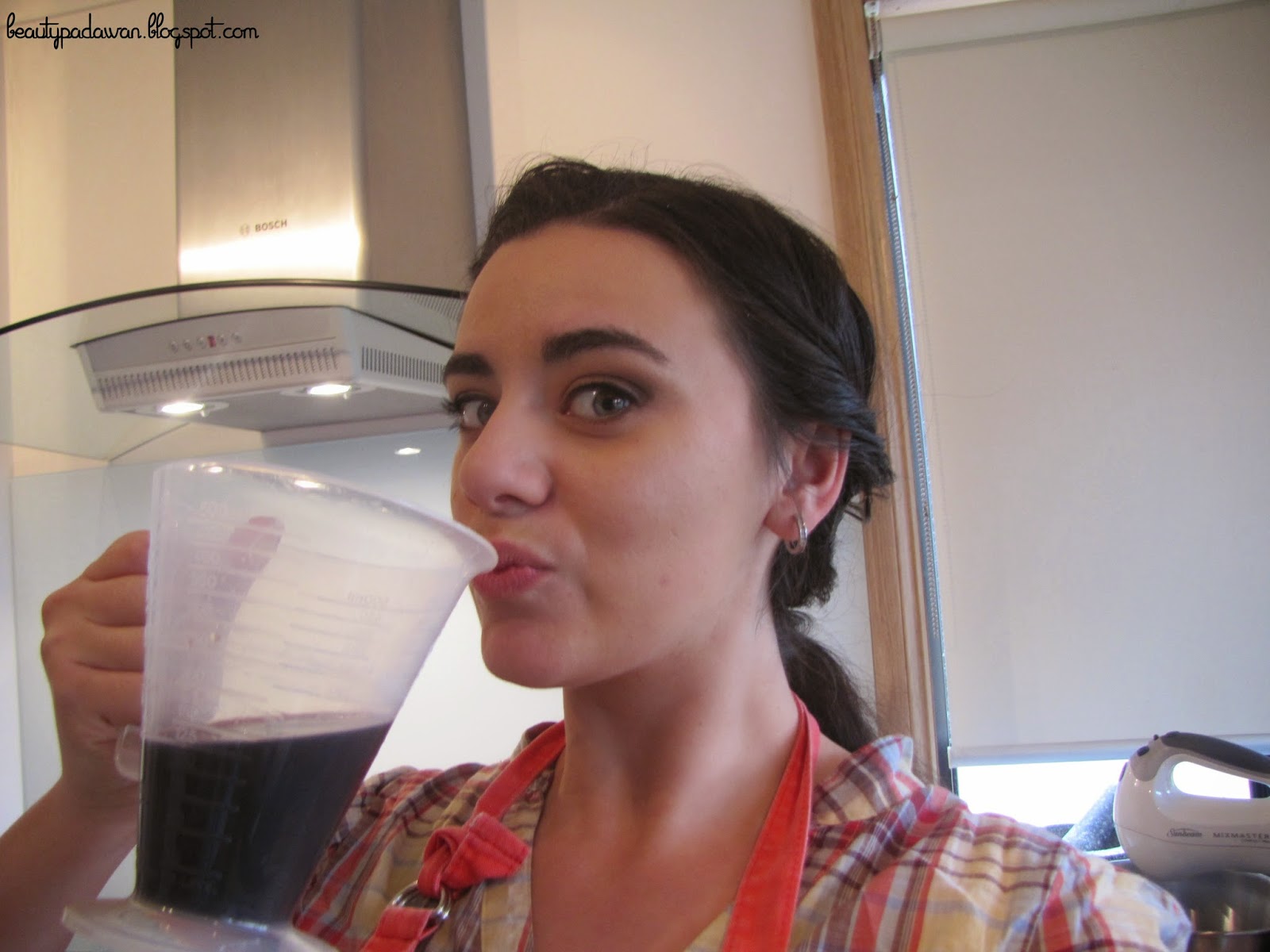 Anyone for a drink? 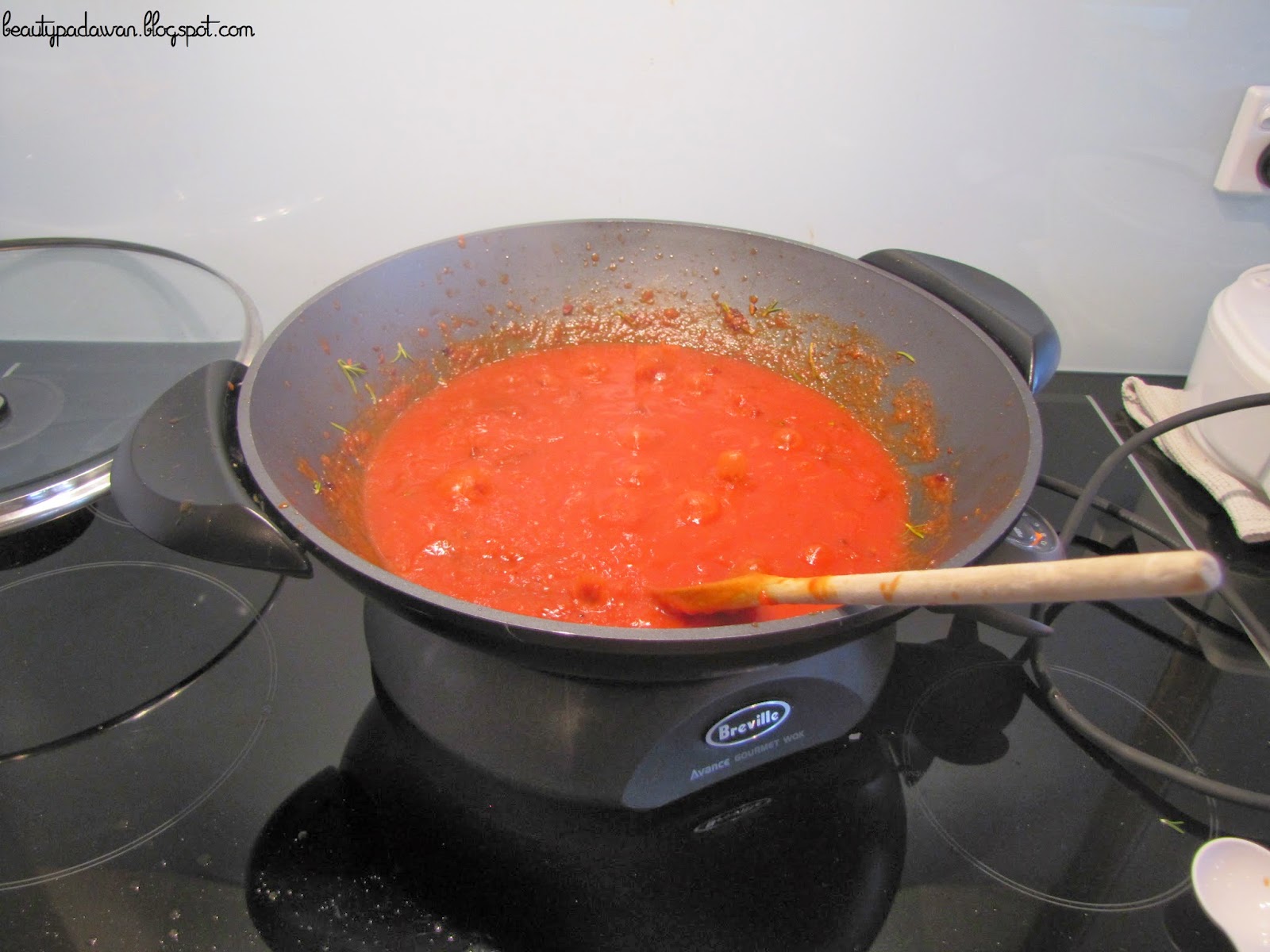 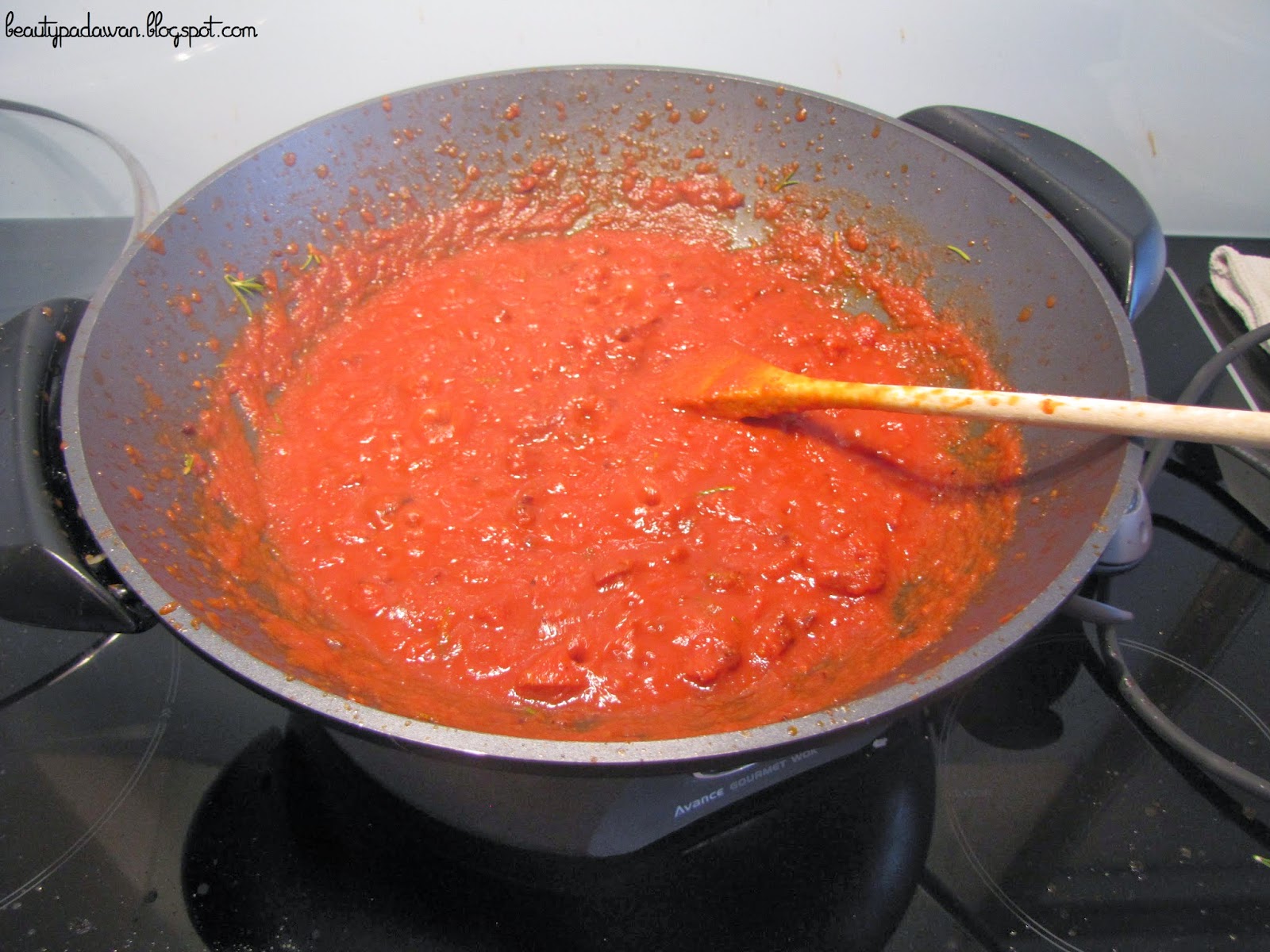 The recipe calls for a 500g jar of tomato pasta sauce -- I just used a regular 680g gram jar of passata (which is basically tomato pasta sauce). I added the half cup of water to the jar, closed the lid, shook it about, and then poured it into frypan -- this way, you waste none of the passata! I found that the extra liquid didn't affect the recipe overall; it reduced in the amount of time the recipe called for.

Something that I know can confuse people who aren't afficiandos in the kitchen is how to tell if your food has reduced, or thickened. You can easily see the difference between the two pictures above: on the left it's soupy, on the right it's not so soupy. 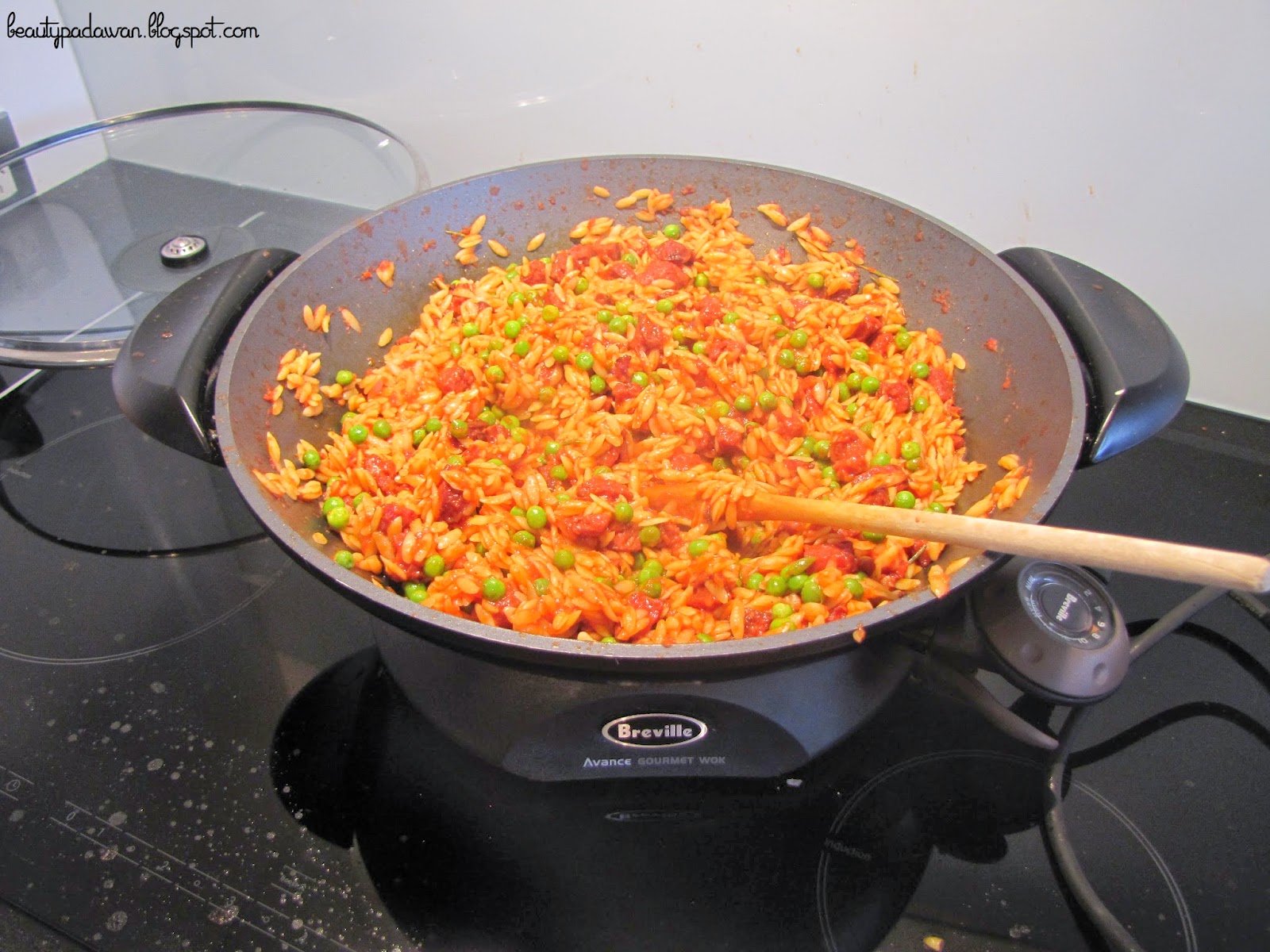 Once it's reduced, you add the peas and the cooked risoni. This mix looks about the same as it does in the picture, so the extra liquid from the passata obviously hasn't affected it.﻿ 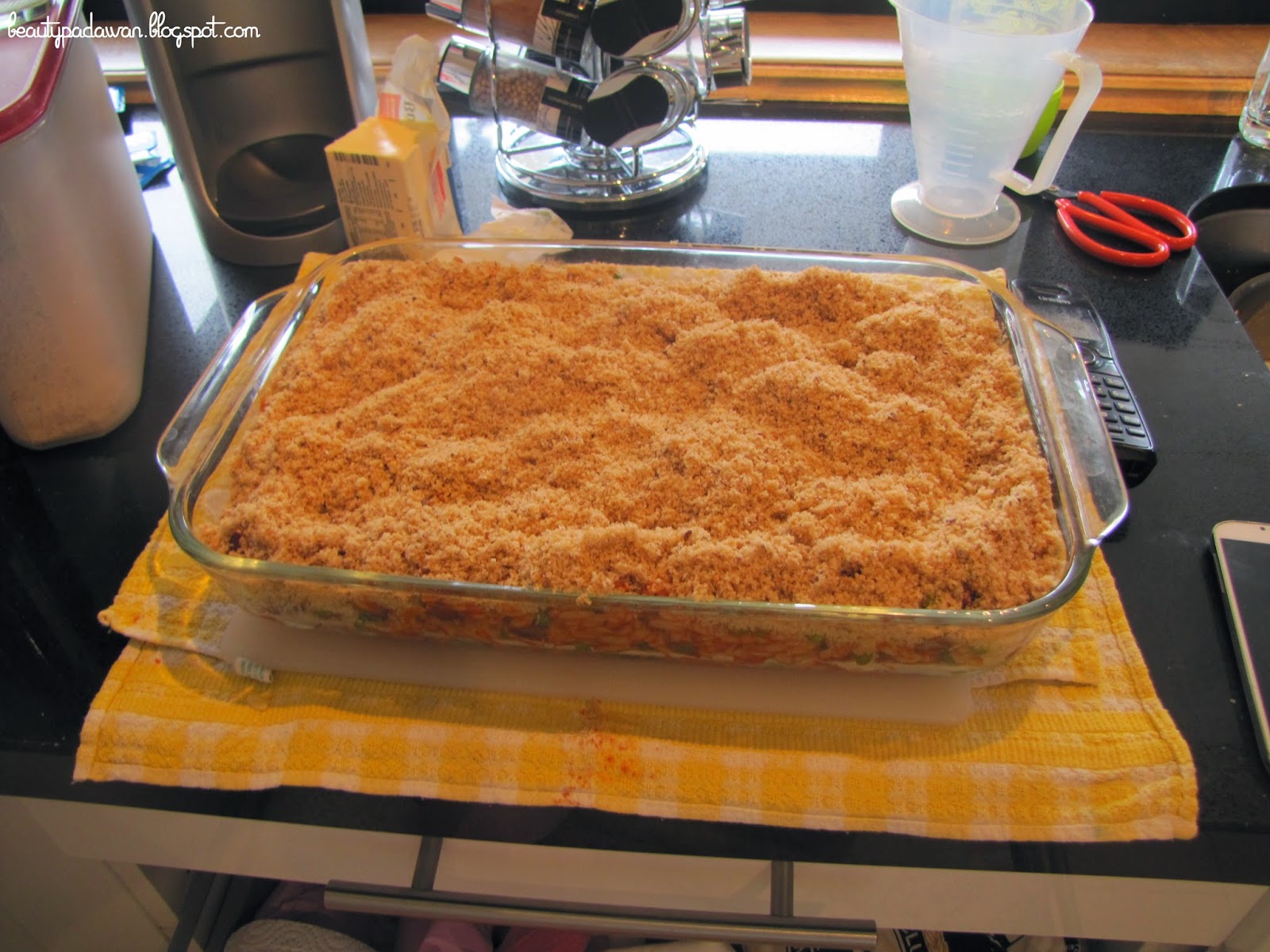 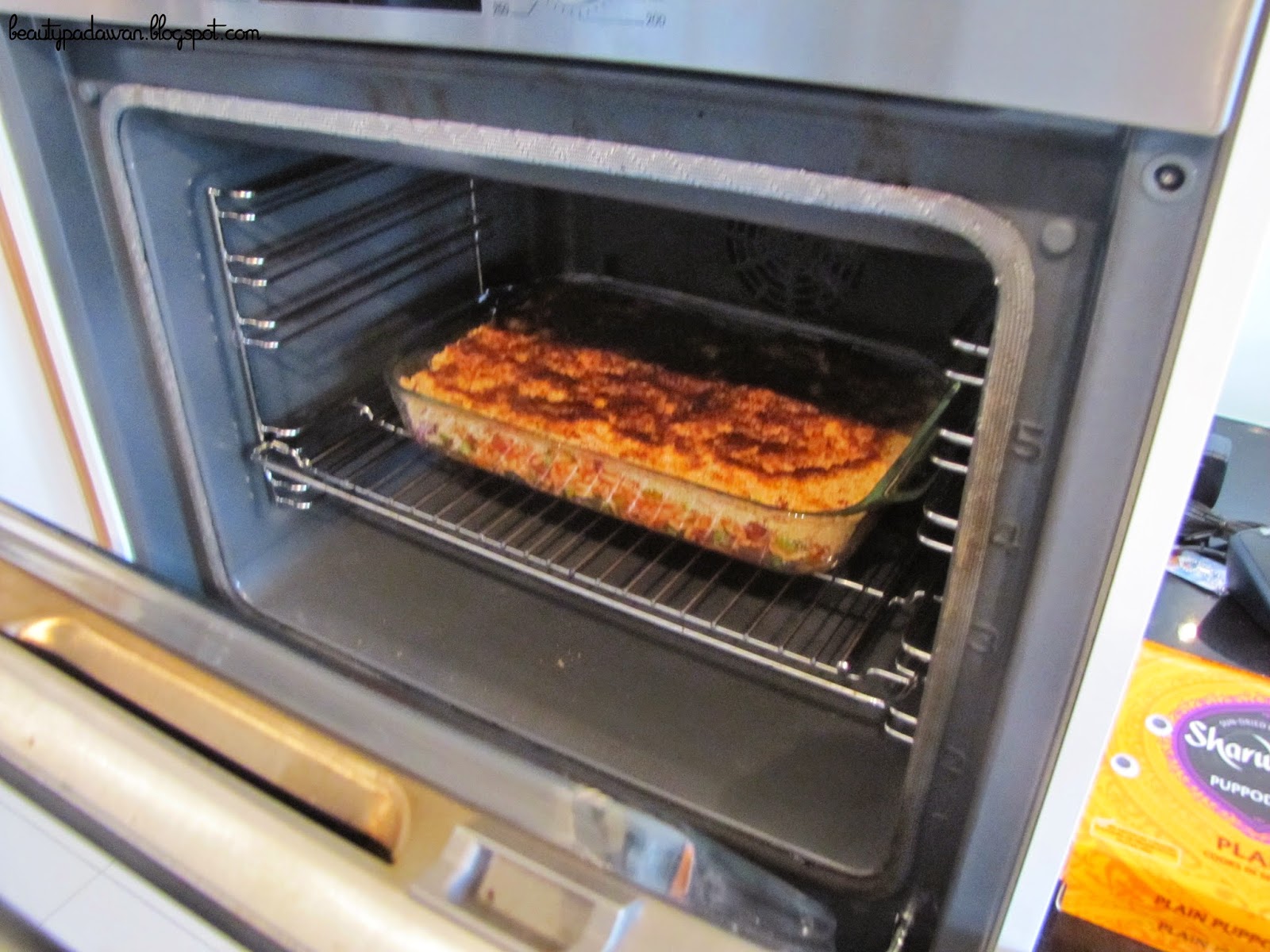 I think the breadcrumbs are the only thing I would revise about this recipe.  It calls for two cups, but, as you can see, this is a lot of breadcrumbs. If I were to make this again, I'd probably use half a cup less and see how it goes. It was also supposed to go under the grill for five minutes, but I happened to glance at it after a little over one minute, and I saw that it had "schnitzel-fied"! (Y'know, because that's how homemade schnitzel turns out when you fry it -- blackish but not burnt). I immediately switched off the oven and left the door open.

The breadcrumbs didn't really "crisp" up too much. This might because of the type of breadcrumbs that I used (the original recipe asks for fresh breadcrumbs made from Turkish bread; I just used ye olde regular dried breadcrumbs) or it could be because of the heat setting of my grill (hey, the recipe said high, I turned it on high!). 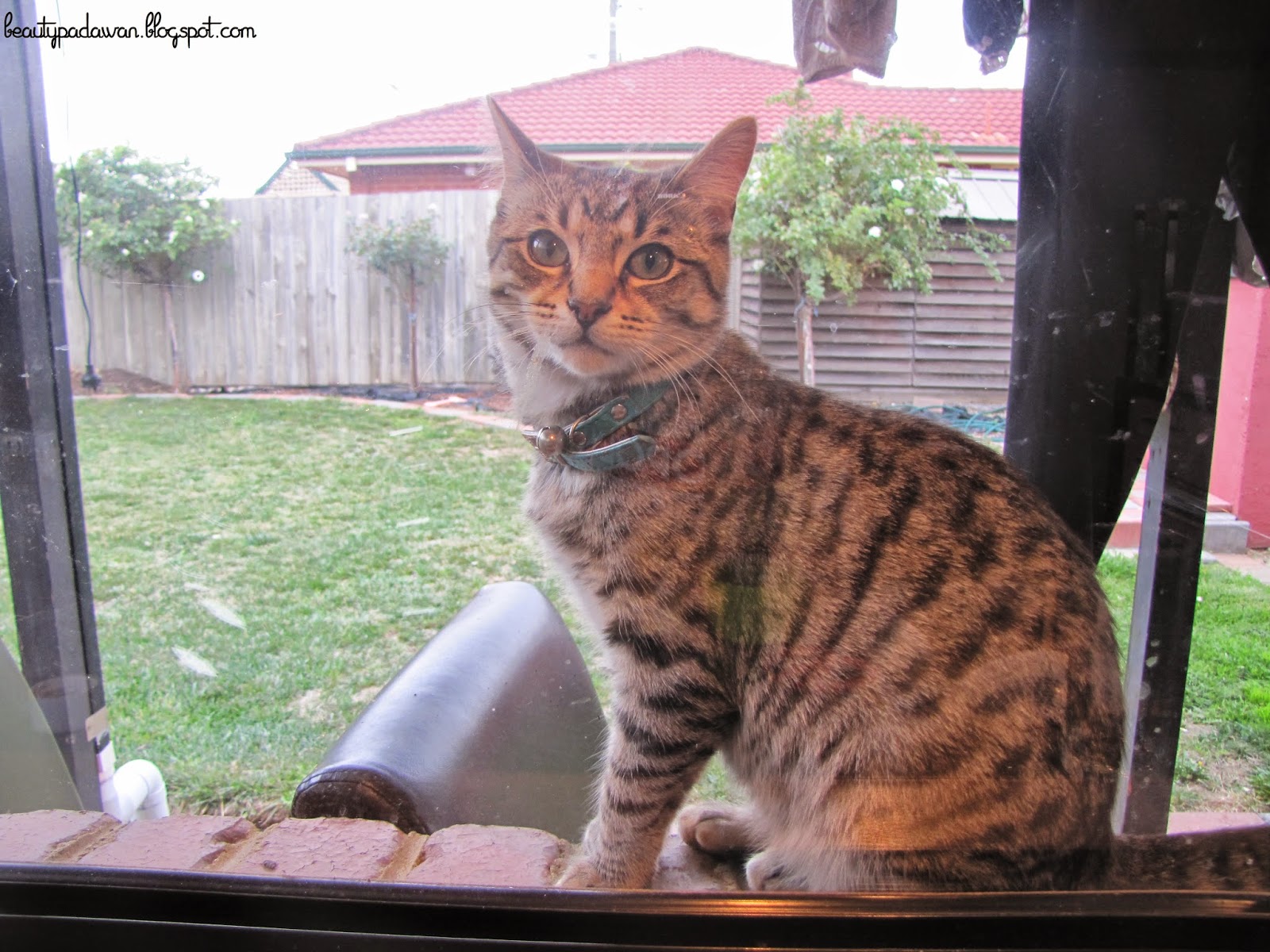 No, Claflin, you can't have any. Stop staring, you cute thing.

The original recipe came from the June 2013 issue of Australian Good Taste Magazine, and you can view it here. If you can't be bothered going to another site, I've included it below.

So there you go, an easy dinner that tastes delicious and will be good come the winter months! What have you tried with chorizo?