The challenge for Day 4 has been a tough one. I love movies -- having a first and second favourite is easy for me, but then extending it to five... It becomes much tougher! There were many, many other films that I could've included in this list -- Beverly Hills Cop or Die Hard, for example -- and the only reason that they missed out is that they weren't the first five films to come to mind.

So, going from least to most favourite, my Top 5 favourite films are... 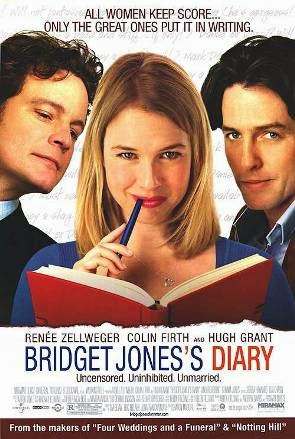 It's only natural that a quality film like Bridget Jones' Diary should be on this list. It's got it all: loud friends, a love triangle between two of the hottest guys in the last quarter century (Colin Firth and Hugh Grant, as if you needed to ask), and a protagonist that most women can relate to. If you haven't seen this film yet, I suggest you calmly throw your computer out the window immediately, buy it, then watch it -- with popcorn. 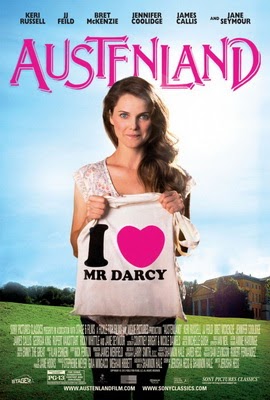 You don't need to be a Jane Austen fanatic to enjoy this movie -- you don't even need to like Jane Austen at all! This film is about an American woman who is (un?)fortunately obsessed with everything Jane Austen -- perhaps more specifically, Pride and Prejudice and the dose of Colin Firth that it brings with it. Suddenly realising that she's single, in her mid-30s and with no meaningful plans in her life, she decides to spend her life savings (more or less) on a trip to Austenland, a place where Jane Austen enthusiasts can immerse themselves in an authentic Jane Austen experience. Starring Keri Russell, Jennifer Coolidge, JJ Feild (hello, sailor) and James Callis, you'll have a great experience watching whether you love or loathe Austen herself. 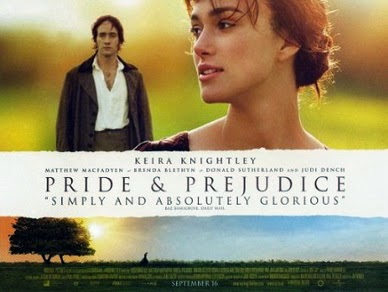 It was essentially Pride and Prejudice that made me the person I am today, so it was, without a doubt, an obvious choice on this list. For a version that's good for a Girls' Night In, the 2005 film starring Keira Knightley and Matthew Macfadyen is the safest bet -- but there are loads of other versions, depending on your tastes. There's the 1940 black-and-white film starring Laurence Olivier and Greer Garson, the 1995 mini-series with Colin Firth and Jennifer Ehle (although that will take you all night to get through), Bride and Prejudice, which is a Bollywood remake, or Lost in Austen,  a re-write starring Jemima Rooper about a 21st-century woman who accidentally time travels to the pages of Austen's book. 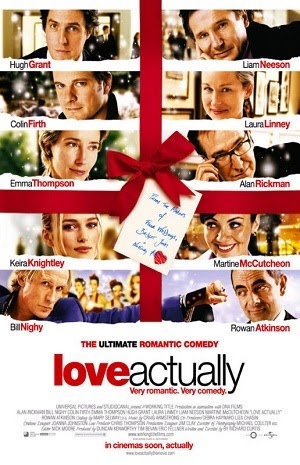 This was my favourite film ever until about a couple of years ago. I don't see how it couldn't be on anyone's list, especially if you're after a feel-good night. You've got all kinds of different love stories showing all kinds of different love. There's Keira Knightley, Colin Firth, Hugh Grant (....is there a pattern here?), Rowan Atkinson, Emma Thompson, Alan Rickman... Just the cast alone should draw you in. 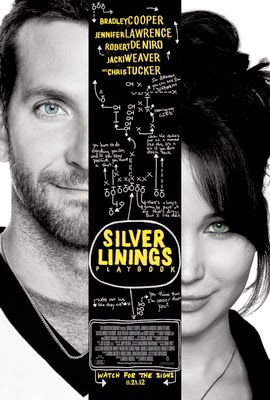 My favourite film of all time. This was nominated for eight Academy Awards in 2012 -- it won 49 of the various 102 awards it was nominated for over 2012 and 2013 -- and if you haven't watched it by now, then you really should. It's not quite a chick flick -- I think of it more as a chick flick for guys. The films deals with the issues of losing and finding yourself really well, and I connected with it the first time I watched it. If you're not into such themes, it's probably just worth watching for Jennifer Lawrence and Bradley Cooper -- because why not?

What are your Top 5 favourite films? Do you like any of these?