Going to Japan, I had one thing and one thing only on my personal shopping list: makeup. Yes, makeup might mean dozens and dozens of items, but it really was the only thing I had any interest in purchasing for myself. I knew there were items from brands like Rimmel and L'Oréal that I wouldn't be able to get in Australia, and I figured that there were other brands waiting for me to discover them.

With makeup on the brain, I'd completely forgotten about Japan's ability to create something else that I have a deep, undying love for (besides tonkotsu ramen): stationery.

Yep, in today's post you're going to be treated to all of the different stationery that I bought for myself, despite not needing any of it. There's other stuff in this post too, like charms from temples and Disney themed jewellery -- but yeah, most of it's stationery. 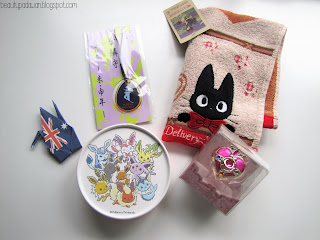 Australian origami crane || I thought about buying this, but it was actually given to me as a gift by an old man when I bought something from his store in Koyasan. It was very sweet of him, and I couldn't not include it here.

Year of the Monkey charm || I bought this from Kaminarimon in Asakusa on the second day of my tour. I was born in the Year of the Monkey -- which 2016 also happens to be! -- so, y'know, I couldn't pass up the opportunity! I bought other Chinese Zodiac charms for my brothers too, and they really liked them.

Eeveelution container || I got this from the Pokémon Centre in Ikebukuro's Sunshine Mall. The first time I went, I passed it over -- how on earth could I justify 500 yen plus tax for an empty box? The thing is... I saw this picture on all kinds of posters around all sorts of stores. I even noticed a promotion for what looked like a loose powder compact type thing at a store called It's Demo, but they didn't have any left, so when I went back the Pokémon Centre a few days later...

It turned out to have biscuits in it, so it wasn't as much of a waste as I thought. XD

Kiki's Delivery Service hand towel || I'm actually not that into Studio Ghibli, but when buying a whole bunch of stuff for one of my brothers, my eyes kept coming back to the adorable little cat from Kiki's Delivery Service. I settled for the hand towel because it's practical and I felt that I might actually need it during my trip -- and the cat on it is sooo soft! I kinda don't wanna use it, so that it stays soft forever!

Sailor Moon Miniature Tablet || Swear to goodness, I almost lost my nut when I saw this! I'd seen these reviewed on YouTube but they were one of those things that I never actually thought I'd ever see in person. There were others from the set in the store, but this was the nicest one and I was exercising an odd sense of self-control -- buuut you're about to see why. 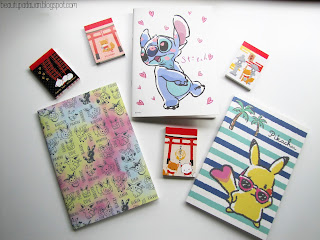 Hellooooooo, stationery! I bought the abovementioned Sailor Moon thing at It's Demo, and the reason why I went easy on buying things from that collection was because I went to town on the notebooks!

The little Post-Its that you see are actually from Fushimi Inari Shrine in Kyoto, not It's Demo in Ikebukuro, so they don't count in the 'going to town' sense of this haul, but aren't they just adorable?! Then there are the things that did come from It's Demo: the cute Eeveelutions, Stitch covered in kisses, and Pikachu with sunglasses!

My heart! It beats! 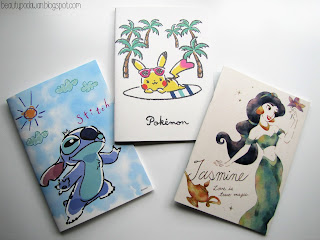 And how adorable is this Stitch notebook? I think this was the first one I actually picked up in the store. It was the gateway notebook -- I saw this notebook, touched its cover and then before I knew -- BAM! -- notebooks everywhere! Pikachu on the surfboard is also super adorable, chilling out there like she's got all the time in the world, and while Jasmine isn't 'my' Disney princess, I just thought that the design was so elegant that I couldn't help myself.

There were other Disney princesses there too, but alas, no Snow White. The whole watercolour design for Disney princesses seems to be really popular in Japan at the moment, and I really could've bought so much more than the store had. 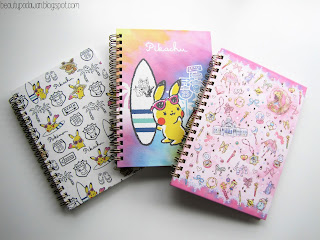 I couldn't pass up on the hardcover books either! Pikachu chilling at the beach... Pikachu with a couple of Eeveelutions on a surfboard... I really like hardcover books for work particularly, because they're just that much more durable. I typically don't have to worry about them about them bending or getting out of shape or being crushed by whatever farm tools make their way into my handbag...

I'm joking about the farm tools.

The Sailor Moon notebook probably pushes my limit for cutesy, just a little bit. I got it from Hakuhinkan Toy Park in Ginza (that was a whole adventure in itself), and with my love for Sailor Moon, it ended up in my arms relatively quickly. It's no secret that I enjoy cute stuff, but there is a limit to how much I can take, so it wasn't an immediate given as soon as I saw it. 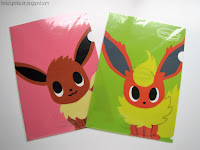 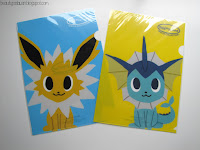 How freakin' adorable are these?! I saw these at the Pokémon Centre as well, and didn't get them the first time around because I had other stuff I wanted to buy -- but I couldn't resist the second time! I'm not gonna lie, I have absolutely 100% no idea as to what I'm going to do with these but I just don't care. 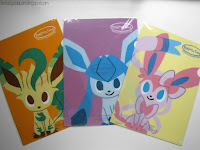 Yep, I got one of each Eeveelution. 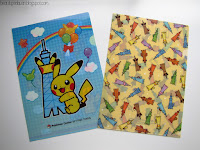 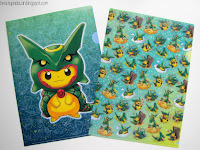 And how adorable is Pikachu clinging to the SkyTree Tower? This was a double pack, which I hadn't been too sure about until I actually opened it up, so it came with the folder of the little Starter Pokémon SkyTree Towers as well. 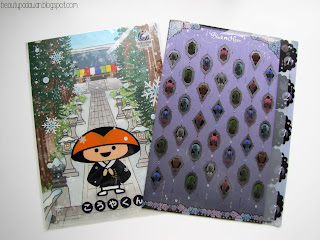 I bought the file on the left when I was in Koyasan, from a shop run by a little old man who gave me the Australian origami crane. There were four different folders, one for each season, but I held back and settled for just picking the one for winter.

Then, on the right, you see... a Sailor Moon Black Moon five-part folder. Is that a chorus singing hallelujah I hear? I just -- you know -- my heart. It's not often that you get goods with villains on it, and especially something that, to me, has a bit of a classier feel about it. Will I be rocking this when I get full-time work? Hell yeah. 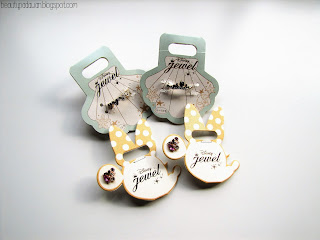 I don't think I've been to a Disney store since that time I passed by one as a little girl, saw a Cruella de Vil plush and refused to let go of it. Going to the store in Ikebukuro was like heaven. Seeing the jewellery, there was no way I couldn't not get some of it, so I settled for several pieces that I thought were kind of understated -- just the way I like my fandom merch.

There's a Mickey Mouse ring, which I really like because the fact that it is Mickey isn't too obvious until you actually get a proper look at it; if you're glancing at it, it looks something more like a crown or an old-school castle wall. There's also a tiara ring, and for some reason I had in my head that it was Princess Aurora's tiara, but it really isn't, is it? I've been trying to wrack my brain to figure out who it belongs to -- someone, help me out!

What is indicative of Princess Aurora are the earrings -- really cute studs with her actual crown and a pink gem the colour of her official dress. The back of the earrings are nice and long too, so they're going to be less likely to fall out. That's not to say that I have fat ears, by the way, but I do have an amazing ability to lose earrings while wearing them. It's pretty much a gift.

Let me show you some close-ups! 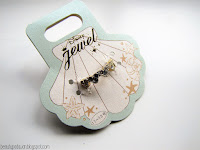 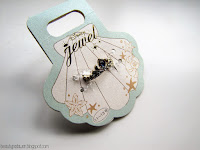 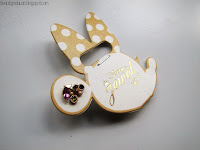 Last, but certainly not least, there's something I bought that got me so excited I had to have a private fangirl moment when I got back to my accommodation in Ikebukuro. 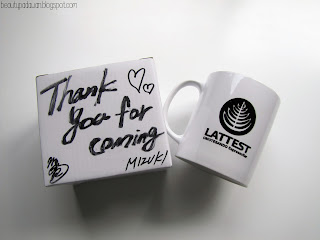 I went to a café in Omotesando called LATTEST and I actually got to meet a girl who works there who's kinda famous. She was on a Japanese TV show on Netflix called Terrace House, a show that I've really gotten into, and I could hardly believe that I got to meet her. I was tossing up whether or not to buy a mug from the café as a memento, but someone (maybe my best friend? I can't quite remember. Probably my best friend.) told me to just go for it!

Not gonna lie, was absolutely surprised and 100% excited when I realised she'd written a message on the box.

Does that make me kinda lame? Maybe. It doesn't matter.

Either way, that wraps up the collection of wonderful, wonderful stuff that I got while I was overseas! I feel like I picked up so many adorable things, and even if they weren't exactly needed, at least I know that they'll get used in the future. (Note to self: don't buy yourself stationery for another seven years).

If you want to take another look at the makeup that I bought while I was there, you can go here and check it out.

Did anything here catch your eye? Do you have a stationery obsession too? Let me know!