Tutorial-ish: Summer on your Face

It was while swatching the Bright Mattes palette from Makeup Revolution, that the idea for this look was born. I was re-taking swatch photos (because that's what you do), and I was drawn to the hot pink and the yellow next to each other. "I need this on my eyes right now," I said out loud to absolutely nobody, and the dog next door barked. 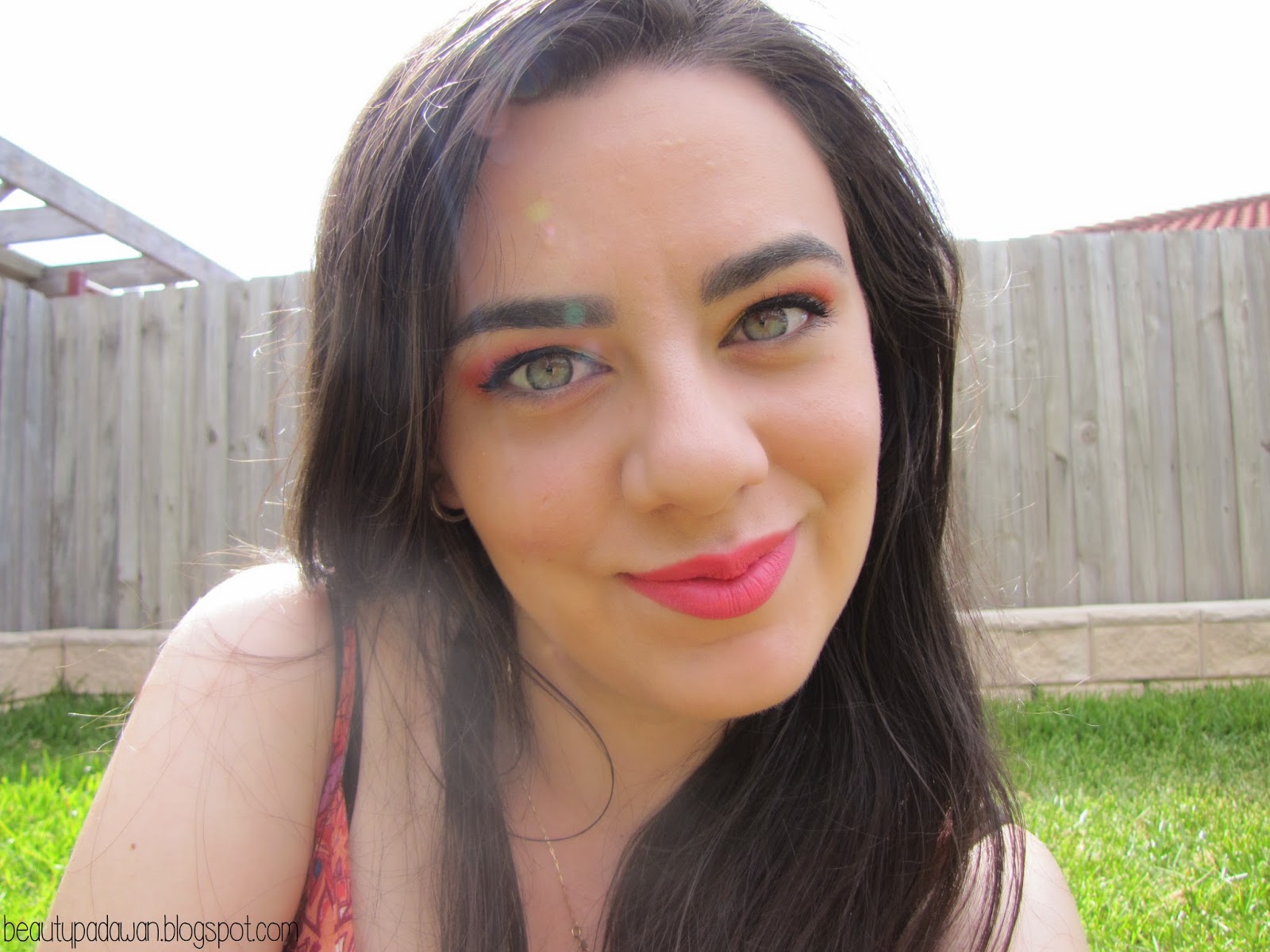 It actually ended up being a bit of a pick-me-up, because someone in the universe had turned the Summer switch off in Australia. It was cold. It was miserable. It was raining. I could've sworn it was July 2012 and I was in England. Putting a colourful makeup look together made me feel like it was so hot outside that an egg would've fried in my backyard. I think it's something that can be enjoyed by a lot of people right now, whether you're suffering in hellish heat or somewhere deceptively sunny yet rather cold.

The whole thing with a glowing summery look is that your face has to be, y'know, glowing and flawless -- and while it's not something I'm usually all that fussed about (problem skin will be problem skin, y'know?), I said to myself, "Why not?" 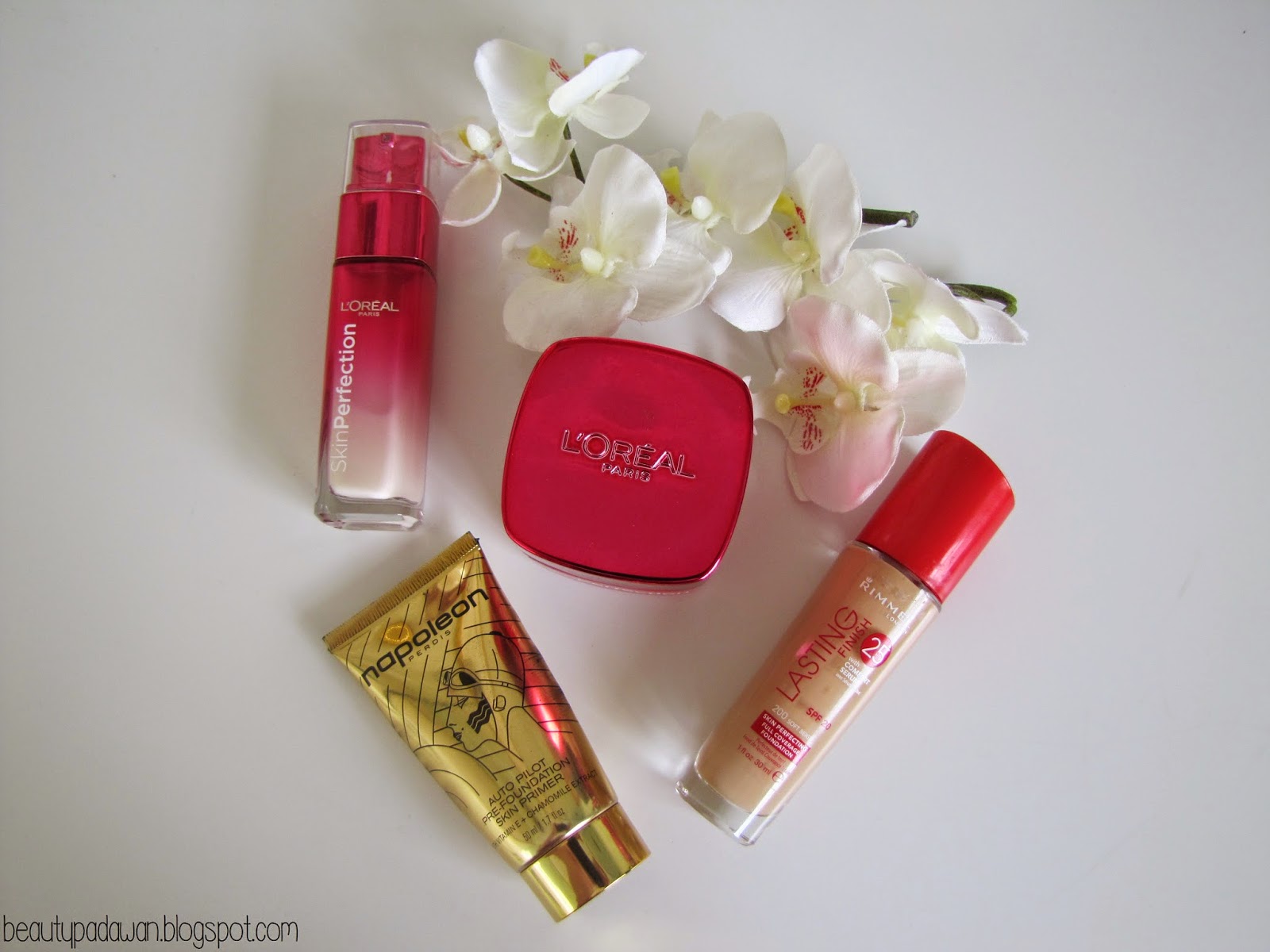 So, to start, I applied the L'Oreal Paris Skin Perfection Concentrated Correcting Serum lightly all over my face, followed by the L'Oreal Paris Skin Perfection Correcting Day Moisturiser about a minute later. These two products together make my skin feel amazingly soft and I've noticed it helps my makeup stay in place a little longer, which is exactly what I want when the weather gets so hot that a short walk to the shops makes me sweat like I've done an hour of Zumba. Following the moisturiser is primer, and the one I picked out was the Napoleon Perdis Auto Pilot Pre-Foundation Primer, as it's supposed to help with giving you a glow from within. Of course, I've also been battling a few face demons, so I wanted a foundation that would assist with covering it all up -- and so I reached for the Rimmel Lasting Finish 25H Foundation in "Soft Beige".

Then onto the colourful part of the look! 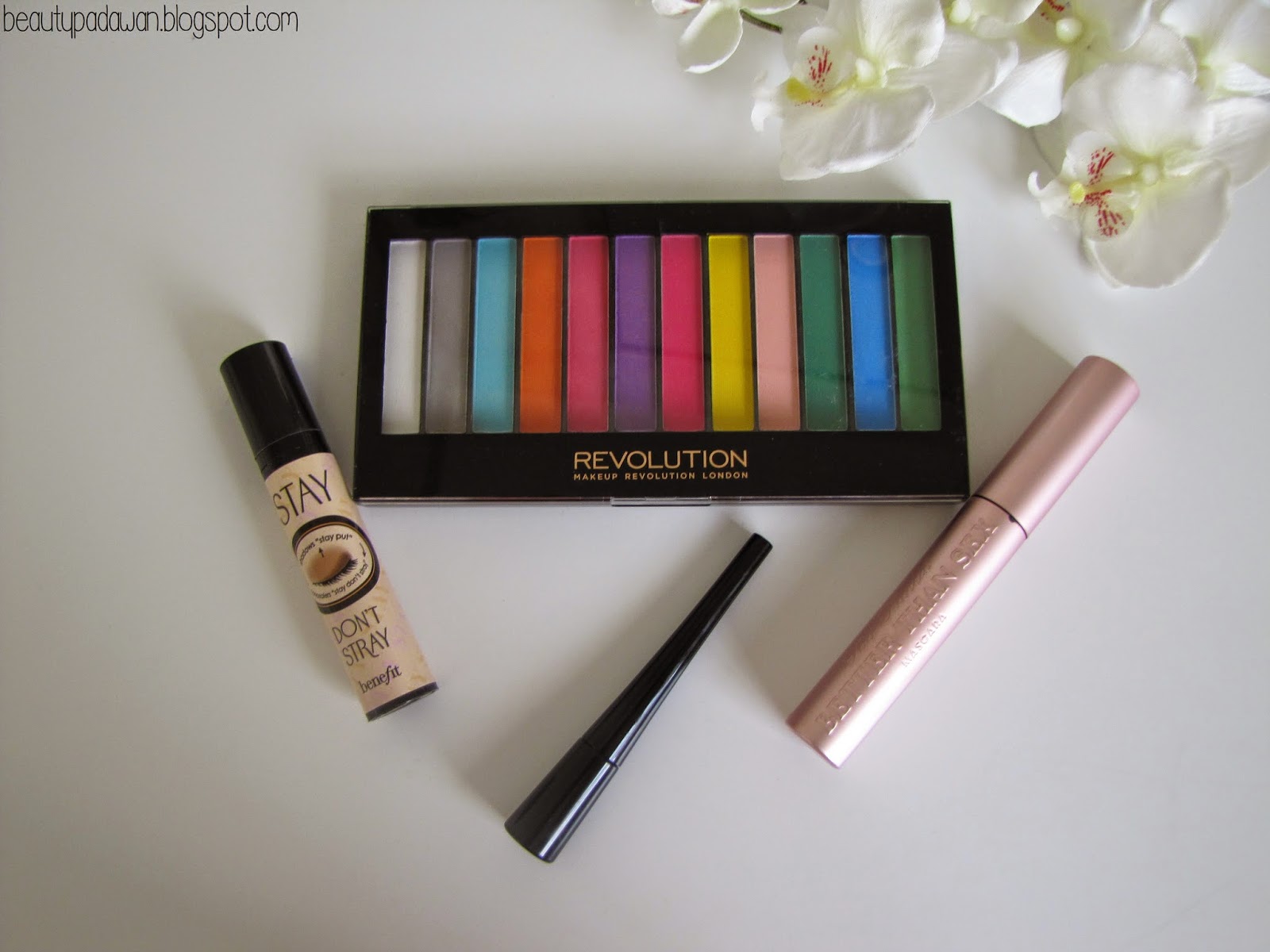 I primed my eyelids with Benefit Stay Don't Stray, which I find to be a rather reliable primer for keeping my eye shadow intact for the summer. The palette I used, as can be plainly seen, is the Makeup Revolution Bright Mattes palettes, the three shades being the orange, the second pink and the yellow. (Oh how I wish I could give names to these shades!)

With the Real Techniques Domed Shadow Brush (from the Travel Essentials pack), I used the Tweety Bird yellow shade all over my lid, just packed it on real good. I used this brush because it's big -- possibly almost a little too big -- so it'll pack the colour on quickly. You can use whichever shadow brush you normally like to use.

Then I took the super vibrant orange and, using the Mecca Cosmetica Domed Eye Blending Brush, swept that through the crease, effectively making it a transition colour. I think. It also kinda acts as part of a gradient into the pink. Call it what you will.

Using the Real Techniques Deluxe Crease Brush (from the Starter Set), I blended the second hot pink colour in with and above the bright orange. This particular brush is really quite big, so I usually don't use it on its own for blending, but it works well if you move it in small circular motions. This pink ends up looking almost red when blended with the orange, but it can actually overtake it and make it... disappear, if that makes any sense. I blended a little more of the orange back into the crease to make sure that it shows up and continues the gradient.

Of course, for any look, you have to have liner, right? I used my favourite liner of all time -- the Maybelline Hyper Glossy Liquid Liner -- and made a small wing with it. For mascara, I wanted lots and lots of lashes, so I used two coats of the Too Faced Better Than Sex Mascara. You could add false lashes if you want as well, because I think they'd look really pretty -- but it's really not a necessity. 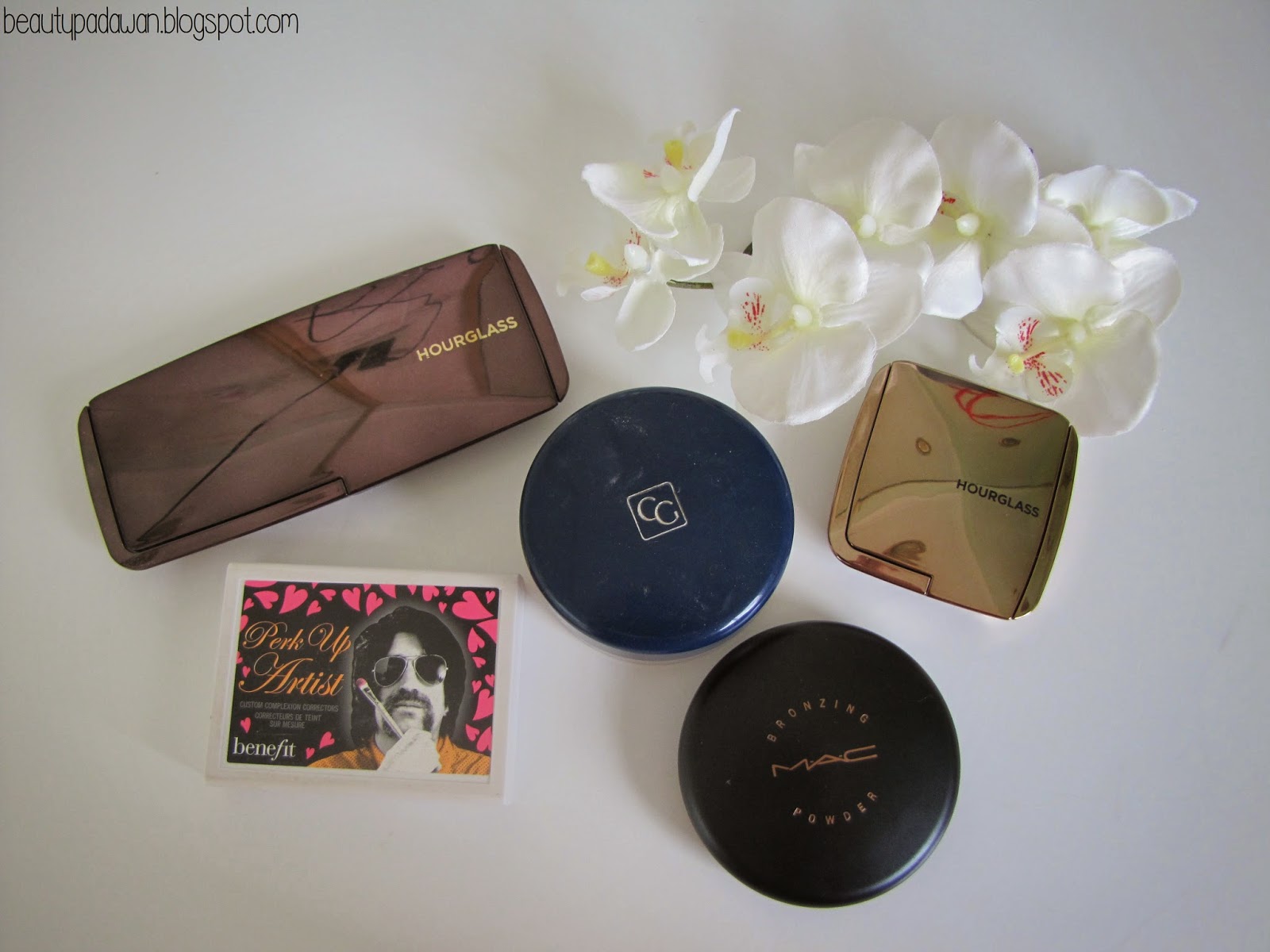 Finishing the face off! There was still a lit bit of redness from my major face demons, so I used the Benefit Perk Up Artist concealer palette to cover them up. I set my foundation with a loose translucent powder by CoverGirl -- it's a product that I found in the back of my cupboard and am trying to use up. The only thing I can find online which seems closest to what I have is the Professional Loose Powder, but the colour of the packaging is different, so it might not be exactly the same... Either way, whatever it is you want to use to set your foundation, that's what you should go for!

I contoured using my MAC Bronzing Powder in "Matte Bronze" along my cheekbones, as well as my temples and into part of my hairline. Bronzing around my forehead is something of a new technique for me, one that I'm a little bit unfamiliar with, but so far I'm enjoying that little bit of a 'summer glow' feel that it gives to my face! I really wanted to use a coral-toned blush for this look but I found that I didn't have anything, so I went with the Hourglass Ambient Lighting Blush in "Luminous Flush" on my cheeks.

Of course, being summertime, we kinda can't just leave it there -- we need to glow like we've spent the afternoon bathing in the sun with Miranda Kerr, and I decided that the Hourglass Ambient Powder Wardrobe would be perfect for it. Using the EcoTools Custom Coverage Buffing Brush, I put "Incandescent Light" along the tops of my cheekbones, the bridge of my nose (but not the whole way down -- that thing is big enough as it is), and my cupid's bow. With the same light, I very lightly dusted "Dim Light" across my forehead, underneath the contour on my cheekbones, and on my chin. Is that too much powder? If you figure it's too much for you, you can totally skip it. 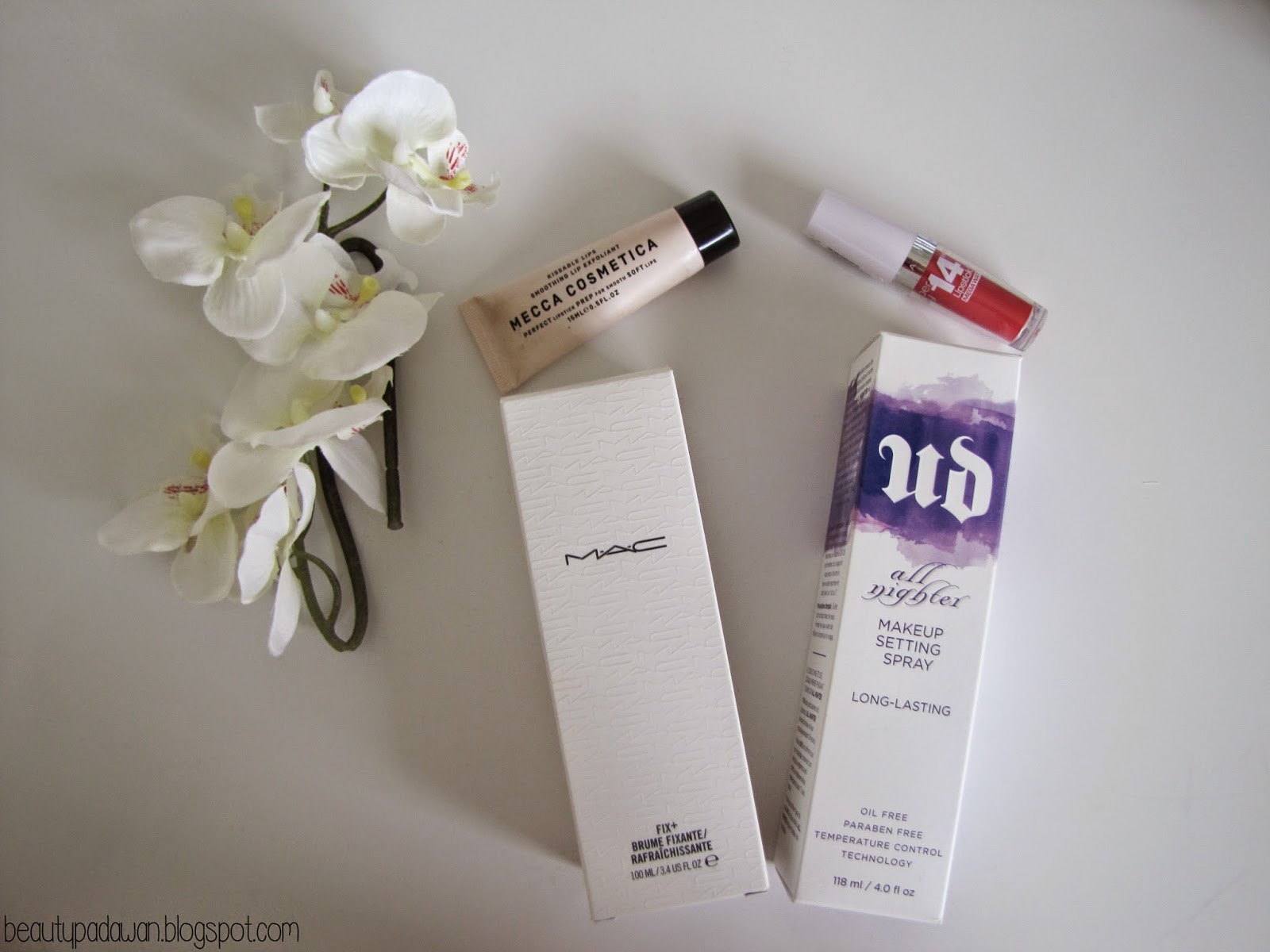 Then for the finishing touches! My lips were feeling a little worse for wear, so I used the Mecca Cosmetica Kissable Lips Smoothing Lip Exfoliant to turn them from scaly to smooth. Now, you could absolutely go commando on the lips -- have less on them than Channing Tatum in Magic Mike, but I wanted a lipstick that was bright and bold, so I went with the Maybelline SuperStay 14HR Megawatt Lipstick in "Burst of Coral". It's a really strong coral pink that goes on really well -- but, to be honest, I do not like how it dries out on me in the long term, so I'll be looking for a colour dupe that's similar.

Keeping in mind that I wanted a luminous, fresh, glowing look, I spritzed my face very lightly with MAC Fix+, gave it a minute or so to set, then sprayed Urban Decay All-Nighter Makeup Setting Spray to set everything into place like it was the wand of Cinderella's fairy godmother. You could always go with one spray over the other, there's nothing that says you need to use both Fix+ and the All-Nighter Spray -- in my Padawan craziness, however, I figured that both might be good to play around with, and I don't believe my makeup suffered.

I think that this one of those looks that looks its best dependent on the outfit that you're wearing. Me, I like this particular maxi dress from Kmart -- I just make sure I wear a belt with it, otherwise it looks like I'm wearing a horribly unshapely muumuu.

Once you've got your token summery outfit on, you're free to go outside in the scorching sunshine and take as many selfies as your A/C deprived self can handle! 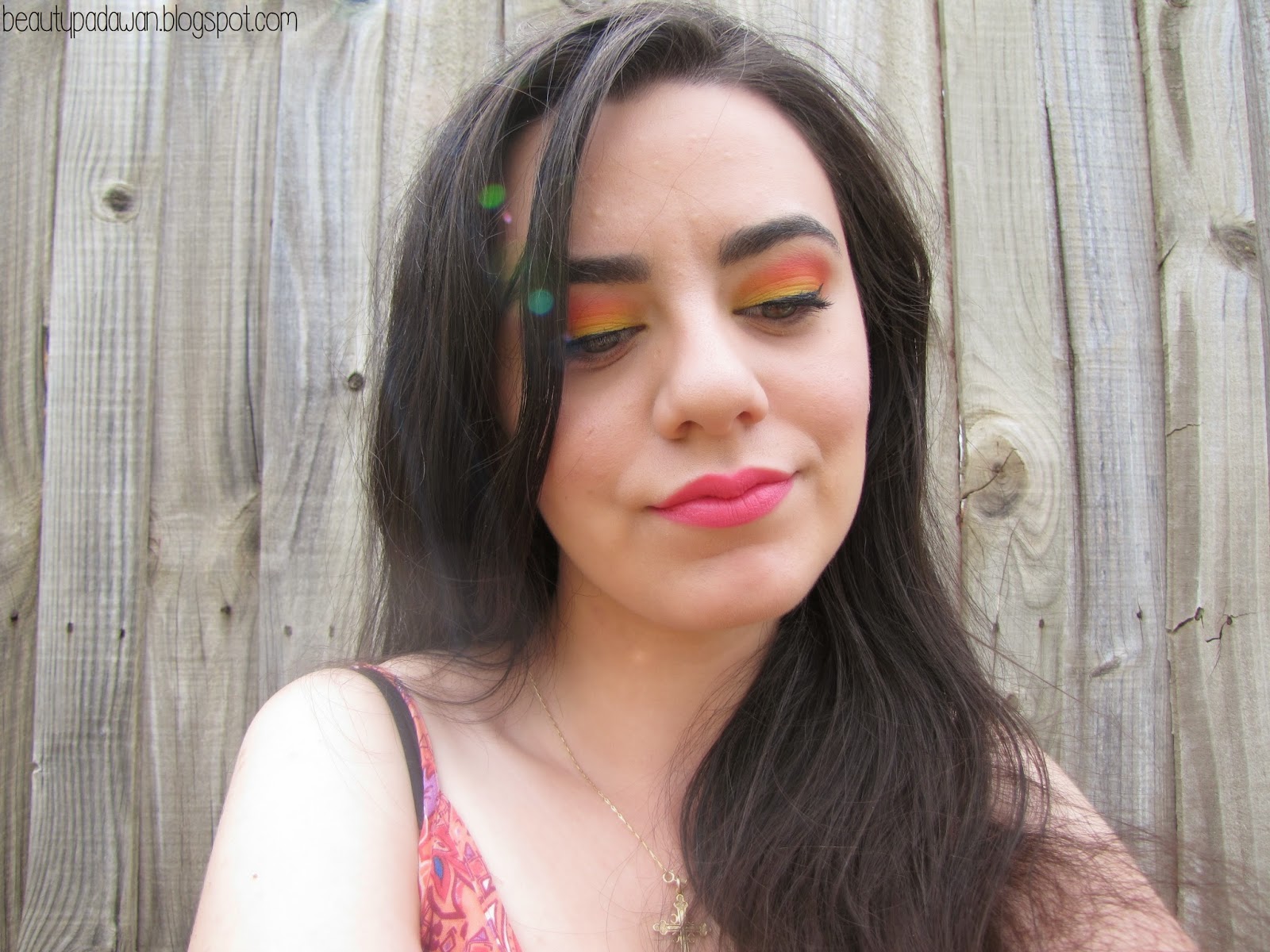 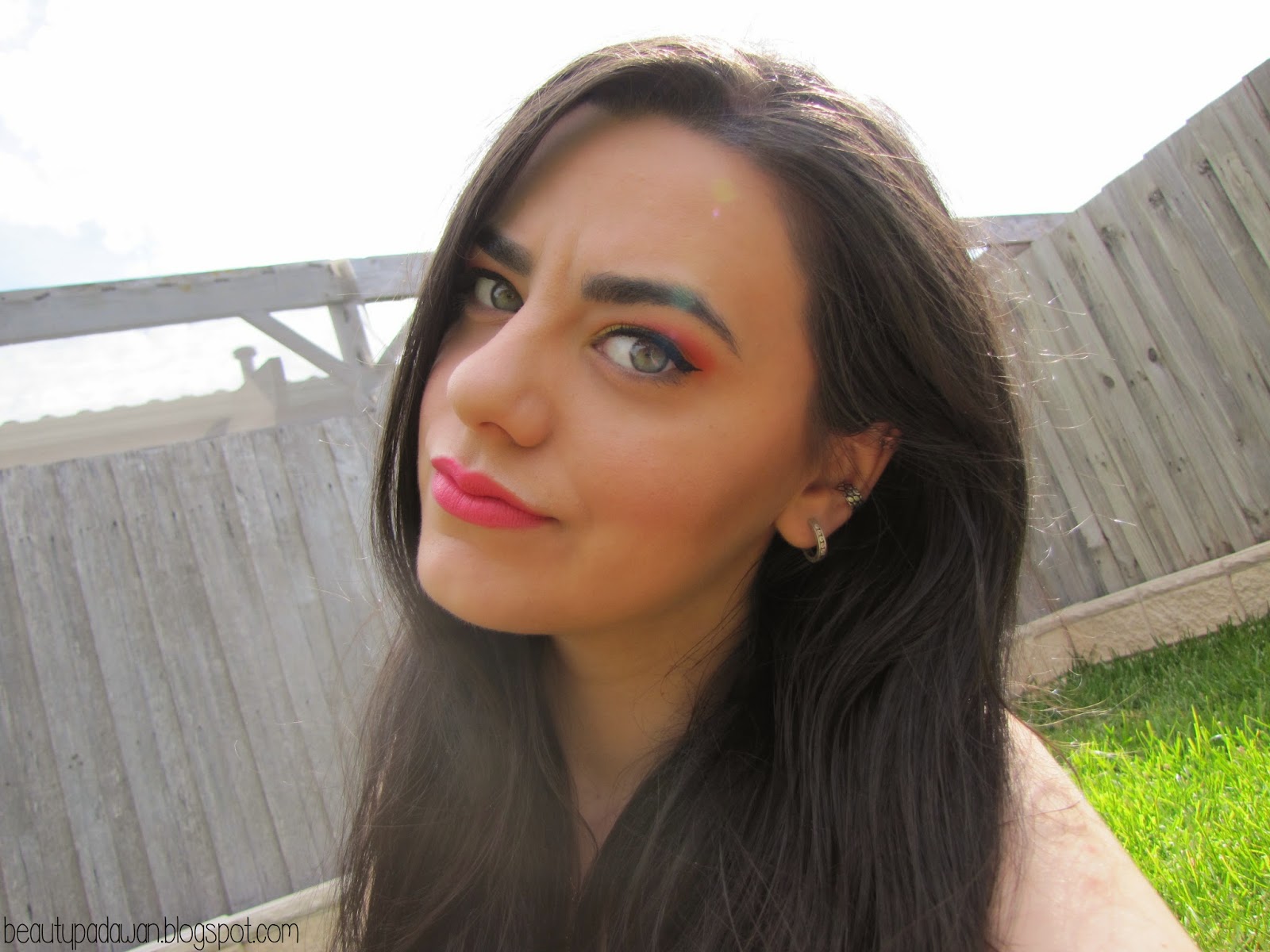 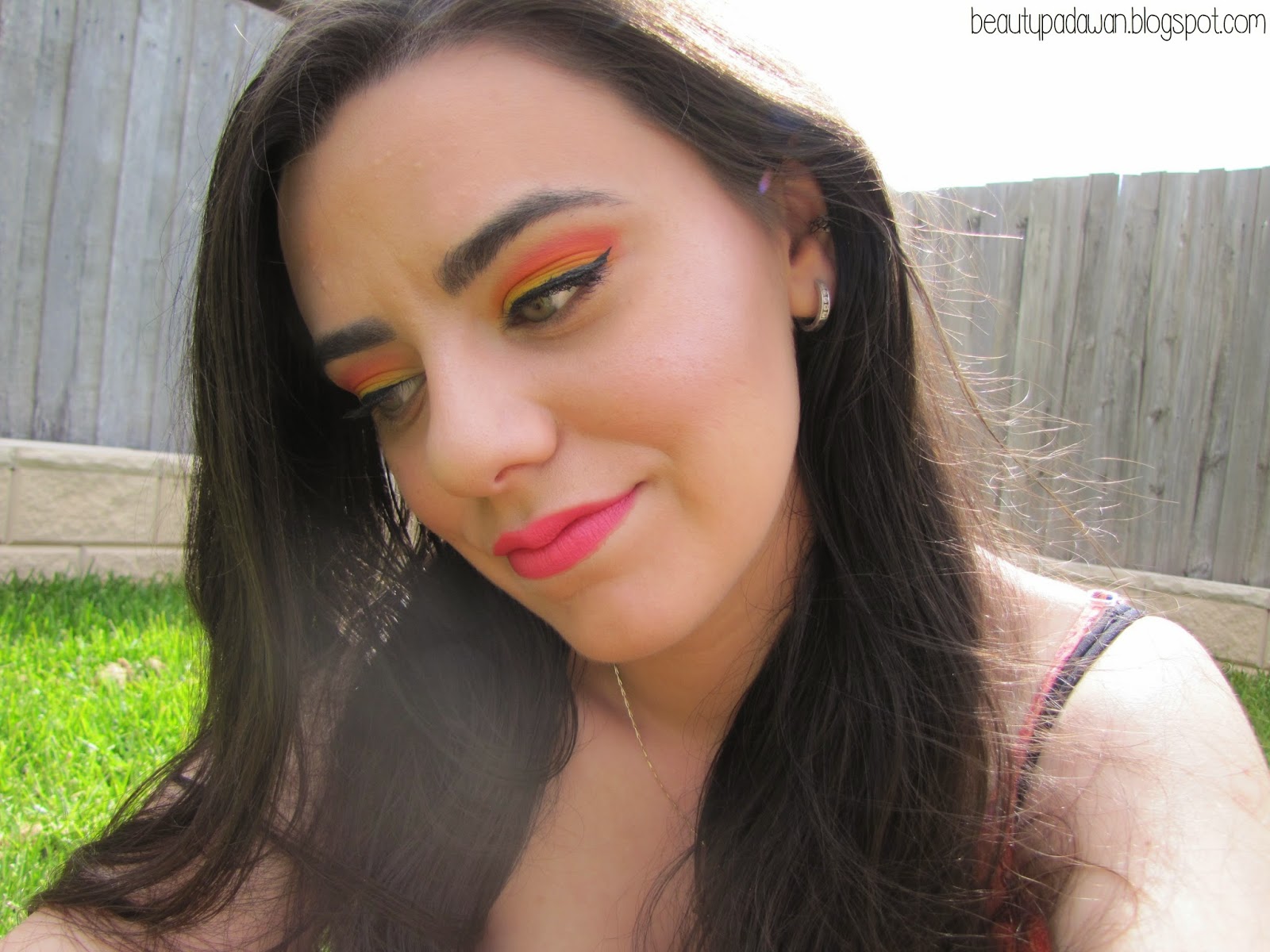 Is this a look that you'd rock in the summer months? Would you go natural on the lip, or pick a really punchy colour? Let me know in the comment section!