How often is it that we discover a hidden gem amongst all the makeup collections on offer for us to buy? With the blogging community as wide as it is, I feel like it's difficult to discover something that someone hasn't already written about -- or knows about at least. That was, until, I was one day perusing the Revlon counters at Chemist Warehouse several months ago (you can read about it here) and saw the following: 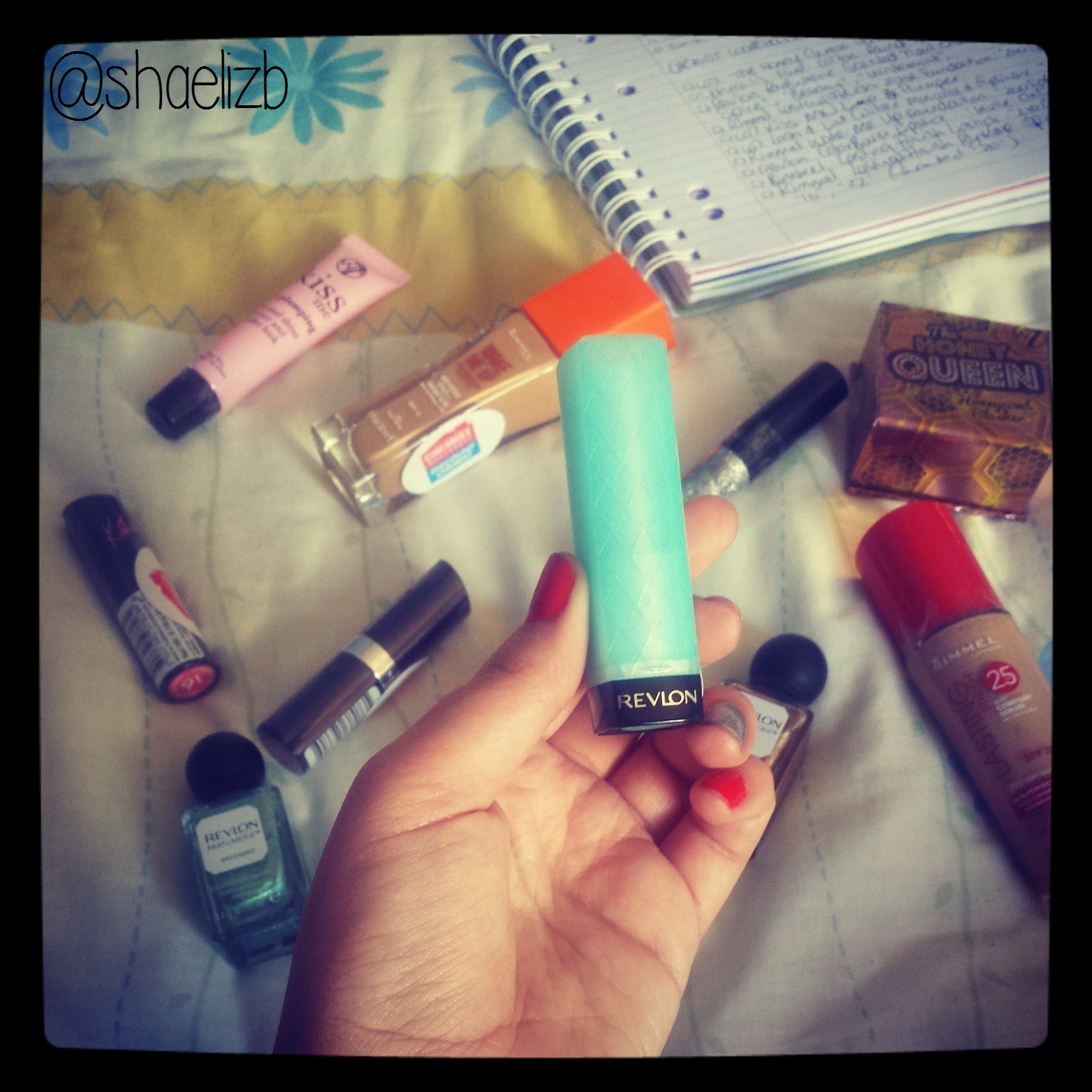 I know what you're thinking: "Blue?! A blue Revlon lipstick? What would that look like? How could you wear something like that?"

The lipstick itself, called "Invite Only", looked rare enough that I was sceptical about putting a review out there -- after all, it was the only one left on the shelf, and despite the sticker marking it as 'new', it was many weeks before I saw it anywhere. Around the same time as the second sighting of "Invite Only" (which was about six weeks later), I spotted this little beauty: 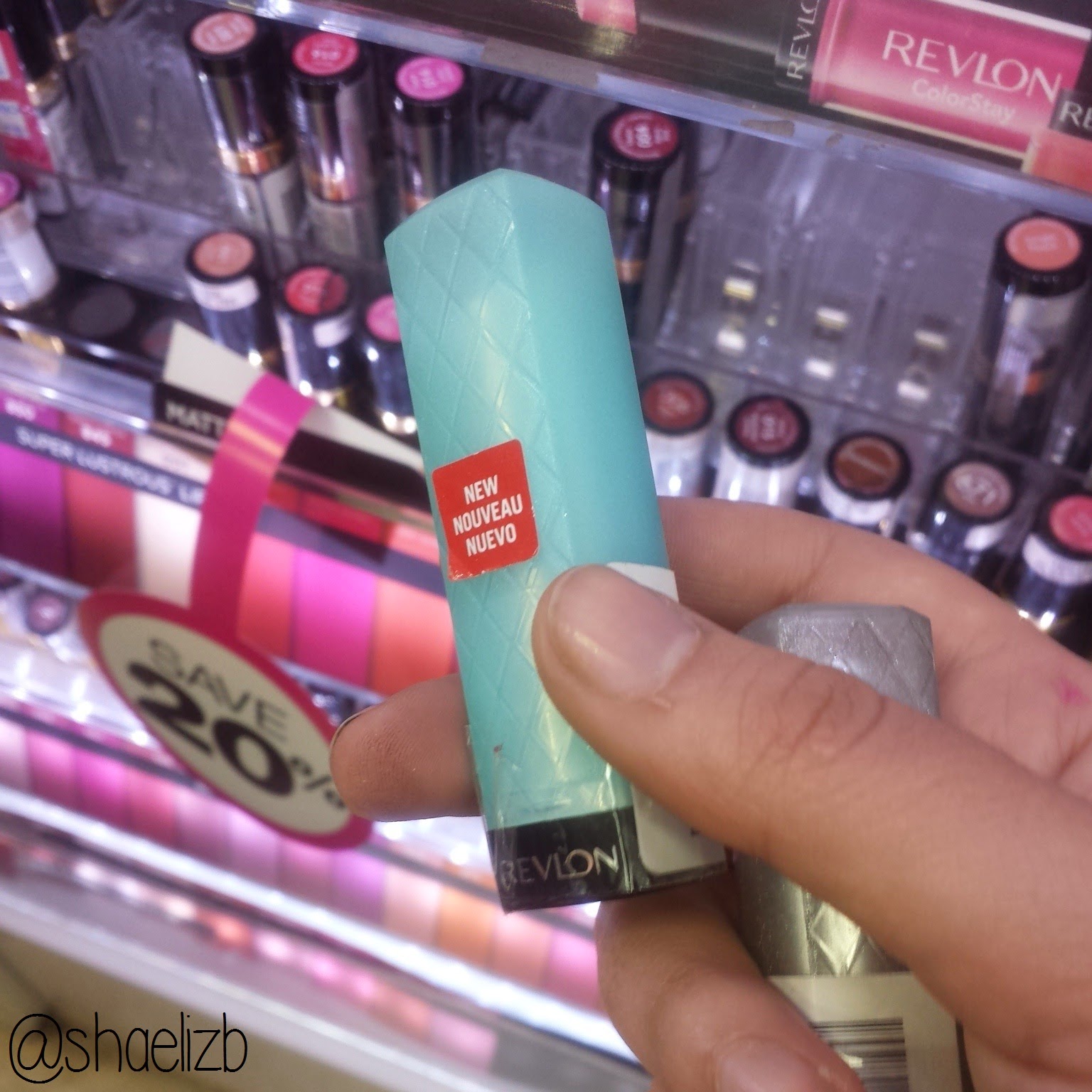 I know what you must be thinking this time around: "Shae. Shae, get with the program. This is the exact same lipstick." -- And yeah, it is, except I want you to focus on this section: 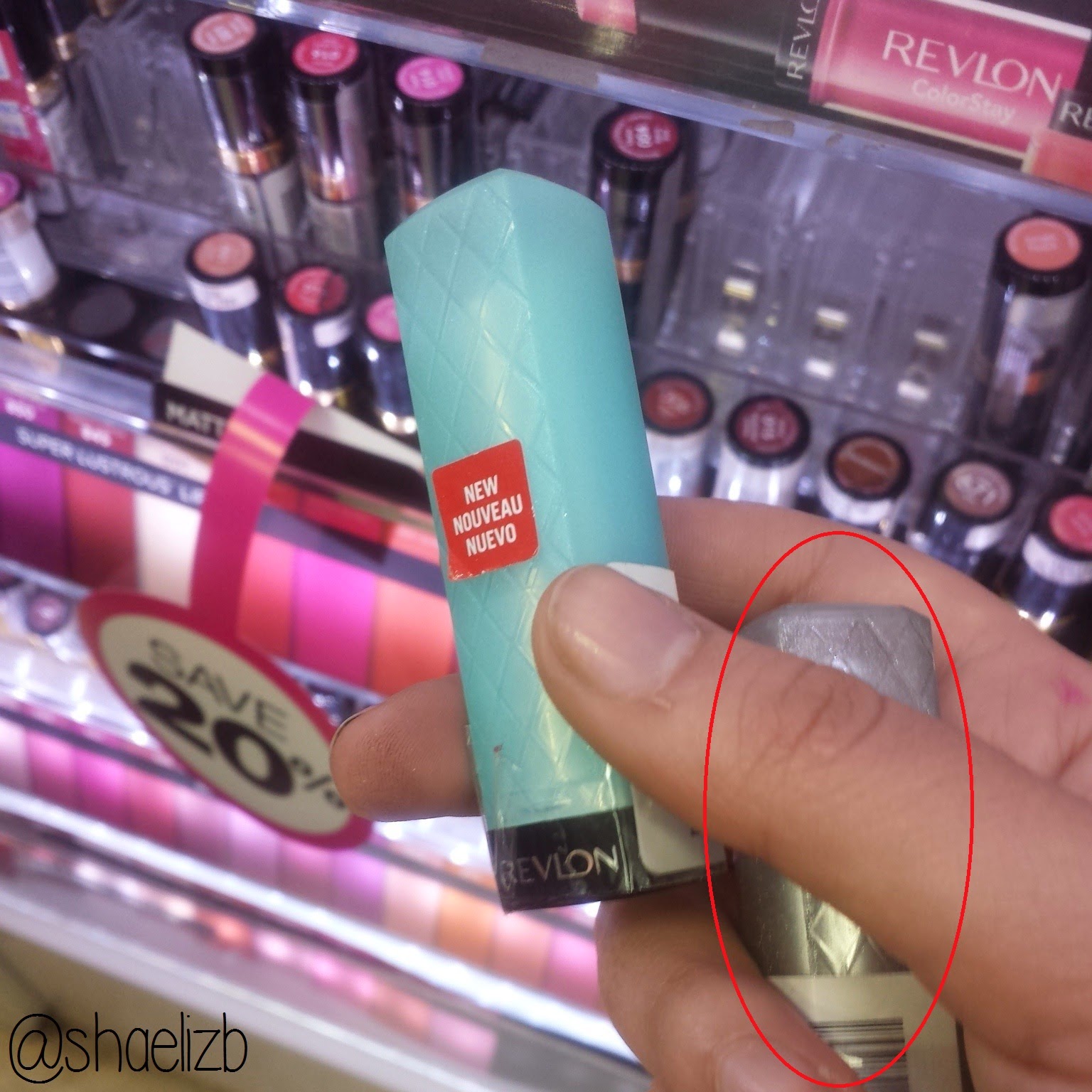 Called "Provocative", this Revlon lippy comes in a sparkly grey-ish case and looks lavender in the tube.

HAS THE WORLD GONE MAD? 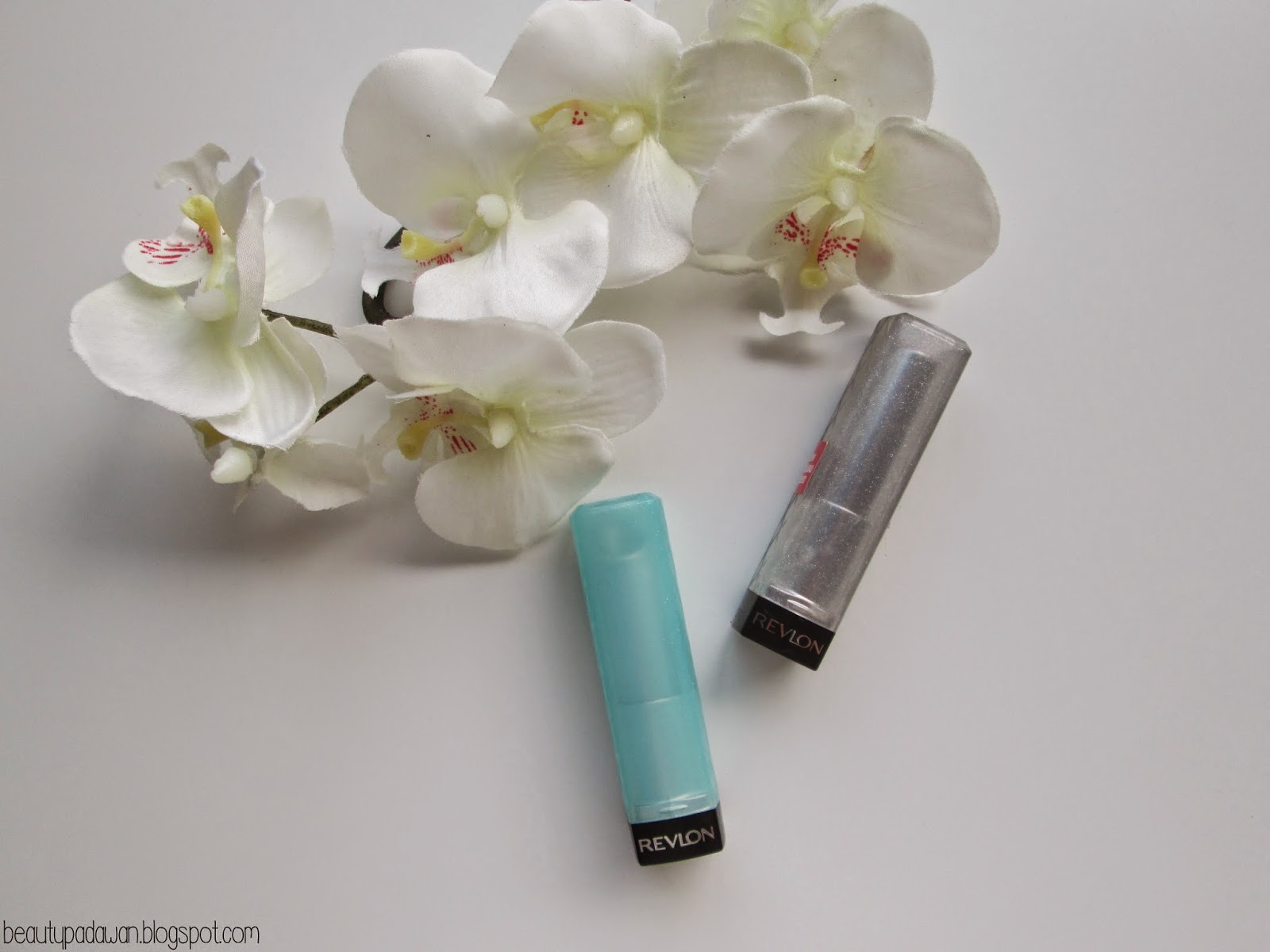 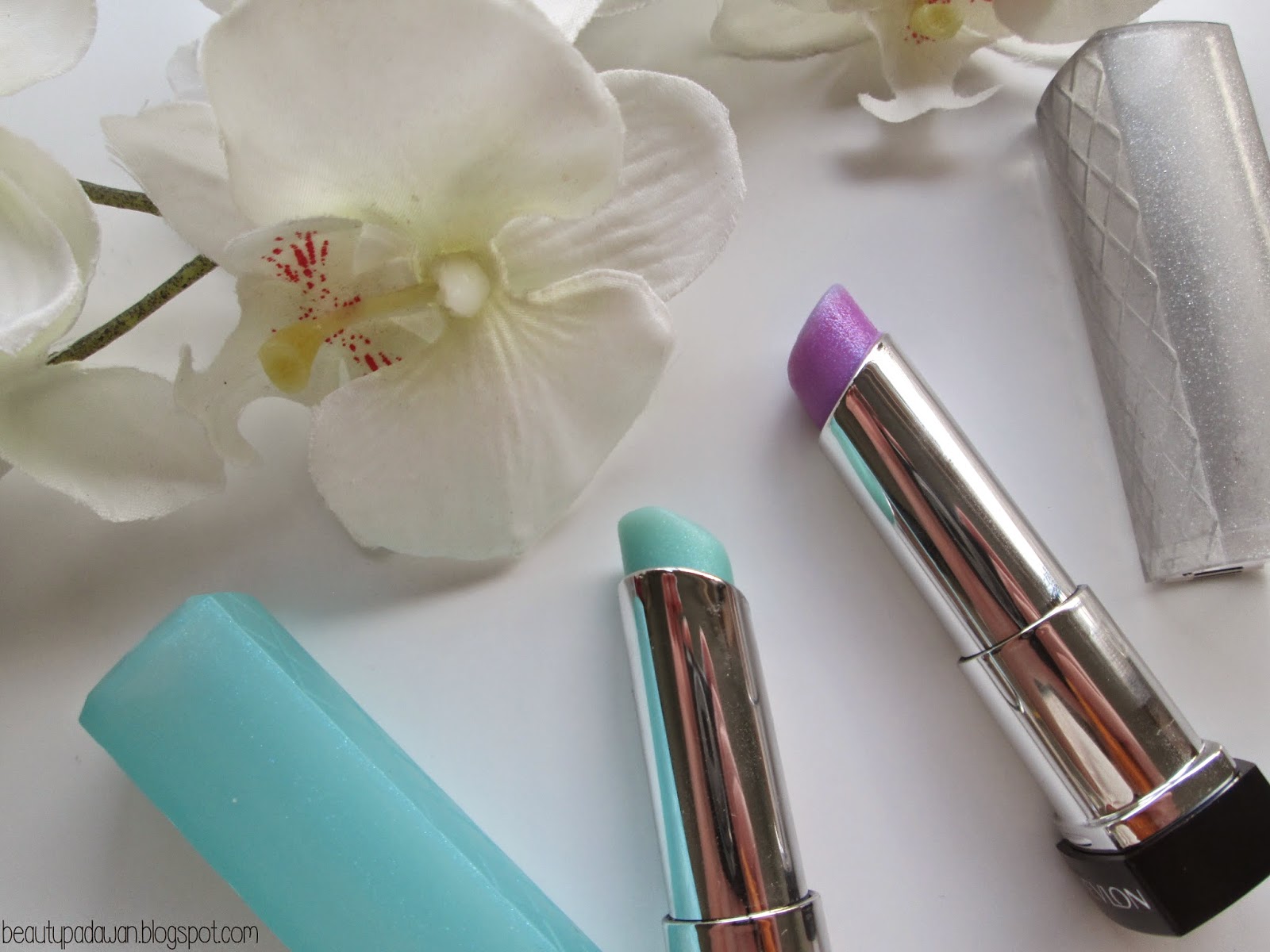 They're understandably scary-looking shades for those who like to stay inside the lines of the makeup colouring book (did I really just say that?), but when I swatched the testers on the back of my hand, I knew that they were winners for every lady -- especially those who want to experiment with odd colours that are more a tint before they go with anything too "out there".

Y'know, like trying out Zumba instead of the gym. At home on DVD.

As you can see, "Invite Only" is an incredibly pale, barely there icy blue with shimmer. One layer and it pretty much looks like clear lip balm, but you can build it up a little to get that faint tint that looks awesome when the light hits it just right.

"Provocative" has a bit more colour to it -- but only just. Despite it looking like you've crammed a heap of lavender petals into a lipstick tube, it offers that delightful little shimmery hint of colour instead of looking like you've opted for a NYX Macaron lipstick.

Like every other Revlon Lip Butter I've worn, these feel like a lip balm on my lips -- they truly leave them in better condition at the end of the day. I would like to do a more in-depth review on the Lip Butters that I own in the future, and will certainly take these shades into account when I do, but I wanted to get the word out on these shades in particular.

If you're after something a little unusual without going overboard, I think you'd really like these lipsticks. As far as I'm aware, they are few and far between. I've seen them pop up at the occasional Target, Chemist Warehouse and Priceline -- sometime discounted -- so if you're interested in such a product, I'd keep an eye out and then snatch it up if you see it on sale.

Have you seen these lipsticks anywhere? Have you spotted any other weird colours from Revlon? Let me know!