With the release of the MAC Cinderella collection looming, I was trying to save some money to prepare my bank account for the KO I was going to deliver it. I also made myself the following promise: after delivering aforementioned KO, I was going on a self-imposed spending ban for a few months.*

I went in to buy the Viva Glam Miley Cyrus set at Myer and asked the girl about the collection; she said it was due to come out on a Monday and that if I wanted a play with the samples with a chance of buying, it'd probably be best if I tried to get to the store when it opened, at 9am. I had every intention of doing so, however the stars were aligned in such a way that I had a paper due at 8am that very same Monday morning -- and at 5am that paper was not finished.

I did end up getting to MAC.

And a lot of the stuff there was already sold out.

The beauty powders were sold out, as well as all of the lip products except one -- they were low on everything else. I asked if perhaps the MAC next door at David Jones might have anything, and the girl who was helping me out with my barrage of questions -- Connie, according to the receipt. Thank you, Connie! -- told me that they'd received even less stock than they had, and that most of theirs was gone.

Even so, I managed to get my hands on most of the stuff that I went in for. It ended up being... a lot. 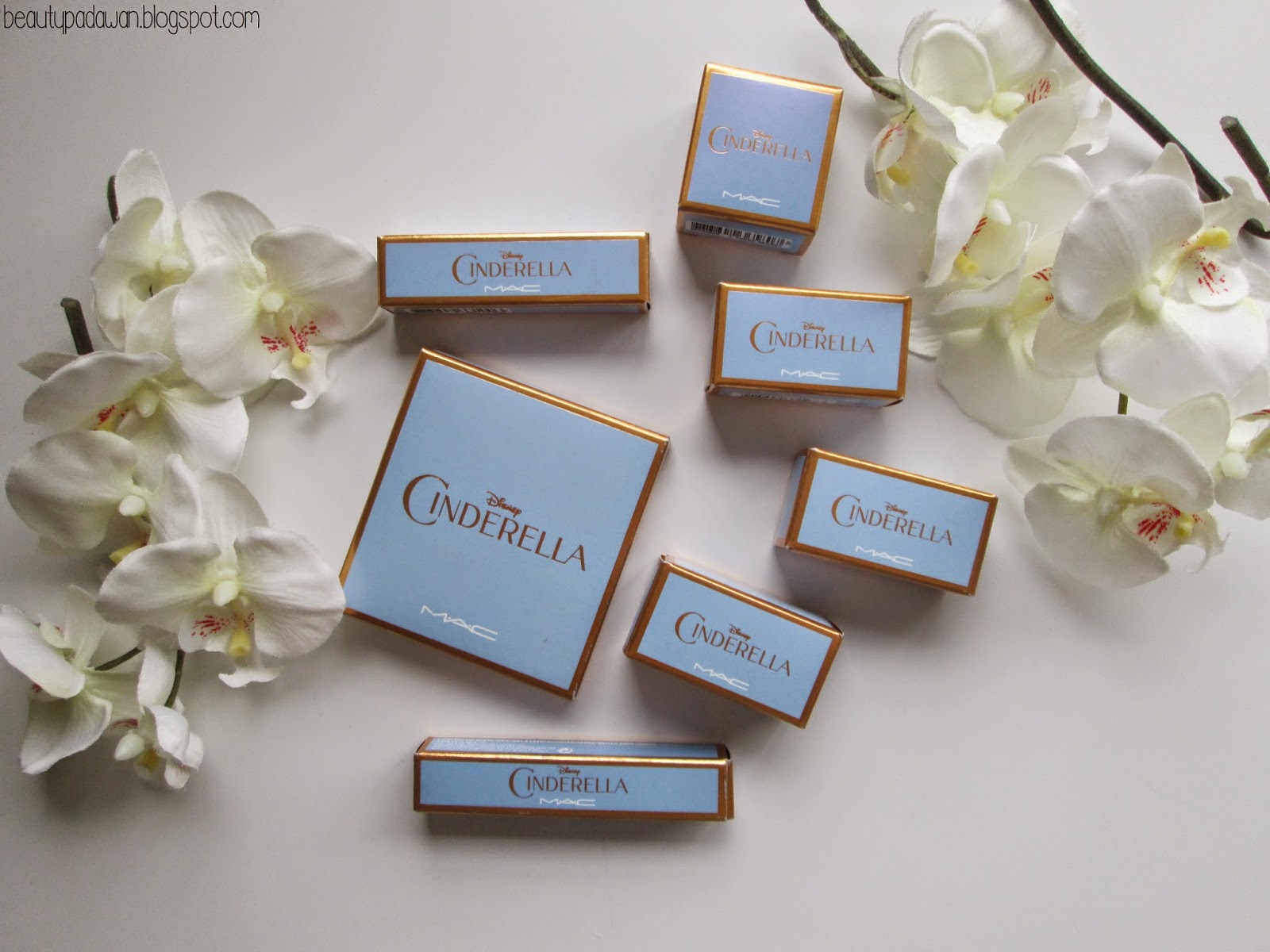 So what did I get? Let's take a slightly closer look. 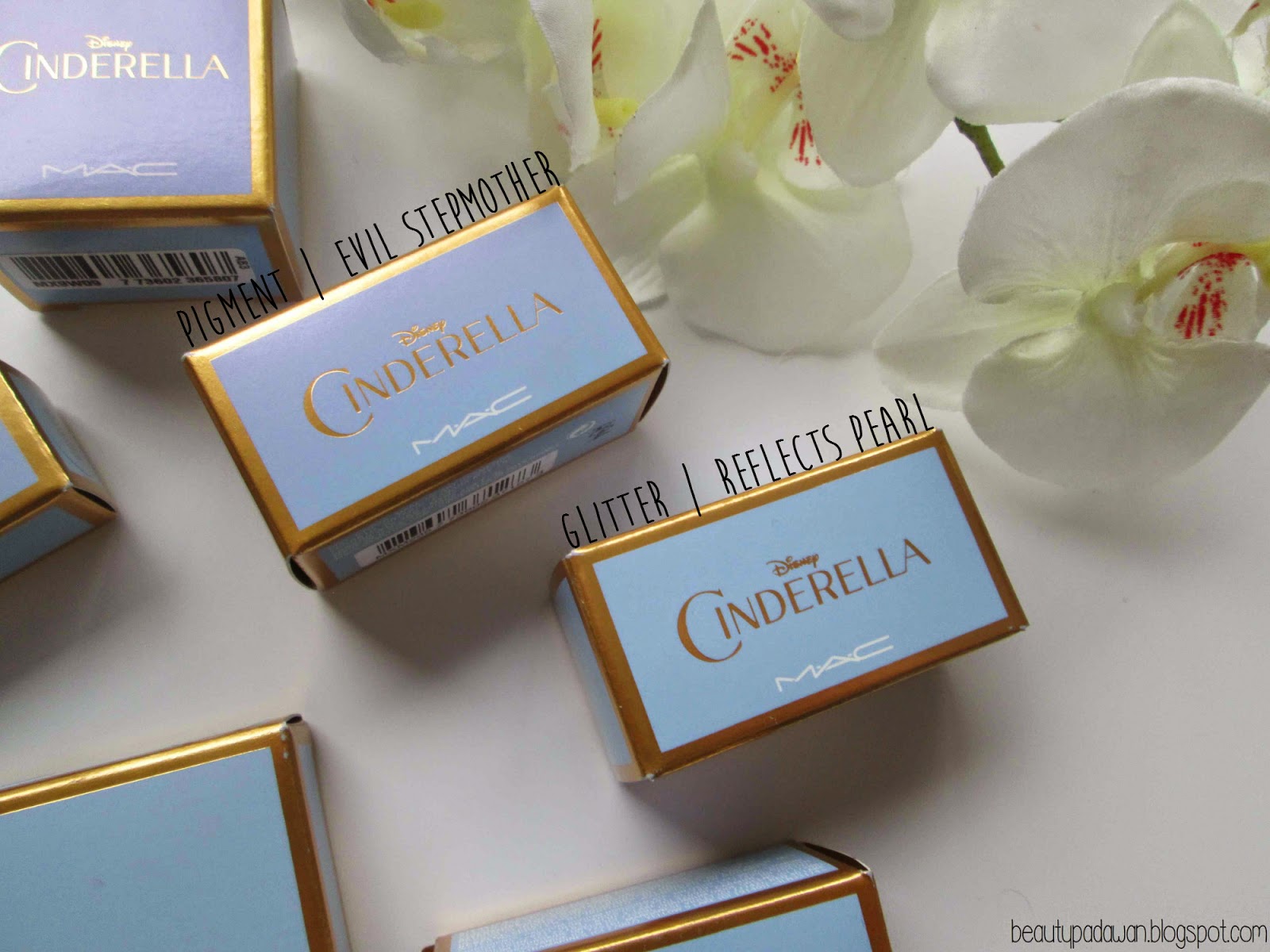 Evil Stepmother Pigment || Described by MAC as being "black plum with plum pearl", Temptalia nevertheless gave it a poor rating, citing relatively poor pigmentation. Having never worked with loose pigments before this collection, let me just say this: I expect them to be messy. Hell, I can get fallout from pressed pigments! What kind of magical colourful hell would loose pigments unleash on my face?

Reflects Pearl Glitter || I believe this is part of the permanent PRO line, and I have no problem with this repromote whatsoever. If I ever get through this and feel that I can't live without it, I'll simply purchase a new one and transfer it into the Cinderella packaging. Or is that too ambitious and naïve of me? I feel like it might be a truly Padawan thing to try. 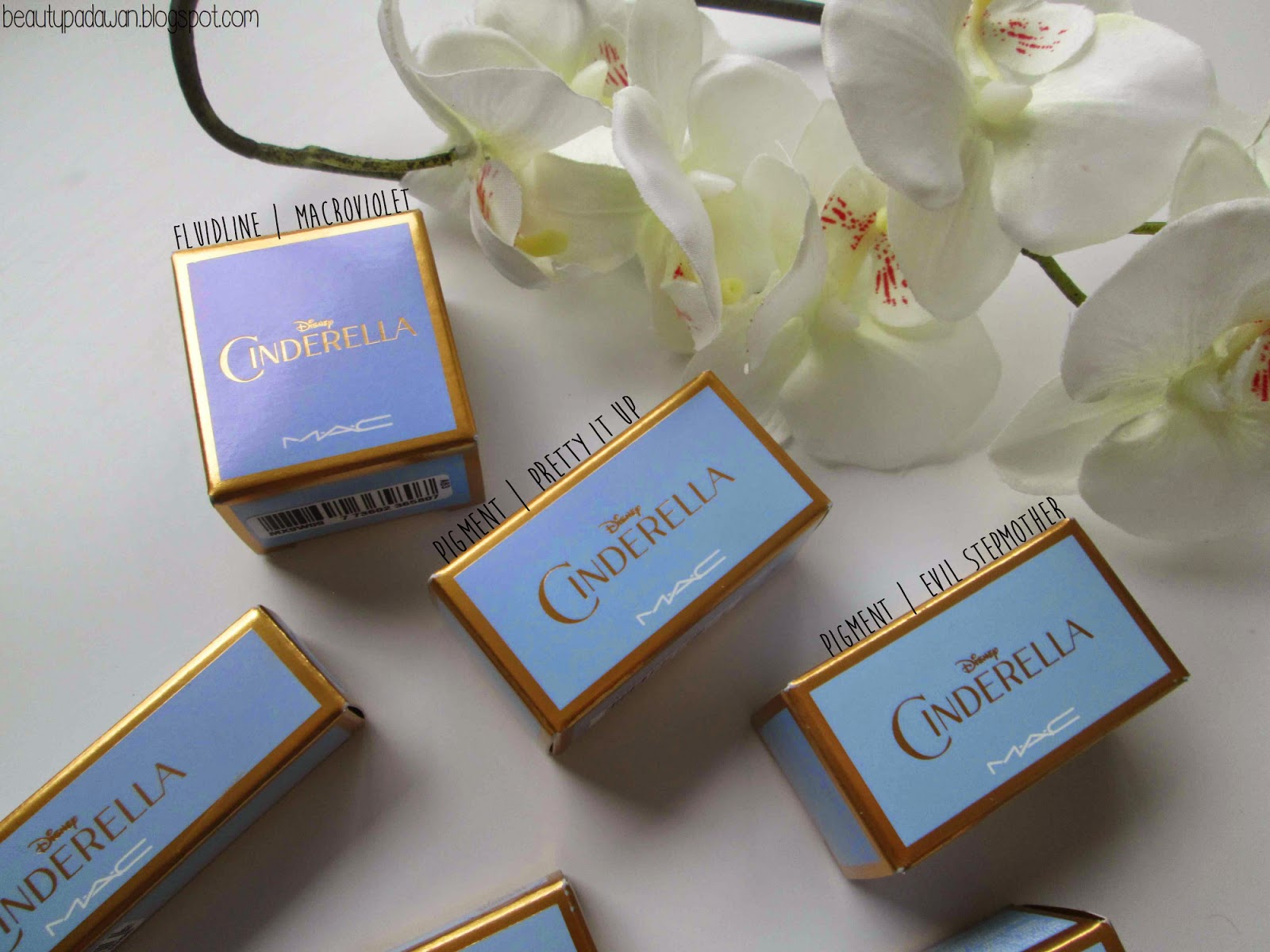 Macroviolet Fluidline || I got this because I thought that it might be a really neat purple liner that would go really well with the eye shadow palette. I have gotten a chance to play with this a couple of times, and so far... I haven't been blown away. I do need to keep testing it, however, because I have recently started to get it working for me.

Pretty It Up Pigment || Apparently this was released in a previous MAC collection, although I'm unsure as to which one. It's kind of dirty olive colour, and I've had the opportunity to play with it two or three times. My thoughts on pigments were correct: messy without proper care and totally not Padawan friendly. 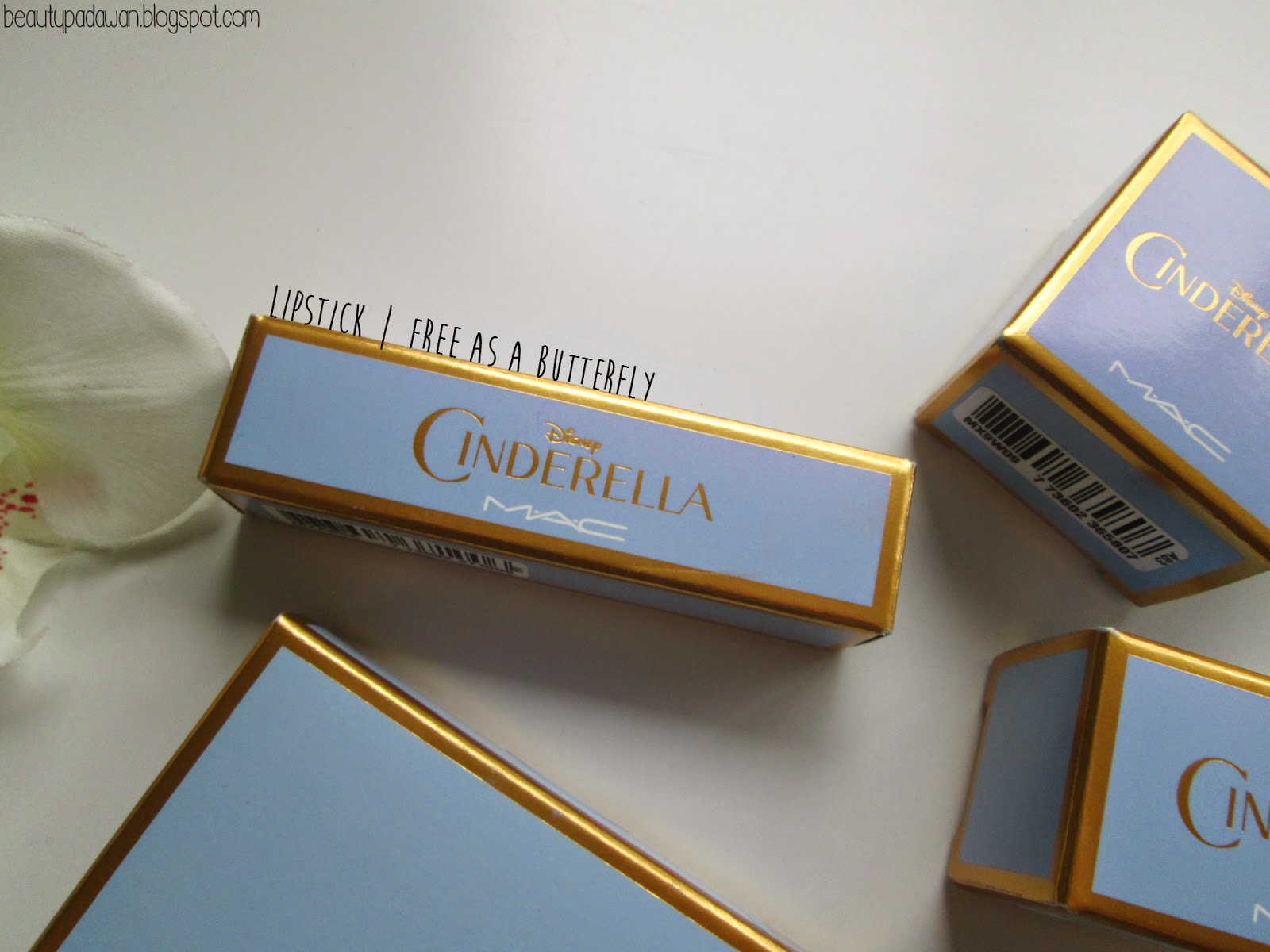 Free As A Butterfly Lipstick || Alas, not the lipstick that I wanted, but a lipstick is a lipstick at the end of the day. I bought this from David Jones and I think I actually bought the last physical lipstick in the store. Fun fact: the Australian MAC website has this listed as "Secret Lover" by mistake (a shade apparently similar to this released in a collection a few years ago), but I appear to have been the only person on the internet to have picked up on this. 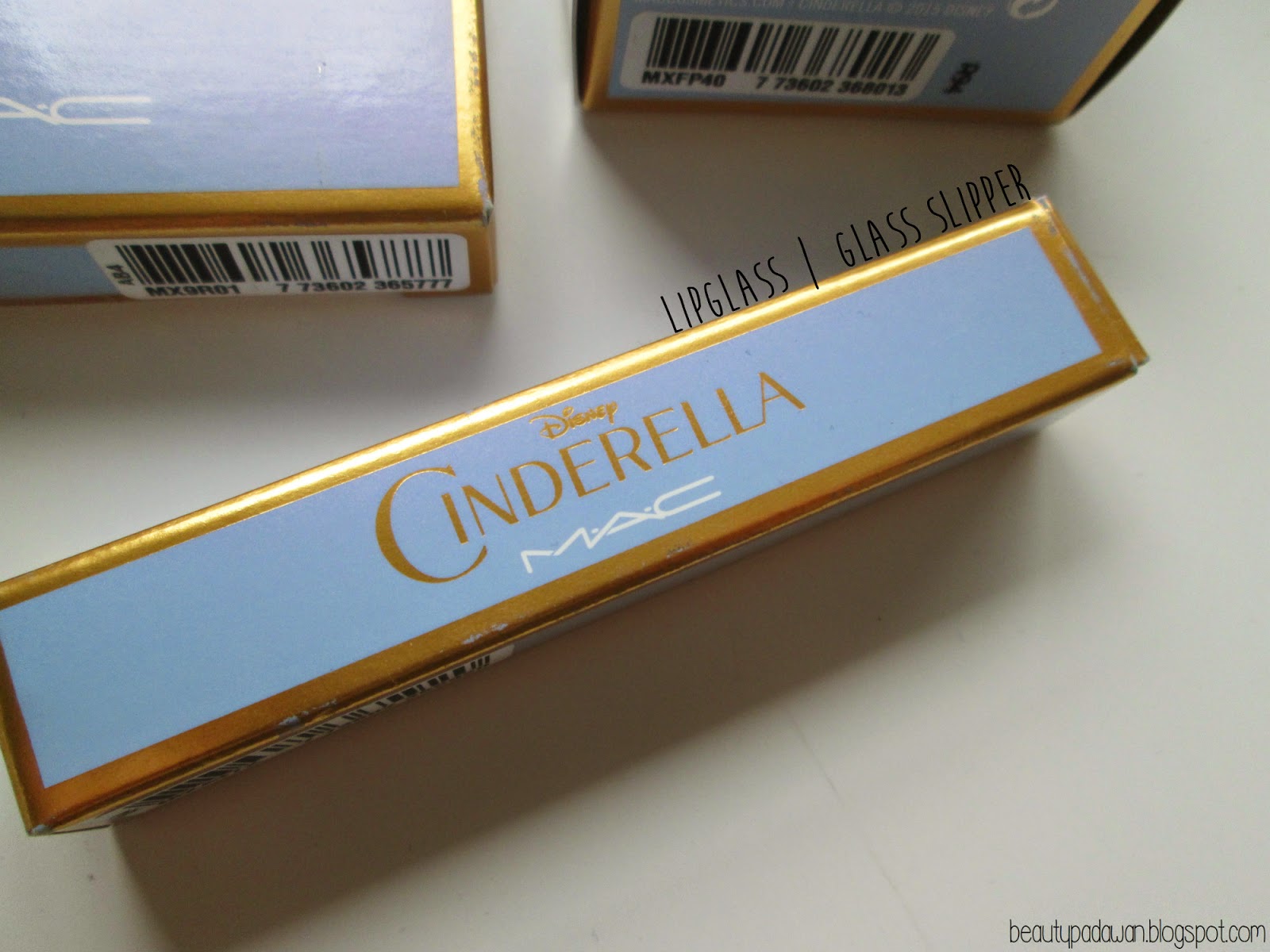 Glass Slipper Lipglass || Such an iconic name, and yet not the lipglass I'd hoped to get, either! With Temptalia remarking that "Happily Ever After" looked more like a glass slipper than "Glass Slipper", I was hoping that I might be able to snag that if my purse strings couldn't cater for both -- but alas, it was a match as ill-fated as Jack and Rose. (Or, if you're like me and hate Titanic, Rose and the Doctor. Take your pick.) Still, in the tube this looks like a very pretty lipglass and I know I'm going to love wearing it anyway. 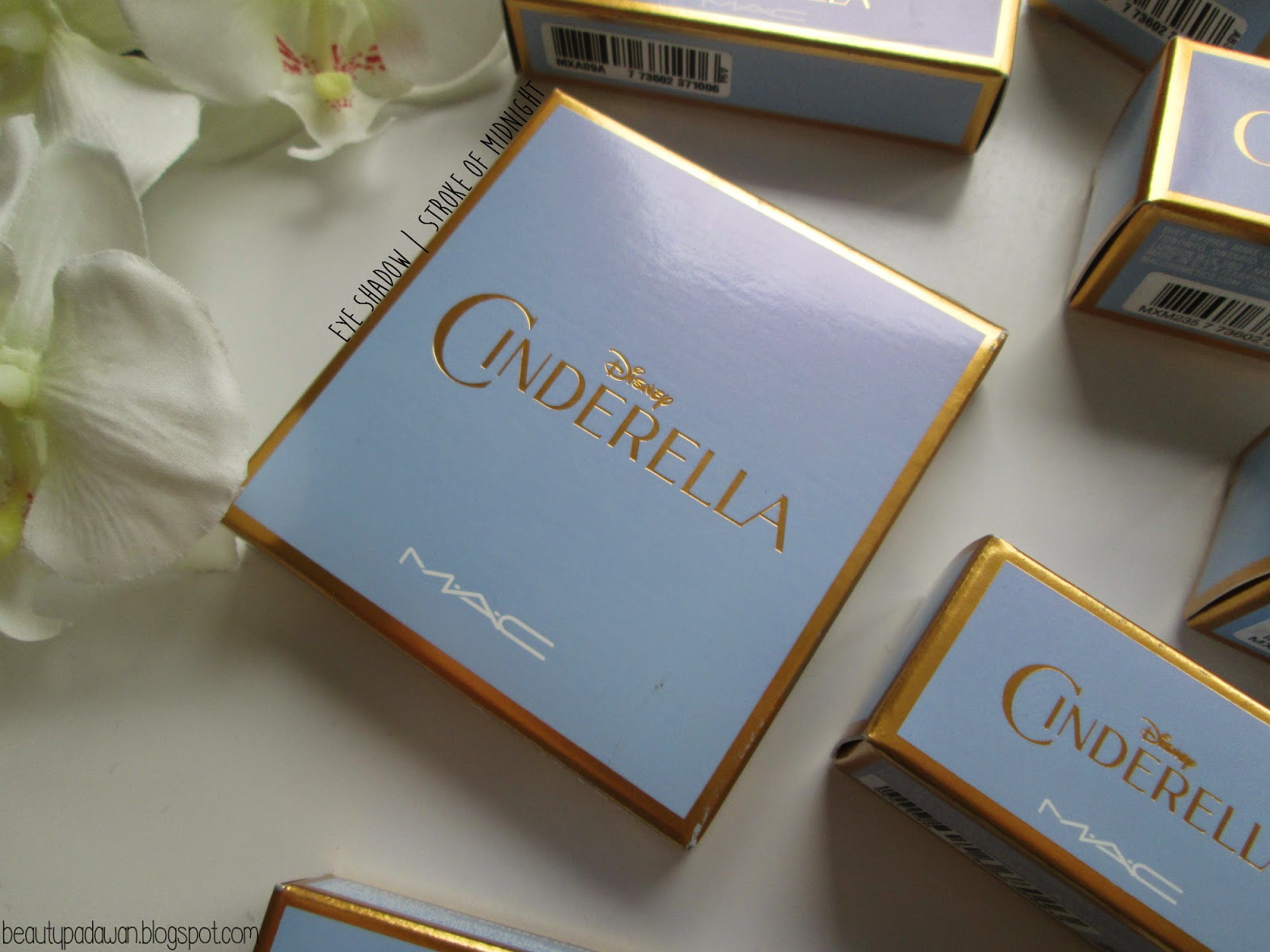 Stroke of Midnight Eye Shadow Palette || The one thing that I hoped to get my paws on if I couldn't get anything else. The price of MAC limited edition palettes has always put me off with its $72 price tag, but hell, this is Disney. I don't know if there's much I wouldn't do for Disney products in a fancy packaging. ("Oh whatever do you mean, Shae?" You'll find out in the future. There's some intentional foreshadowing going on here.) Five of the shades in this palette are repromotes from the original line, which I know caused some frustration with long-time MAC users. Me, being relatively new to it all, I don't mind so much.

Now let's take a peek at the products without their delightful cardboard clothes on them. 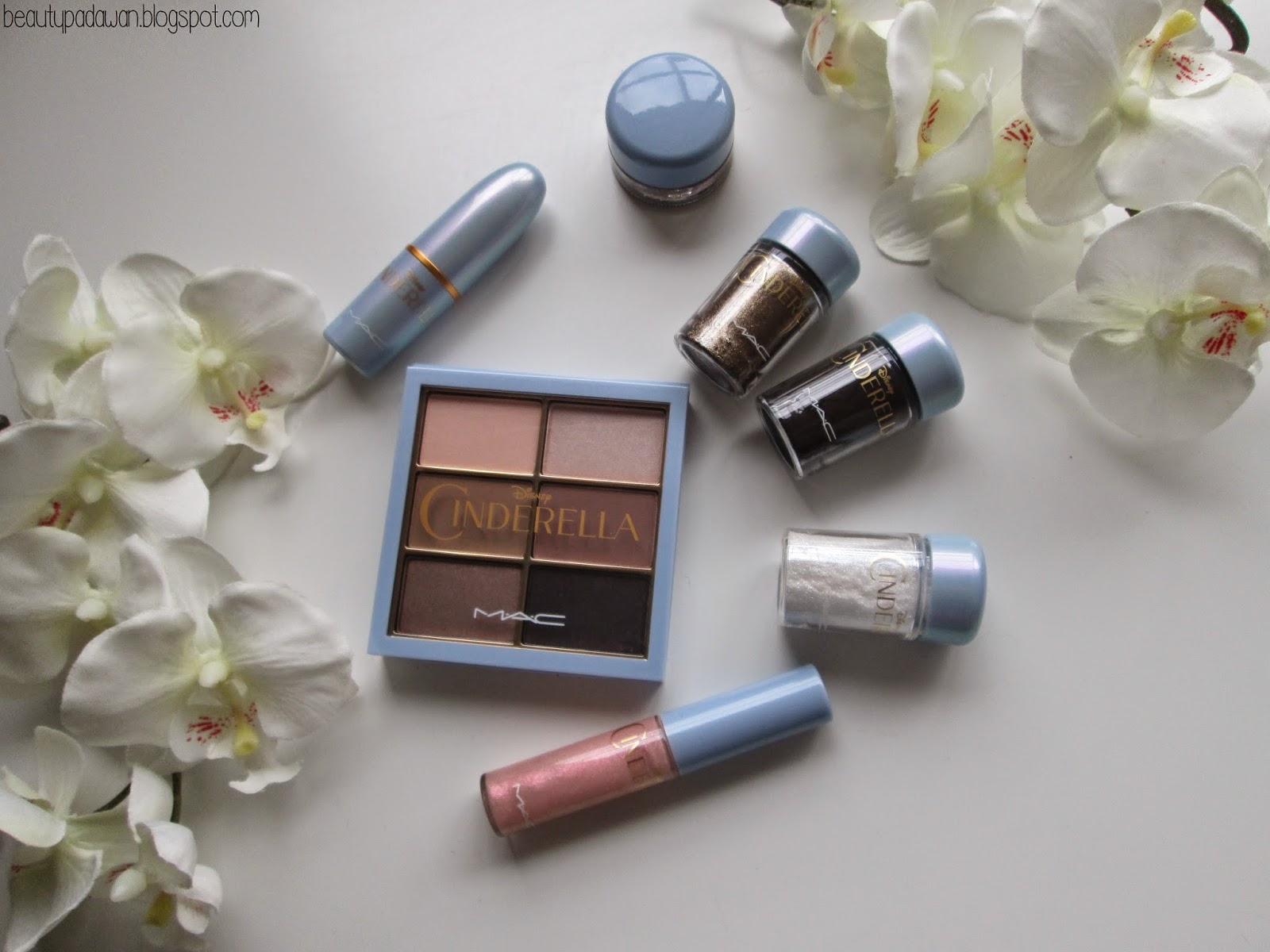 I will be testing and reviewing these products slowly over the next few weeks. I say slowly for the following three reasons:

One | 2015 has been nothing short of an academic nightmare. I don't get holidays anymore, and as if the fact that I'm cranking out half the number of posts as normal isn't enough of a giveaway, I really do need to focus on my studies. It is my degree, not blogging (sadly), which will help me earn a decent living.

Two | I've given the products to my mother for safekeeping. The last thing I need is to be distracted by shiny, glittery pigments! We've got an arrangement going where I get one piece back for every assignment that I finish -- so I should have them all back by the end of May. (Ugh.) My consolation is that I have three of them already.

Three | I know that many ladies weren't able to get their paws on this collection -- especially those in the UK who were involved with the #DebenhamsMACgate incident** -- so I'll be looking to find dupes among old and new items in my collection. I'm on a spending ban at the moment too (MAC, I blame you), so if I don't have said dupes in my collection, trying to track them down and swatch anything I can't/don't want to buy in my already busy schedule will take some time.

That's all I got -- ("That's all," she says!?) -- in this very special MAC collection. It's no more spending from me (especially when you see the next haul post that I have planned -- bad Shae!) for a long time, especially when I know that MAC are probably already planning collections that will slay us better than Buffy. No, seriously, with the announcement of both Beauty and the Beast and Mulan being made into live action films, I can practically hear them rubbing their hands together with glee (evil cackling optional).

Did you pick up anything from MAC's Cinderella collection? Or, perhaps, do you have any items in your collection that are similar? Let me know!

PS. There is still loads of time to enter my giveaway! You could win all kinds of awesome Australian cosmetics from Chi Chi, Australis and Face of Australia -- some of which are limited edition!

*Terms and conditions apply. Such as if MAC announces a killer new collection.

**All you basically need to know about this is that there was a glitch on the Debenhams website that caused the collection to go live several hours early. It subsequently sold out before most people were aware it'd been made available, and many women promptly lost their shit. (Seriously, ladies, it's just makeup -- unfortunate, yes, but dupable makeup.)
Posted by Shae Barry at 09:55