Deciding which of your possessions are your most loved can sometimes be tricky. What is it that you love the most? Why do you love it? How much sentimental value does it hold for you? Why would you pick one item over another item? 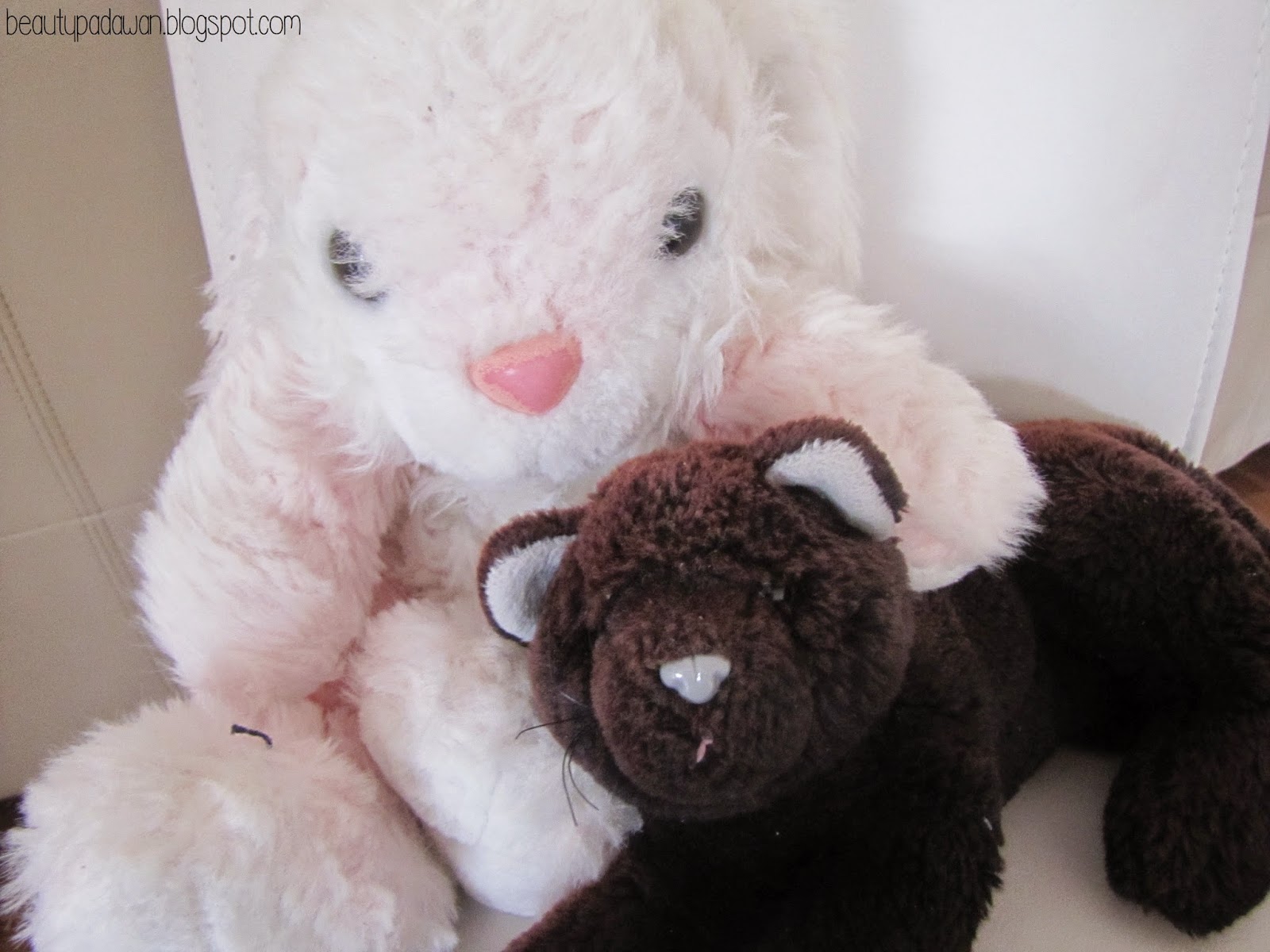 I've had Flopsy since the day I was born. I don't know who gave her the name Flopsy -- it's probably something I should ask my mother -- or who gave her to me or why, but this fluffy pink rabbit has had a permanent spot in my room since always. She's more or less been my best stuffed animal friend for the past 22 years -- I've hugged her when I've been happy, cried on her when I've been sad, and I'm pretty sure I've also been sick on her too (just not in the last decade). Her pink fur has faded, bleached from all the sunlight she gets sitting on my windowsill, she's had to be repaired a couple of times, but I'll always keep her with me.

Obviously another stuffed animal, his name is Salem because of the cat from Sabrina the Teenage Witch -- but I didn't name him after that Salem, he is that Salem. Back when my age was still a single digit, a Sabrina the Teenage Witch-themed magazine subscription started making the rounds -- you know the kind: pay x amount per issue and get a particular collectable item with each issue. The whole thing revolved around makeup, which is relatively ironic, because I was more in it for the Sabrina thing, not the makeup. Anyway, occasionally the magazine sent out a bonus gift -- usually an additional makeup purse to store the makeup in -- but one time it was this Salem cat and, being a Tiny Cat Lady, I had to have him! He's spent a lot of time in the sun, so some of his fur has kind of bleached to a kind of blackcurrant colour, but he's another one that I'll keep around forever. 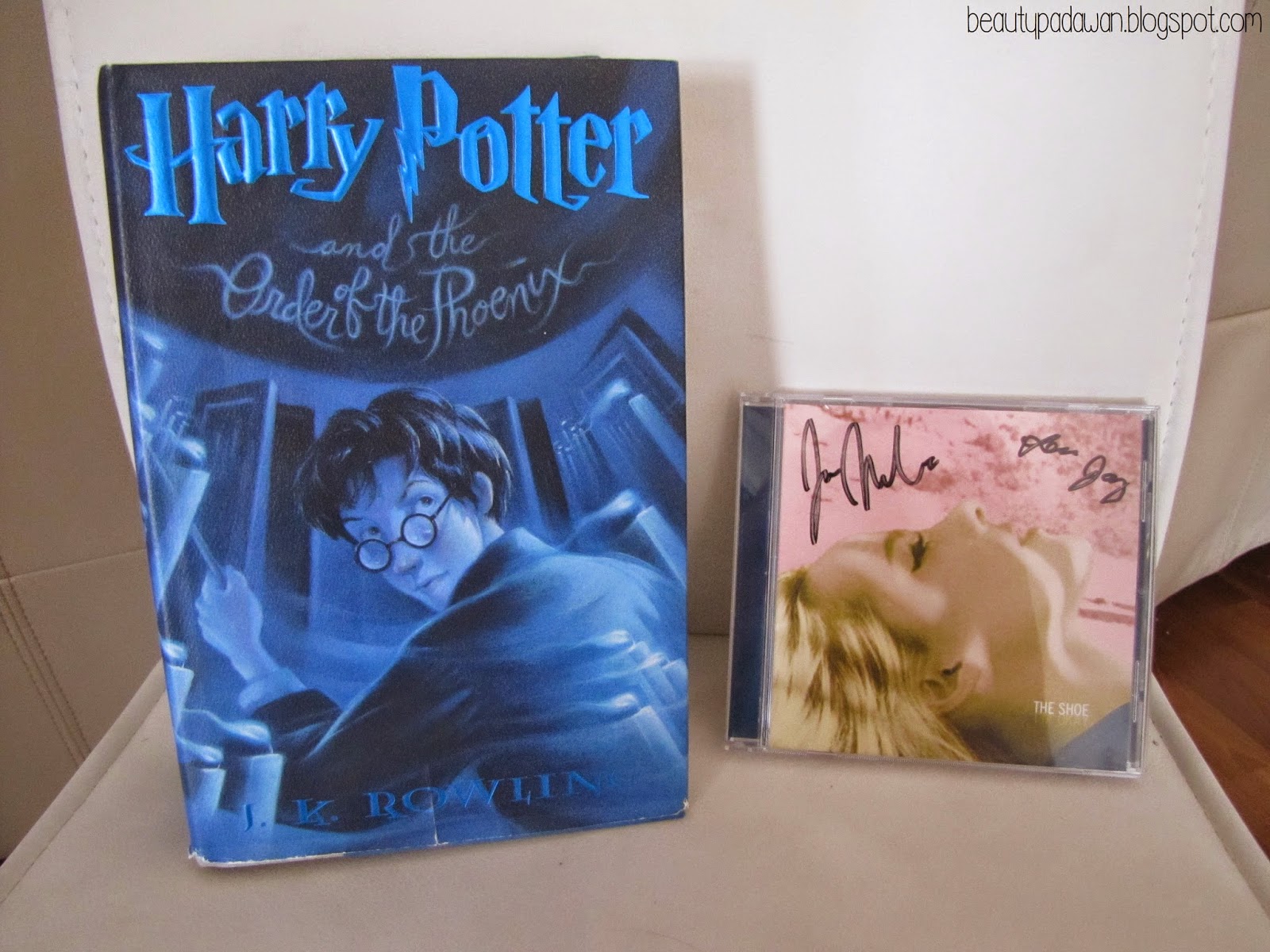 Harry Potter and the Order of the Phoenix

Everybody knows I love Jena Malone. It's a basic fact of my life. Naturally, it goes without saying that I love The Shoe, the band that she's in, though I will admit that I was very apprehensive about it initially. When I first heard that Jena could sing, the only place you could find her music was in the bowels of Myspace (and Myspace had been long since dead) -- and when I finally found it... it wasn't for me. When The Shoe released the song Dead Rabbit Hopes, I was surprised by how good it was, and I immediately connected with it. This EP is important to me because the songs came about at a time when they were the exact kind of songs that I needed -- deep, emotional lyrics that I could relate to but with a tune that meant I could play it in the background when studying and not be distracted. It's perfect easy listening for me. 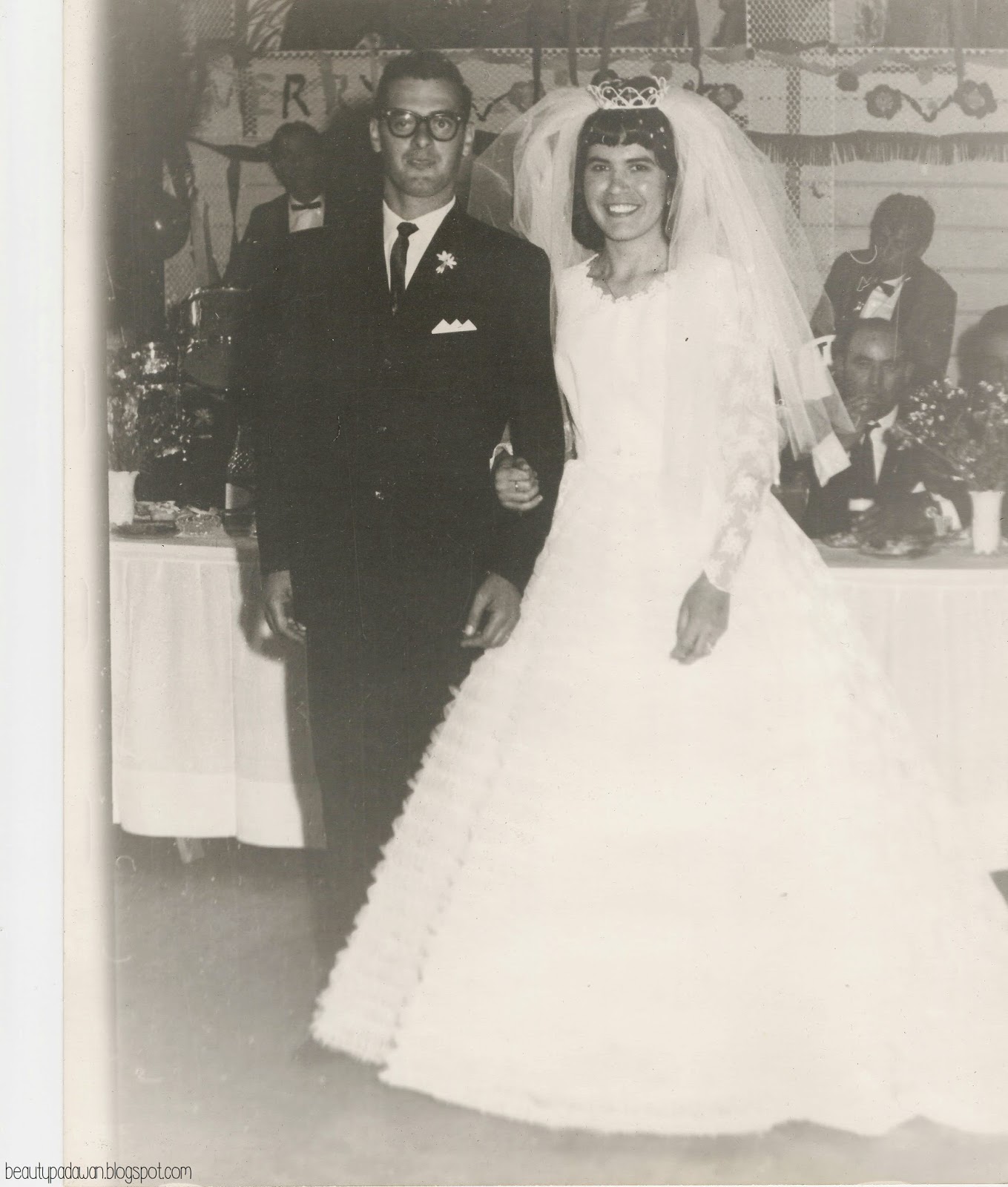 The day was January 1st, 1966. Somewhere in Australia that I keep forgetting (but do have recorded in the proper places) a man named Francis married a woman named Marija, and they were officially on their path to having the greatest granddaughter they'd ever hope for. The original photos that I have are really rather small, and in cute little tiny frames. I love old photos and seeing when my grandparents were younger -- it makes their lives much more precious to me in the present day.

This is a weird one because it's not a physical material possession. It's an online subscription to Ancestry.com -- because, being an amateur genealogist, you sometimes need bells and whistles where bells and whistles are due. The subscription I have is very expensive, but it's definitely not one for everyone -- most people purchase subscriptions to access records based on a particular geographic area. Me, I've gotta have the whole world at my fingertips. The reason for having this on my list is simple: I love history and I love family history. A professional genealogist is the profession I'd choose if I could be anything, but sadly the money isn't there for me. I might one day get myself some minor "qualifications" and do it on the side, but at the moment I need to set myself up with a sustainable career.

Although I value all of the things that I own, these are the items that I'd grab first if I were in a hurry to leave. What are your most loved possessions?