It's a hat trick of late Wednesday Weekly posts, hooray! The next few weeks are going to be absolutely hectic with assignments and papers to write, and the pressure is starting to mount, so I've really been looking for recipes which are (relatively) quick, easy and, of course, delicious! I've also added an extra requirement to the food I've been looking for, and that's that they be vegetarian. Don't get me wrong, I love my meat, but I want to branch out with my eating -- seriously, how many times can I make stir fry or curry before I start to get sick of it?

For this reason, I opted for pad Thai this week. It was an odd decision to make -- I made it once before and absolutely hated it. It had a saltiness to it not unlike the Pacific Ocean and so I only realised while preparing this recipe that my dislike of pad Thai could make this backfire all over again. As it happens, this recipe is very easy! 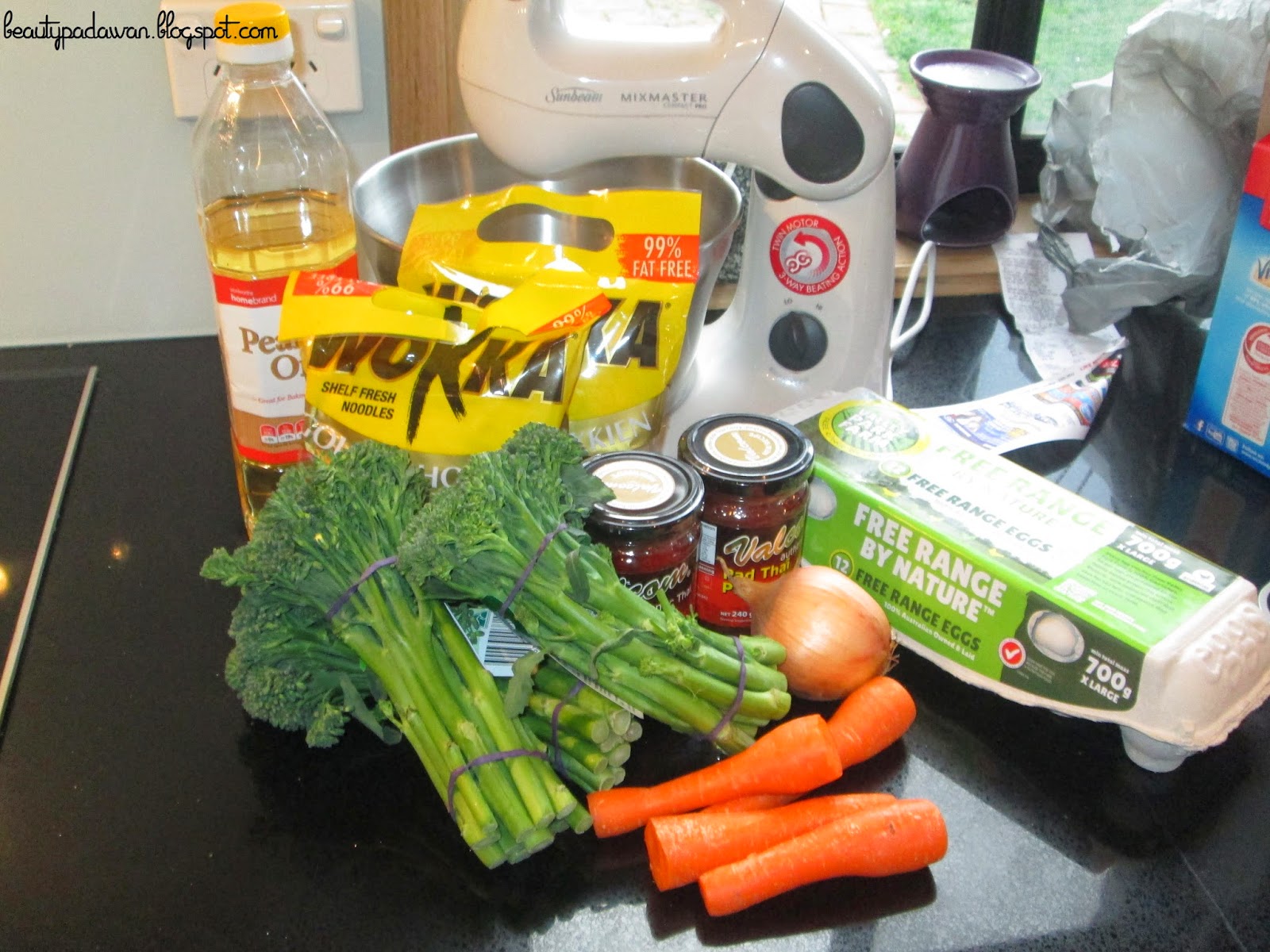 This is literally all you need. Easy, isn't it? Of course, I made double, so you'll need even less. 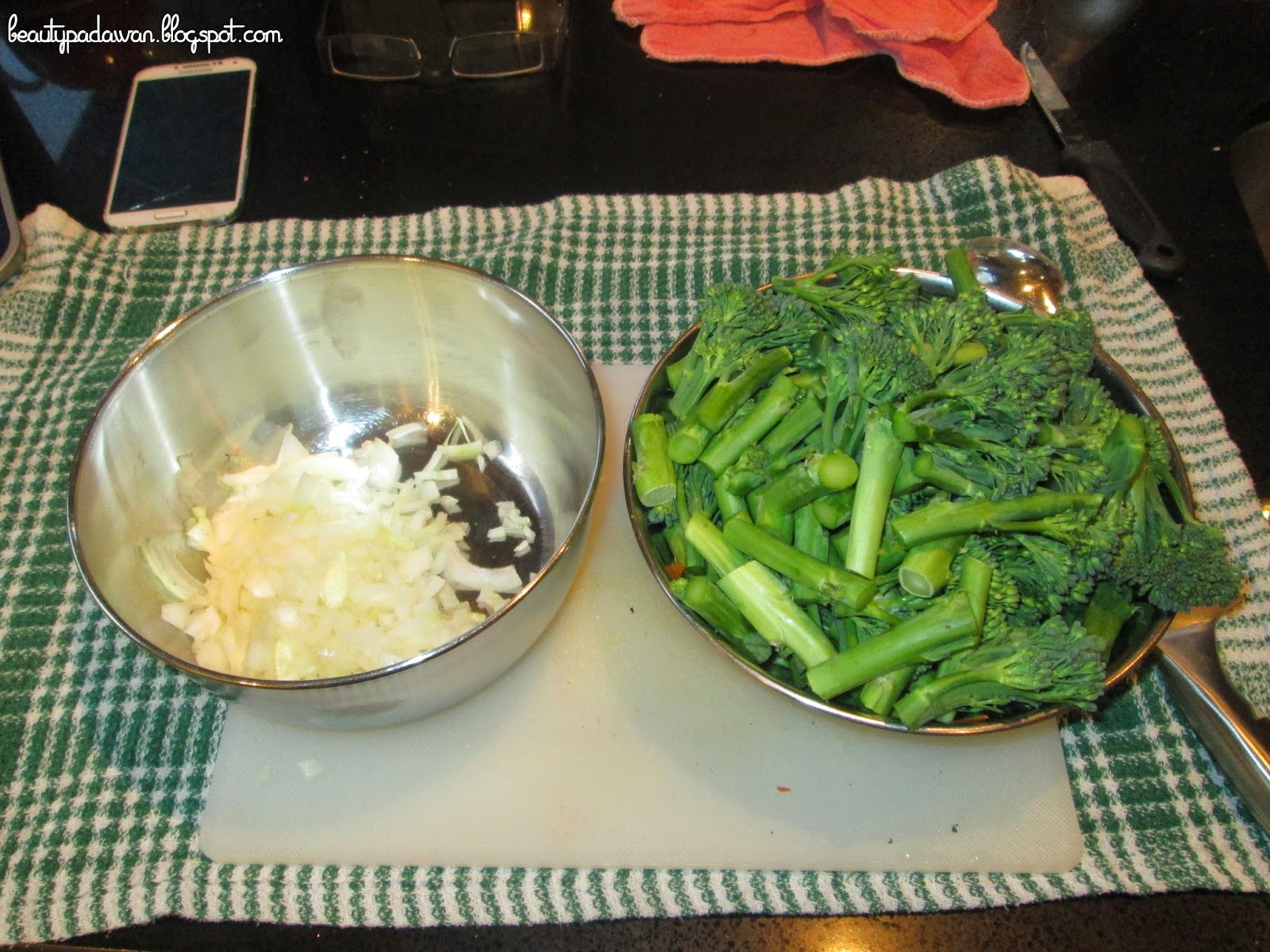 The first thing you want to do is chop your vegies. You can't see the carrots because they're underneath aaaaall that broccolini! Make sure that the onions are in a separate bowl to the carrots and broccolini, because they'll be cooked separately. 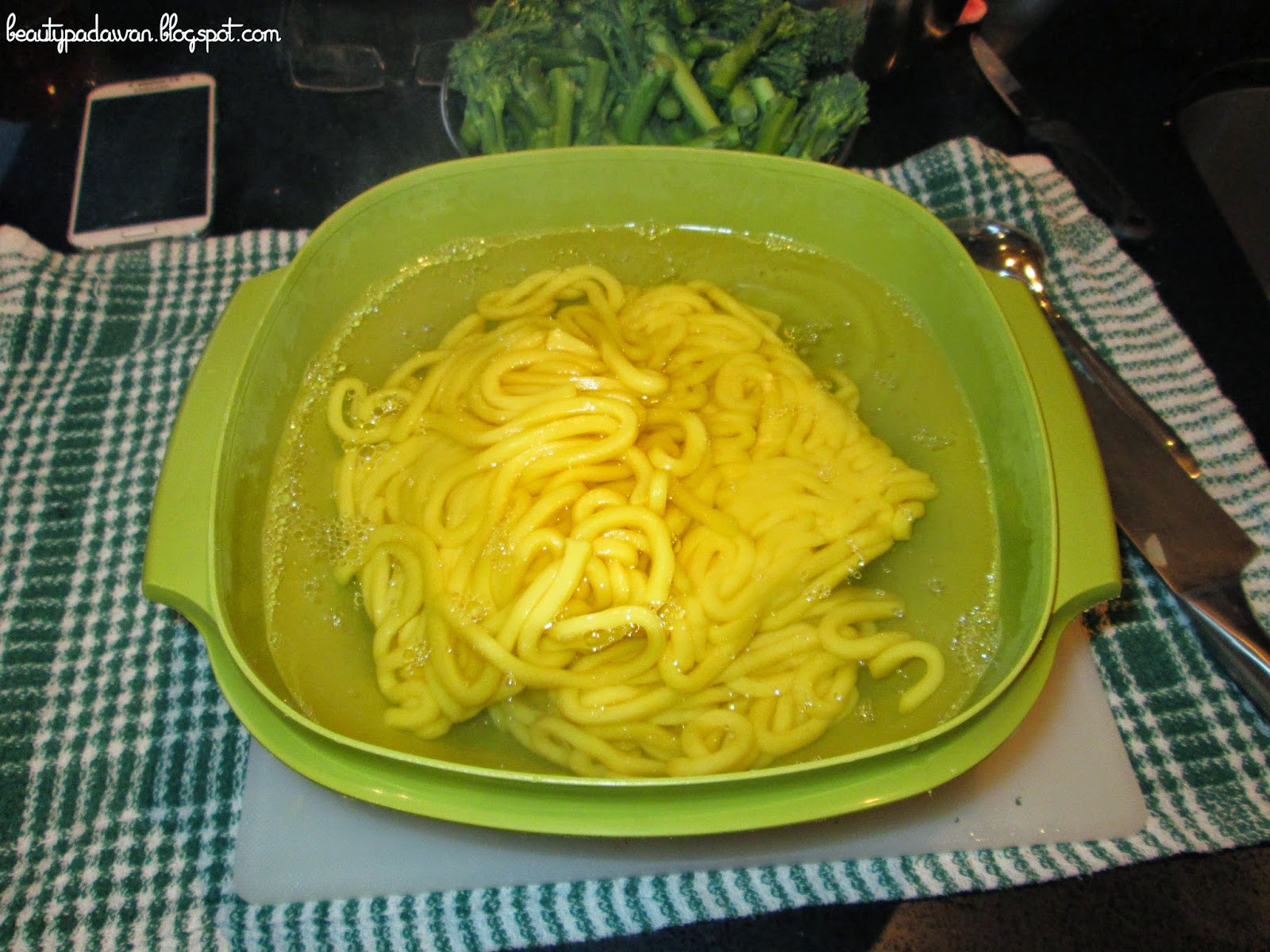 Noodles and hot water! This is rather self-explanatory. My supermarket didn't have any Thai flat noodles on the shelf, so I went for the fat Hokkien noodles instead. I was worried initially that this was a little too much, as whenever I've made stir fry I only used one pouch (this is four), however given that this pad Thai doesn't have any meat, you need to bulk it up this way. 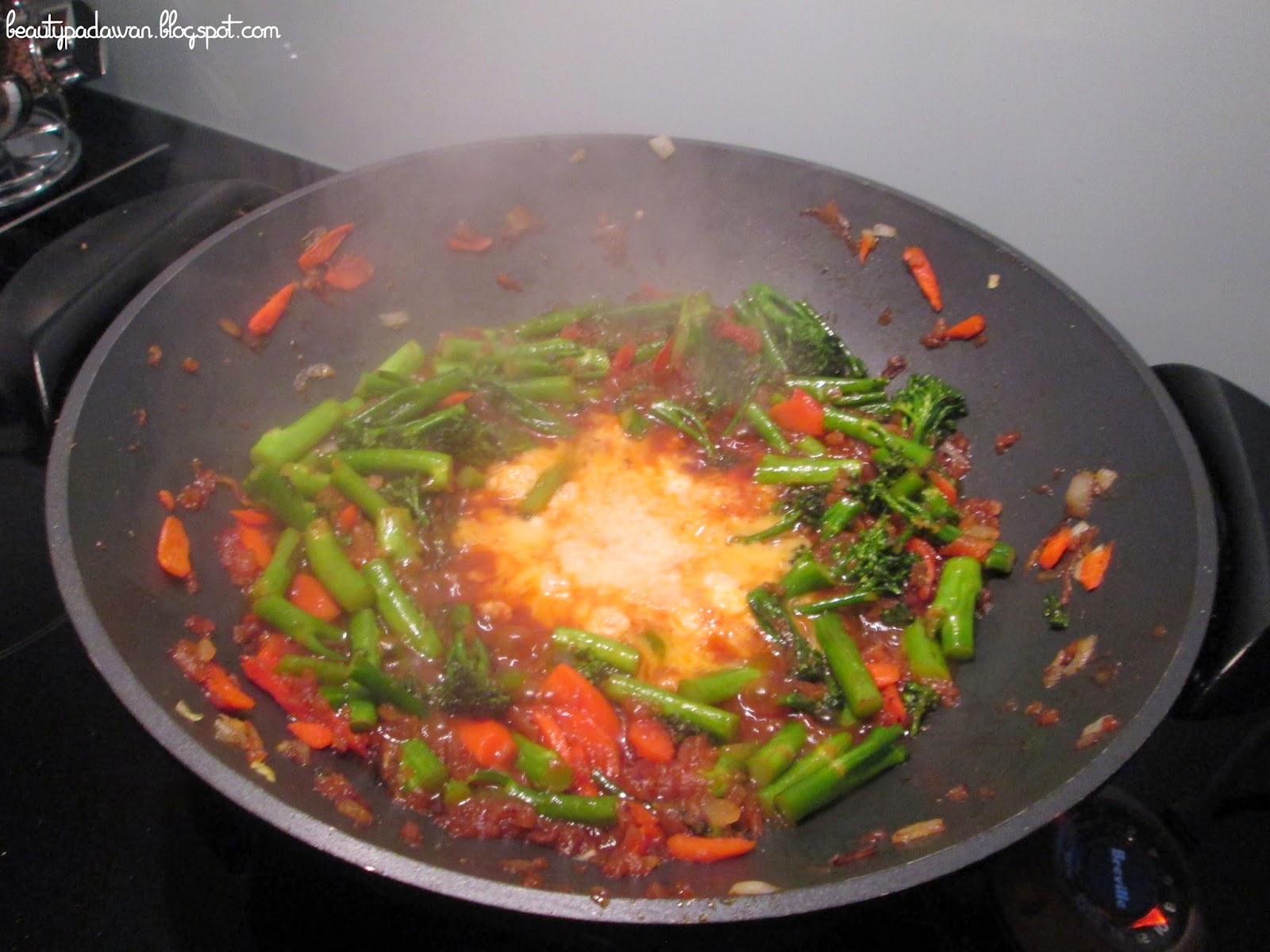 This was the trickiest part. You need to make a well in the vegie mix and add the eggs in the middle of the wok so that it kind of cooks a bit like an omelette. Mine took a while to cook, however I think that this is simply because I had four eggs instead of two. Perhaps next time I'll do a bit at a time, or make the well bigger.
Unfortunately, I forgot to take a picture of it when I dished up for the family, but I think it looks really good either way! This recipe was originally published in the September 2013 issues of Super Food Ideas, but I took it from the Taste website. Will I make this again? I definitely will. Did it look like the picture? Not really, but I don't really think it matters in this case. The dish was tasty -- nowhere near as salty as the first one I made.
As always here are a couple of things to keep in mind:

Would you make this pad Thai? Do you have any variations?
Sarah xo
﻿
﻿
Posted by Shae Barry at 17:38