Getting My Hands on Some Urban Decay!

A little while ago, I made a discovery that was nothing short of amazing. My best friend Amy and I were talking about eye shadow one night on the way home from Zumba, and she happened to say, "Oh, I have an eye shadow palette that I bought ages ago when I went on a cruise. I think it's by Urban Decay?" Needless to say, my mouth hit the floor.

Any Australian can tell you that Urban Decay is not a readily available brand here. There are only a handful of websites that stock it and will ship to Australia -- and it's so expensive compared to buying it in US. Forget eBay too, the Naked palettes alone average for about $100 each there.

Anyway, being the amazing friend that she is, last week Amy let me borrow it for a few days to play around with it! It's Urban Decay's Book of Shadows Vol. III, which isn't available anymore -- and considering that it was released in 2010, I'm not surprised! It has sixteen shimmery/glittery shades, two eyeliners (one of which Amy had already used) and a little sample bottle of Urban Decay's Primer Potion.

As you'll be able to see if you look at a larger version of the above picture, the sixteen eye shadow shades are:
I did swatches of all of the colours, even though, I guess, it seems rather pointless given how old this palette is. Still, I know that most of these colours are part of the permanent Urban Decay range, so... There's a possibility that you might get your hands on them in the future. The first five I did on primer, but the colour actually seemed to show up better without. You can check out a way less lame set of swatches at Temptalia.

﻿
I had enough play time with this palette to make three looks. I say "looks" but the term is realistically perhaps too broad. I blended the colours I used in the same way, going from a YouTube tutorial﻿ I watched. I think for me the big thing was making sure that the colours I used suited each other, and (I think) I got this more or less right. Maybe I didn't.
The first "look" was more of a challenge set by Amy: to use green! Both of us have green eyes and she felt that it might be unwearable -- I thought it could work, but that I might have to be careful to not overdo it. Unfortunately, I failed at this on the first try. For whatever crazy reason, I decided that it might be a good idea to start off with "Kush" all over my lid.
Eeeeek! There's a reason why I called it a 70s colour.
One makeup wipe later and I decided that "Money" was going to be a better colour to start with -- this time, I was right. I patted it on with my shader brush and then, veeery carefully, I blended "Kush" into at the outer corner and into the crease. Maybe it's a Padawan thing, but I felt like I was blending forever. I always feely like I'm blending forever. It's like I expect lovely results too soon! But anyway. After that, I took "Loaded" on the same brush and blended that in as well, making sure that I didn't blend it out as far as "Kush" and not as far into the crease. At first I didn't think it looked so good, but then I did a little black liner and a heap of mascara, and I think it turned out very well! 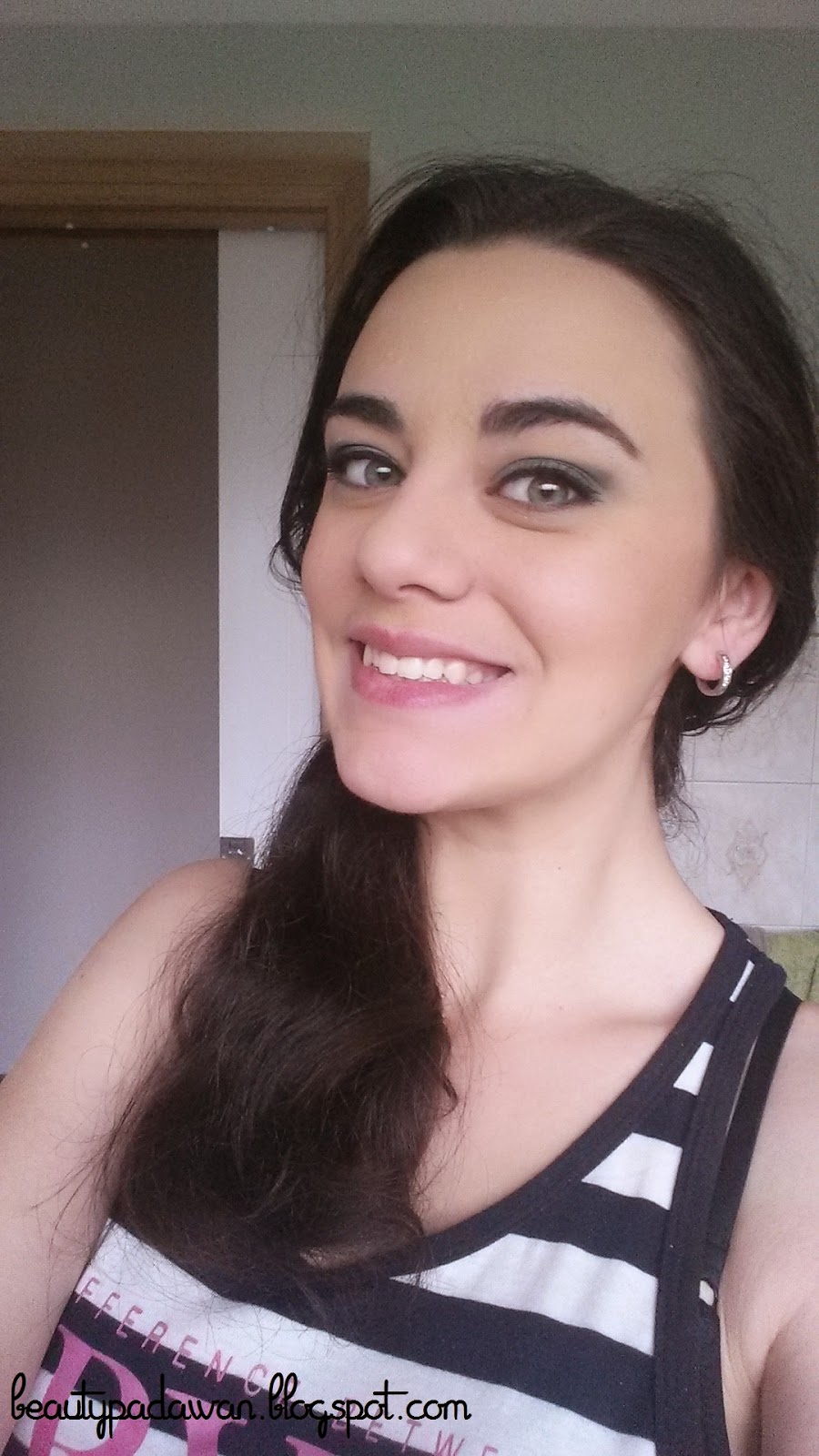 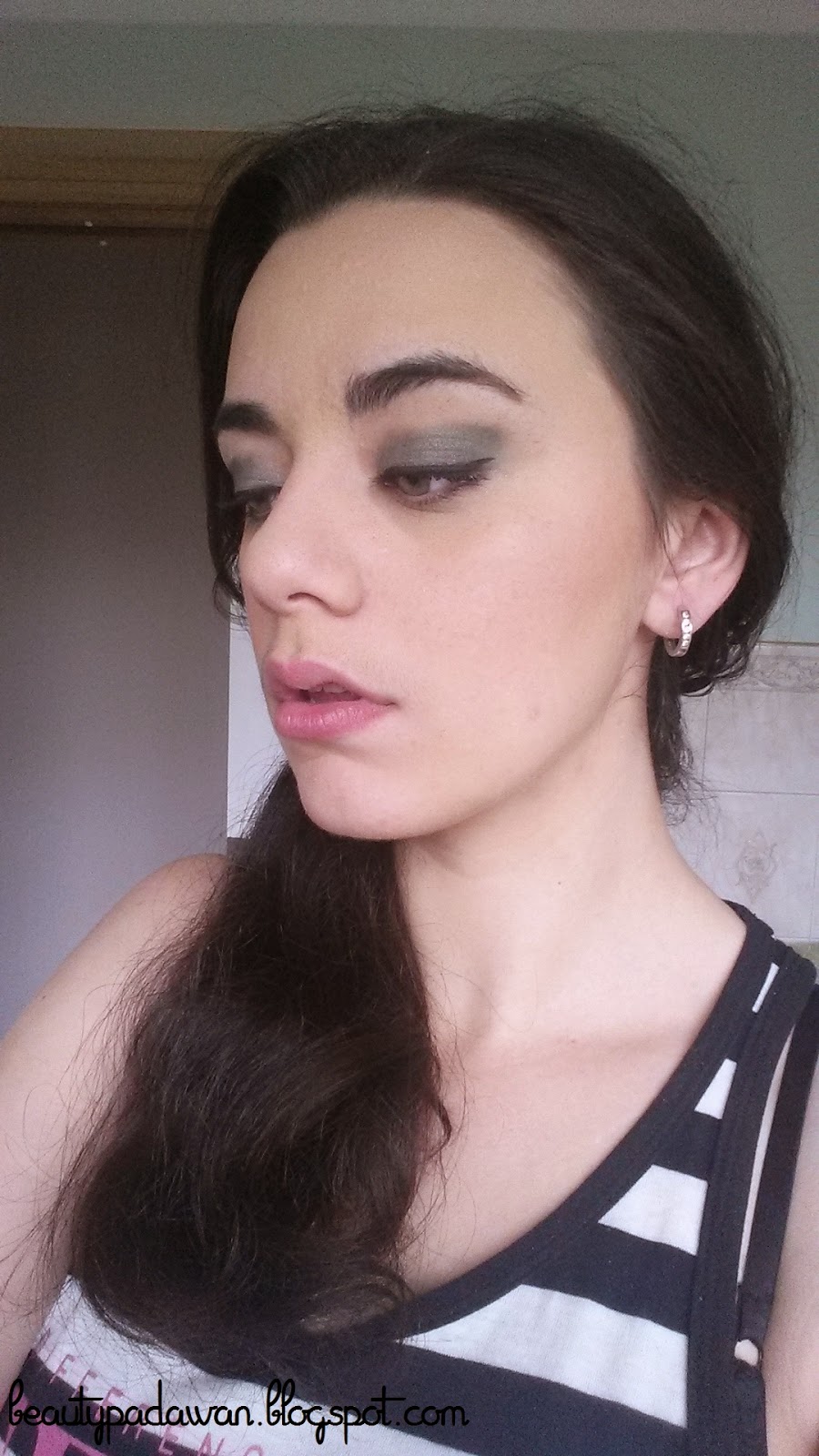 Who feels like a twat in the second picture? I doooo!﻿

The second look was purple-based. I thought that this would look nice because I was going to the H&M opening and I'd decided to wear cream colours -- I thought that some colour like this would look cute! I started off with "Bordello", then blended "Last Call" at the outer corner and into the crease, and then did the same with "Rockstar". I used the same brushes and the same technique as with the green look. I kept the rest of the look relatively natural, with my limited edition Napoleon Perdis blush in "Terrarose" on my cheeks, and the limited edition Napoleon Perdis gloss in "Beyond Bronze" on my lips. 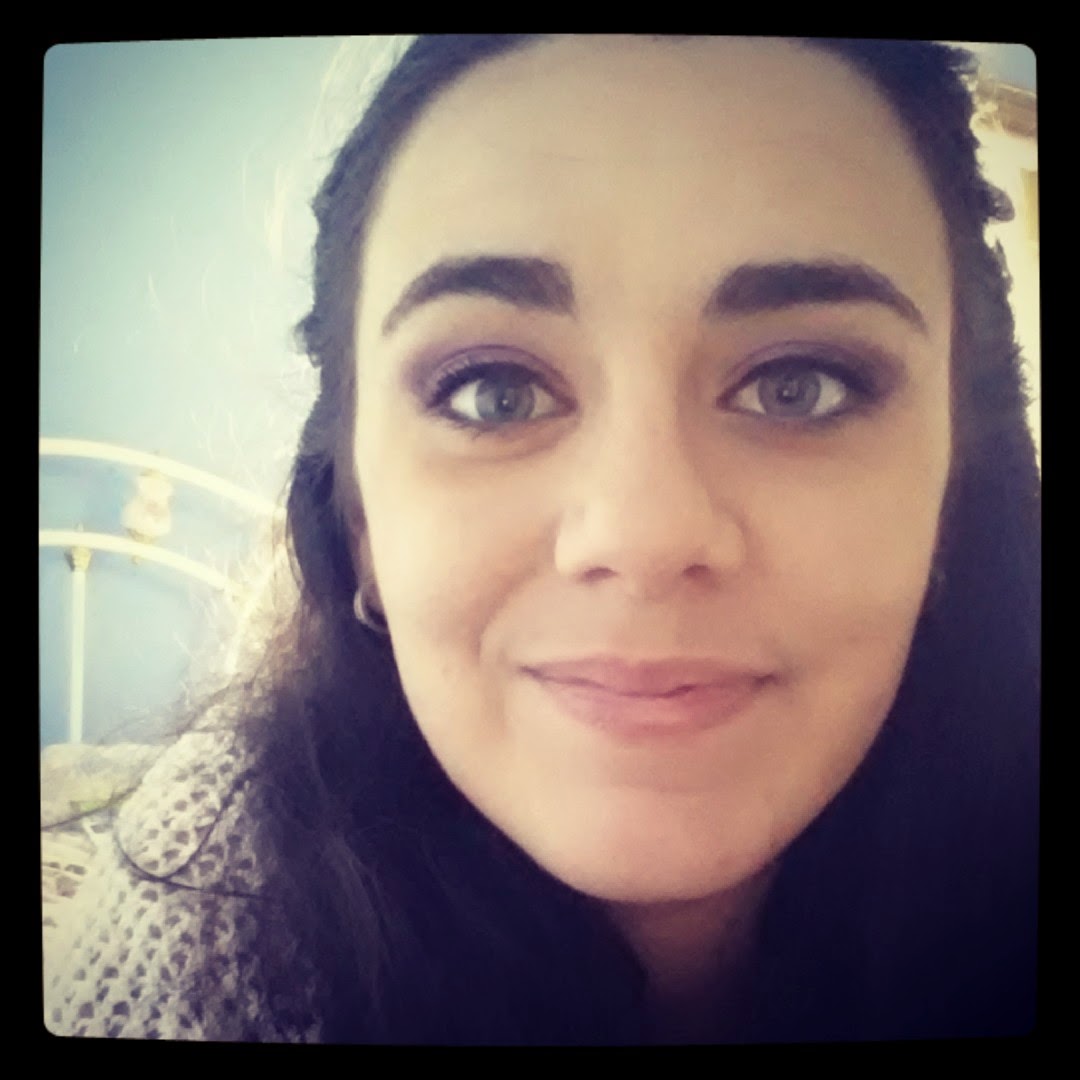 Unfortunately, the original photo that I took on my phone wouldn't upload so I've had to use the filtered version that I stuck up on Instagram.

The third look was the one I was most looking forward to, and the one that let me down the most. I used "Maui Wowie" as a base, blended in "Suspect" and then "Smog". I don't think it looked very nice on me. Reflecting further on it, I think this comes down to two reasons: firstly, you can see that my hair is a very, very dark brown and my skin is (I think) classified as light-medium. I think that combination of colours will better suit someone with fairer skin and lighter hair than what I have. Secondly, I think it's possible that the techniques I used might not have been might not have suited the colours. It's one of the few that I can do without needing to watch a tutorial fifty times, that's why I went with it. Maybe if I hadn't had work that day, I'd have tried a different style of makeup, but at least I've gotten some kind of learning experience out of it. 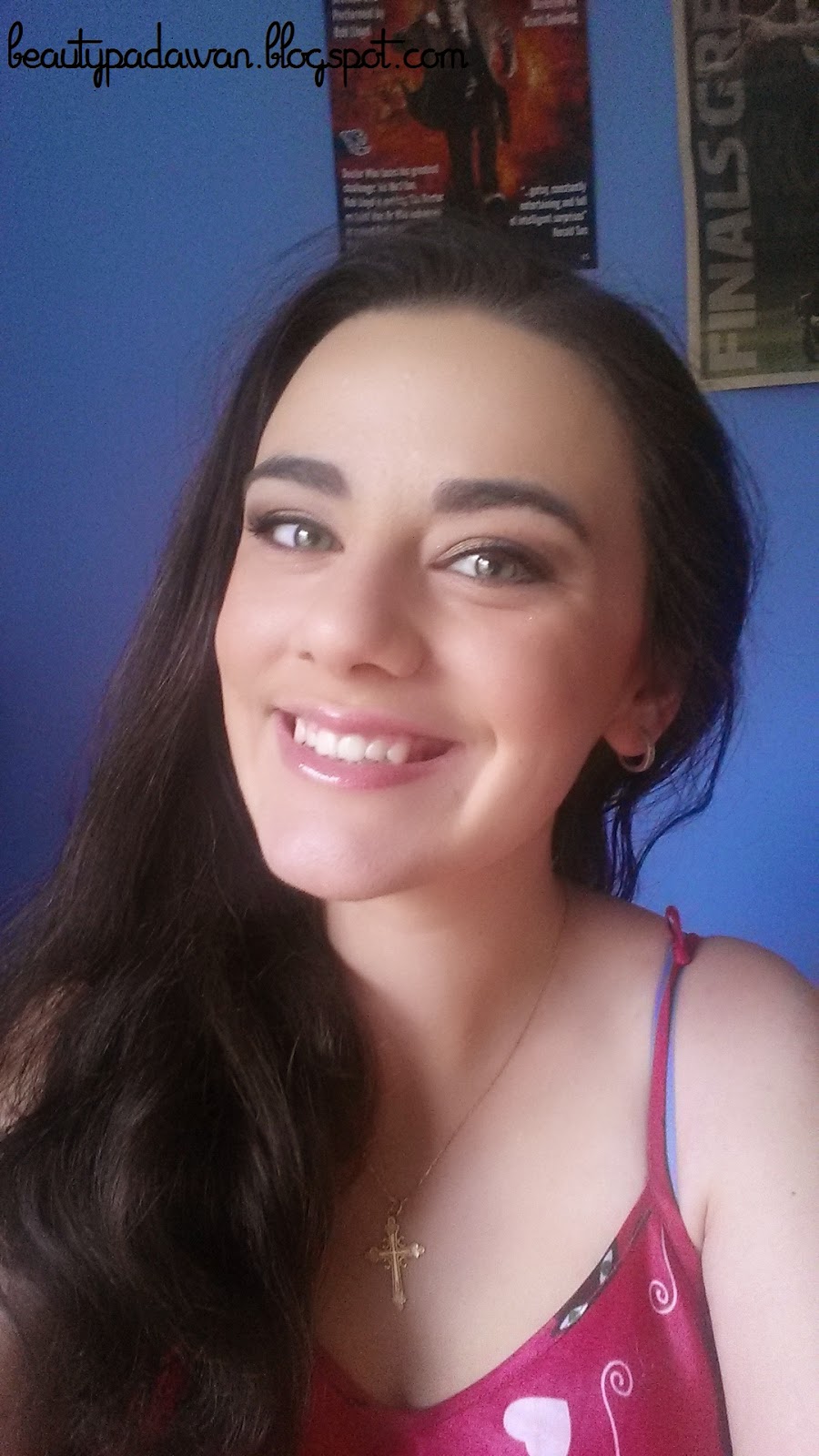 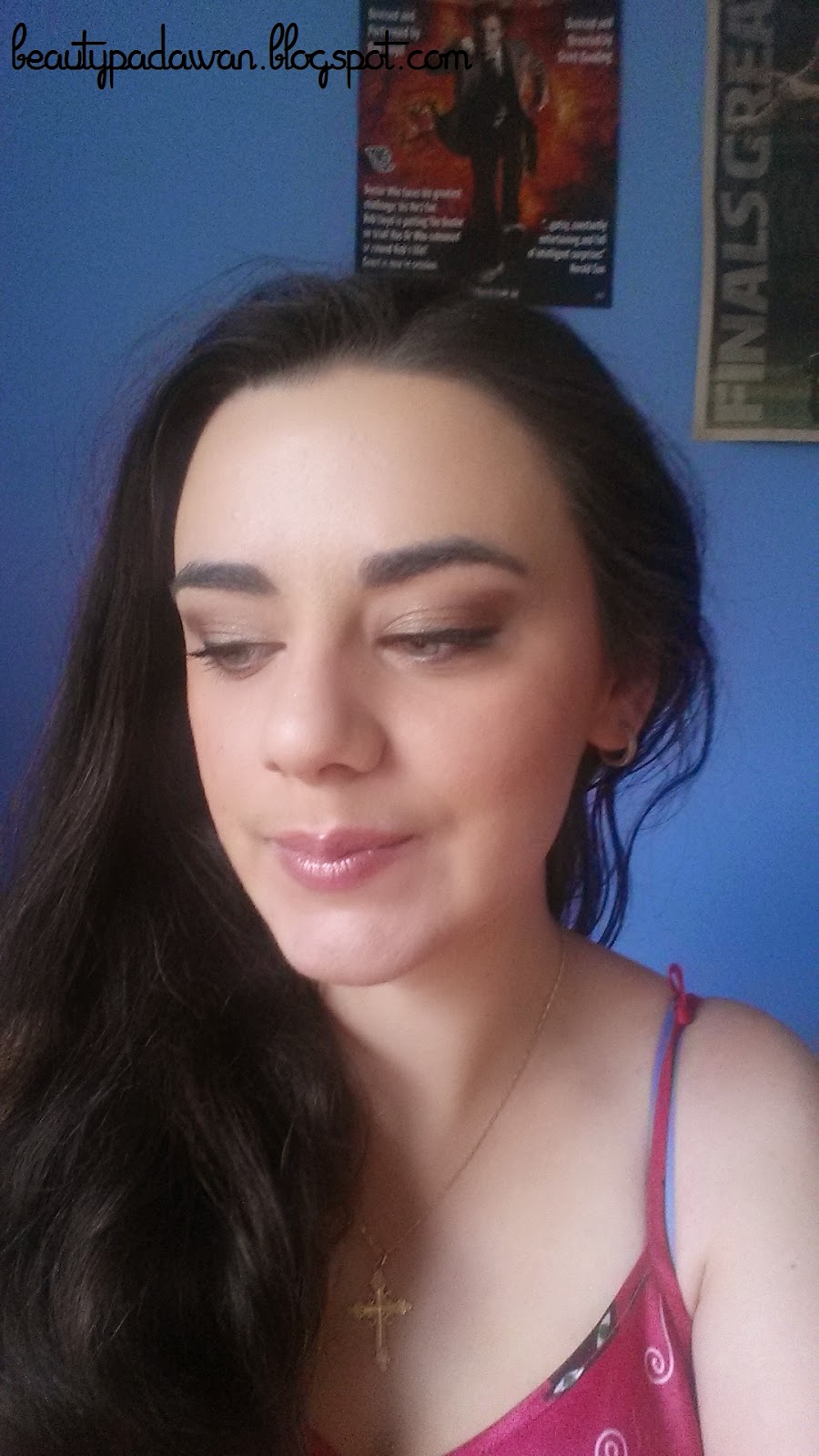 I'm wearing my PJs, not my work uniform. I swear!

If this were a new palette, I absolutely would've tried to find one for myself. I think that it's amazing for all kinds of looks -- glamorous or sweet, daytime or nighttime. I was so thrilled to use this and I really have to thank Amy for the opportunity!

Did you ever use this palette? What looks did you create?