I've never done one of these before, but from what I can tell, these posts are short, sharp and sweet, so I'll do my best!

For a quick context overview: Supanova is one of three major conventions in Australia, kind of like Comic-Con. If you don't know what Comic-Con is, I describe it to basically be a gigangic nerd-fest. People usually get my drift at that point.

It runs over two days and I usually get my photos done on the first -- so I like to wear something really pretty and cute!

Photo day! I wore this white lace dress by Lee Cooper, which you can get at Big W. It was a very, very risky choice for me, but I was careful and pulled it off! I was originally going to wear them with black heels that I wear every year, but I couldn't find them (it was a sign!) so I paired it with a pair of white lace flats from H&M. They're not listed on the website for some reason, but you can see me wearing the whole thing below, where I'm standing next to Thor.

Or maybe you'd prefer to see me wearing it to next to Freema Agyeman.

Or... I don't know... Alexander Ludwig or James Callis or Tom Lenk or Crystal Reed. I might have fangirled just a tiny bit. ;)

﻿
As for makeup, I decided that a natural look was best. I've been wearing this one a lot, although for some reason that day I decided to test out my new funny-looking eye brush.

I used my Too Faced Chocolate Bar Palette, starting by patting "Salted Caramel" onto my lid up to the crease. I then took a little of "Salted Caramel" mixed with "Milk Chocolate" and blended that with my blending brush on the outer corner and into the crease. I believe that the idea of this is to use it as a transition colour. Then I used a little of "Milk Chocolate" with "Triple Fudge" and tried to blend that in, using my blending brush to smooth out any harsh lines. I made sure I didn't take it out as far as I did with "Salted Caramel/Milk Chocolate". I then took a little bit more "Salted Caramel" and blended it into the darker colours on the crease, going from the inner corner outwards. I lined my lashline with the Napoleon Perdis China Gel Eyeliner in "Equinox" (apparently this has been discontinued), then Covergirl's LashBlast Volume Mascara in "Very Black". I used "White Chocolate" from the Chocolate Bar palette to highlight under my brow.

I almost never use a new brush for the first time when I have to go out, but for some reason I just went with it that day. Being a Padawan, it didn't really turn out too great but you can judge for yourself with the photo below.

For the face, I used the Napoleon Perdis Auto Pilot Pre-Foundation Skin Primer, Benefit's Hello Flawless Oxygen WOW Foundation in "Champagne" and I set it using Stila's Illuminating Powder Foundation (holy crap, these names!) in "30 Watt" with my gorgeously fluffy powder brush. (You seriously don't know how much I love this brush. I'm like "OOOOHHH SO FLUFFY" every time I use it). I used my limited edition Napoleon Perdis blush in "Terrarose" on my cheeks; on my lips, I used Rimmel's Vinyl Gloss -- unfortunately, I don't know what shade it is, but I think of it as a kind of peachy-red... Basically, it's the second gloss in the picture, but it might be a discontinued colour.

I attacked my hair with straighteners, then twist braided the front two sections -- a newly acquired skill that I'm very proud of! -- and did my best (see also: poorly) to secure it with a couple of bobby pins. For a bit of fun, I stuck in a few giant things with jewels on the top. I'm not sure about what they're actually called, but they're basically those huge useless bobby pins that hairdressers use when you get your hair done. I got mine from when I did my deb!

On the second day of any con, I like to go for something more casual. Heels get chucked into the back of the wardrobe, banished for another few months, and I break out my handy flats again. I wore a black patterned drape-y top from H&M, which I like because it kinda smooths out my lumps and bumps -- just with a pair of jeans and simple black flats. I had a light grey cardigan from Cotton On which I wore in the early morning.

I want to say that my makeup was different to what I had on the day before, but really it was very similar. 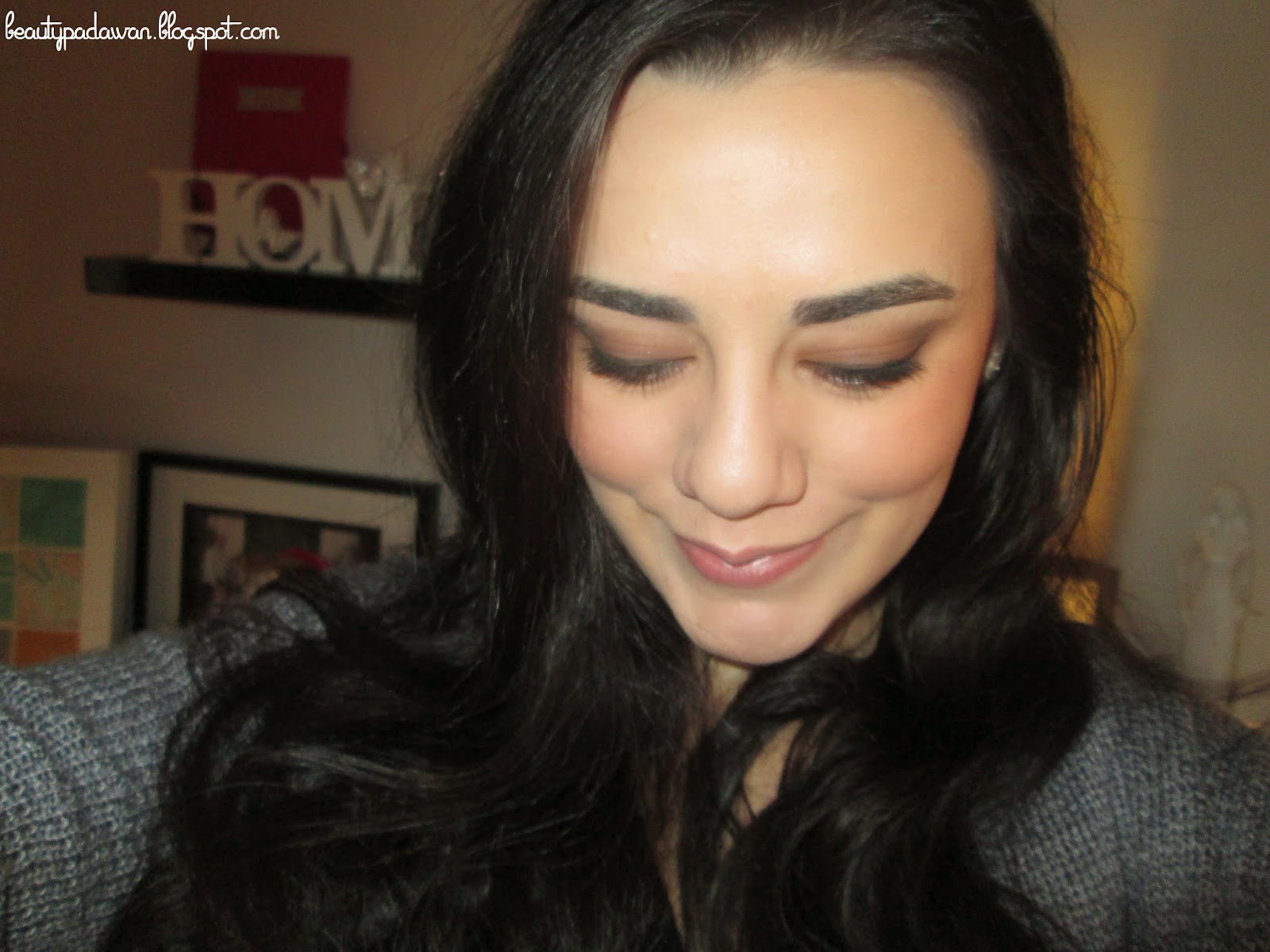 I used one of the looks from the little booklet with my Chocolate Bar palette -- unfortunately, I can't remember what it's called! I used "Milk Chocolate" all over the lid, blended "Gilded Ganache" in the outer corner and into the crease, swept "White Chocolate" under my brow" and then created a cat eye with "Triple Fudge". My rest of my makeup was exactly the same as the day before, except that I chose (also: forgot) to not wear anything on my lips.

I'd planned to attack my hair with the straighteners once more, but I liked how it fell when I woke up, so I just brushed it and left it alone. However, you'll notice that it's tied up in my photos with Elsa and the Sailor Moon girls -- this is because I hate having my hair down and in my face for more than thirty seconds, and I'd tied it up by the time I'd gotten to Supanova.

And that's it! Have you ever gone to something like Supanova? What kind of makeup did you wear?