Beautiful You Australia: The Haul Edit

So you've seen my Face of the Day post that I wrote for the Beautiful You expo -- this is, quite literally, everything else. About the stalls I visited, about the products I bought -- it is long, it is graphic-heavy and I'm doing my utmost to recall it all back to mind whilst sitting in my bathroom with my face smothered in GlamGlow (although it'll have been washed off by the end of this post, because, as we all know, writing posts takes several hours).

The idea of the Beautiful You expo is that it covers all aspects of beauty, health, and well-being. It's supposed to be "The Ultimate Event for Women". Given that it was the event's first year, I wouldn't quite say that it's 'ultimate' yet, but I think it will definitely make its way there in the next few years, especially if they're able to attract some bigger names. There were five categories that Beautiful You comprised of: Happy You, Healthy You, Stylish You, Glamorous You, and Younger You. From pamper stations to makeup stands, booths about cosmetic surgery and areas where you could lay back and watch whatever was playing on Arena TV, there really was something for everyone. You could buy single passes or weekend passes -- unless you were quite invested in seeing the panels, you only really needed a day ticket. 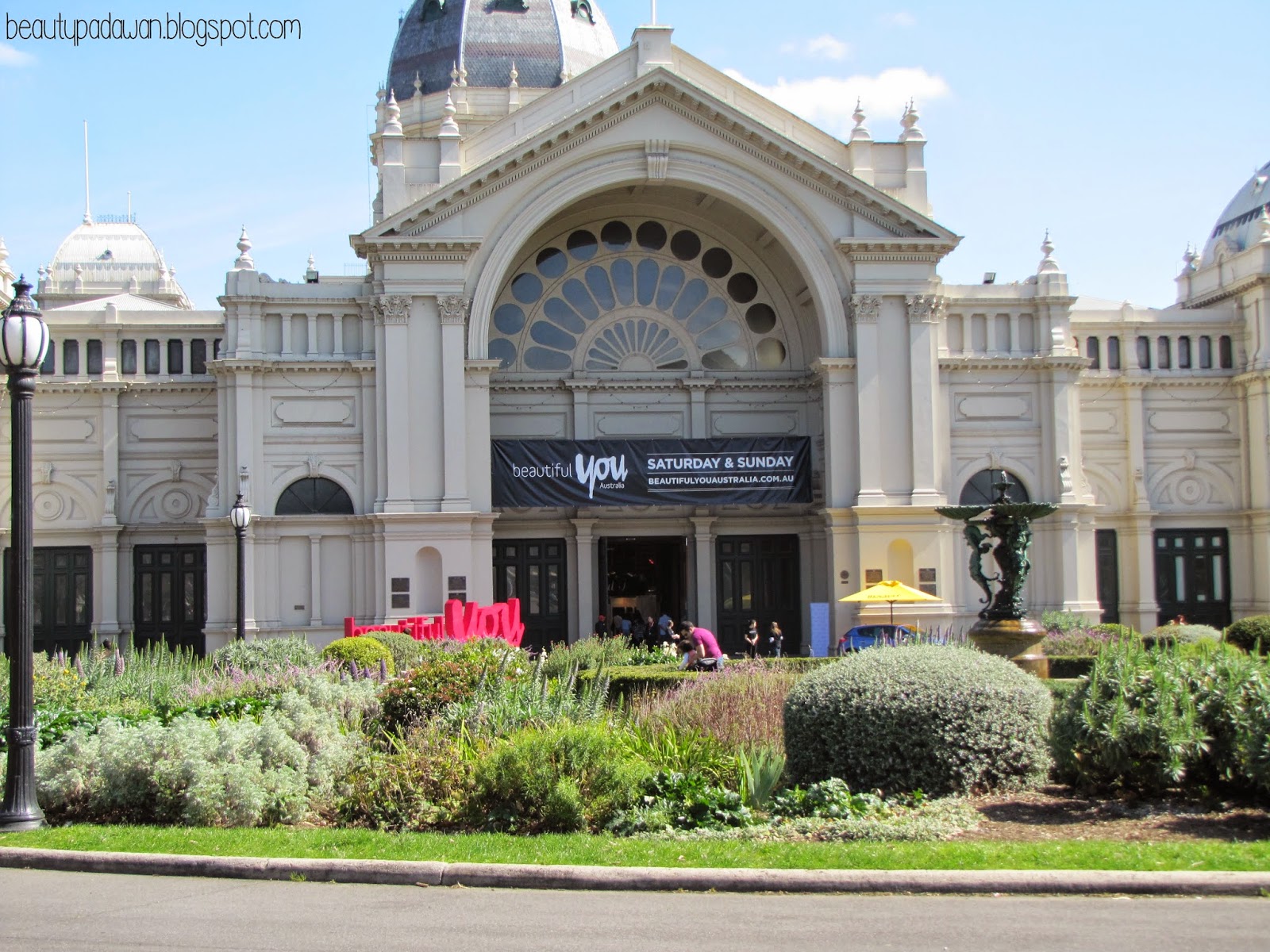 Even though we're most of the way through September, the weather in Melbourne hasn't consistently been spring-like -- weekends, however, have generally been pretty good and luckily for us, the sun shone last weekend! The event was held at the Royal Exhibition Building, which is a beautiful old building this is worthy of being on the map of every tourist, even if to just admire from afar as you sit in the gardens. 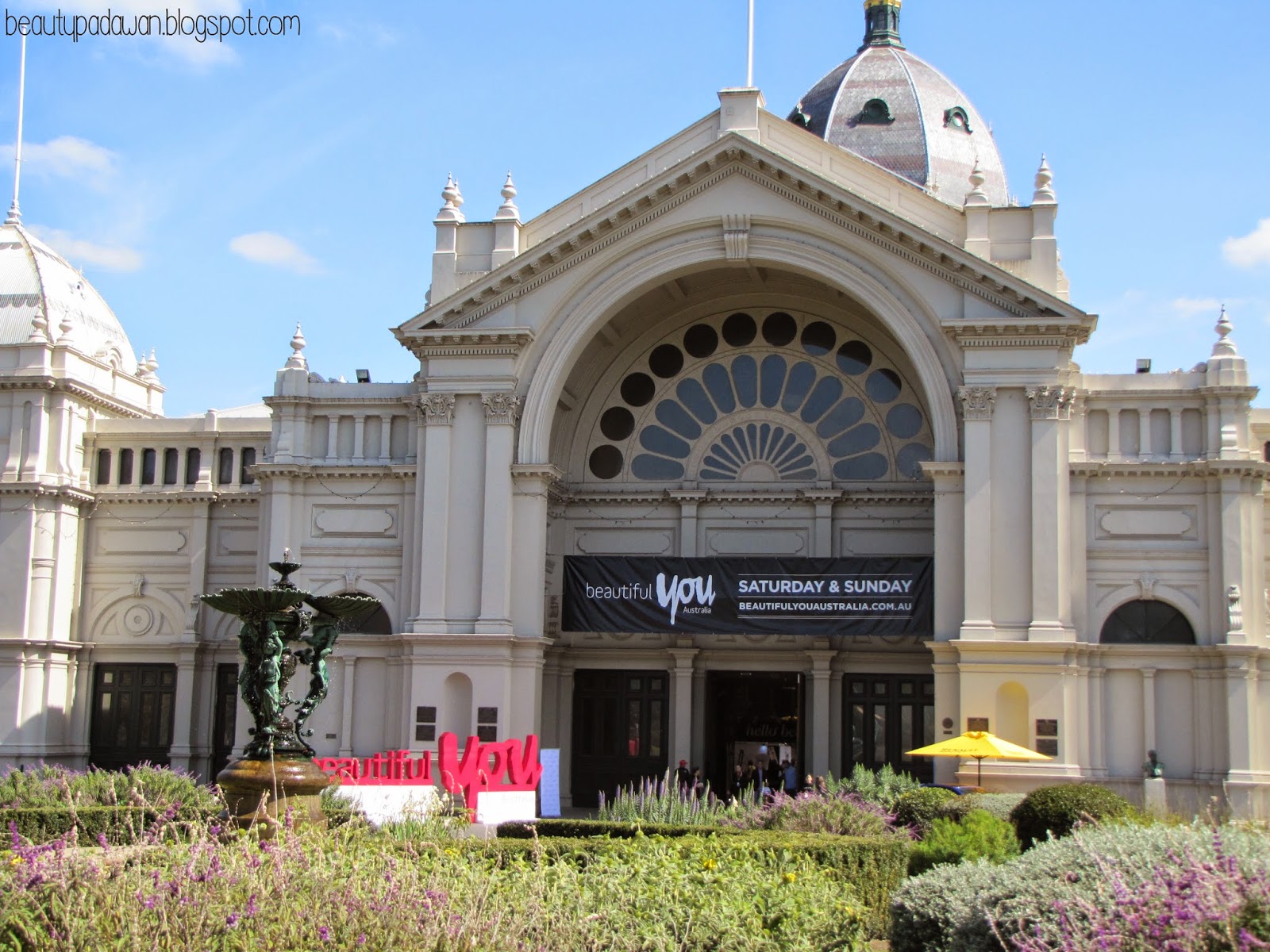 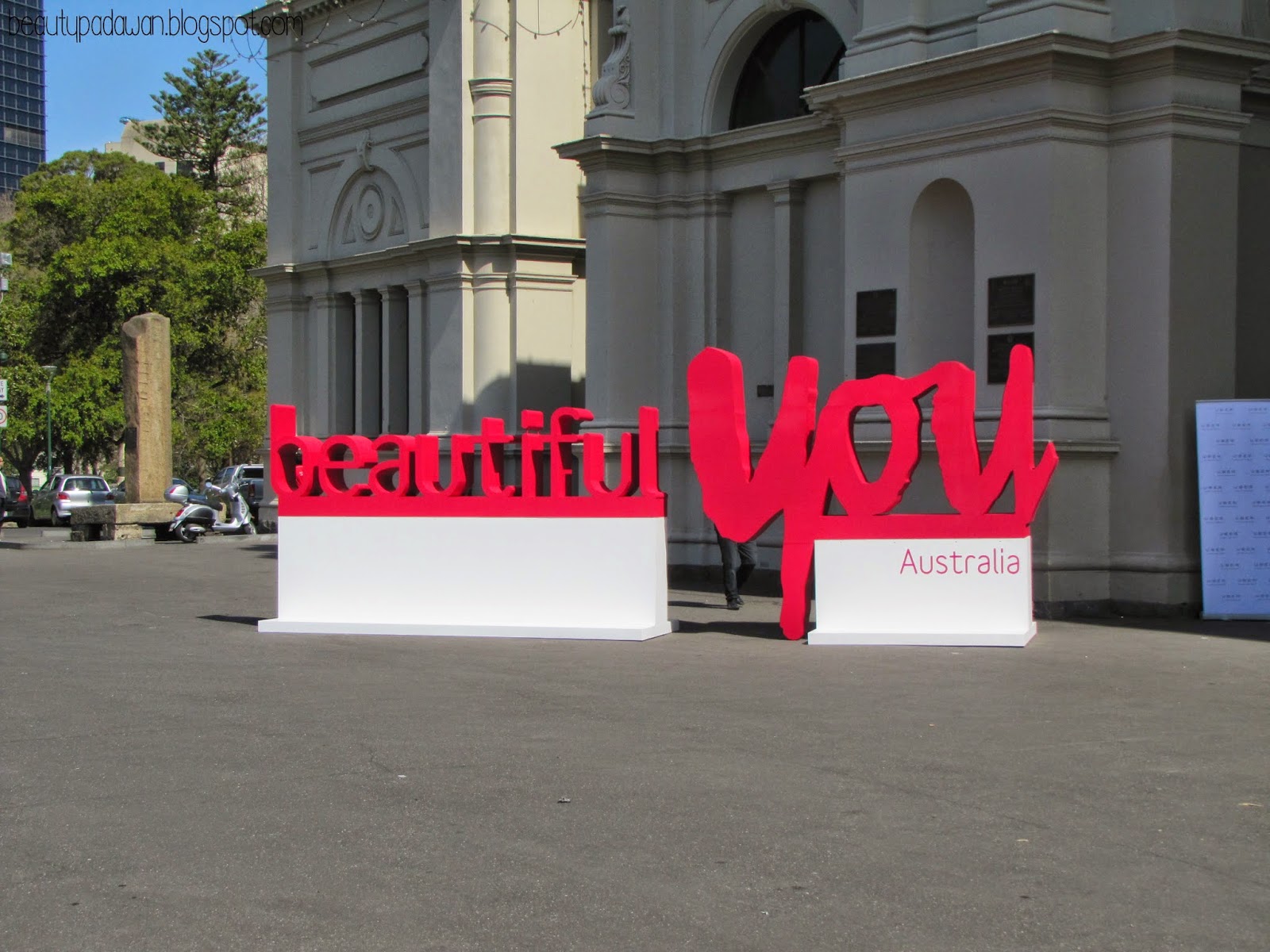 First of all, here's a word of caution that we learned the hard way: always check your purchases! We were given the wrong item three times and we didn't realise until we'd gotten home. If you're not purchasing something that you're going to literally pick up off the table and take with you, make sure the stall attendant gives you the right product! It was so frustrating to get the wrong thing, especially when we really had no way of changing it, as we weren't able to go the next day.

But enough for now of the negativity -- on to the fun that I had!

The first thing I was after was food. My mother and I went together, but she had to go to a meeting at 9am -- and she was gone for almost an hour and a half. I was hungry, I was bored -- I ended up recording myself on my camera for twenty minutes, goofing off to the 80s music that was playing in the car! (Trust me, be glad you're not going seeing it.) That plus the fact that I hadn't eaten in about 18 hours meant that chips was definitely on my mind. 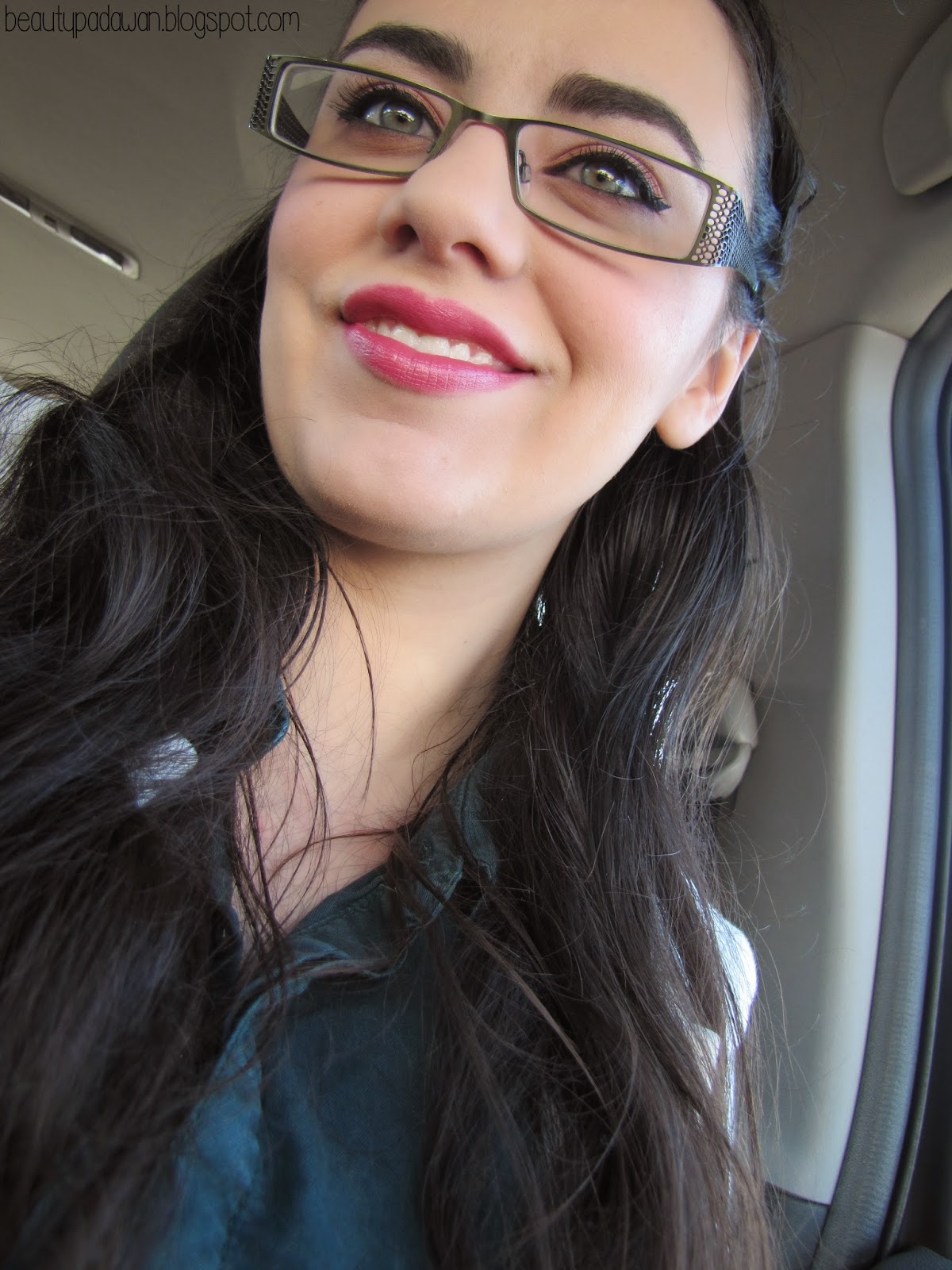 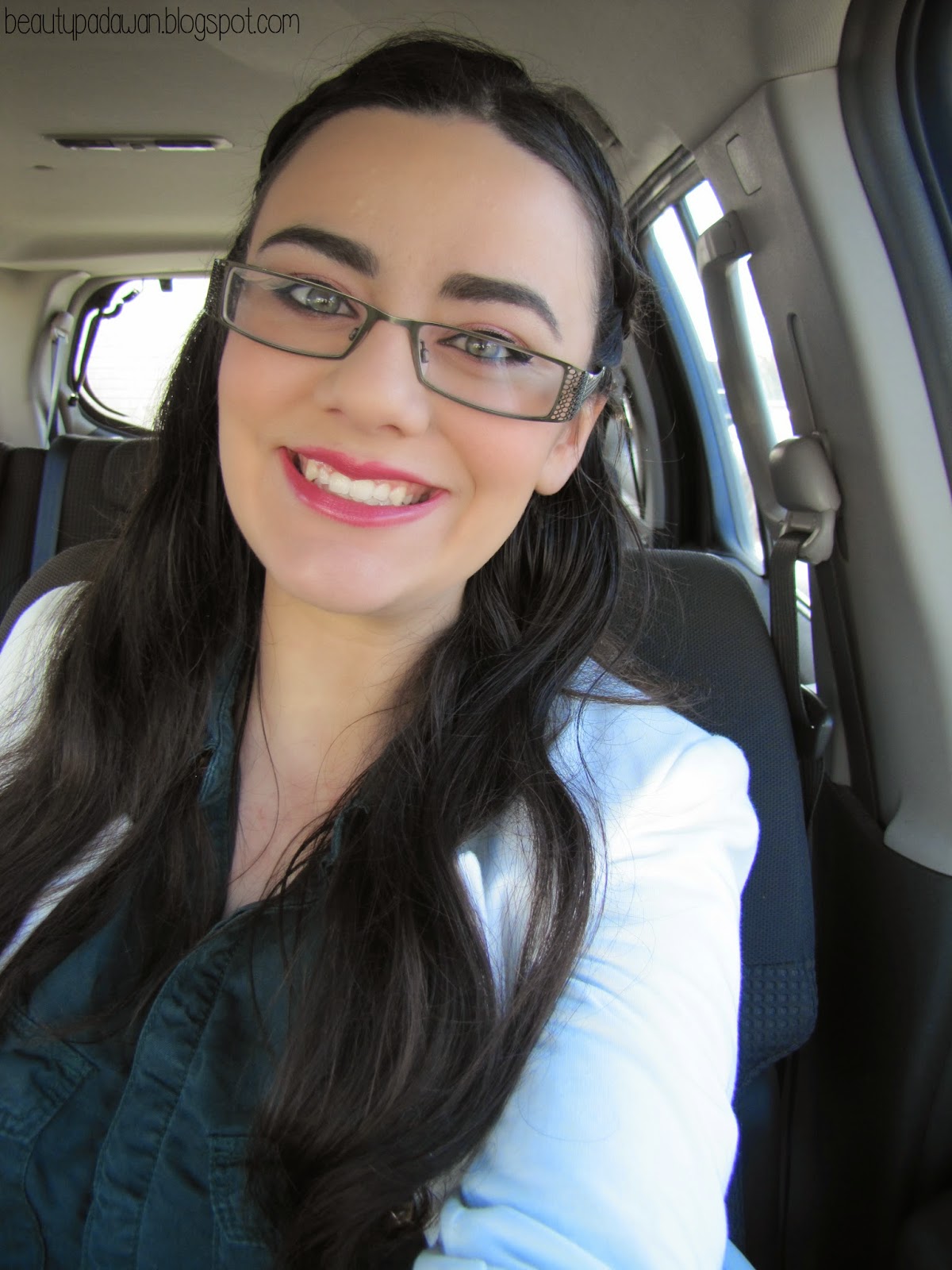 So stylish. Somebody call Vogue.

I got my chips.

Those who bought their tickets online got a goodie bag and I was a touch sceptical about what it might contain -- if you've been to a nerd convention in Australia, you'll know that the "show bags" basically consist of a floor map and a bunch of useless pamphlets -- but I was pleasantly surprised. As you can see below, we received a cup of Uncle Toby's O&G oats (mine was Honey, Fig & Macadamia -- I'm not sure if anybody else got a different flavour), a sachet of Dilmah camomile tea (not really my thing, so into Mum's tea chest it goes), a packet of Craisins (also not my thing, because I don't like fruit, but Mum does), a chapter excerpt from a novel called "Torn", a little sample of Coconut Revolution's Coconut Body Lotion, and a sample pouch of Skin Doctors' Gamma Hydroxy Skin Resurfacing Cream. There was also a cute pink and white singlet with an iron-on, but that's not pictured below for technical reasons (see also: forgot). 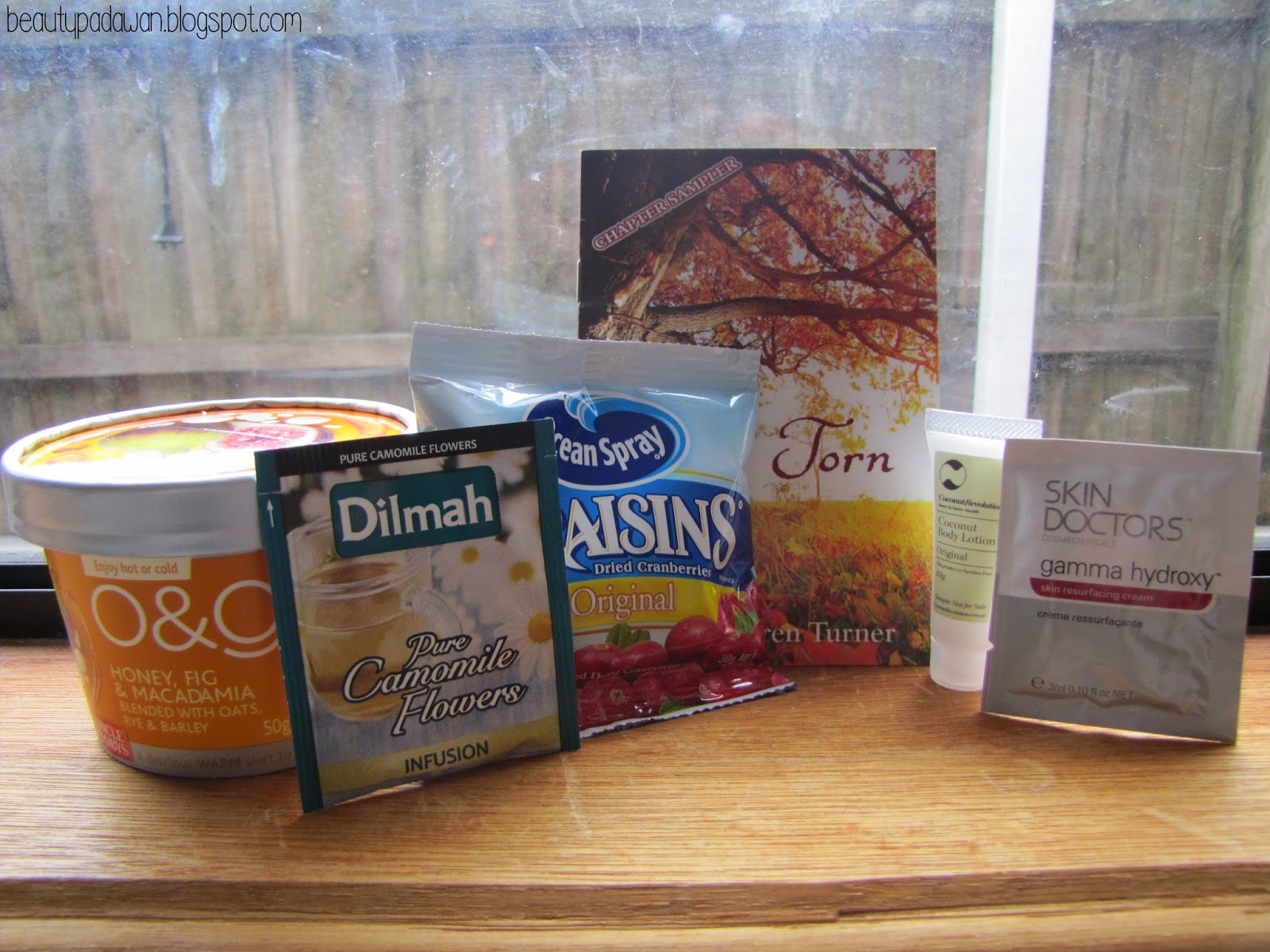 The seating areas were very glamorous and super cute. There were vases of real flowers dotted around on the tables and although they smelled beautiful, they weren't over-powering, so sensitive noses weren't seized with the sneezes.
﻿


I did get the chance to sit it on one of the small panels, featuring the woman behind a brand of makeup called Klara Cosmetics, called "How to Contour like a Kardashian". Honestly, I wouldn't have said that they covered contouring anywhere near as complicated as what's said the Kardashians do, but it would've been useful for Padawans and they were handing out samples of their signature product, Kiss Proof Lips, which was pretty cool. 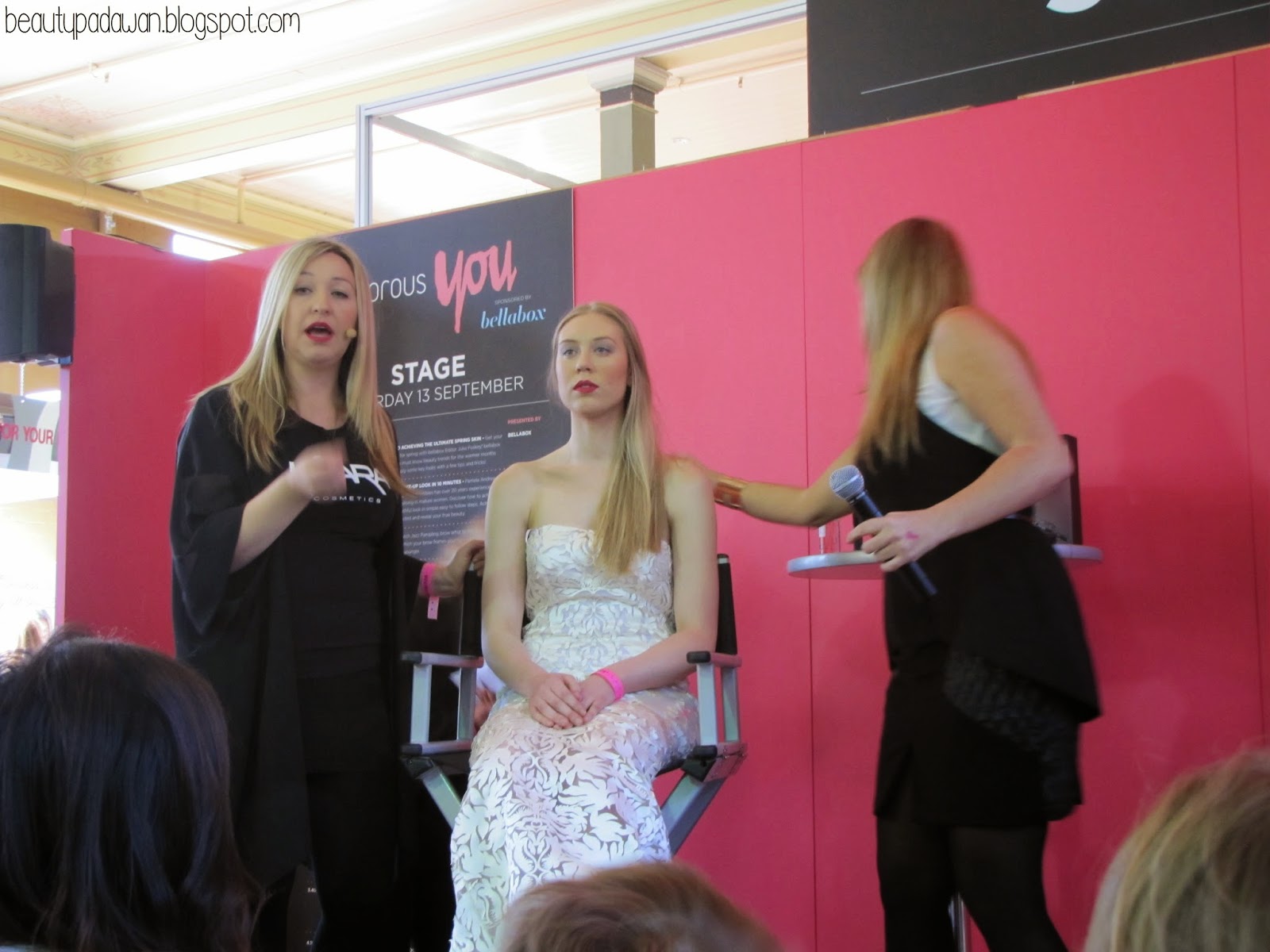 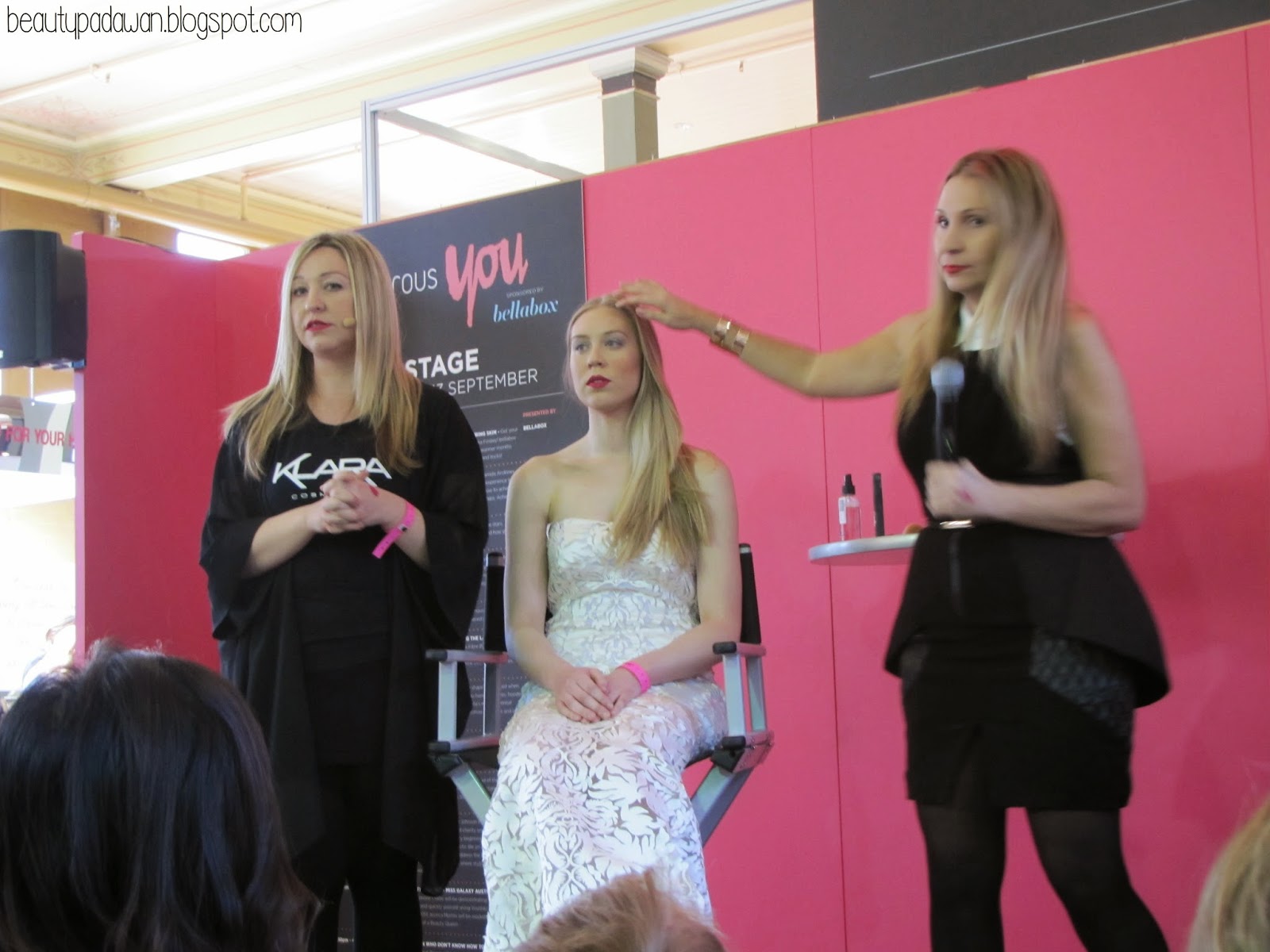 The thing about Klara Cosmetics that impresses me are the eye shadows. They are very emphatic about the fact that their colours are 100% pigmentation, and let me tell you... Holy moley, they had some gorgeous colours! I thought I'd taken pictures of their range, but apparently not -- however, you can look at the website and, I promise you, the colours are true to what you buy. They stock three kinds of shadows: mattes, shimmers and what they call "diamond" shadows, although I'm honestly not sure what makes them like diamonds. There were a couple of offers where you could buy a three-palette of your choice of shadows for $45, or a six-palette for $90. I bought a six-palette, which might sound strange for those who know me well, because they know that I won't fork out any more than $70 for an Urban Decay Naked palette -- but given that the Klara shadows started at $20 each, the palette was amazing value.

﻿
I also stopped by Eye of Horus, and I fell in love with their eye liners. At $30 each, they were only slightly more expensive than a Smashbox liner (and the last time I bought a Smashbox liner, they were actually $30), and then the woman minding the booth told me about a special offer: you could get three eye liners, plus a little makeup purse and the special liner sharpener for $50. Sold! I have several black liners, so I went for colours and picked Emerald Tabula, Nubian Brown and Teal Malachite. 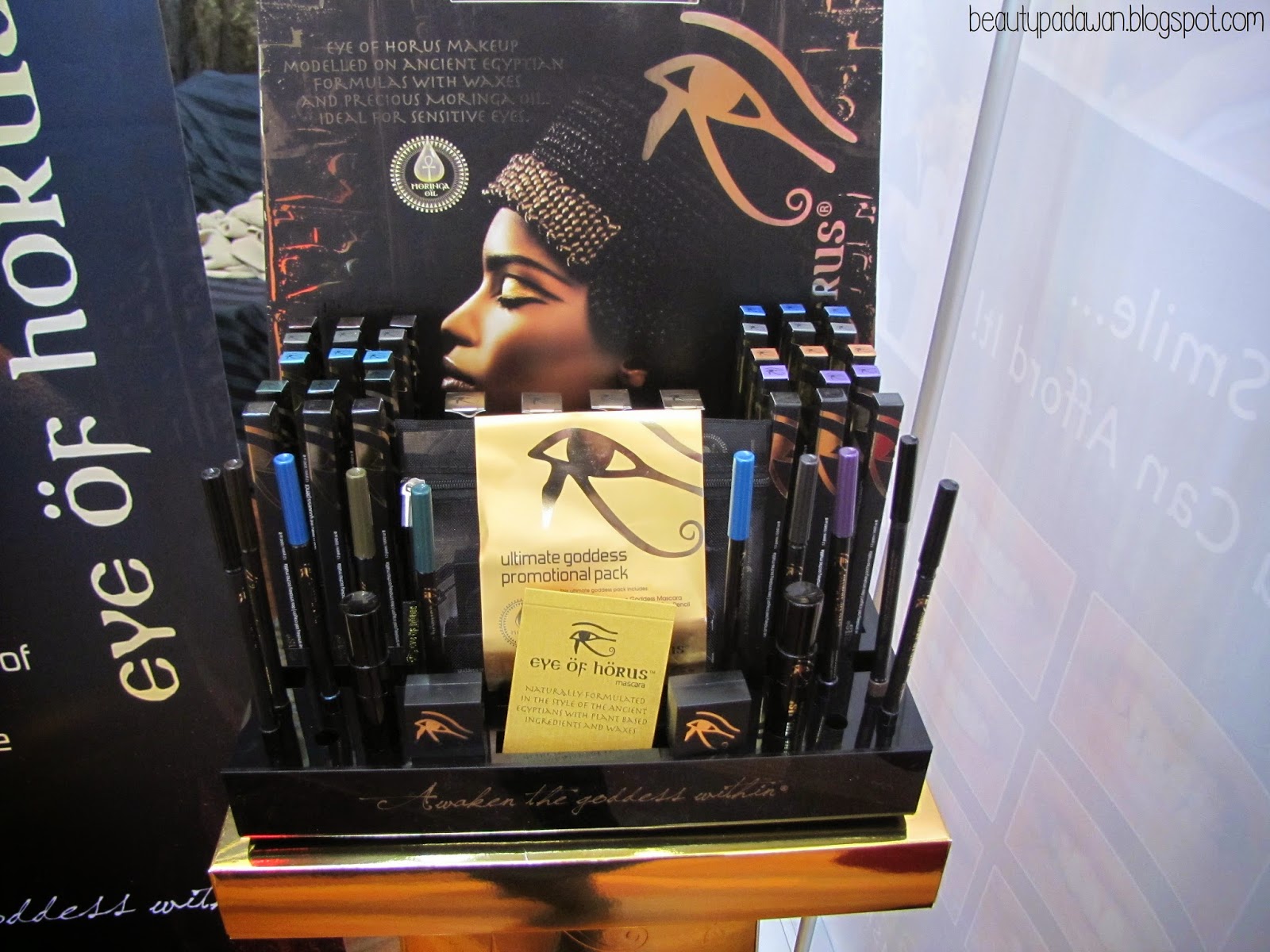 Unfortunately, this is where the first of my problems popped up. My mother also bought three liners, and the woman, she realised when we'd gotten home, gave her one of the wrong ones -- instead of olive, she'd gotten a brown one. I'm also fairly sure that the makeup purse was supposed to have a sample of mascara as well, but neither of us had one. Hmm...


Then there was High Tea for my mother and I. I feel like this was the highlight of our time! $35 got us the cutest set up of tea, ribbon sandwiches, scones and little sweets -- it was divine. I'm not a tea-drinker unless it's iced tea, but the girl made a concoction of earl grey with a fruity tea that wasn't too unpleasant. In fact, it was actually really nice to cut through the sweetness of the pastries. Apparently we two were the first ones to completely finish our High Tea as well -- and what can I say, how could we not? Delicious! 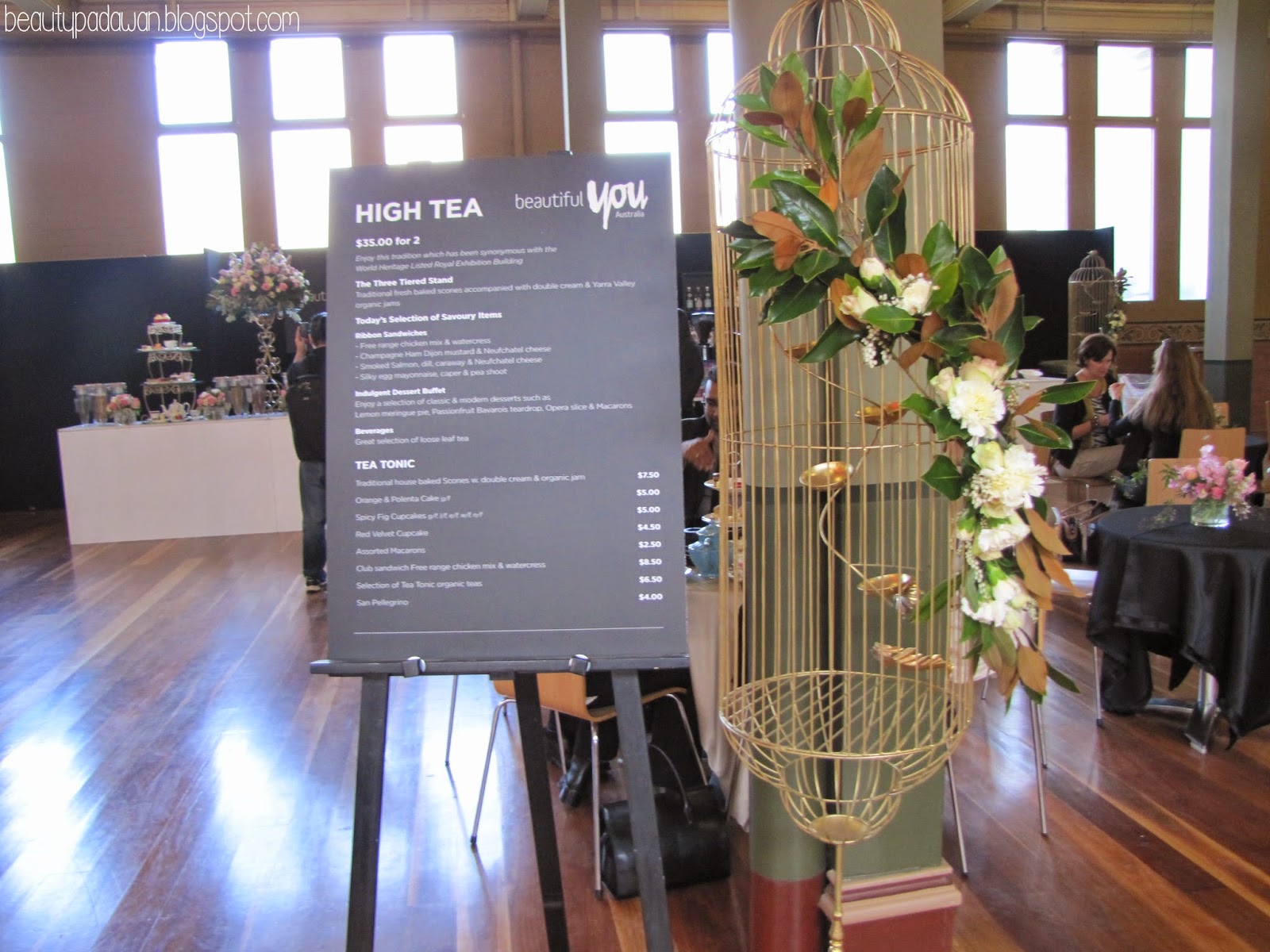 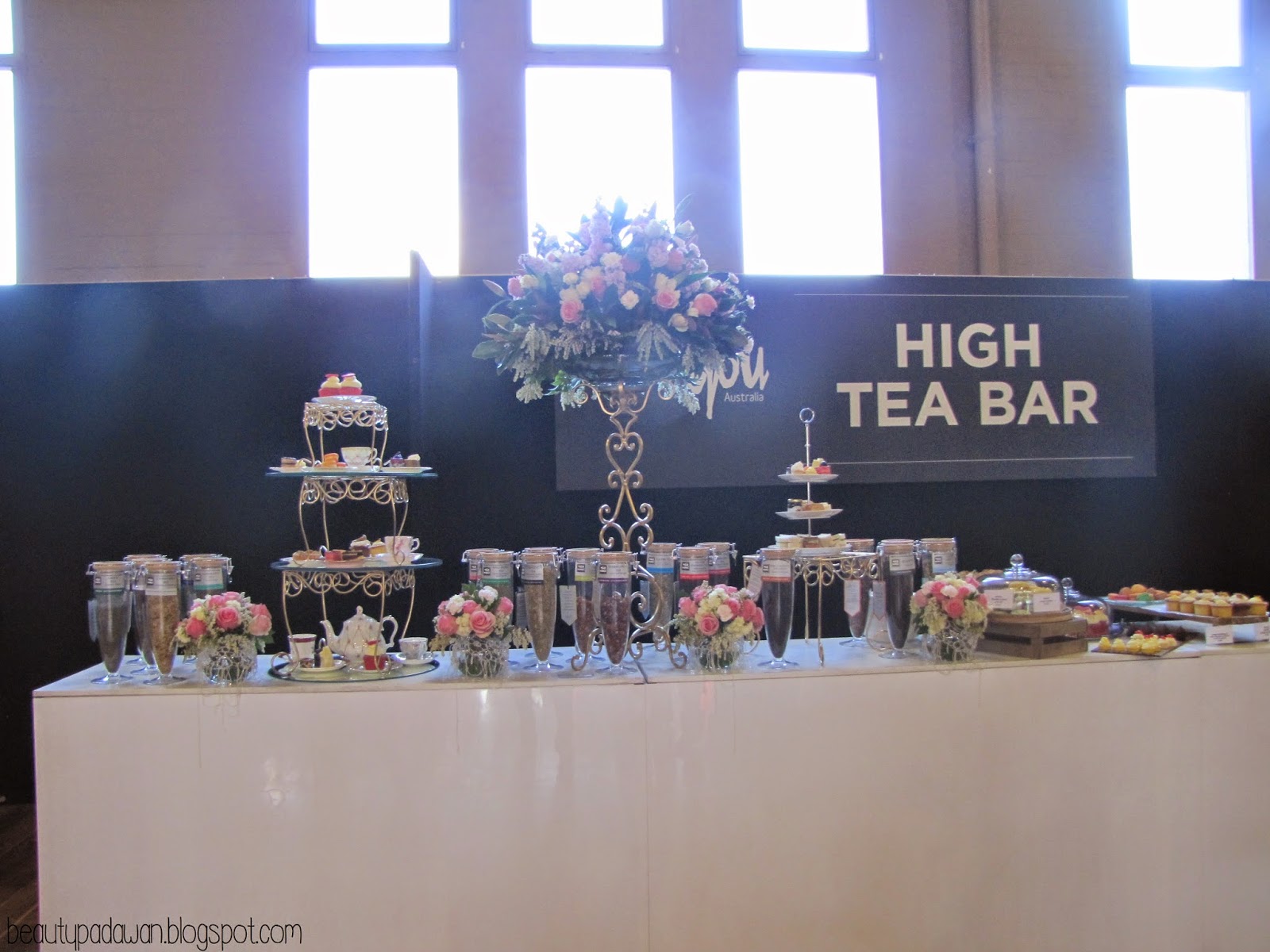 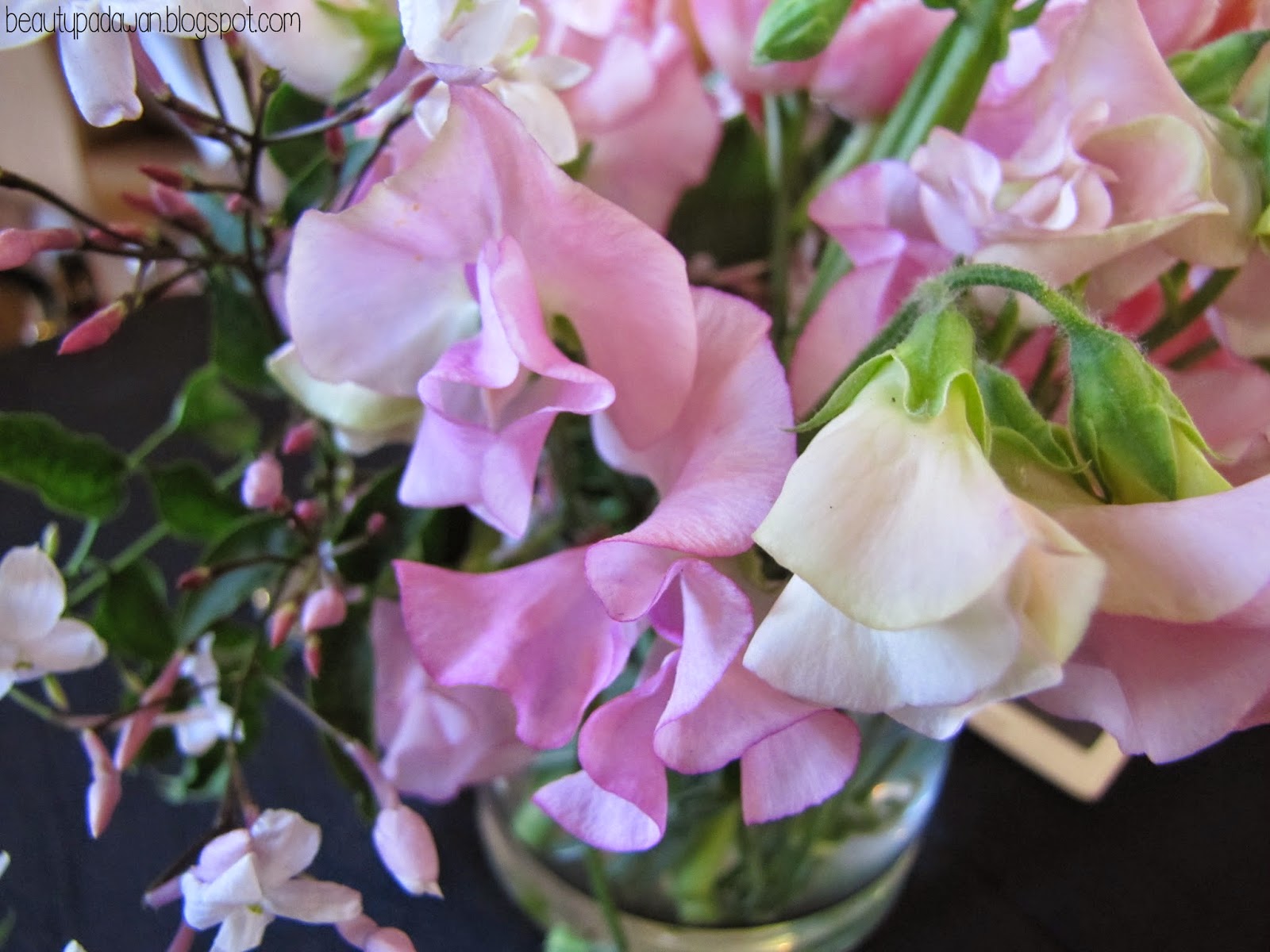 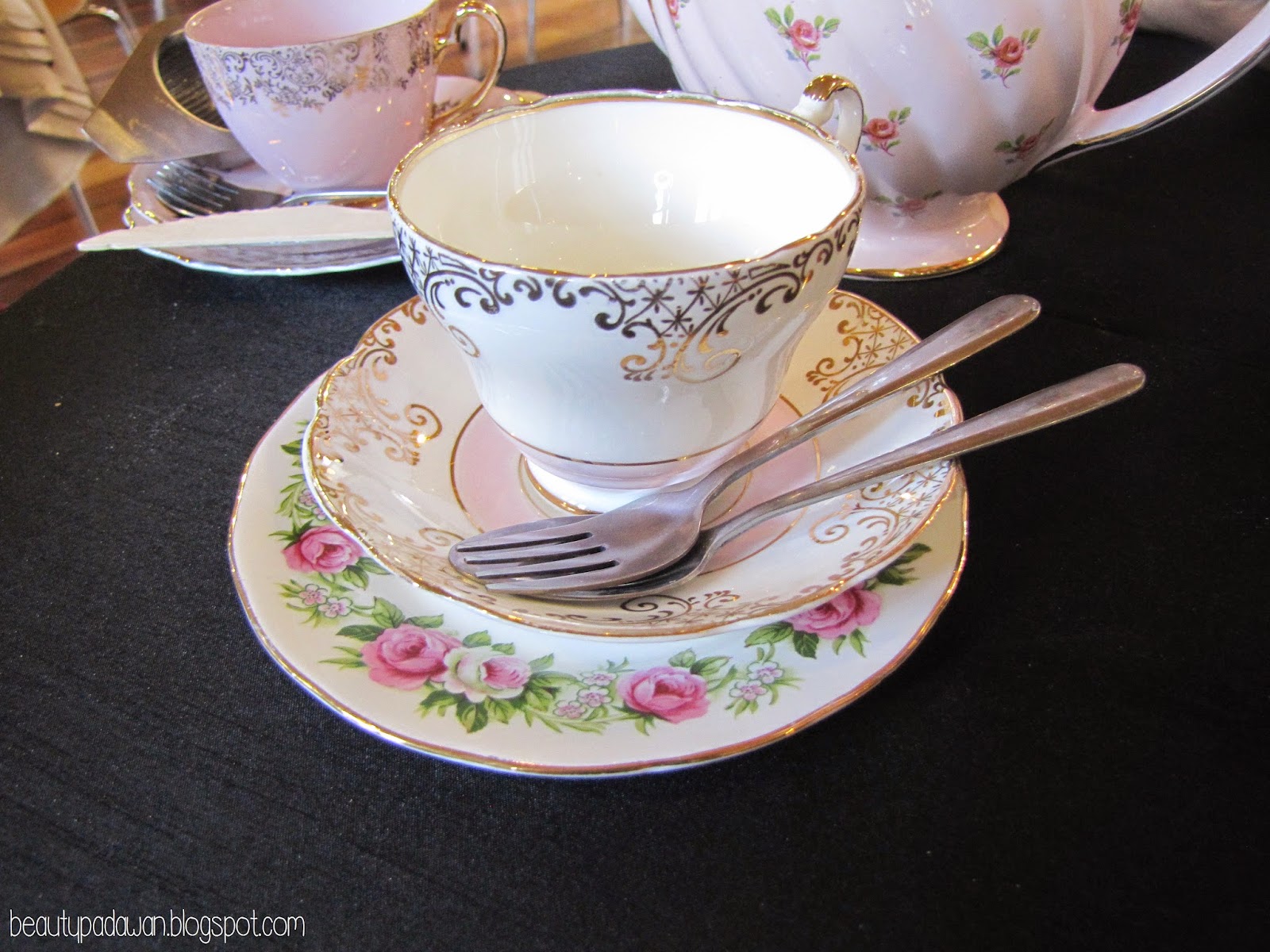 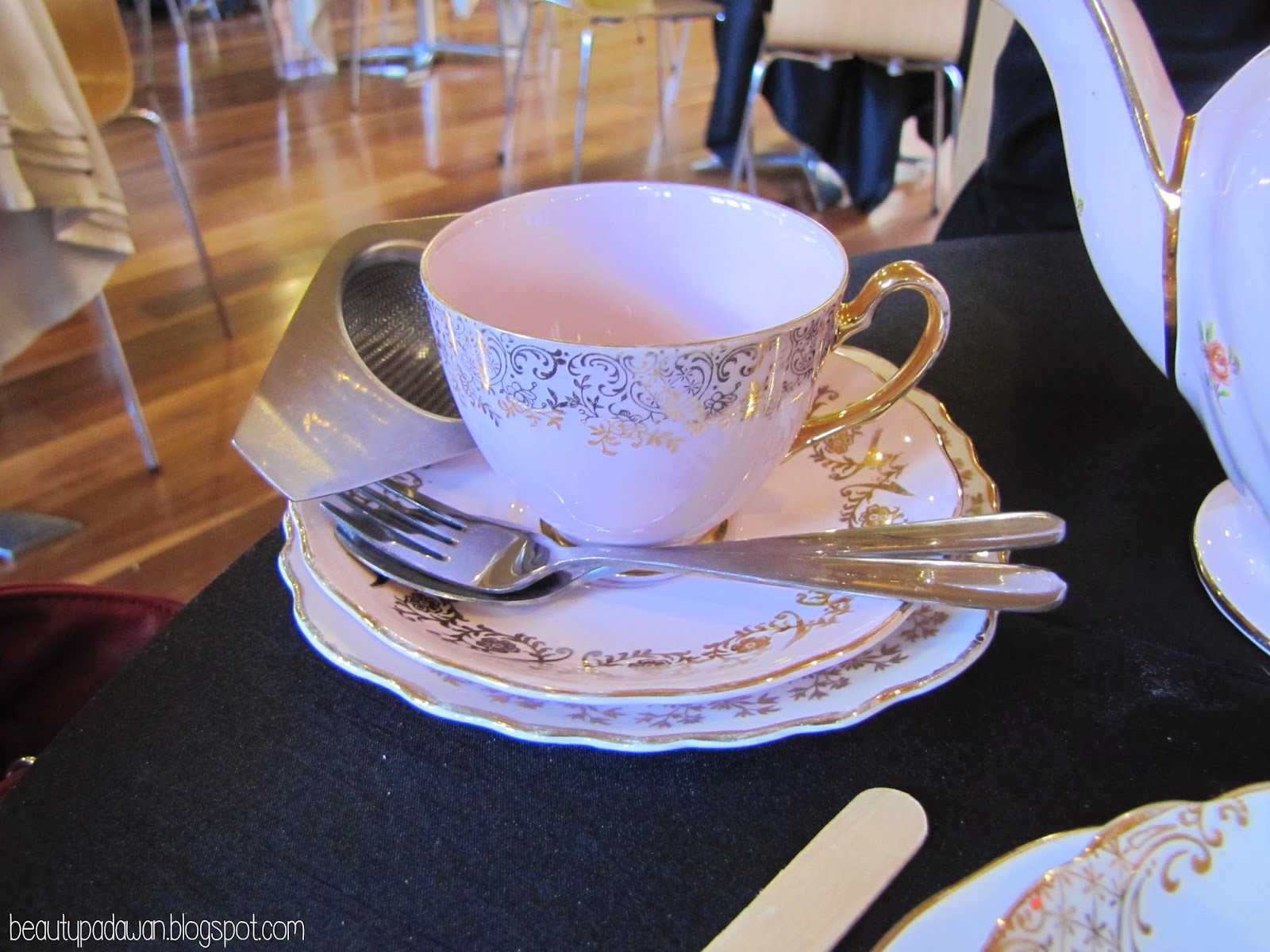 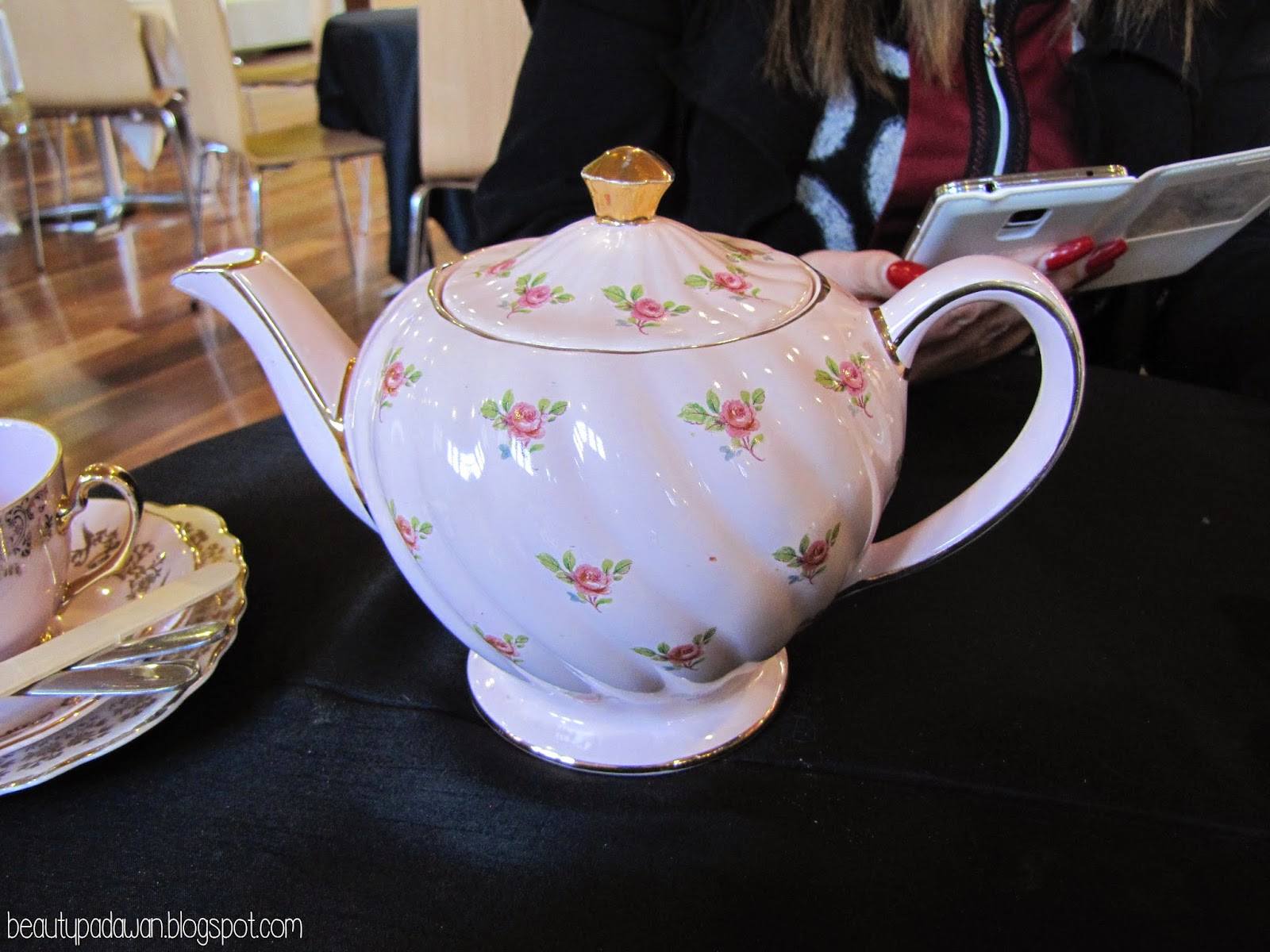 We also visited Bésame, a cosmetics company that sells vintage-style makeup. They products and packaging are charmingly gorgeous, and really make the perfect little vanity desktop piece -- or perhaps a gift for the friend who's really into vintage items. The shades of lipstick are claimed to have been inspired by vintage celebrities, but they don't say which ones except for a lipstick called "Red Hot Red", which they claim is the exact shade that Marilyn Monroe wore. My mother and I each decided to get one of those, but somehow we were disappointed again -- when we got home, I realised that we'd gotten one "Red Hot Red" and a "Cherry Red", which was quite disappointing. Luckily, there's a retailer in the city, so I have the opportunity to go and swap "Cherry Red" for the shade that I want. 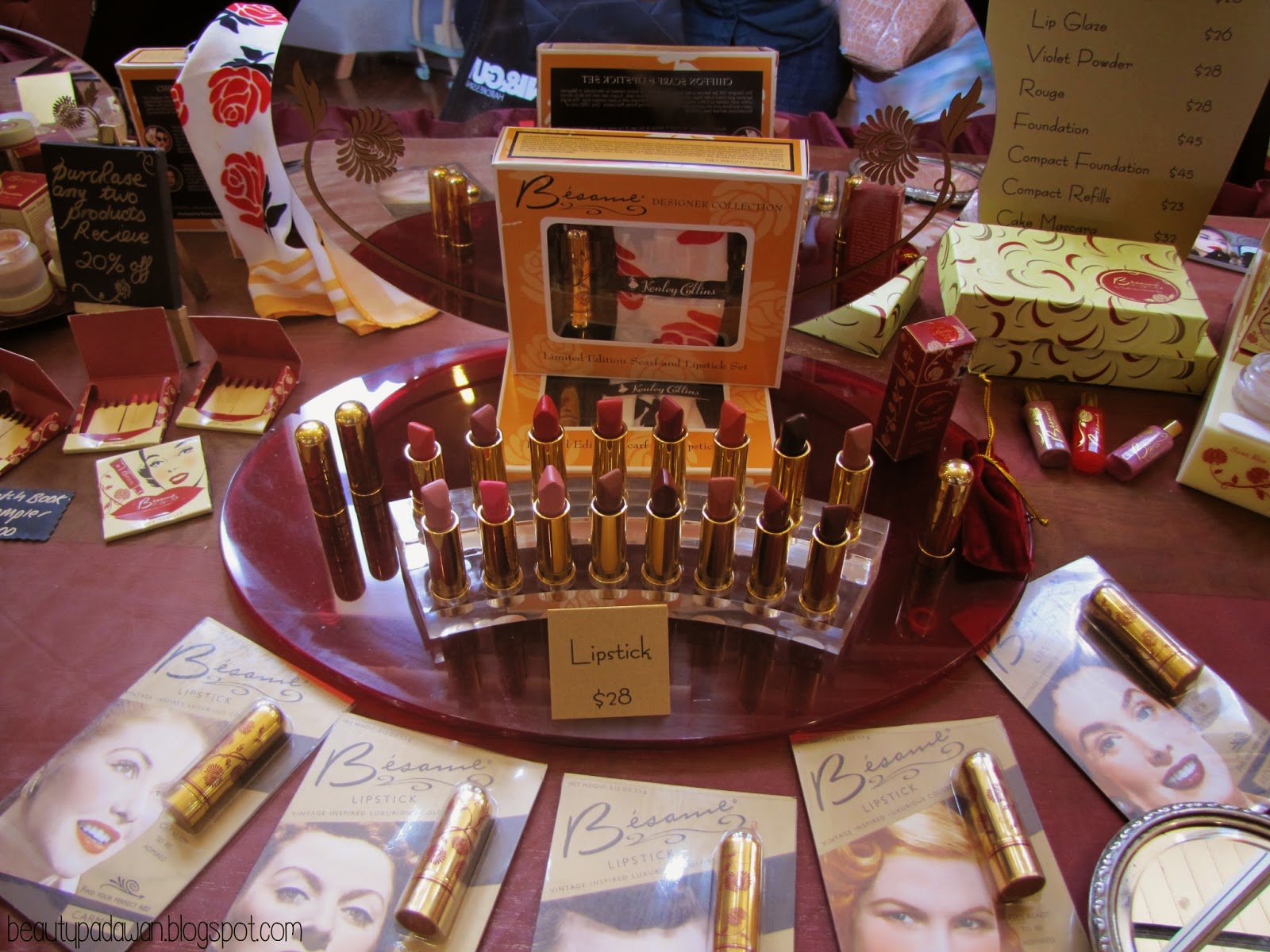 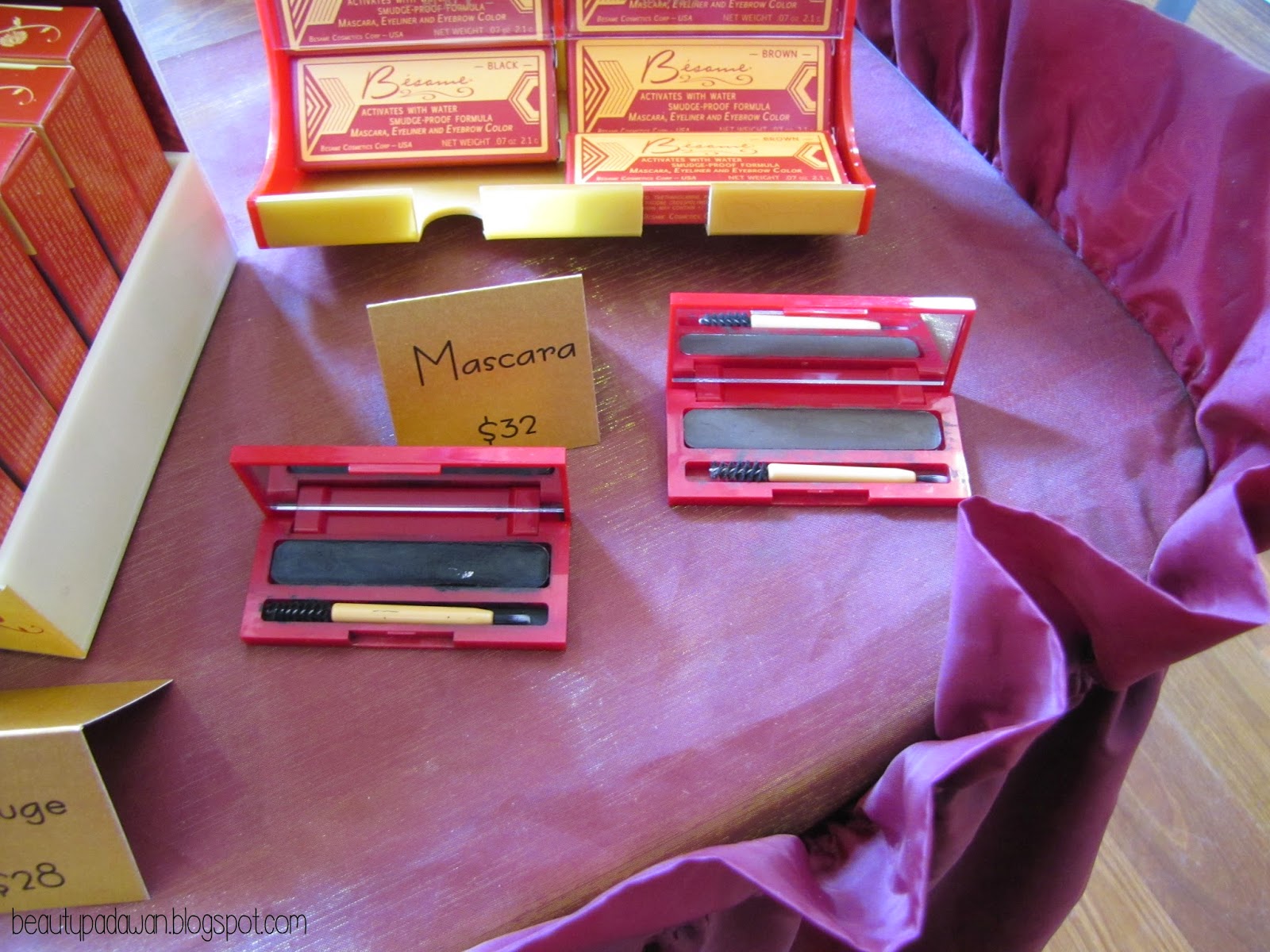 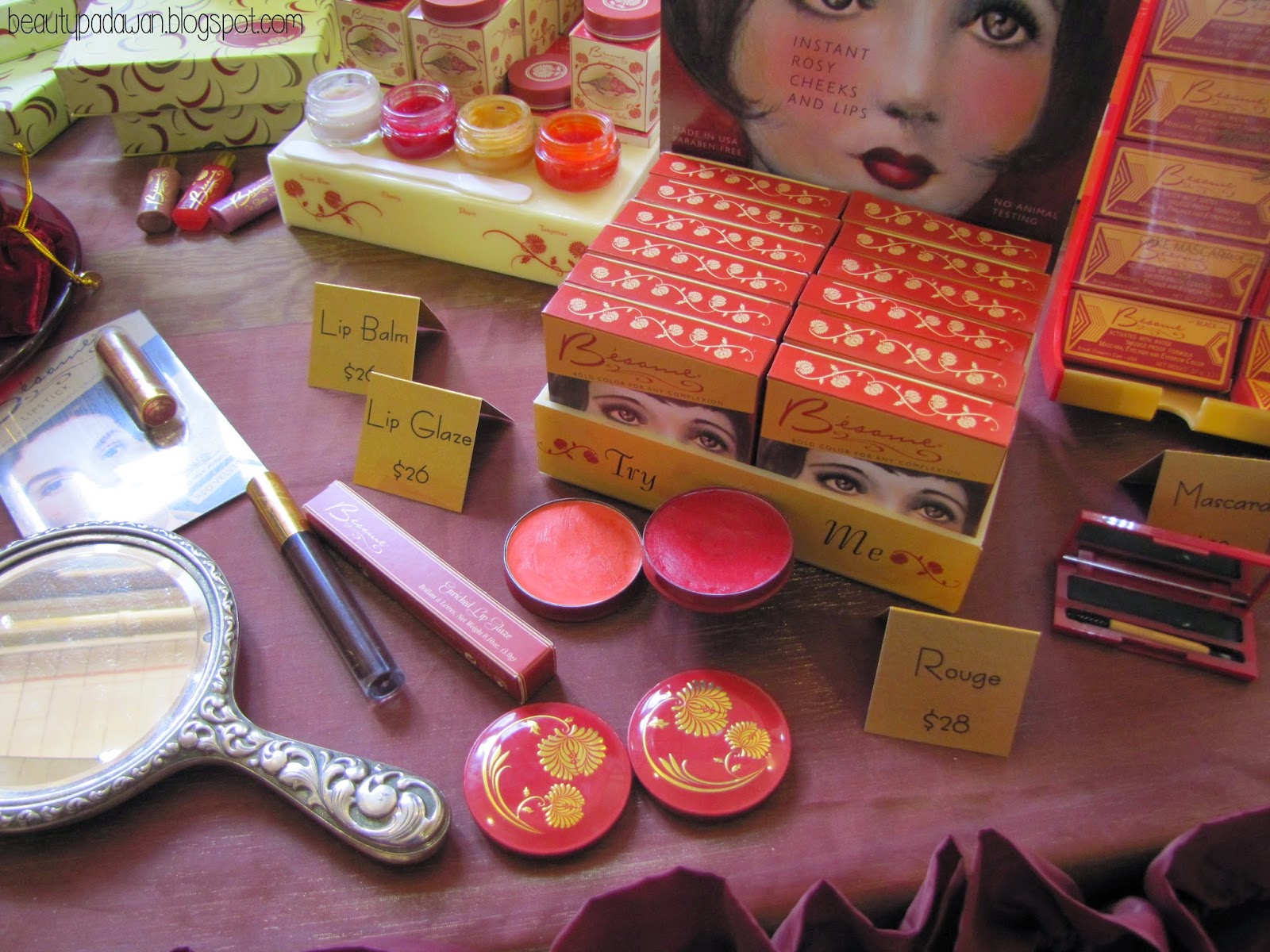 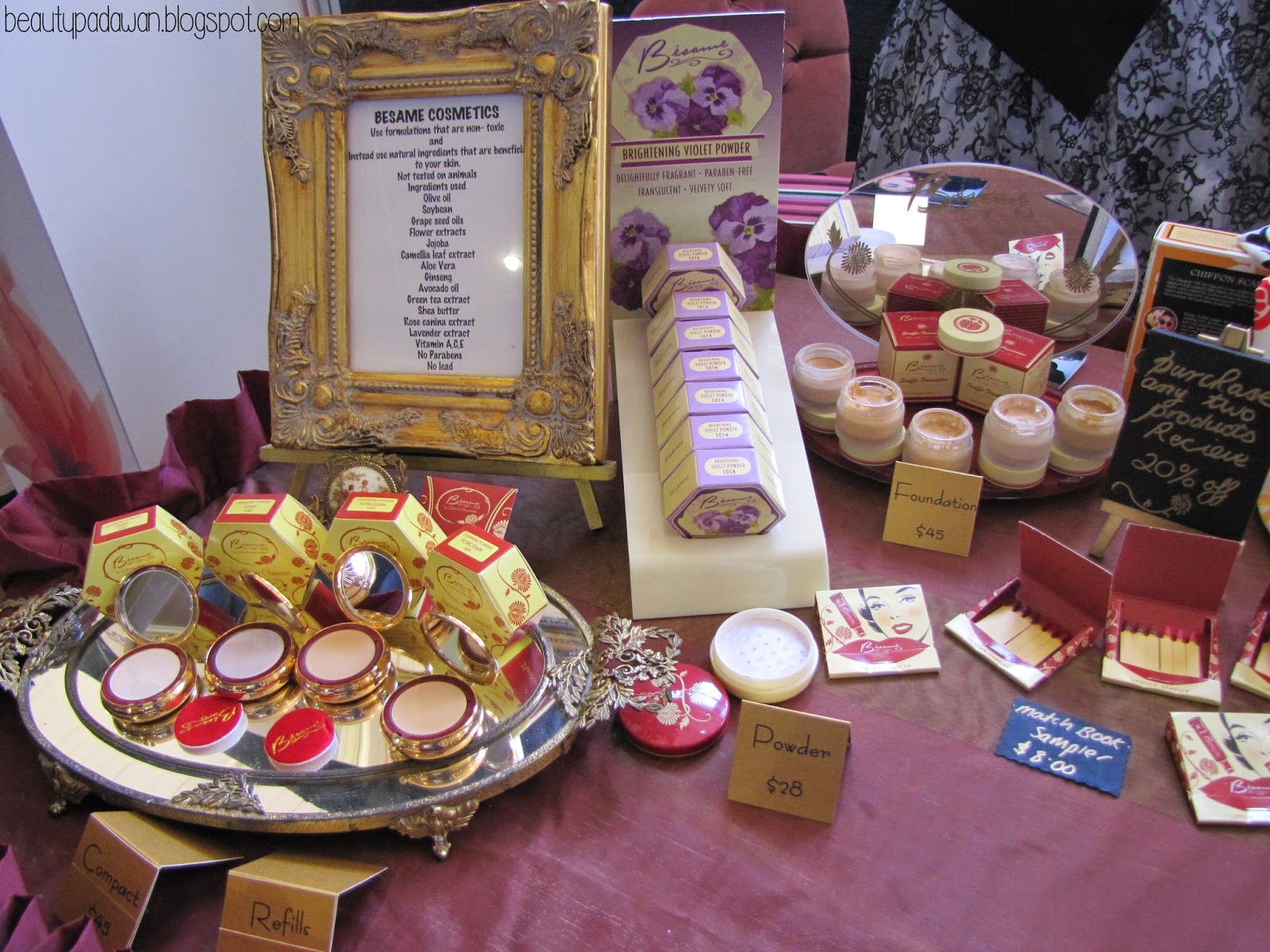 ﻿ Another brand that caught my eye was My Eco Sponge. This is a completely natural sponge made from vegetables (somehow), and different kinds of sponges are supposed to benefit different skin types. You could buy the sponges on their own, or in a pack that came with a cleansing lotion, a moisturiser and a replenishing spray. As you can tell, I got a pack, going for the one that was for oily and acne-prone skin. My mother went for a pink pack -- which I think was for normal or mature skin, I can't remember which -- but as fate would have it, she was accidentally given the same one as me. Needless to say, she wasn't pleased when she realised. 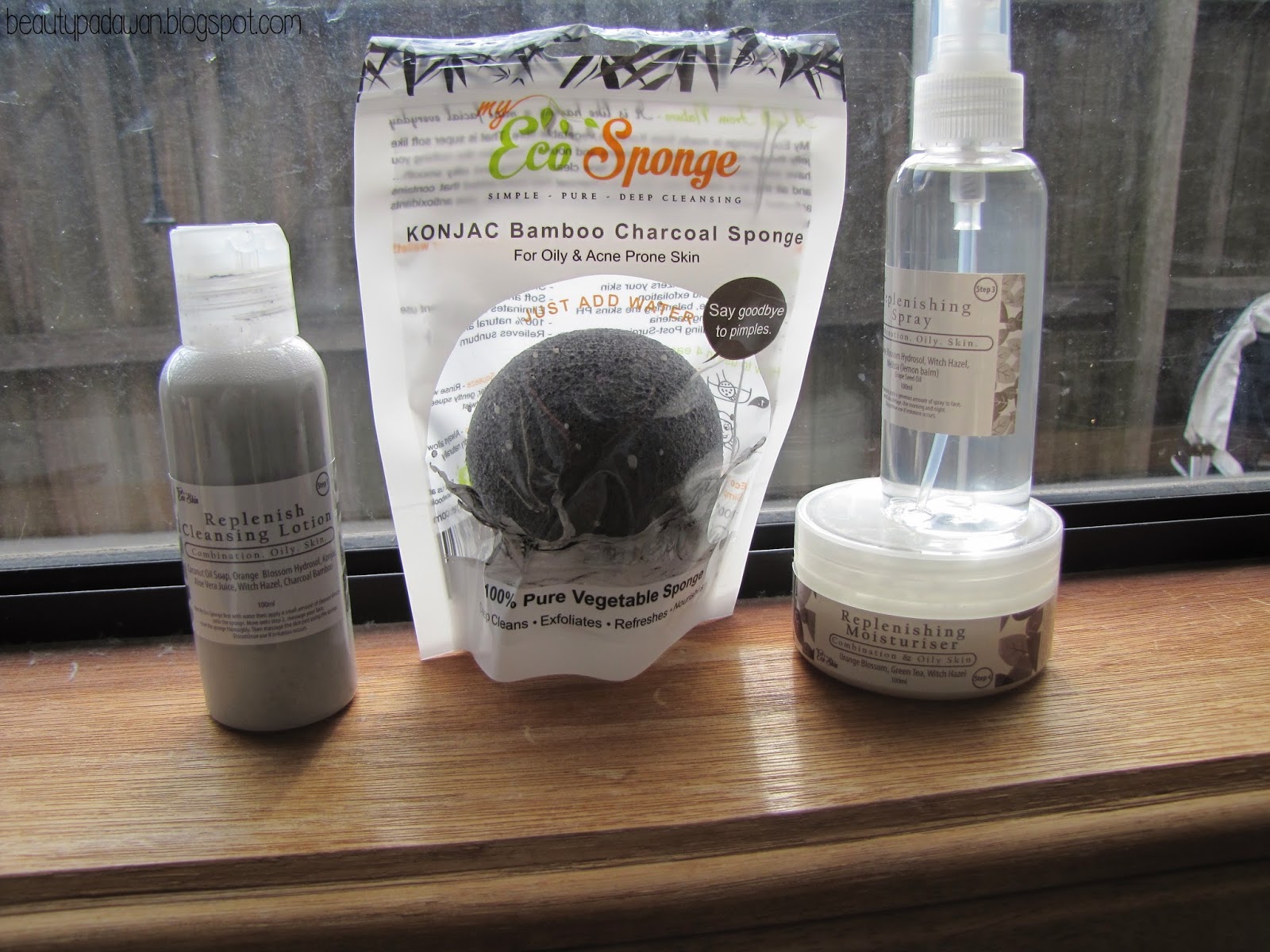 And of course, I've saved the best for last.

I feel like Rae Morris brushes to me are what Hakuhodo brushes are to other people. I look upon them and I feel unworthy. These brushes are designed by one of the best Australian makeup artists: Rae Morris -- and with hand-crafted, super soft bristles, and magnetic ends... I'm in love. I bought three brush -- the #8 medium point shader, #19 lip brush, and the #22 pro powder brush. A really great feature that I loved was that each brush came in its own sealed packet, so you knew that you were getting a fresh, brand new brush that nobody else has touched -- hurrah for germ-haters everywhere!
﻿﻿ 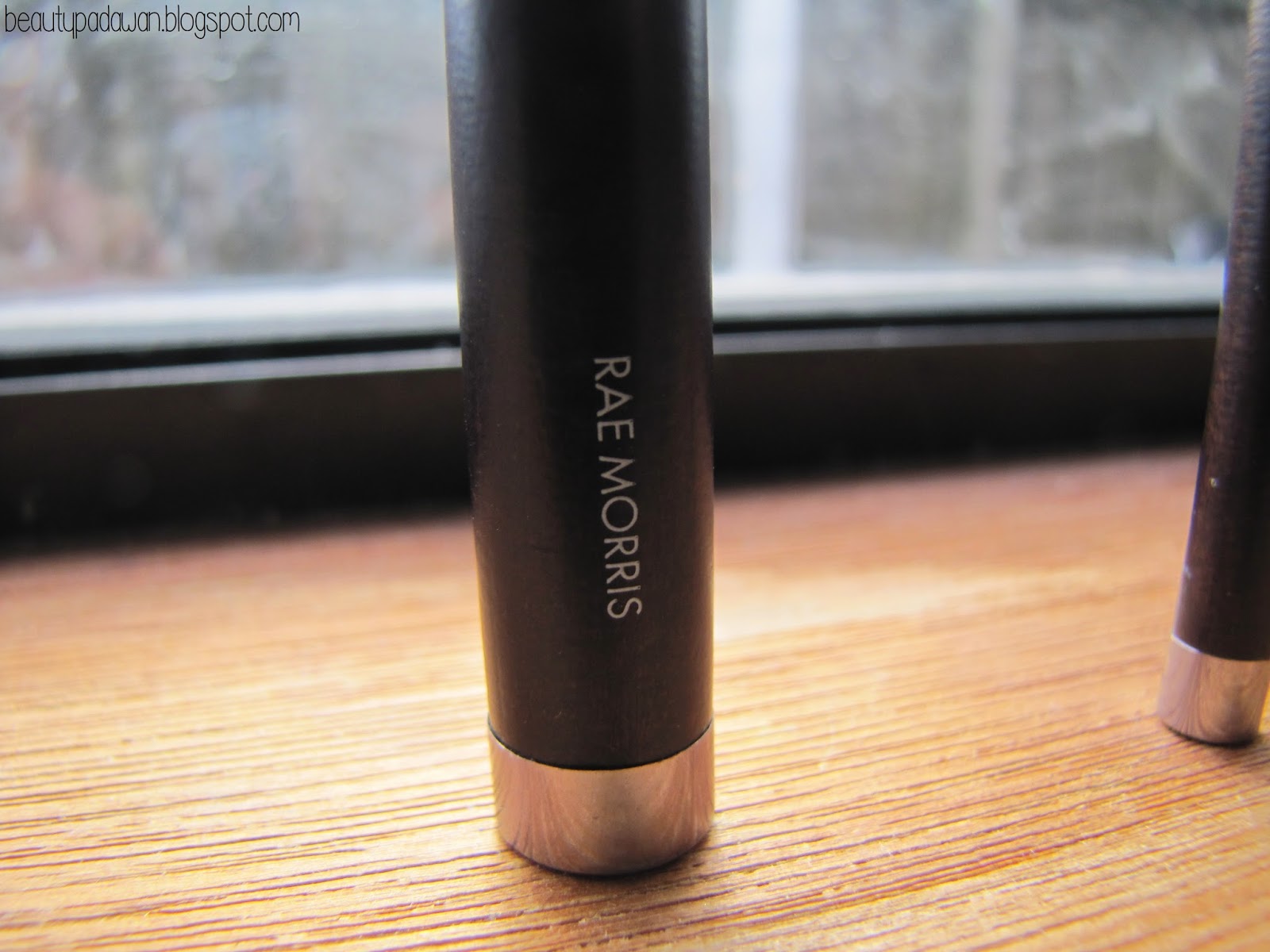 I really hope that you've enjoyed this slightly unusual event/haul post! Beautiful You Australia is an event that I would absolutely recommend to girls in the Melbourne area, and it's one that I'll be keeping an eye on to see how it progresses. It would've been nice if it hadn't been so close to IMATs (which unfortunately I'm no longer going to) so as to stagger out the cost a bit, but oh well. I'd love to hear your thoughts on Beautiful You! Have you heard of any of the brands that I've mentioned? Do you own any of their products? Let me know!