I'm always banging on about Kit Cosmetics and Mecca Cosmetica, but I've always wanted to check out their sister store, Mecca Maxima. Yesterday, I finally found myself with the time and opportunity, so I went -- after a pit stop at Myer! I got a heap of stuff, plus a couple of freebies! 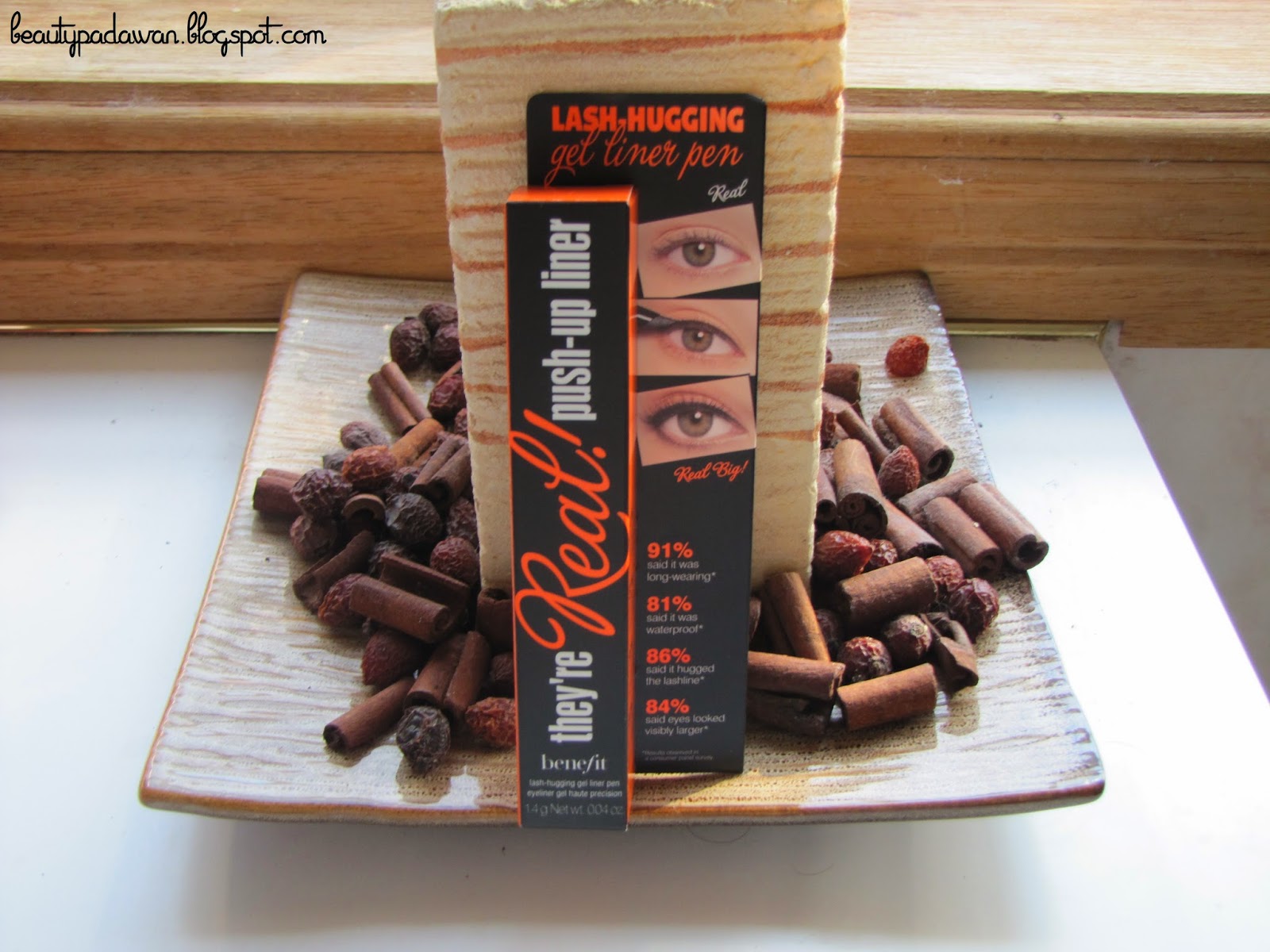 Benefit They're Real! Push-Up Liner -- I feel like I've been after this for forever! I was a little concerned that they might be all out, as it's supposed to be really popular, but the Benefit counter was fully stocked. I'm really excited to see how this turns out and I can't wait to use it. 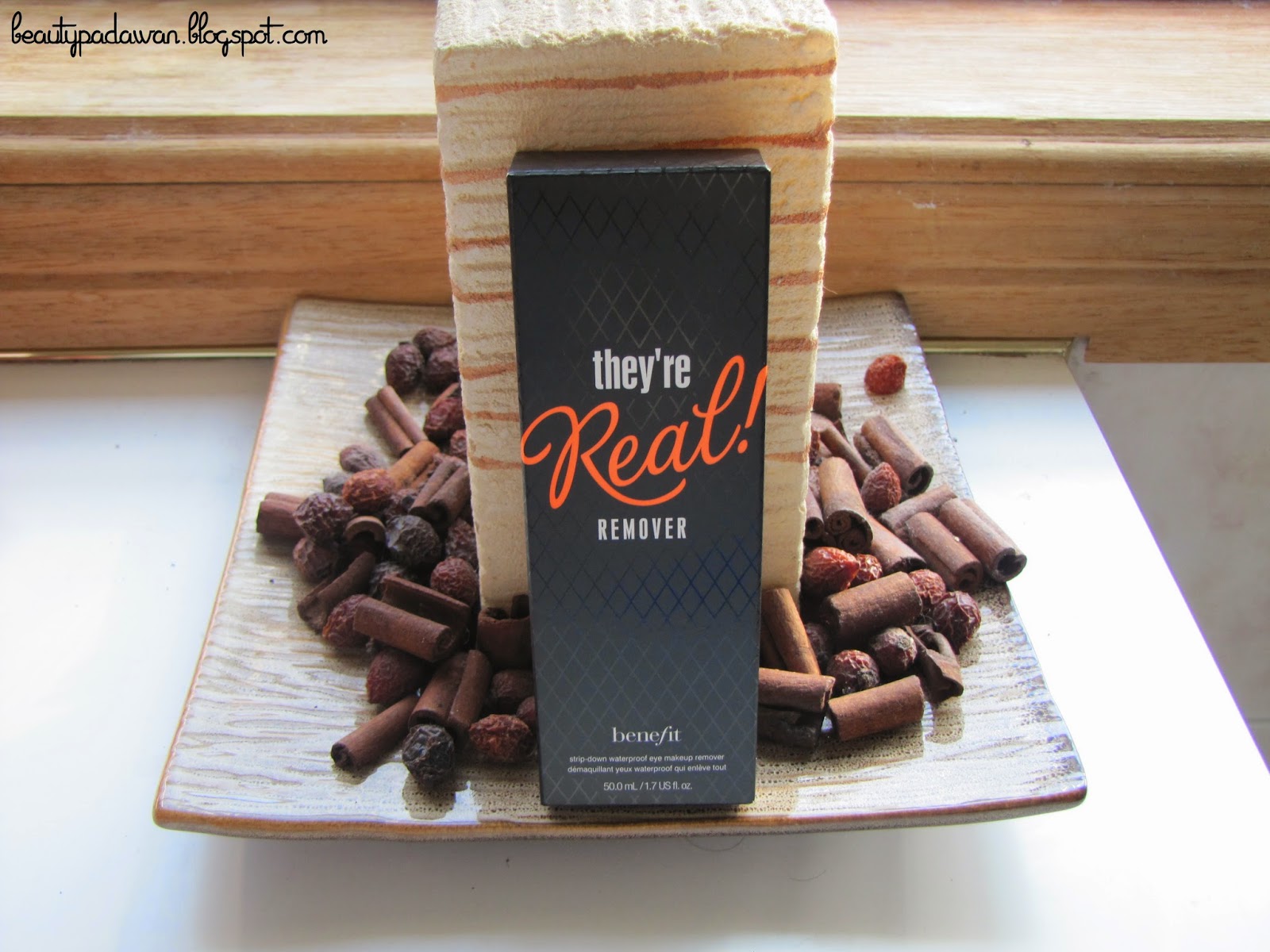 Benefit They're Real! Remover -- the gel liner is supposed to be incredibly tough to remove, so I bought this as well. I'll road test it with a few other products I already have in my bathroom, but I thought having this to be safe was a good move.

Benefit currently have a promotion in Australia where if you buy three full-priced items -- one of them being the Push-Up Liner -- you can get a cute little tote purse for free! It's a nice little idea and while I did think about it, I decided to save my money and just buy the two things I came for. The girls at the counter did try to get my to buy the matching They're Real! mascara as well, but as much as I love mascara, I know that Danielle isn't keen on it -- I trust her judgement for just about everything, so I didn't want to risk nearly $40 on something that I might not be keen on. That being said... 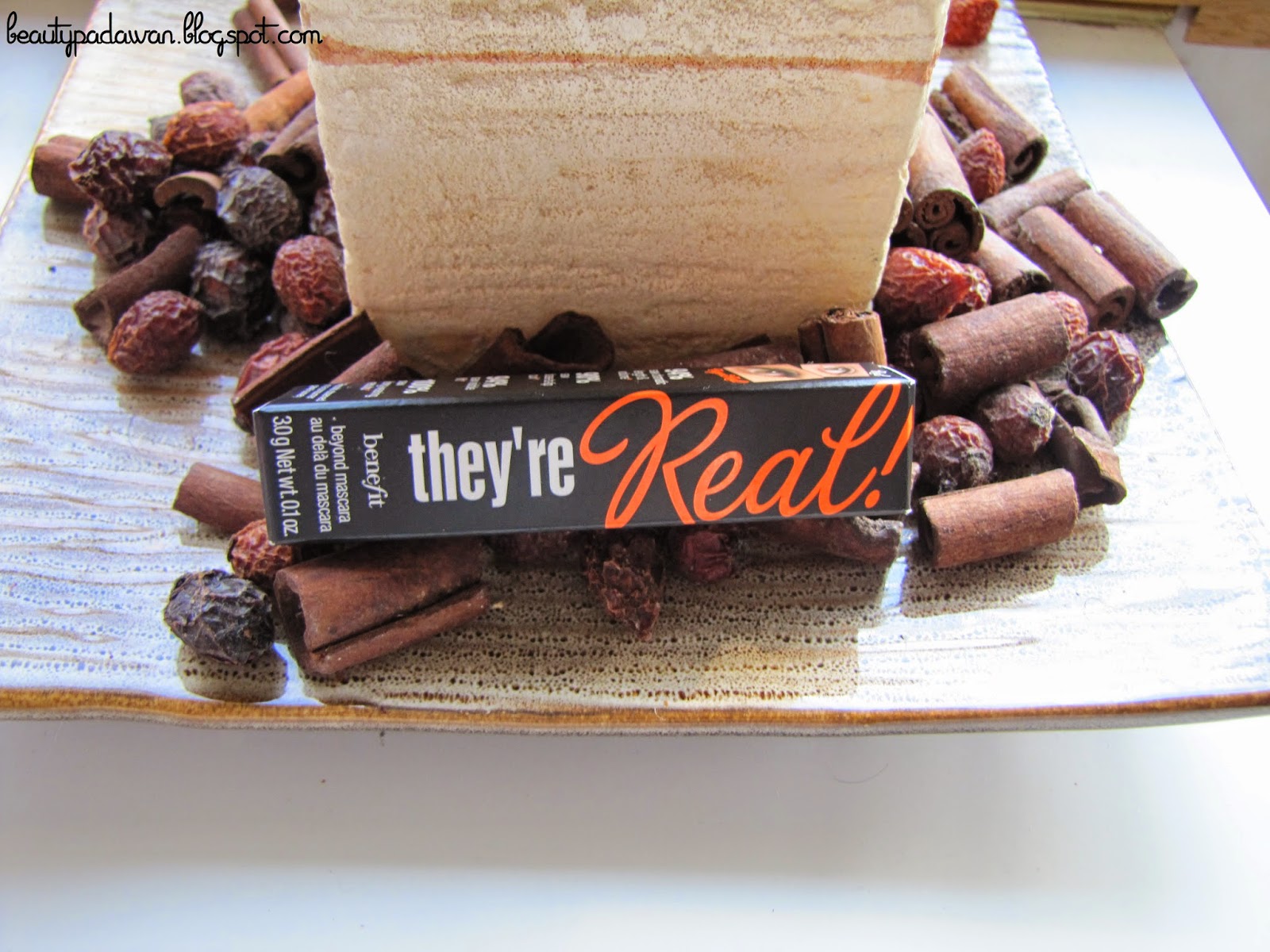 Benefit They're Real! Mascara -- they gave me a free sample! Apparently I qualified for one anyway, so I'm definitely going to give this a road test and see if it's worth the $38 price tag usually attached to it.

After Benefit, I tangoed my way like Shakira over to the MAC counter to see if they had any of the Maleficent products -- as it turned out, they'd been sold out for ages -- but there was still one of two other things I wanted, so I got down to business. 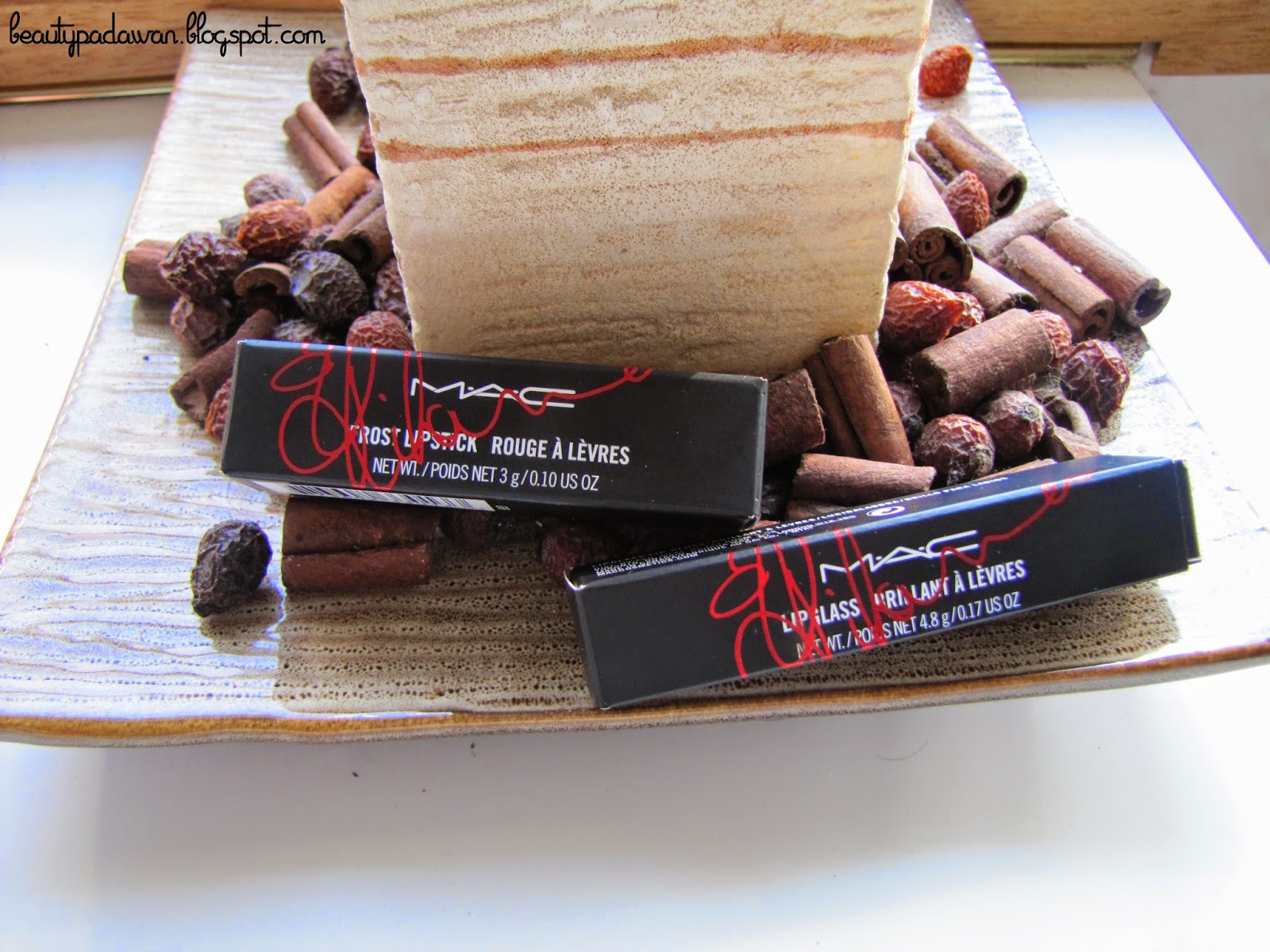 MAC Viva Glam Rihanna Lipstick -- I'm behind on her newest stuff, but as a rule I generally love Rihanna's music. The entire sale from buying a Viva Glam product go towards helping victims with HIV/AIDs, so it was an excellent reason for me to buy this lipstick! I'm very excited by it's blue-toned red colour -- reds are quickly becoming a favourite of mine.

MAC Viva Glam Rihanna Lipglass -- the Myer I normally go to never seemed to have this lip gloss, so I jumped at this when I saw it was in stock. I'm very excited because it's shimmery, so it'll be a nice change from the normally solid colours I have.

I had intended to peruse a couple of other counters, but I'd been chatting to the girl at MAC about Mecca and I was so excited to head over there, that -- I can't lie -- I totally forgot! Looks like they'll have to wait for another time. 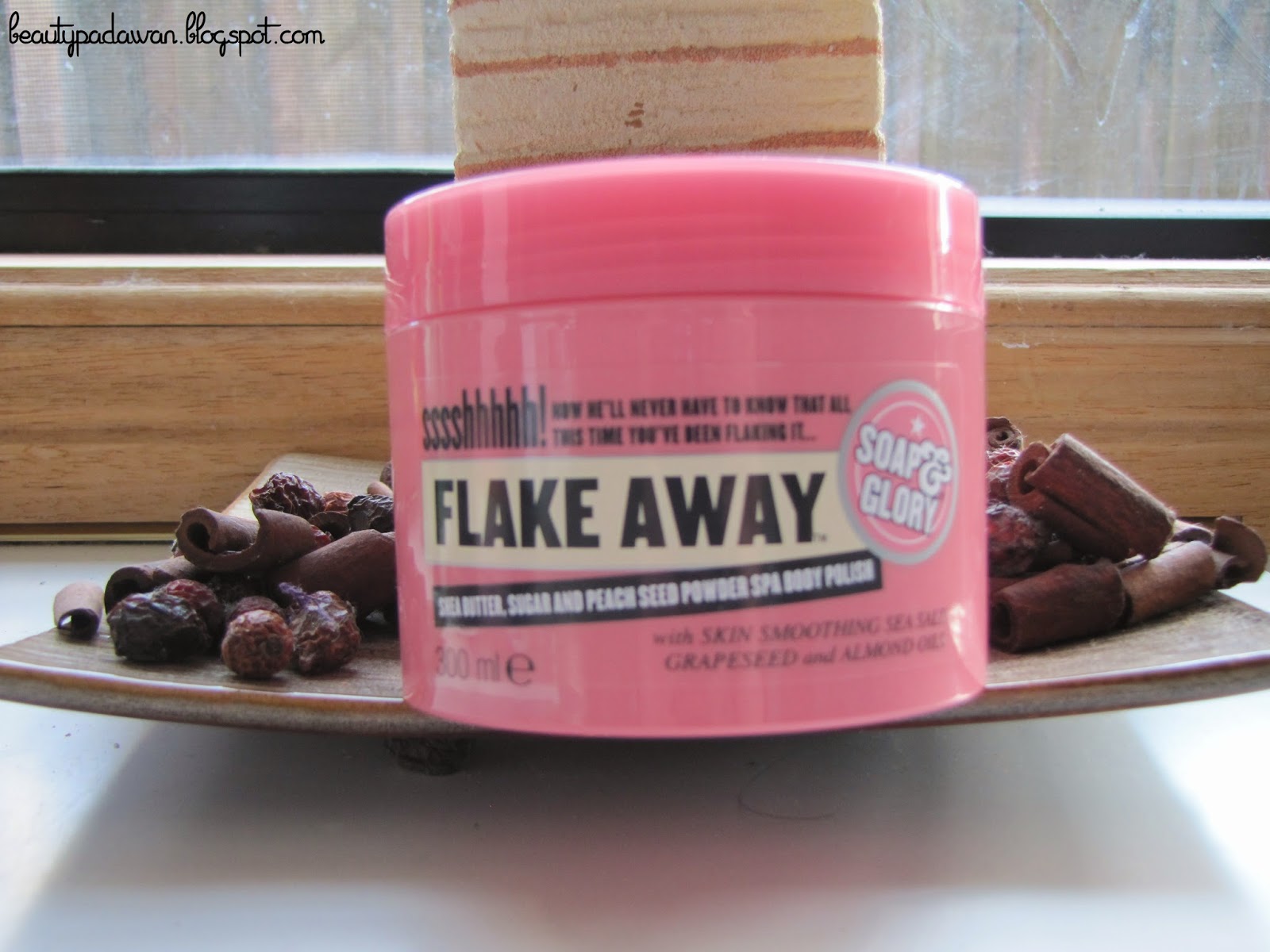 Soap & Glory Flake Away -- I've adored the little travel size tub of this that I have, so I decided to invest in a bigger one this time! In fact, I've been raving about it so much that my mum expressed interest in it, so I bought her one as well! I've written a post comparing it to Kit Cosmetic's Body Exfoliant, and that should be up in the next couple of days. 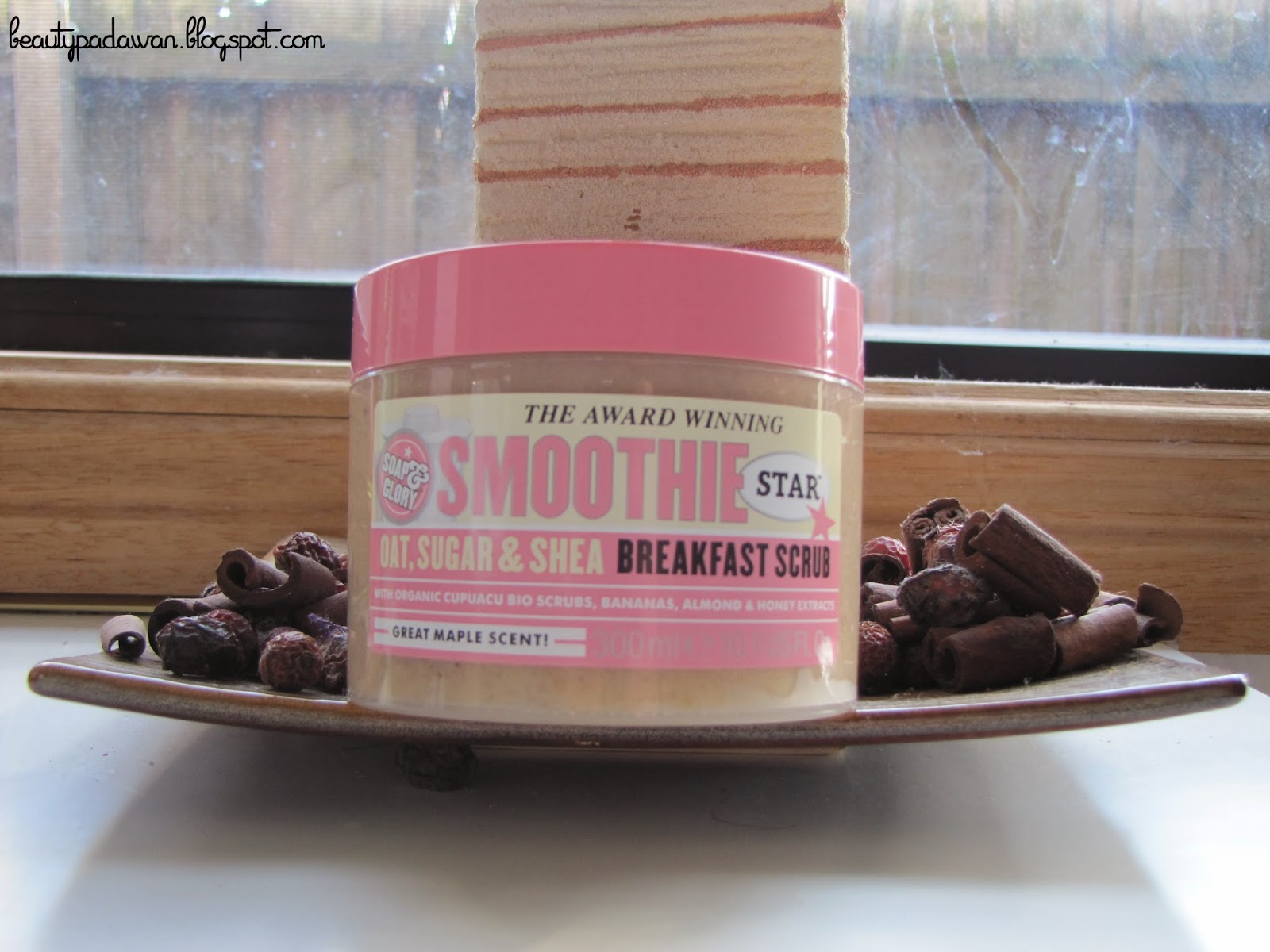 Soap & Glory Smoothie Star Breakfast Scrub -- I was originally after the Sugar Crush scrub, but Mecca Maxima was all out, so I went for this. I'm excited about the maple scent it's supposed to smell of, and I'm hoping the banana isn't too noticeable -- I cannot stand banana. 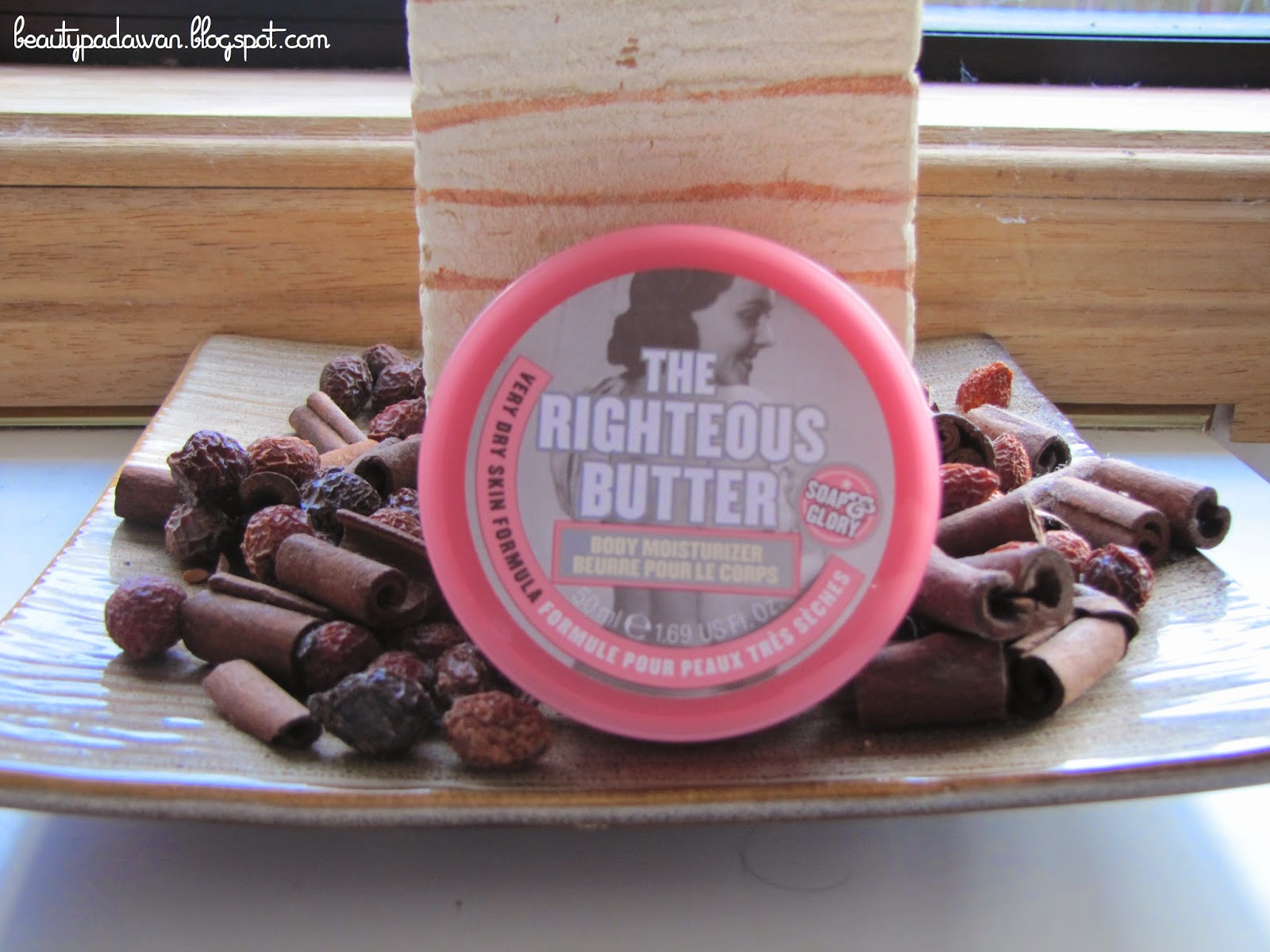 Soap & Glory The Righteous Butter -- I bought a travel size version of this much for the same reason that I bought one of the Flake Away the first time around. I normally don't have much use for body butters, but I'll give this a whirl and see how it goes on my reptilian legs and elbows.

Soap & Glory Sugar Crush Body Buttercream -- like the Breakfast Scrub, I was originally after the Sugar Crush body butter as well, but they only had a tester out and none to actually buy -- so the girl at Mecca Maxima put some into a little tiny sample container! It was really sweet of her, so I'm definitely excited to use it up. 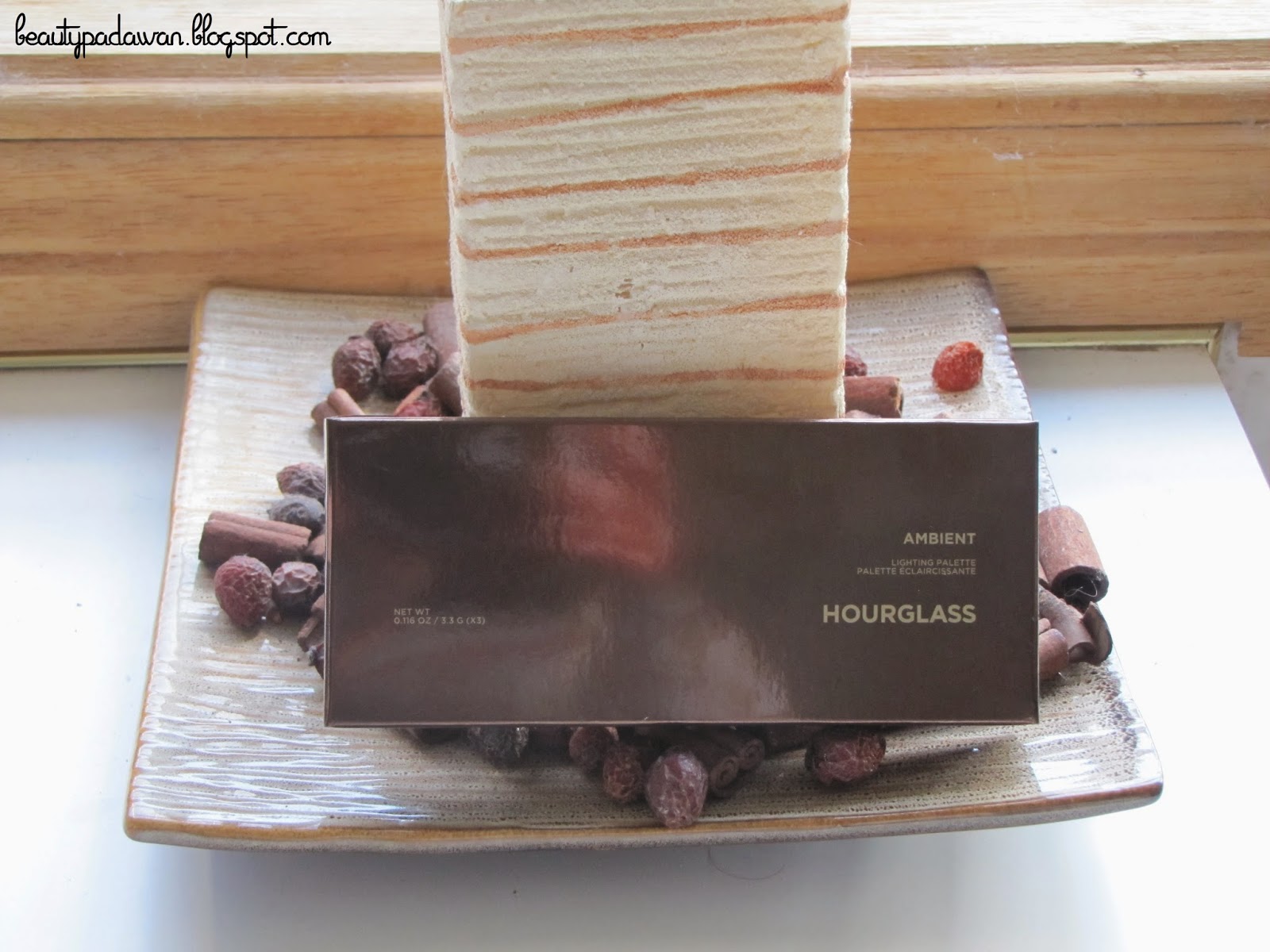 Hourglass Ambient Lighting Powder Wardrobe Palette -- I have wanted this for a while (in fact, it nearly made my first Crave & Covet list!) because I've wanted to start experimenting with highlighting. Rather than umm and uhh over the six available highlighter shades available, I decided that this would be the best thing to buy to start me off. It has three smaller-sized highlighter powders inside: Dim Light, Incandescent Light (which is limited edition!), and Radiant Light. I love Hourglass products, so I'm super thrilled about this! 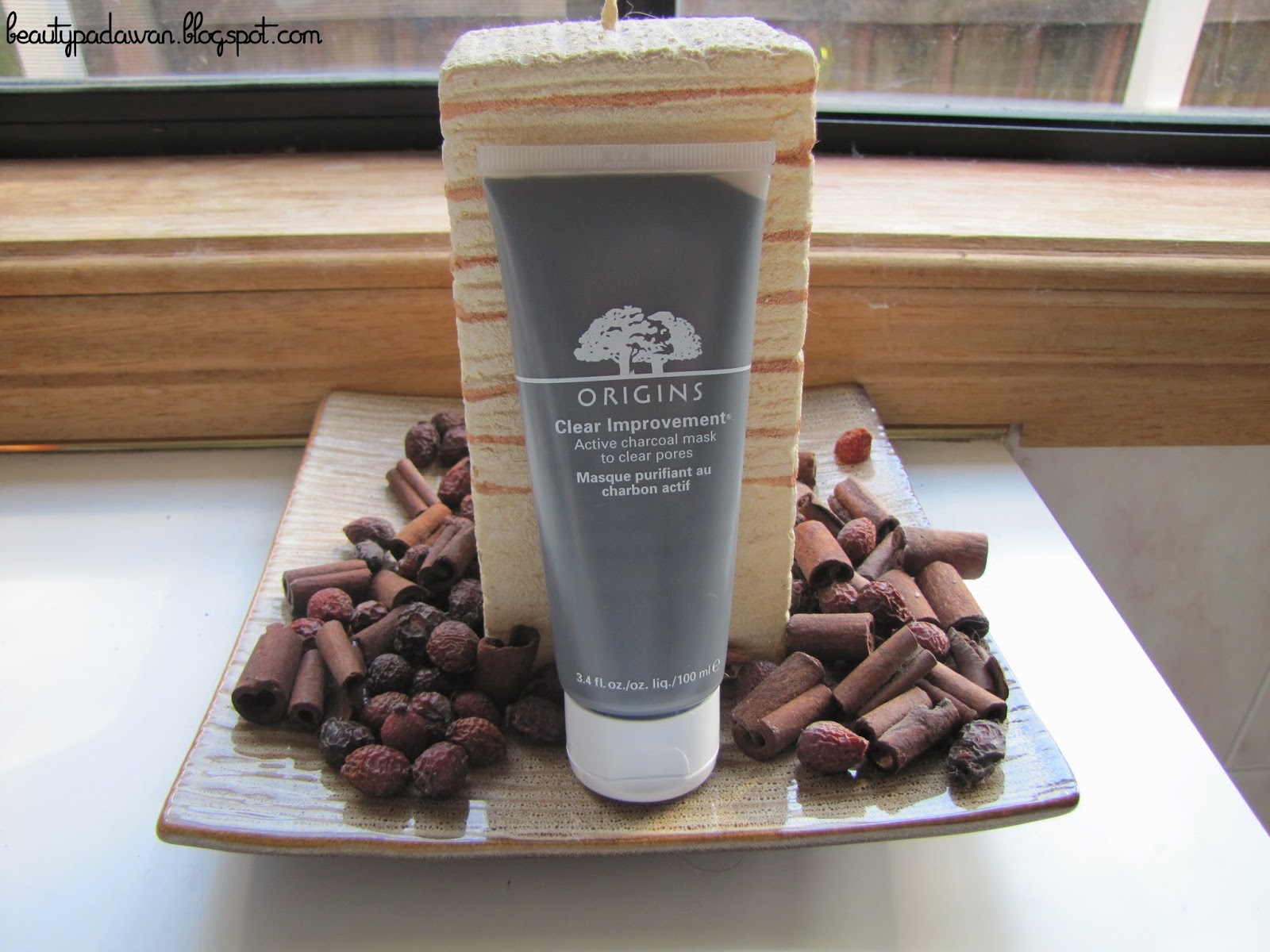 Origins Clear Improvement Active Charcoal Mask to Clear Pores -- I bought the 10 Minute Mask for Problem Skin a while ago and I've pretty much fallen in love with it (you can see my review here!), so I knew that I was going to buy this one. It's supposed to help with blackheads and I hope it's just as good! 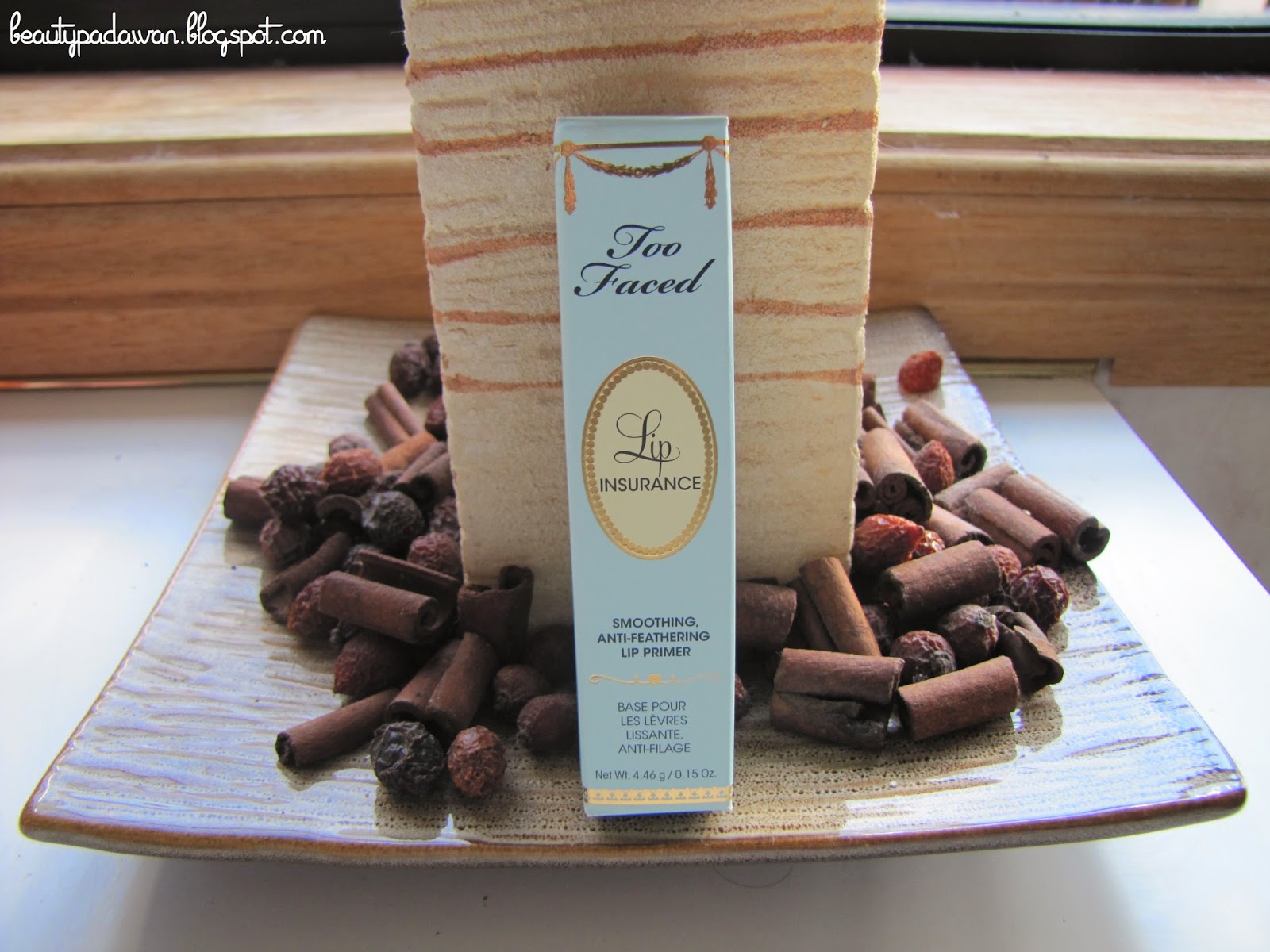 Too Faced Lip Insurance -- I've noticed one or two of my lip products starting to bleed just the tiniest bit lately, but unfortunately it's noticeable because they're red. I use the Shadow Insurance all the time (which more or less works), so it'll be interesting to give this product a shot. 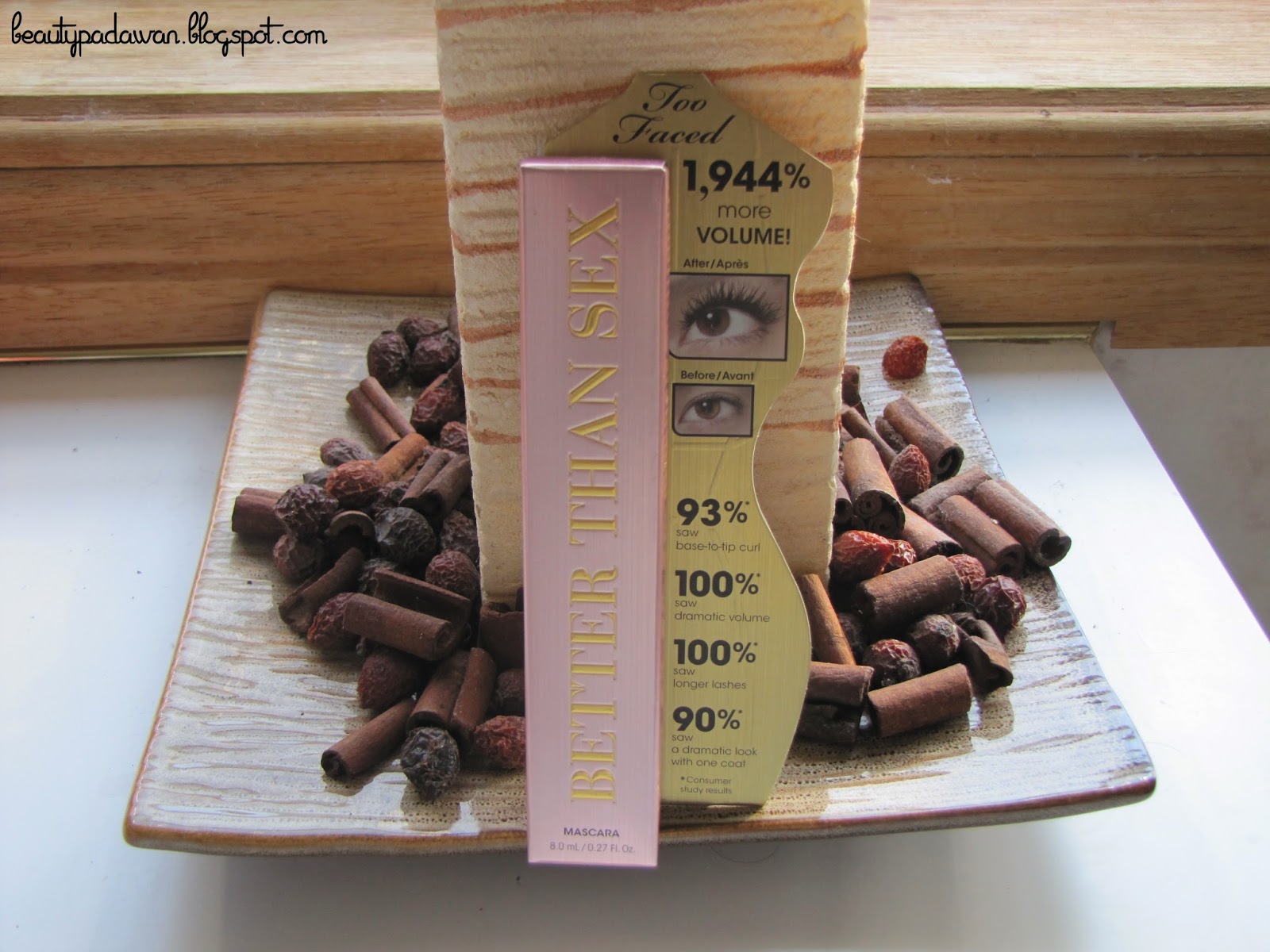 Too Faced Better Than Sex Mascara -- I bought this for my mum, because her lashes always seem a lot straighter than mine and it never seems to me like she's wearing mascara. This is supposed to give you everything -- volume, length, definition and curl -- and the girl at Mecca raved about it so much, that I thought it might be the right thing for her. It's safe for people who wear contact lenses, which is good for my mum. Aaaand I can't lie, I ended up buying one for myself. I just love mascara that much. 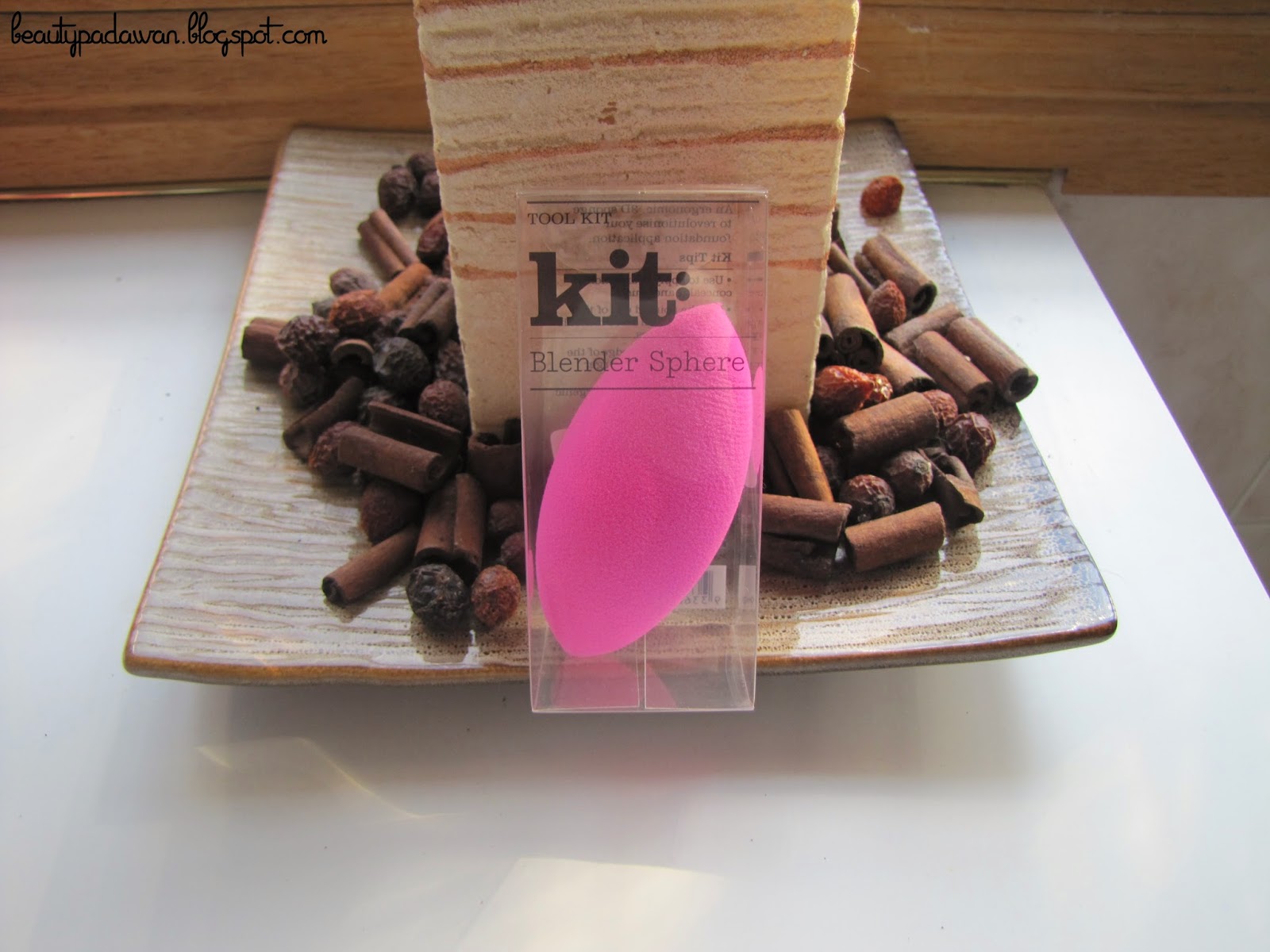 Kit Cosmetics Blender Sphere -- the Kit Cosmetics dupe of the Beauty Blender, I bought one of these for my mum a while ago and she really likes it. I got this for free! It's a current promotion within all Mecca stores for spending a certain amount -- it's awesome to get something back! 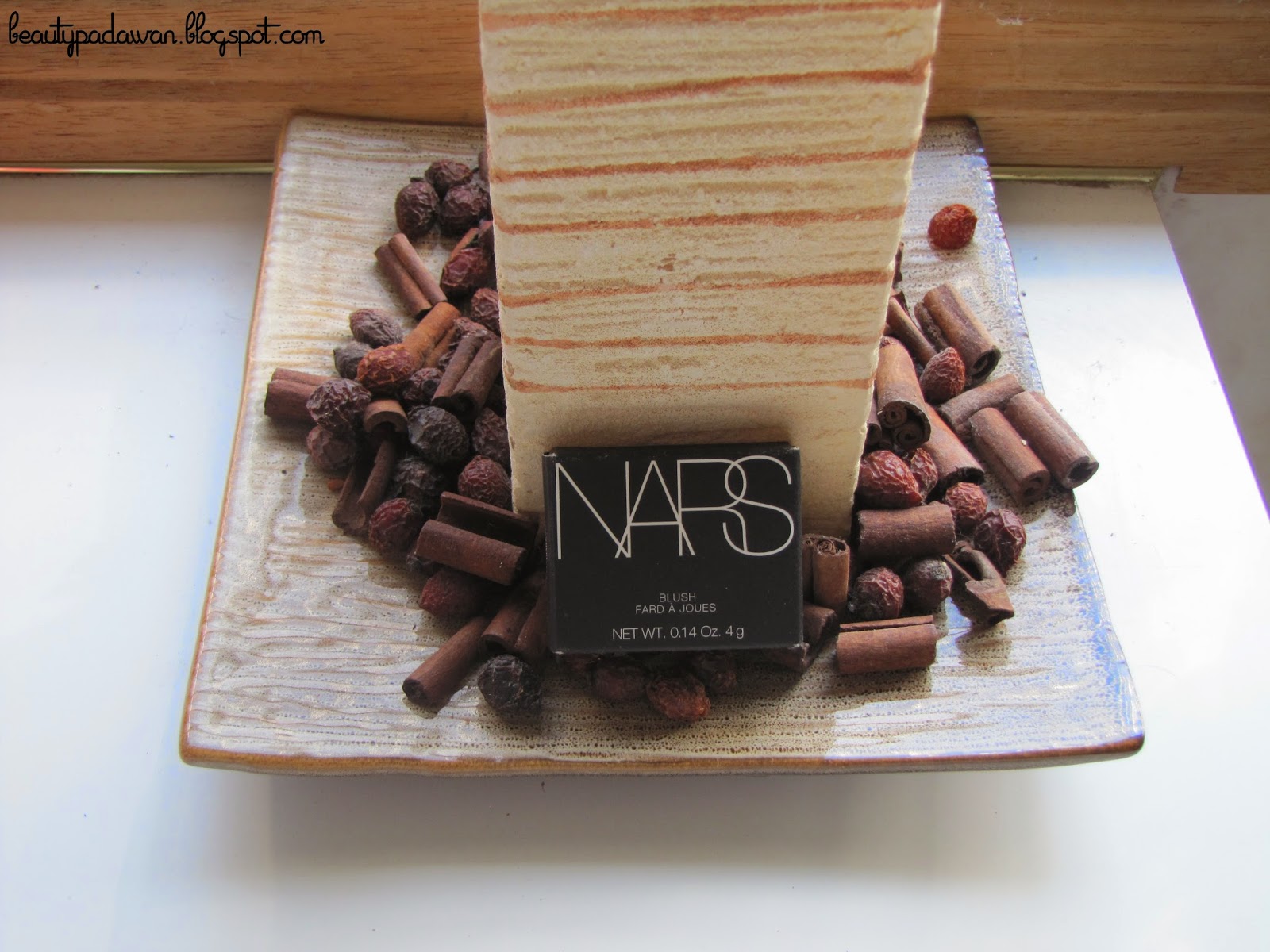 NARS Blush in "Deep Throat" -- okay, let's take a moment to either giggle or roll our eyes... aaaand now we're grown ups again! This was another sample given to me by the girl at Mecca! I'm honestly not sure why she did -- she mentioned quickly that she was going to get it, went out the back to retrieve it and popped it into my bag! Either way, this is the second NARS product that I've gotten for free, and there's really no such thing as too much blush... unless it's on your cheeks.

And that's all I got in my haul yesterday! Have you used any of these before? What are your more recent purchases?